After two month of shelter at home, I did finally venture out in the car to see something other than the house or my bike routes.  I swung by Paine Field to see some of the stored Southwest 737s that are there.  Planes seem to have been arriving and then heading out again so I don’t know what the overall plan is.  They also seem to have moved from where they were when they first came in.  I got to see a few of them scattered around near FHCAM.

These jets look like they are in place for a while.  The nacelle inlet which is normally unpainted metal is currently covered in some black coating which runs on to the inlet blanking.  The exhaust ducts are similarly blocked up.  The jets are arrayed around the ramp and, while behind the fencing, the use of a monopod with a ball head and the remote shooting app from Canon allowed me to see what the shots looked like and to take the pictures.  I went with a few panos since things are rather close to the fence in some places. 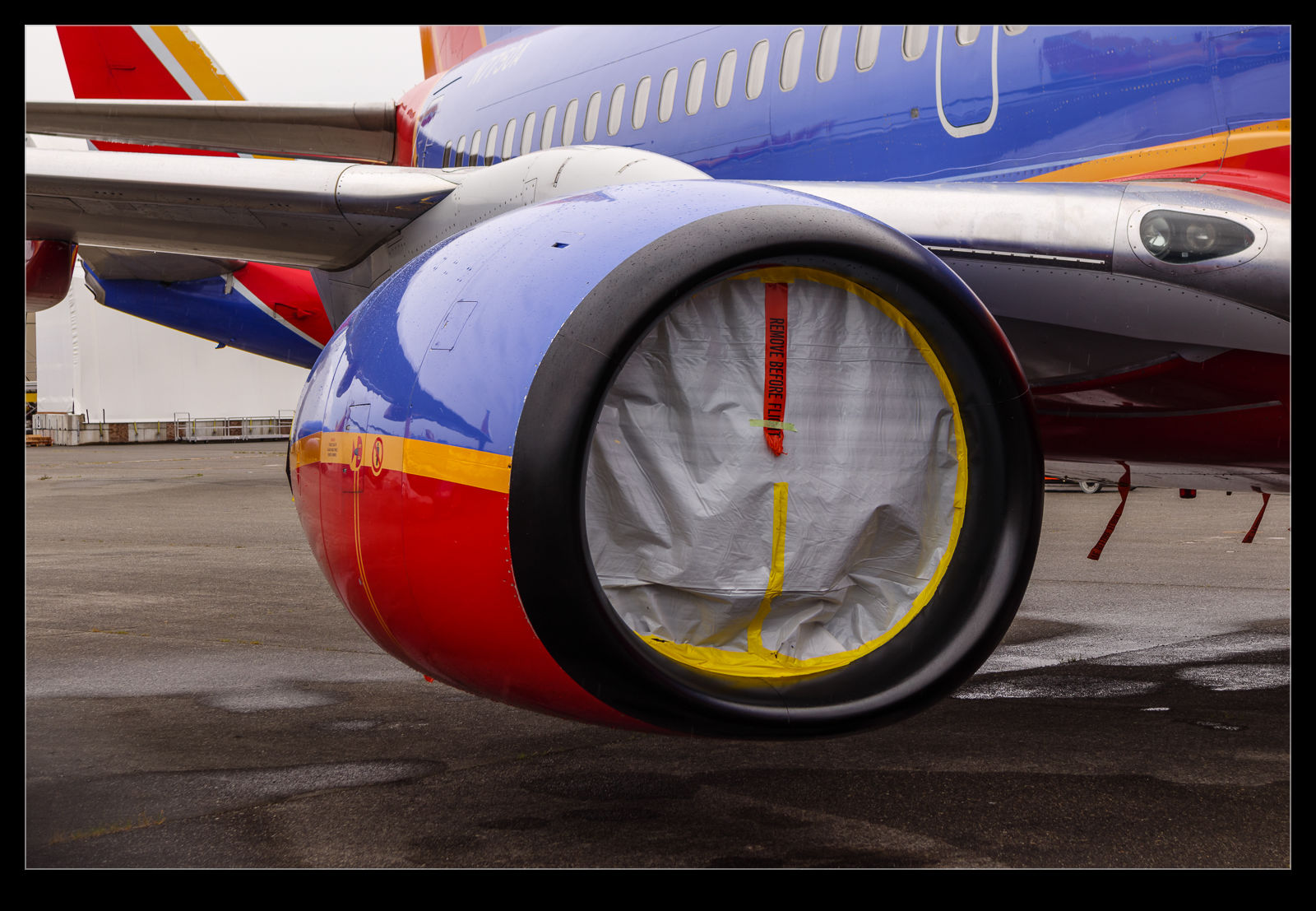 I hope these jets are back up and working before too long. 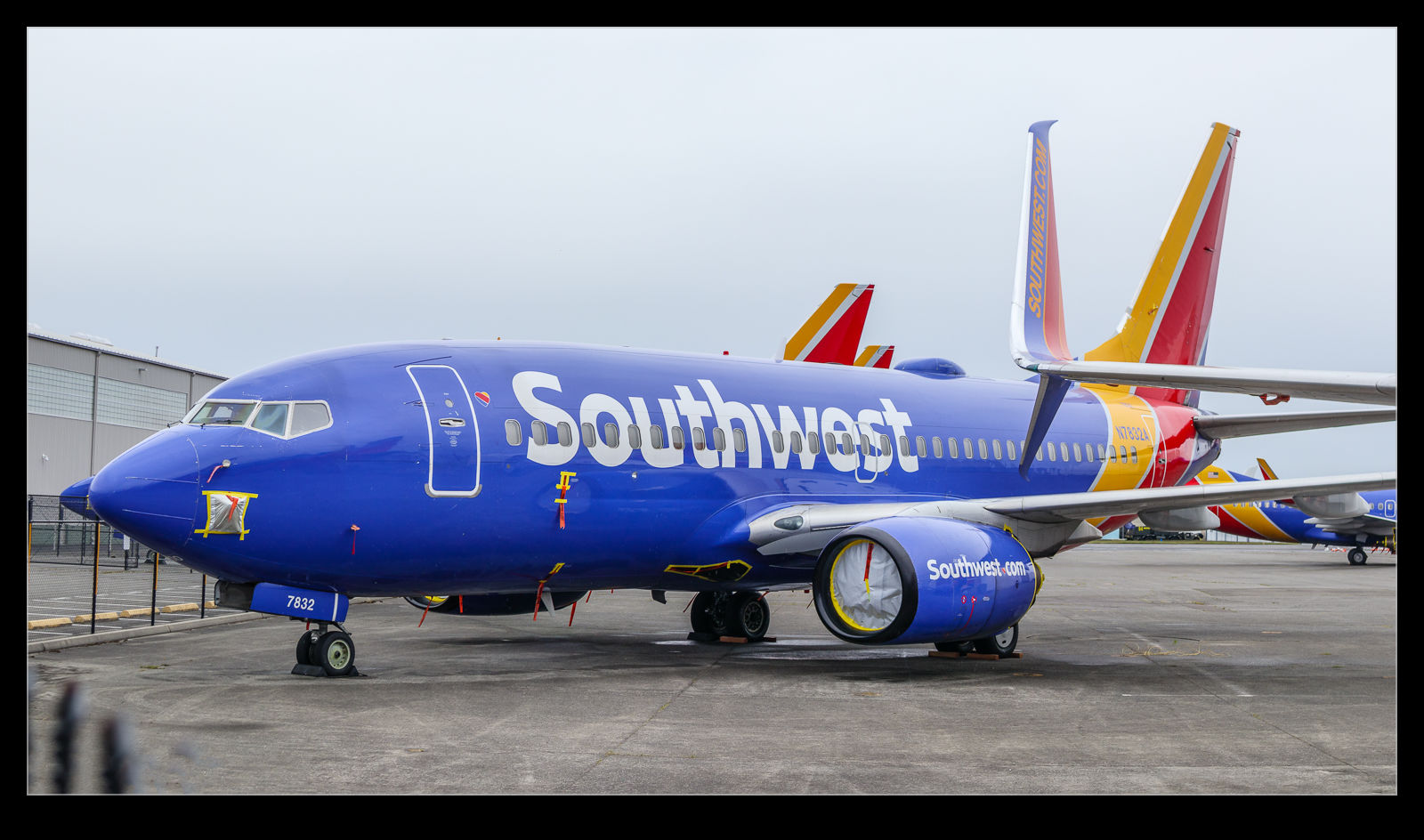