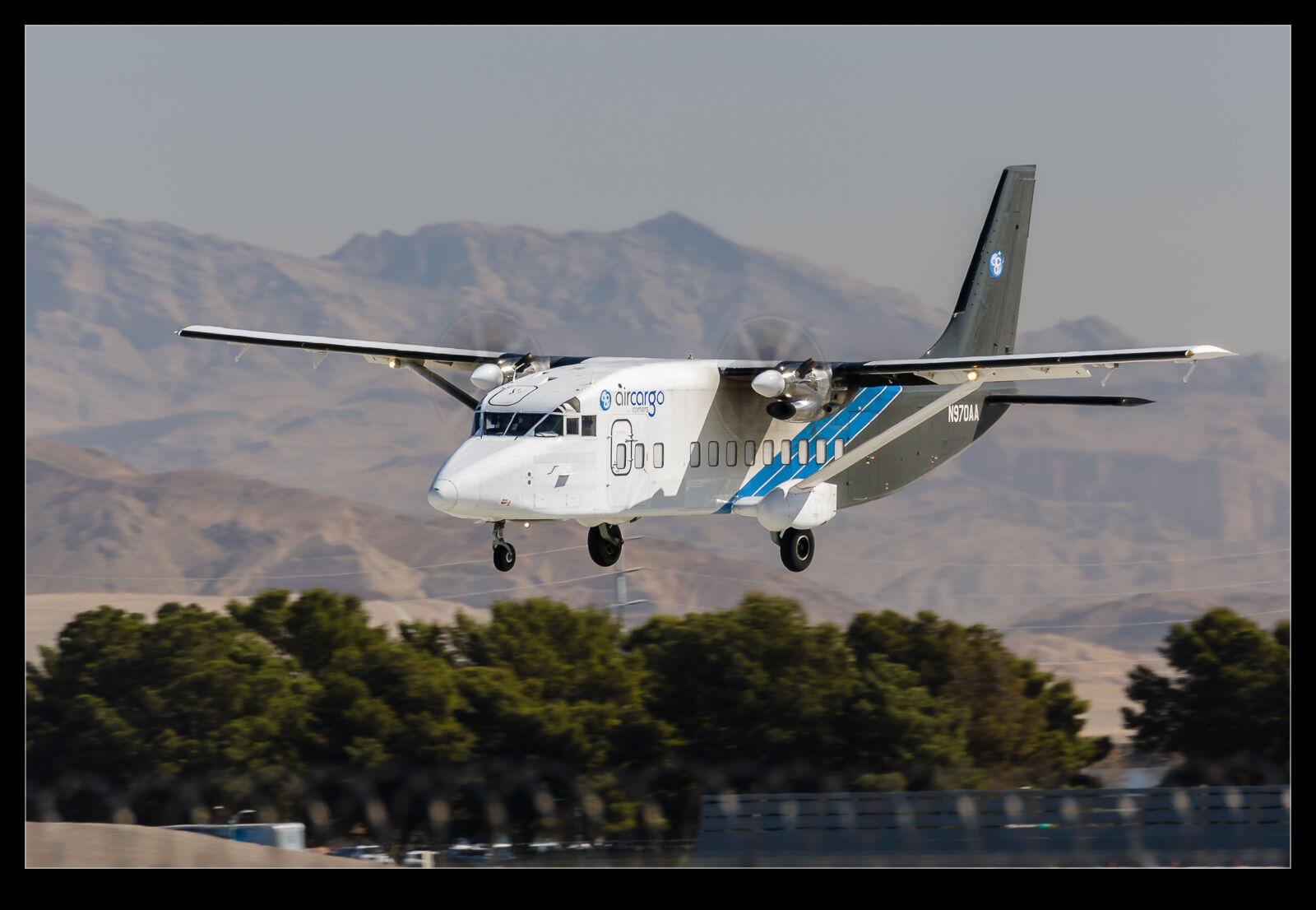 Sometimes, when in Nevada for Red Flag, I will head down to McCarran in the morning to shoot some of the airliners prior to heading back to Nellis.  This time, I barely went down that way.  However, I did see a movement that caught my attention.  There is a daily rotation of a Shorts 360 freighter from Phoenix up to Las Vegas.  I haven’t shot a Shed for a while and figured this was worth a look. 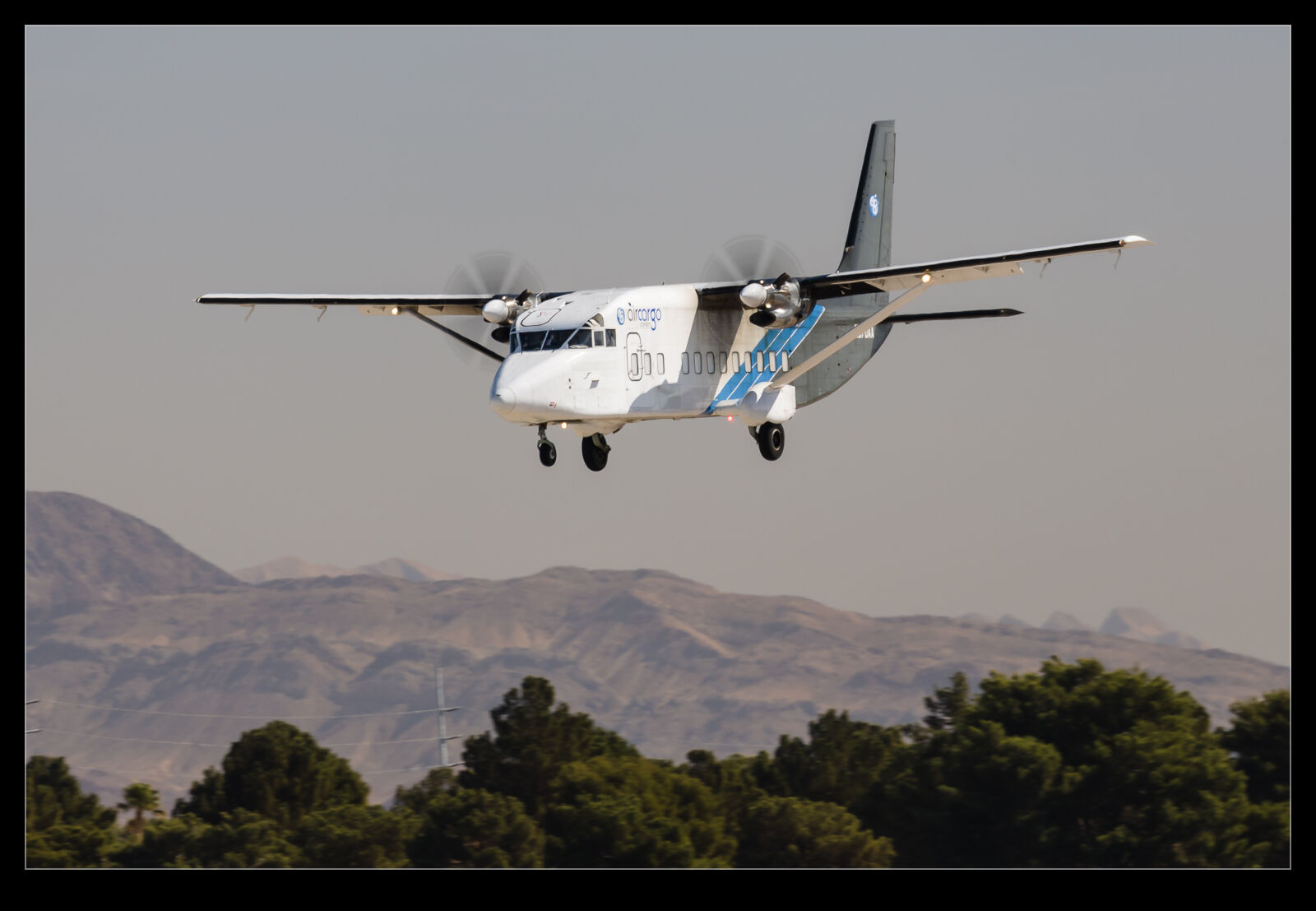 There is a viewing area along the south runway at McCarran but it was closed for COVID and hasn’t been reopened yet.  Short staffing means it is low on the airport’s priorities which kind of makes sense.  Consequently, I ended up scoping out a parking lot that would give me an alternative.  It was pretty hot and heat haze is always a concern plus I didn’t know whether to use the long lens or the zoom.  I used a couple of jets coming in before to decide what to do and also stuck the polarizer on to cut the light down to get better shutter speeds for the props.  Then the box on wings came on to the approach and I grabbed some shots.  If you had told me 30 years ago I would make an excursion to photograph a 360, I would have laughed.  Now they are rare enough that is exactly what I do! 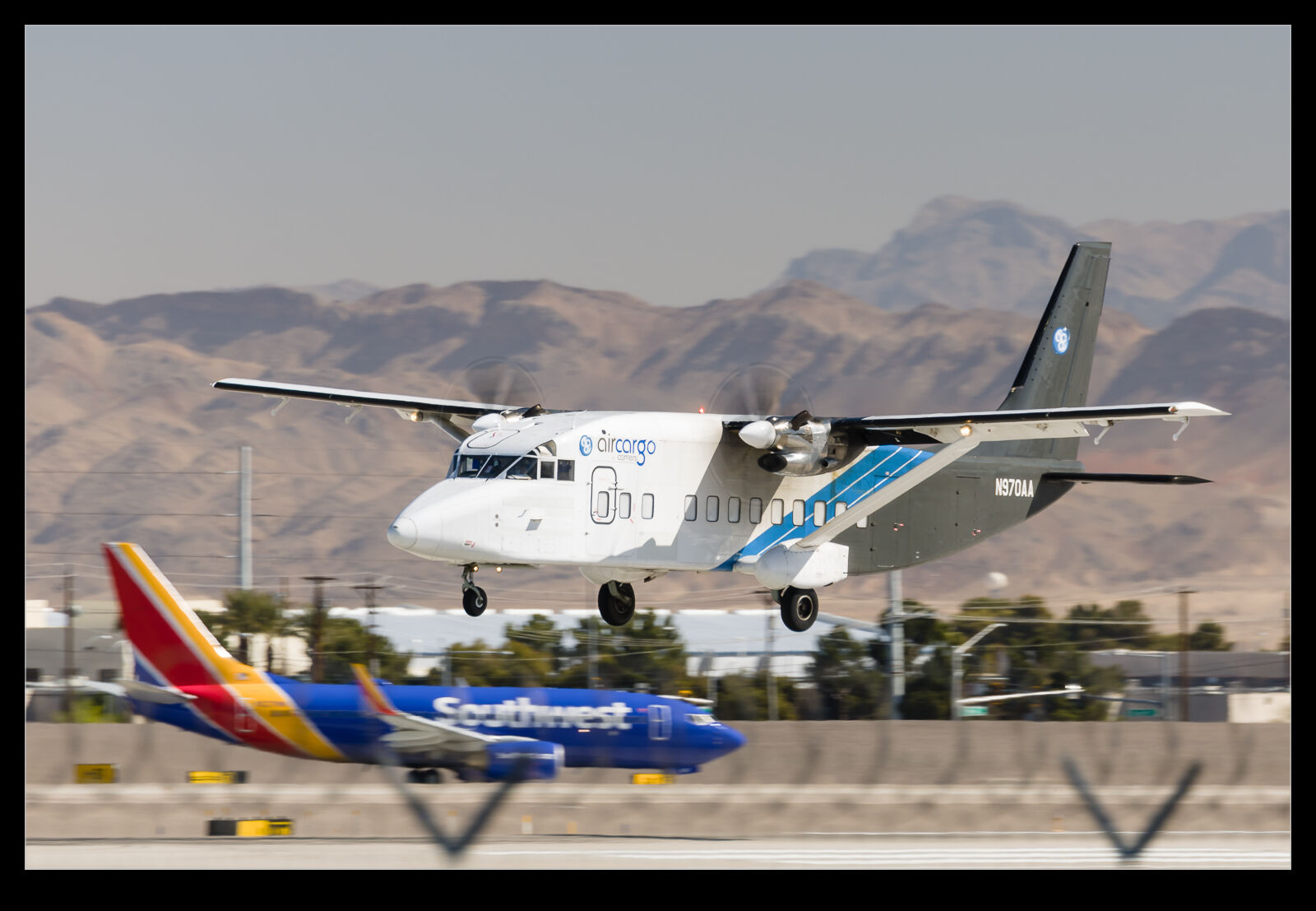