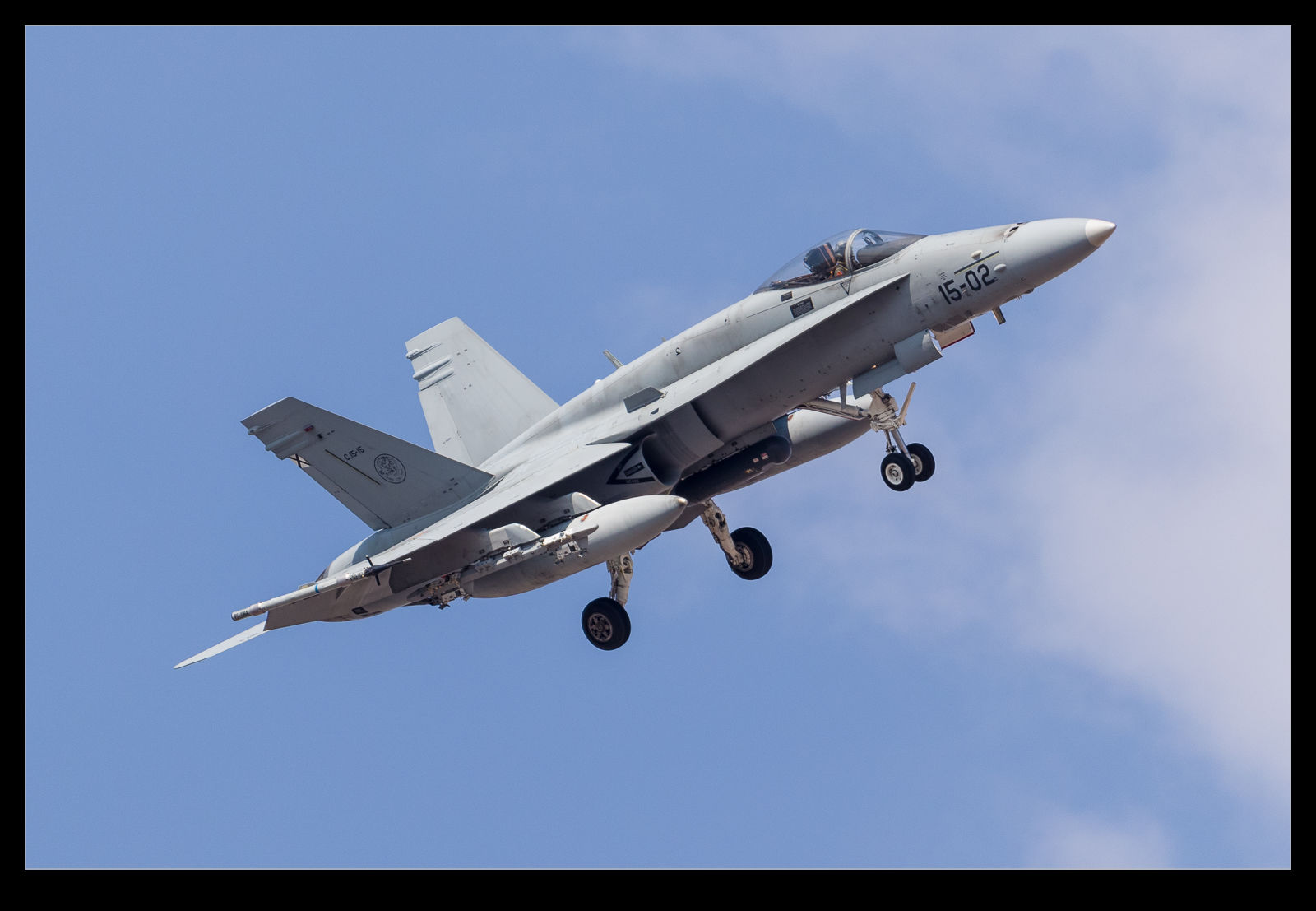 It has been a long time since I last saw some Spanish Air Force Hornets so I was glad to see them at Red Flag.  They may not look very different to the Navy and Marine Hornets but still, some variety is worth it.  It was the second week of the exercise so I would have expected everyone to be pretty familiar with the operations around the pattern.  However, the Spanish guys seemed to have some different ideas. 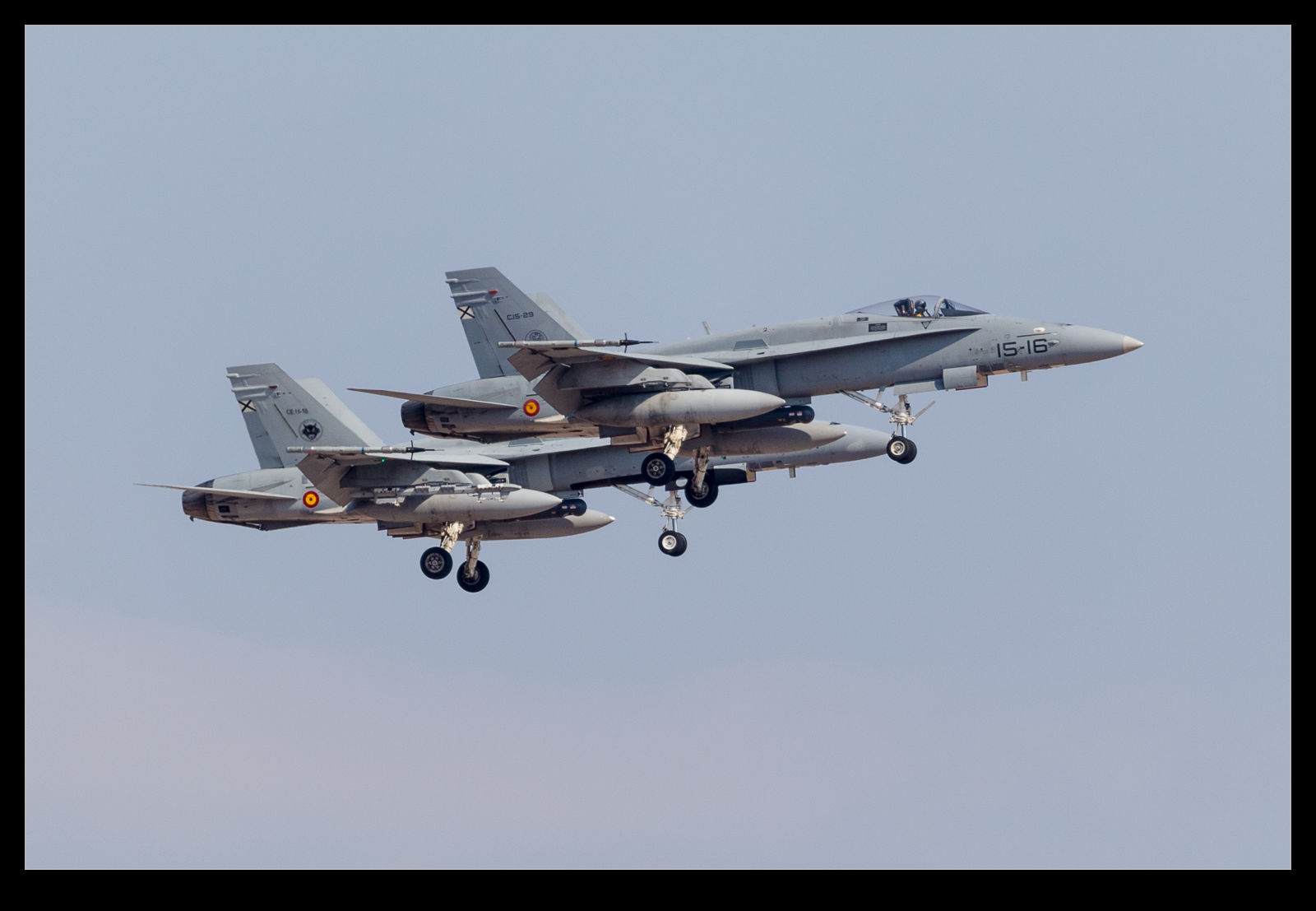 They were certainly interested in keeping the patterns tight.  I don’t know whether they convert to type with the Navy and are trained to fly tight or whether that is just their nature.  However, on one occasion, the pilot came way inside the downwind line while another jet was flying that line and he was going to end up cutting them off.  I guess he realized at the last moment because he turned left to get back out where he should have been.  A bit strange to watch! 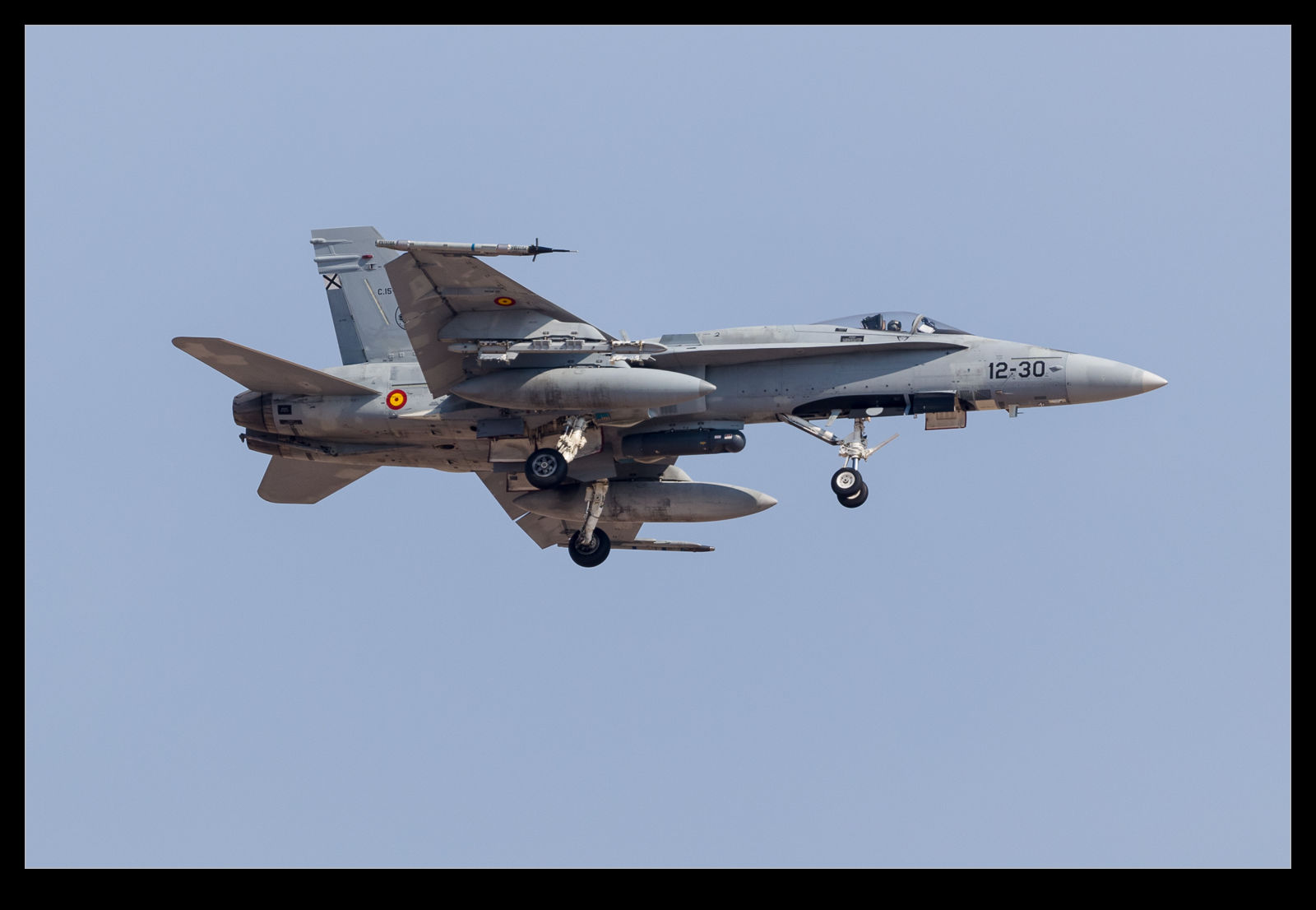