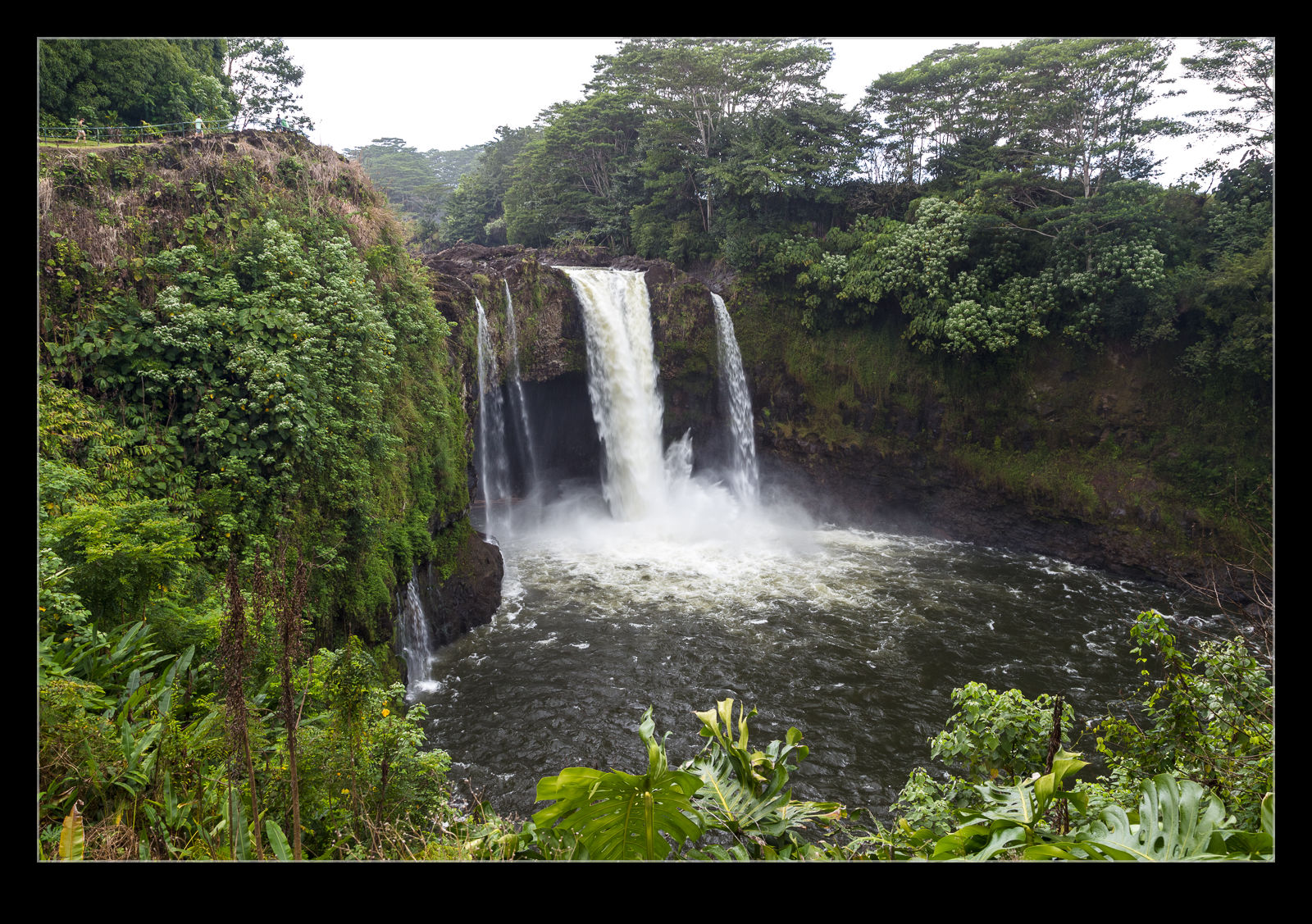 We were heading out of Hilo and starting back in the direction of where we were staying but our route took us almost directly past the Rainbow Falls.  Having already seen some good falls on this day, we were curious but not determined to see these falls.  Moreover, it was looking a bit overcast as we drove up.  This was the beginning though.  As we pulled into the parking lot, the heavens opened.  It was hammering down.  Having got there, I figured I would take a look anyway although Nancy was quite happy to wait in the dry.  Your intrepid photographer had to bear witness though. 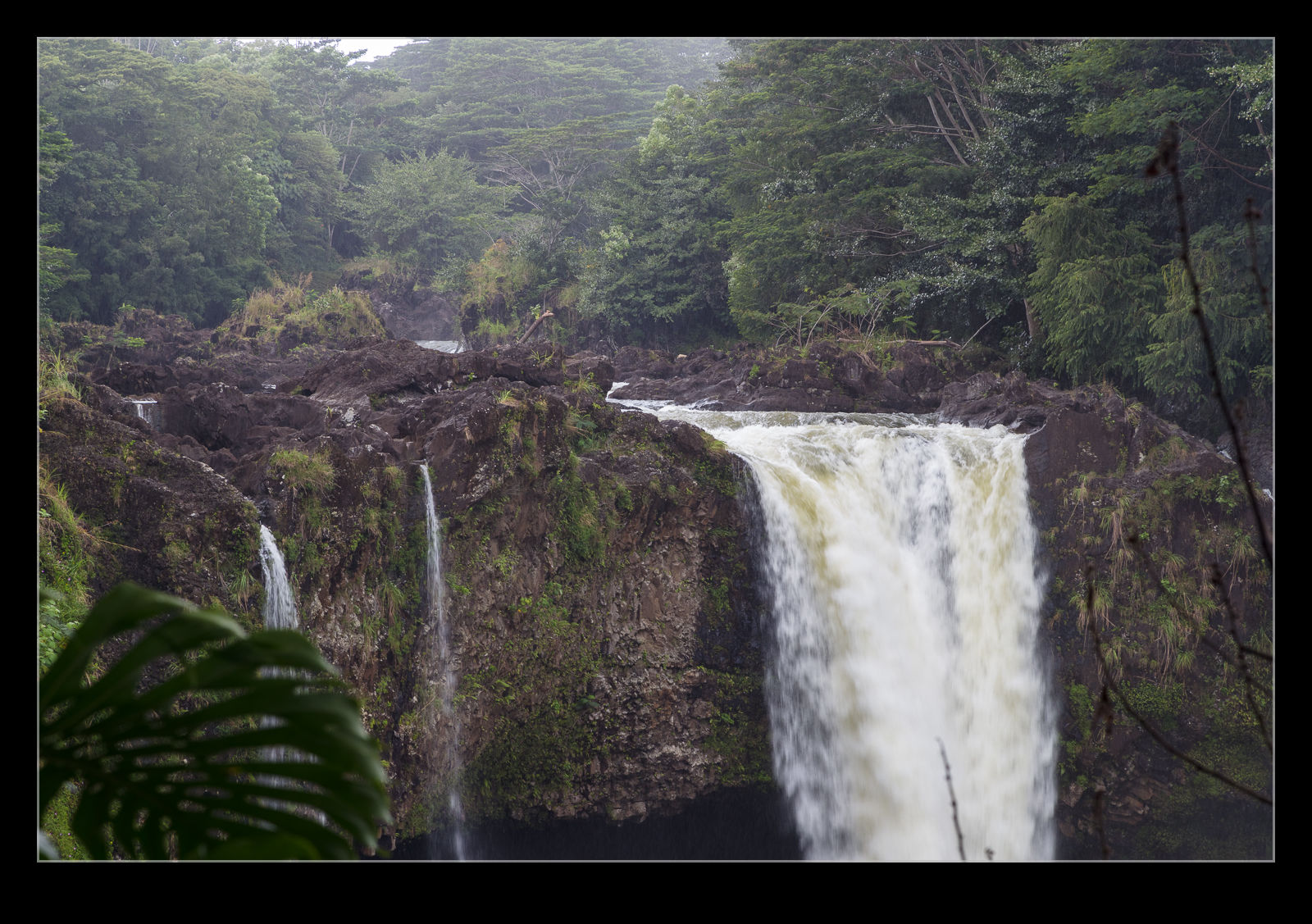 Rainbows require two ingredients.  Water vapor and sunlight.  Without the sunlight, there was not going to be a hint of a rainbow.  The falls were pretty cool looking though.  I bounced around the perimeter checking them out from various angles while getting progressively wetter.  It wasn’t just wet, though.  The wind was really picking up so combine and damp and cold guy in some low light with a lot of wind blowing and getting the shots was beginning to be tricky.  Instead, I took a good look at the falls and then admitted defeat.  Back to the car to peel off the wet jacket and try to dry off on the drive back across the island. 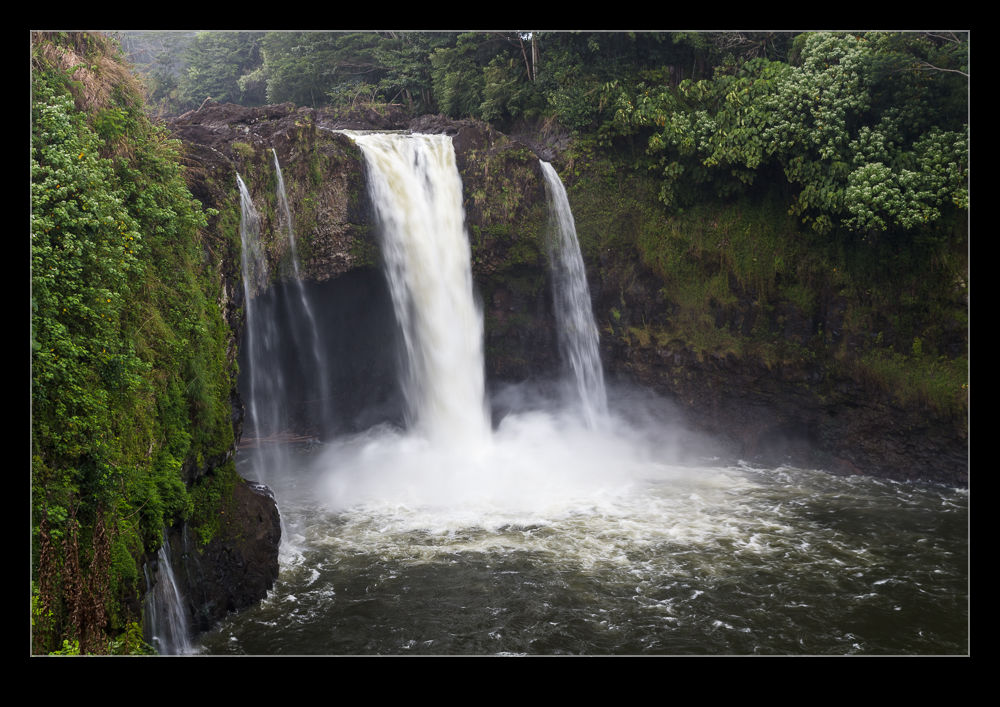