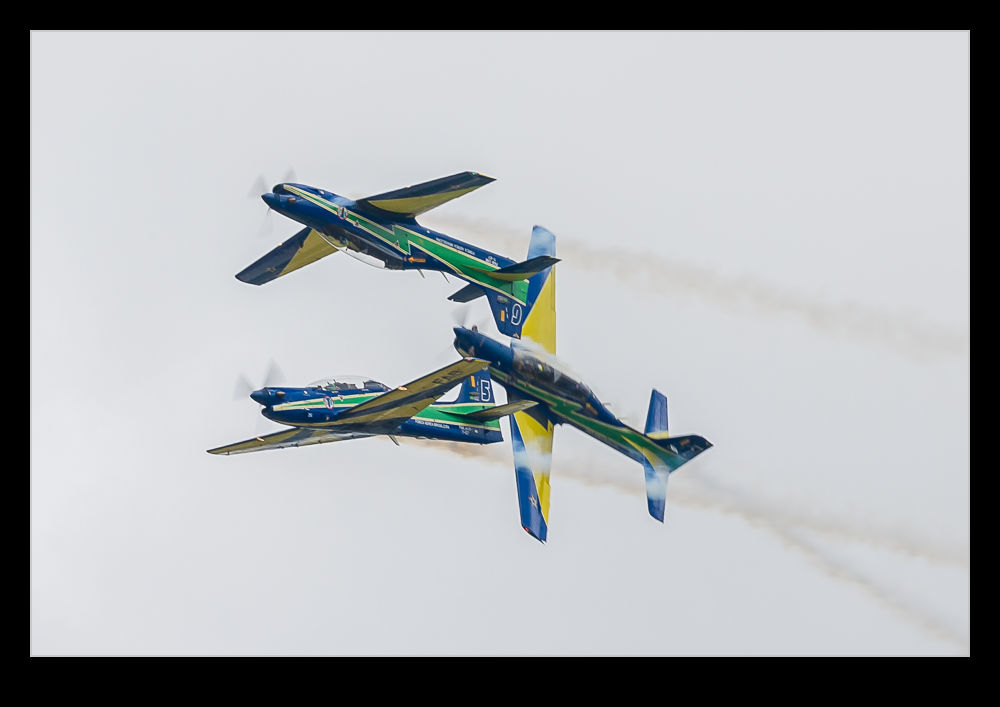 I previously talked about the visit to the Vectren show at Dayton a few years ago. One of the more unusual acts to make it is a team that apparently has a track record of appearing at Dayton and that is the Brazilian team, Esquadrilha da Fumaça or Smoke Squadron. They are equipped with Embraer Tucano turboprop trainers and the performance characteristics of the Tucano make for a tight display in front of the crowd combined with good maneuverability for the formations and the individual aircraft. 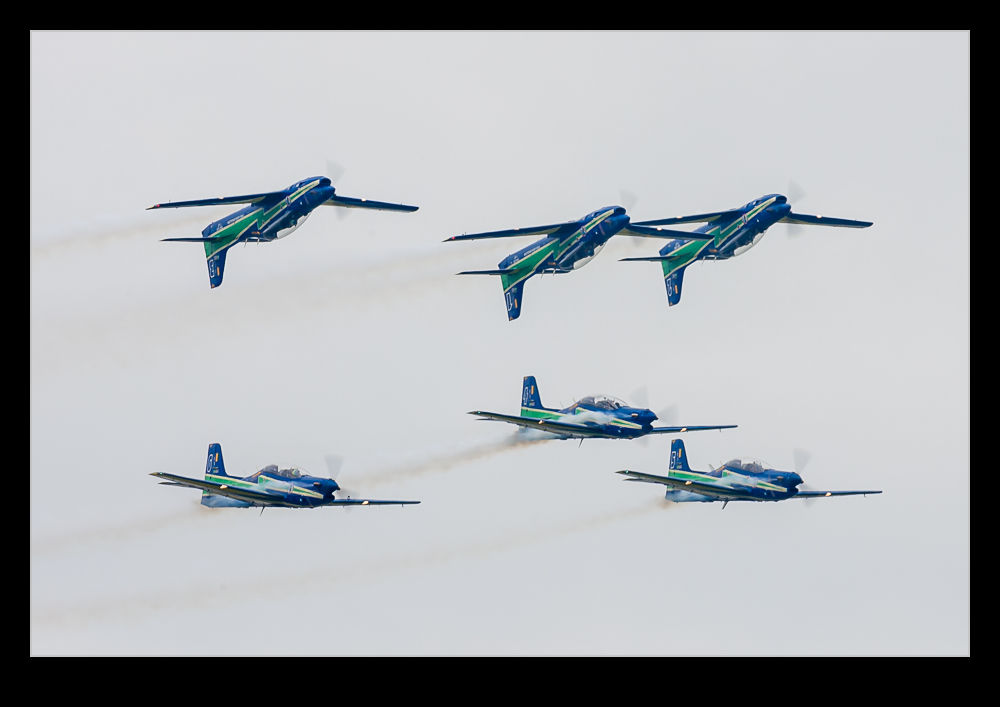 The weather was not great with low cloud and flat lighting but the lower speed of the Tucano meant that a good display could be presented, even if vertical maneuvering was restricted. The formations were tight and some good configurations could be set up with the planes maneuvering around each other during passes. I was disappointed to see how few shots I had of some passes. Now I would have a lot more to choose from but I guess I spent less time shooting in those days. 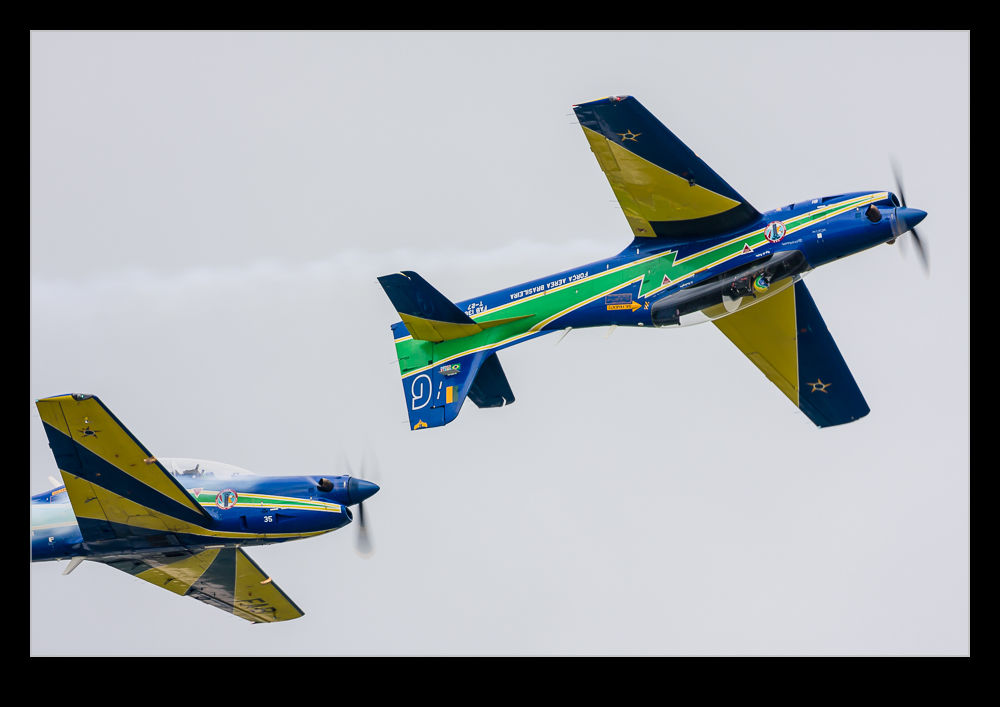 I suspect a lot of people have not seen this team so I am posting a lot of different shots in here. I would certainly like to see them perform again at some point in the future. I shall have to see where they next appear in the US.