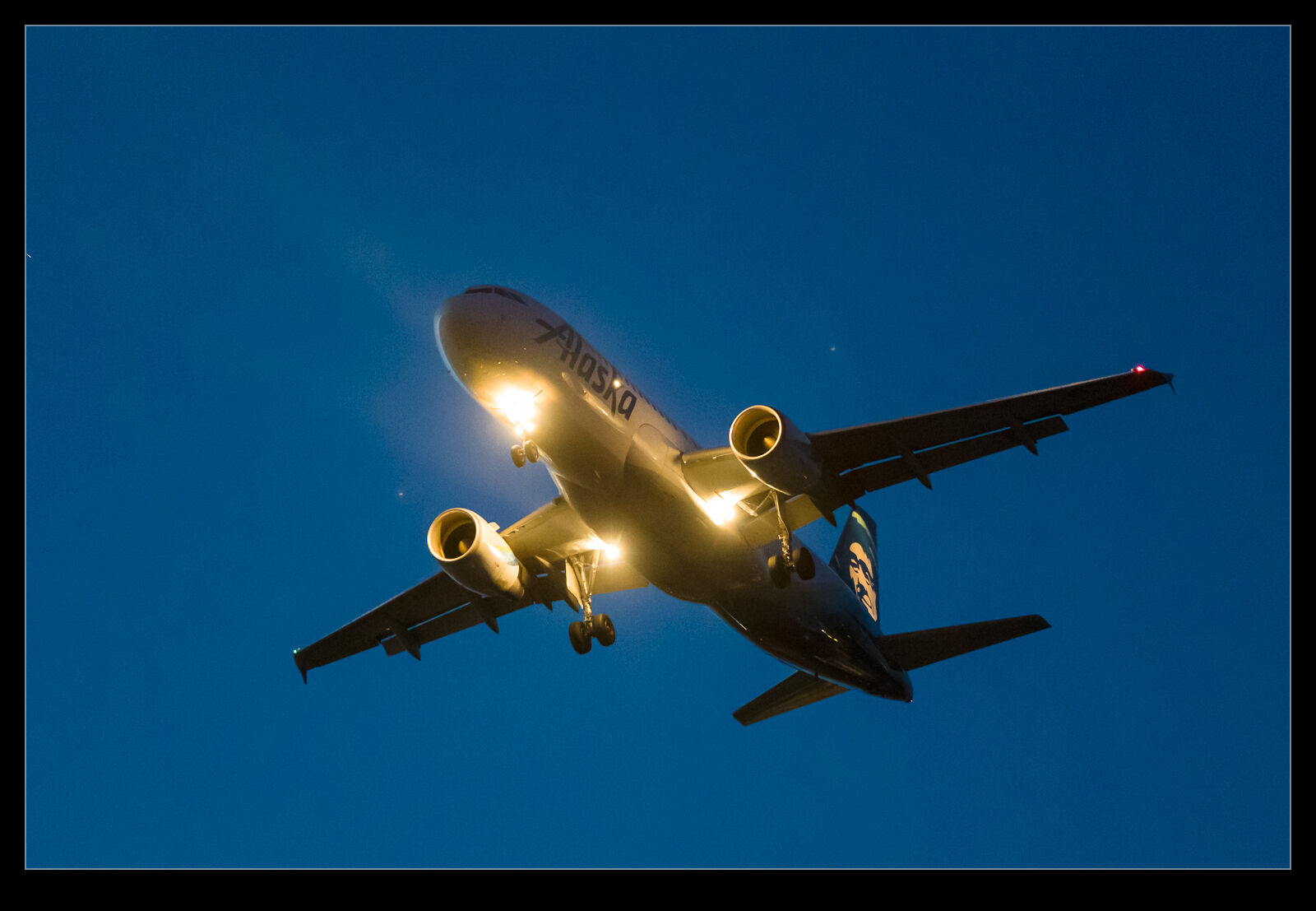 For a while, I had been thinking about trying to do some night photography of airliners.  I had seen some good shots people had got but SeaTac does not have a lot of ambient light to illuminate aircraft flying overhead.  It would be better if there was a large public space under the approach that would provide so brightness to work with.  I was down at SeaTac to pick up a colleague and knew I would be there as the sun went down so I decided to have a go at some shots. 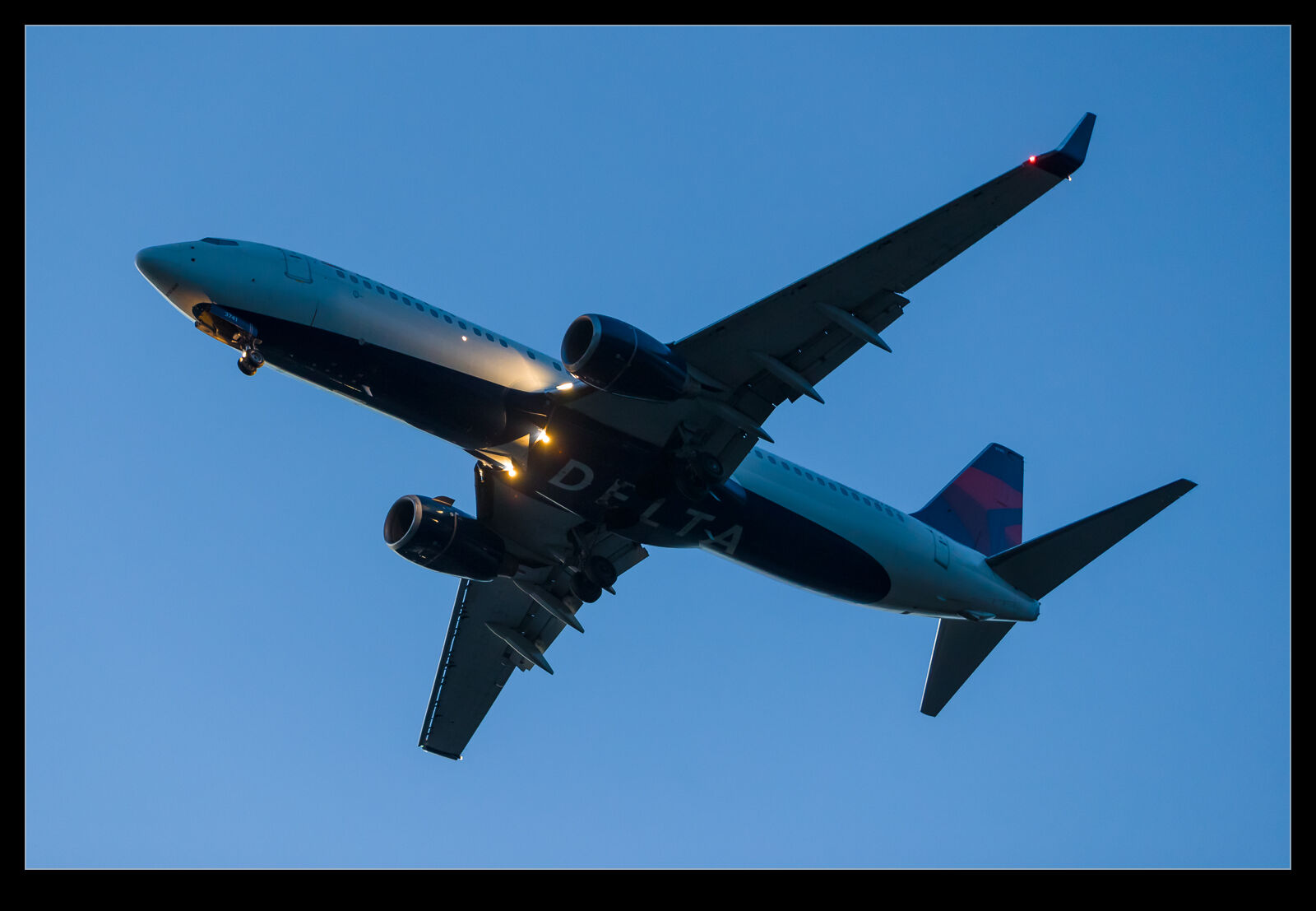 I used the 70-200 f/2.8 to get as much light as possible.  The sun was going down so I was going through quite the transition of lighting conditions.  Some were just twilight while other were when things were getting quite dark.  The autofocus was also struggling since the center point was being used and the underside of the jet lacked much contrast in the dark.  I still got a few usable images.  The lack of light means they aren’t too great but it was fun to try something different.  Now to find a better location! 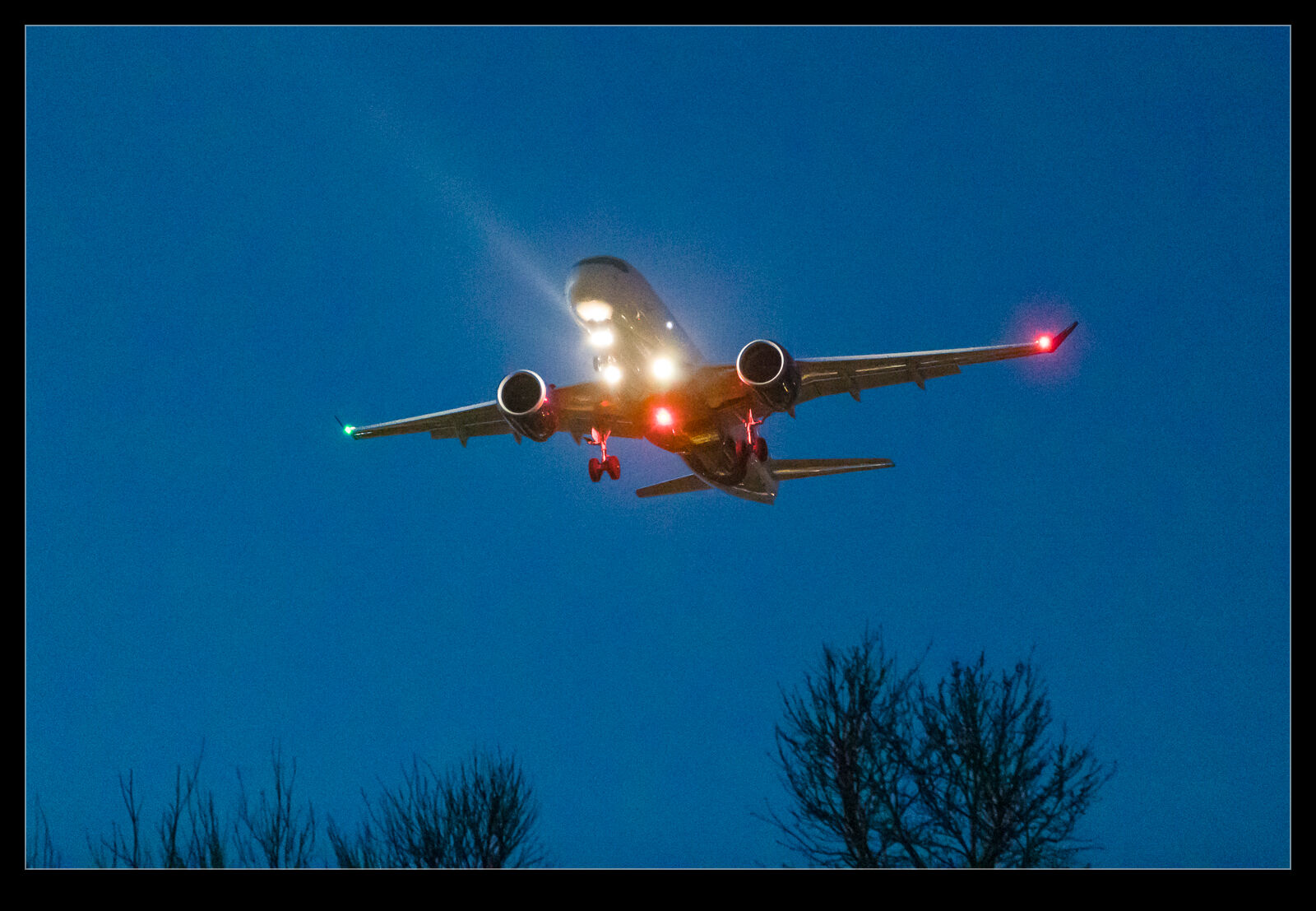 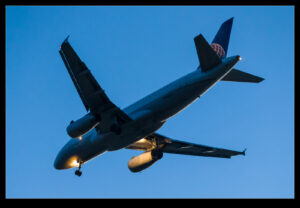 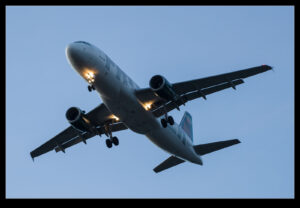