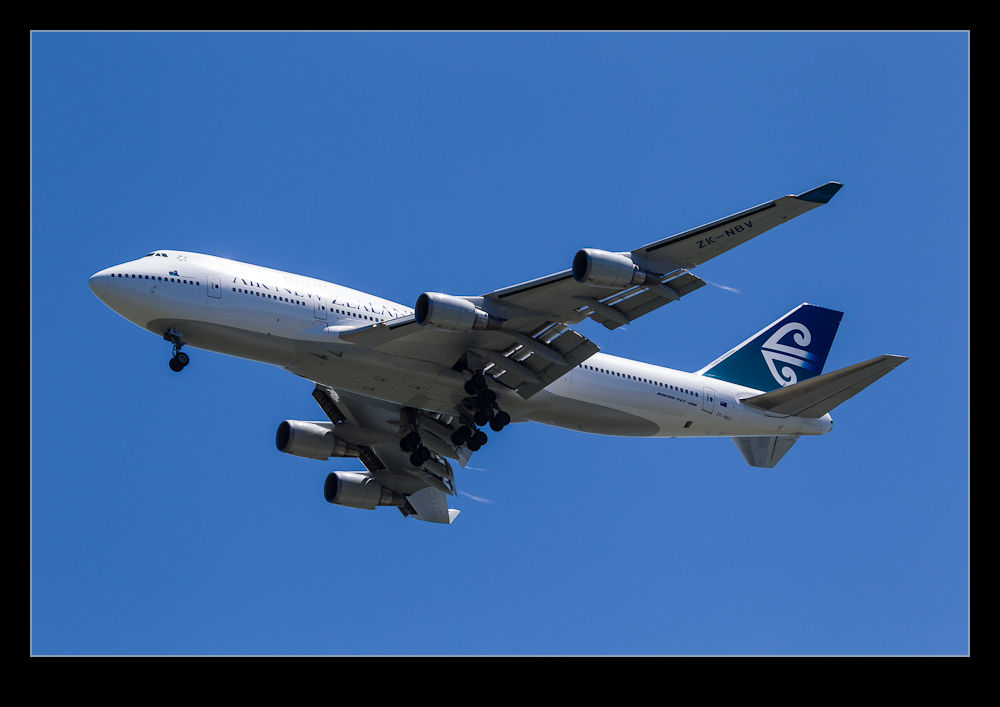 My work recently took me out the the Bay Area for a number of meetings.  When they were all finished, I needed to write up some notes.  Tapping on the laptop is something that can be achieved wherever you are.  Also, SFO has a nice diverse selection of aircraft that visit.  Therefore, my decision was made to take the laptop and the camera and head to Coyote Point.  During the week there are less people there so it is quite a peaceful place to get some work done. 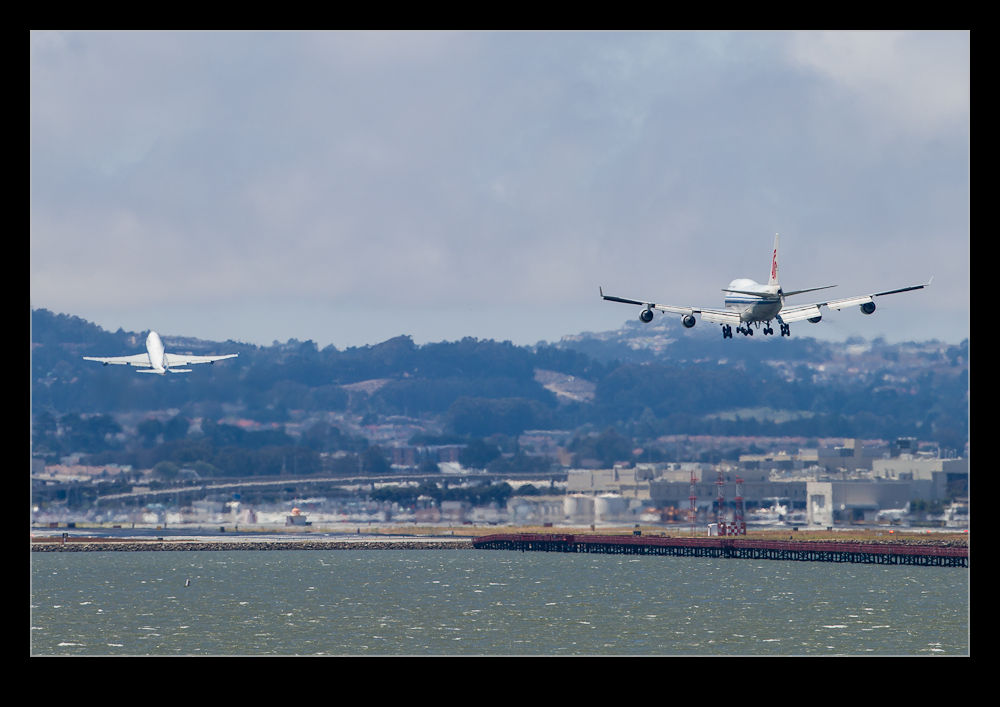 Of course, whenever something interesting made its way in to the approach, I could look up and grab a couple of shots before returning to my tasks at hand.  SFO is like many hub airports in that it has a lot of the same things coming in and out.  However, it has a lot of long haul traffic as well which provides an opportunity to see something a little different.  This can include newer aircraft as well as those that are on their way out. 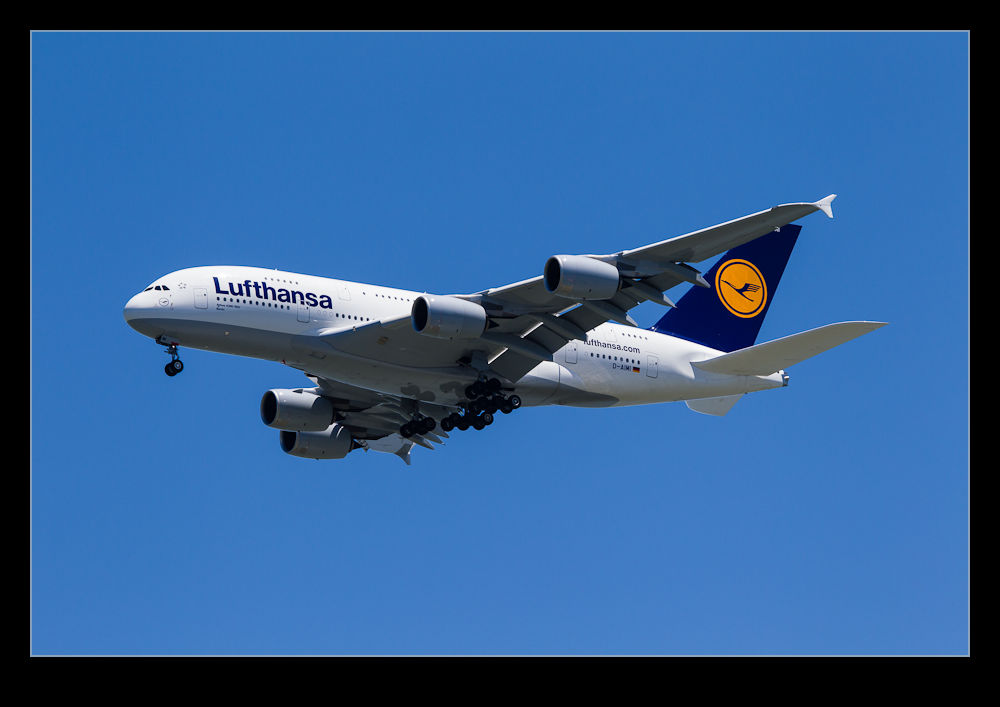 Lufthansa is now operating A380s in to SFO so catching that on the approach was a nice new thing to see.  Meanwhile, the number of 747s arriving is gradually going down as they get phased out.  Cathay brought one in as I was arriving.  I imagine they won’t be around for much longer. 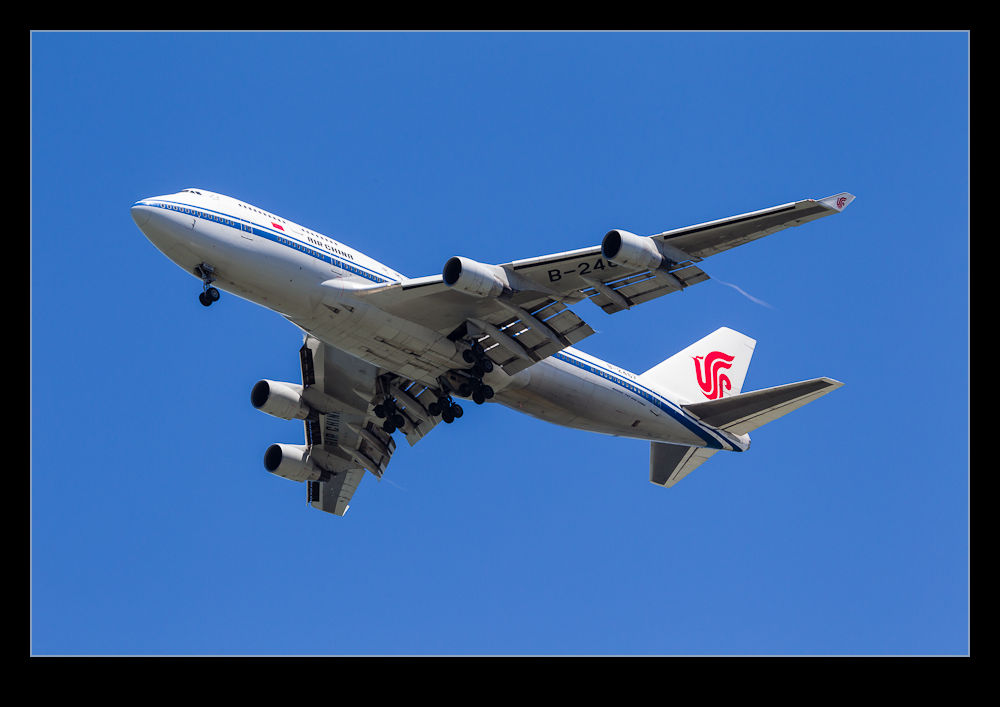 The sun was bright but the air temperature was relatively low.  This meant that the heat haze was not too much of a problem.  I could even get reasonable shots of the airport itself as the aircraft landed (nothing that would be publishable but not bad).  A buddy was coming in with a BA 747 later in the day so I decided to move to the area on the shore near the Marriott to get some different shots.  Unfortunately,  this was not a good move.  The heat haze to the runway at low tide was quite bad and most shots do not survive too detailed scrutiny.  One to remember if I find myself back there at any time. 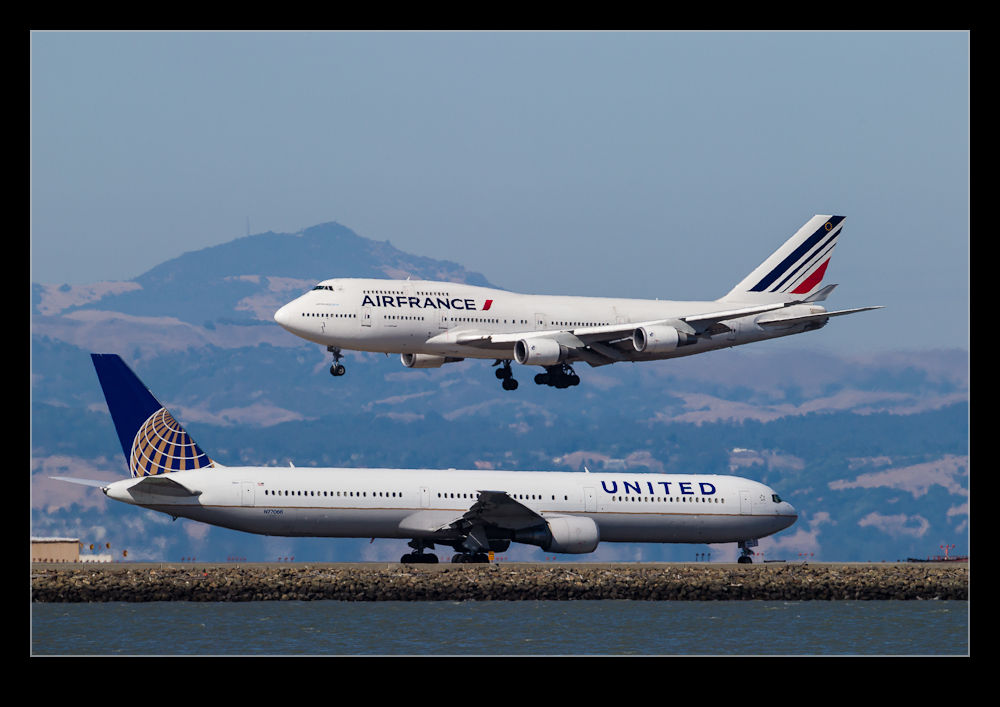