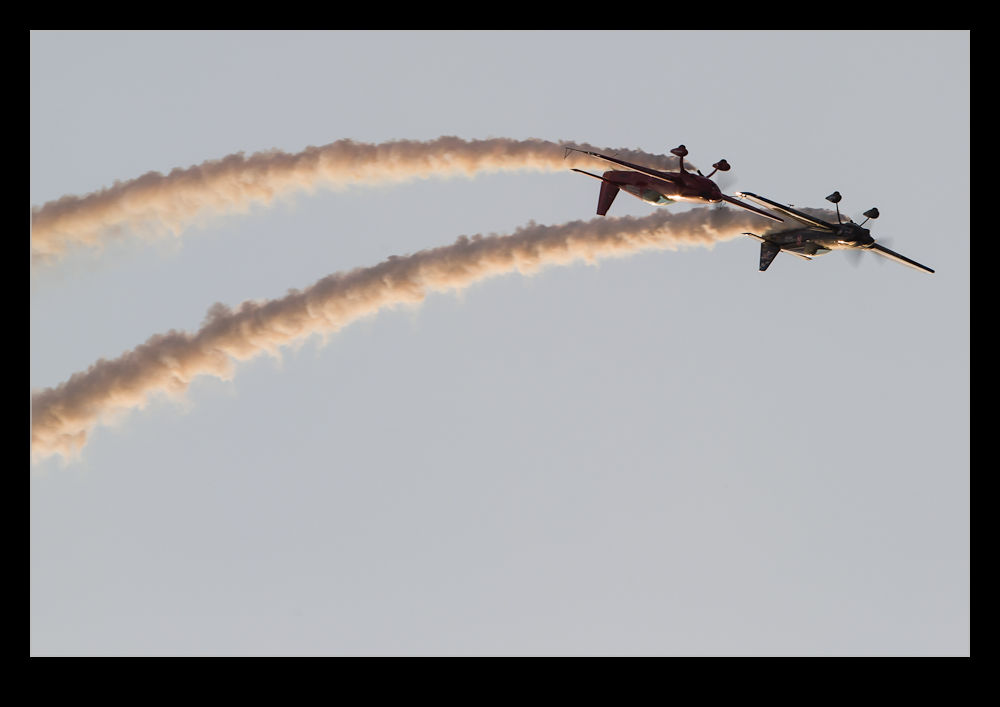 Only a short distance south of Chicago across the state line to Indiana is Gary.  They hold an air show there every year that is over the lake along one of the beaches.  For one reason or another, I have never been to this show.  This year was expected to be no different originally.  I had decided against going since the attendees list – while good – was a little shorter than in previous years.  It was also supposed to be unbelievably hot! 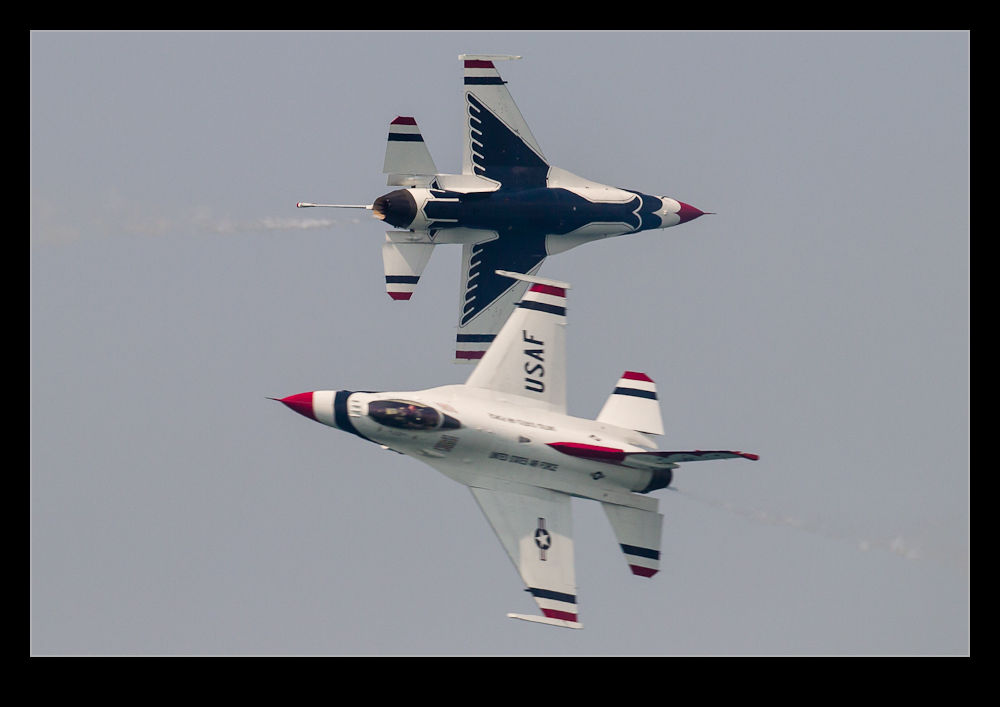 My buddy, Joel, was going and he offered me a ride down if I wanted to go to the twilight show they hold on the Friday evening.  I figured I would go since the opportunity was there so we headed down.  Although not part of the twilight show, the USAF Thunderbirds were performing on the Saturday and Sunday and were scheduled to practice on the Friday afternoon, not long before the twilight show started.  Therefore, we got a full show plus whatever else they planned to check out as part of their practice efforts. 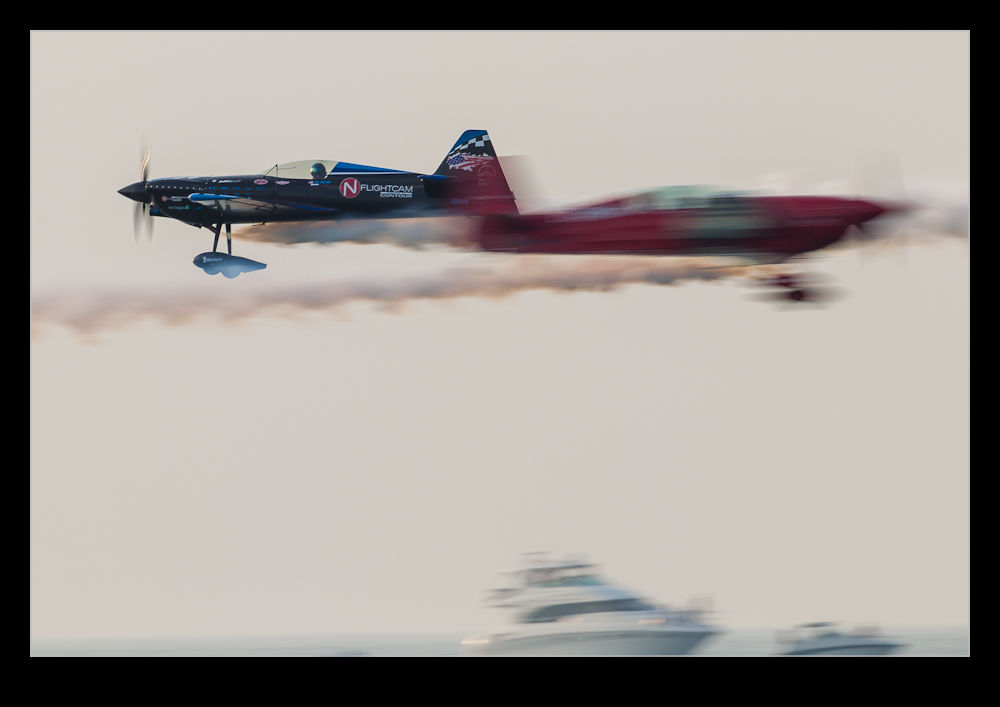 Then we got the displays for real.  The heat was pretty intense but the performers did not allow this to affect their displays.  Unfortunately from a photography point of view, there was quite a lot of haze which hurt the visibility and the wind had died down which meant that smoke from the displays did not disperse quickly and could obscure the following passes in places.  This meant that the photo opportunities had to be grabbed when they could. 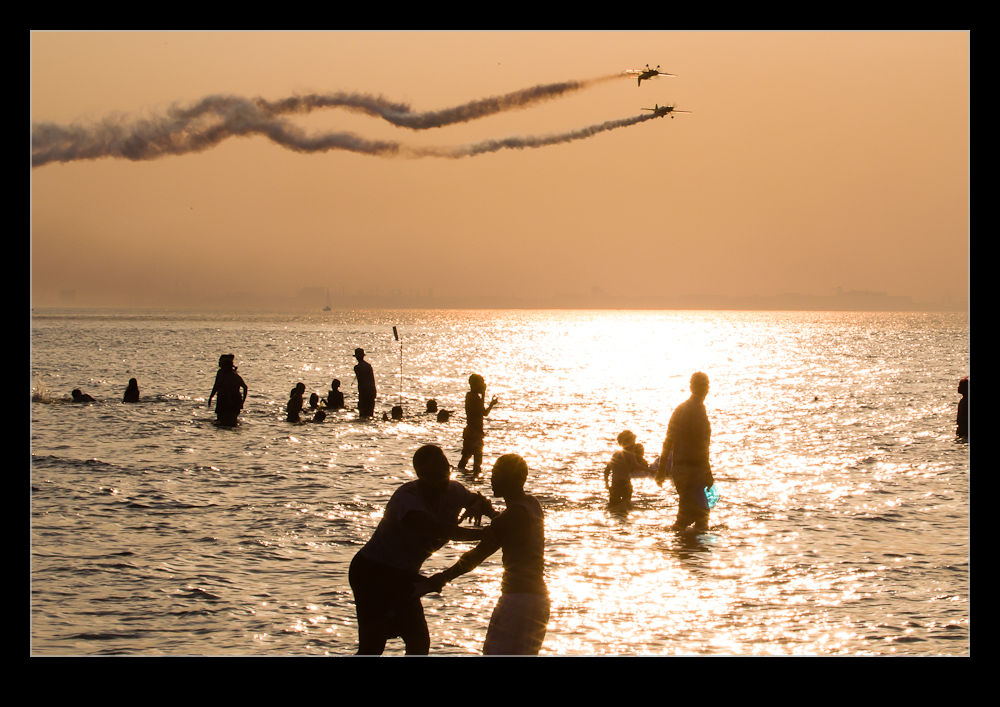 The hope was that, as the sun dropped down, the golden light would arrive and it would be possible to get some more unusual shots than would be the case at a normal day show.  Unfortunately, while this worked a bit, it wasn’t as successful as I had hoped.  The sun sets a long way north at this time of year so, as it got lower, it got further behind the performers.  Not back lighting but certainly not illuminating the front of the aircraft.  Also, the haze I mentioned before meant that the dropping sun became more obscured so the strong evening light never really came along and we got something more diffused and weak. 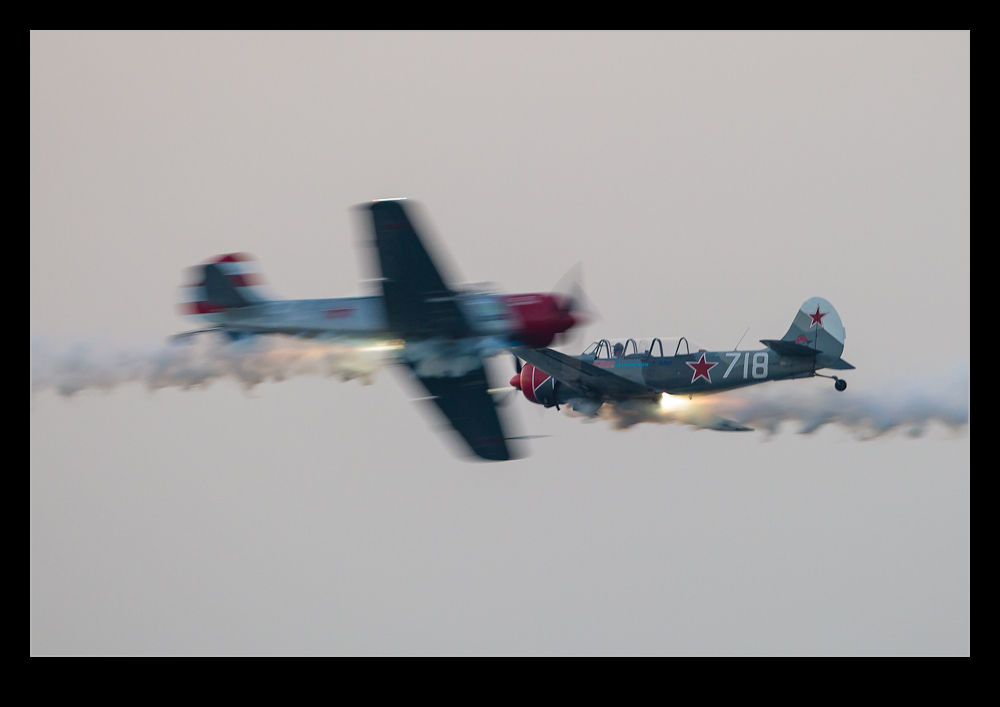 This was a shame but not the end of the world.  The show was still enjoyable and the people I was there with made it all the more fun.  Thanks to the team at South Shore Convention and Visitors Authority for hosting us.  I hear that the two main show days at the weekend were very popular and went well. 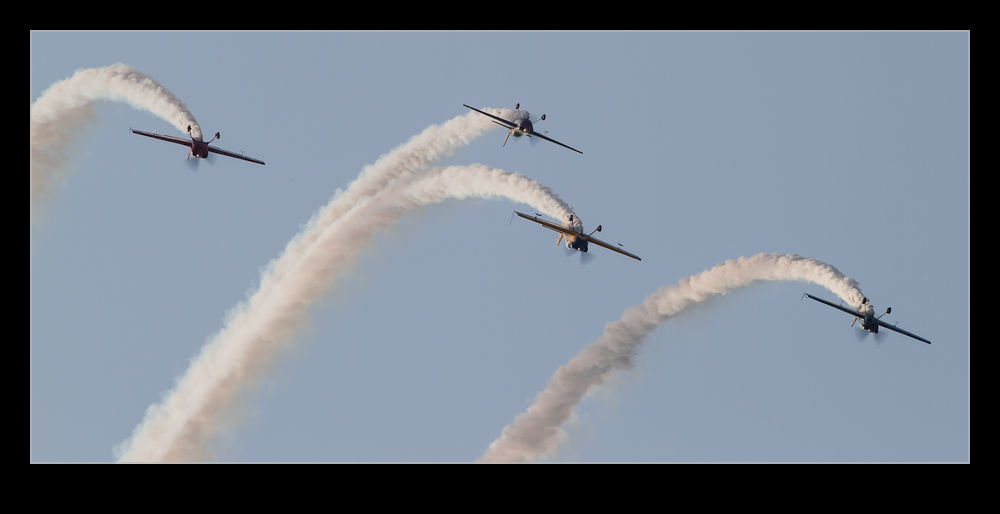