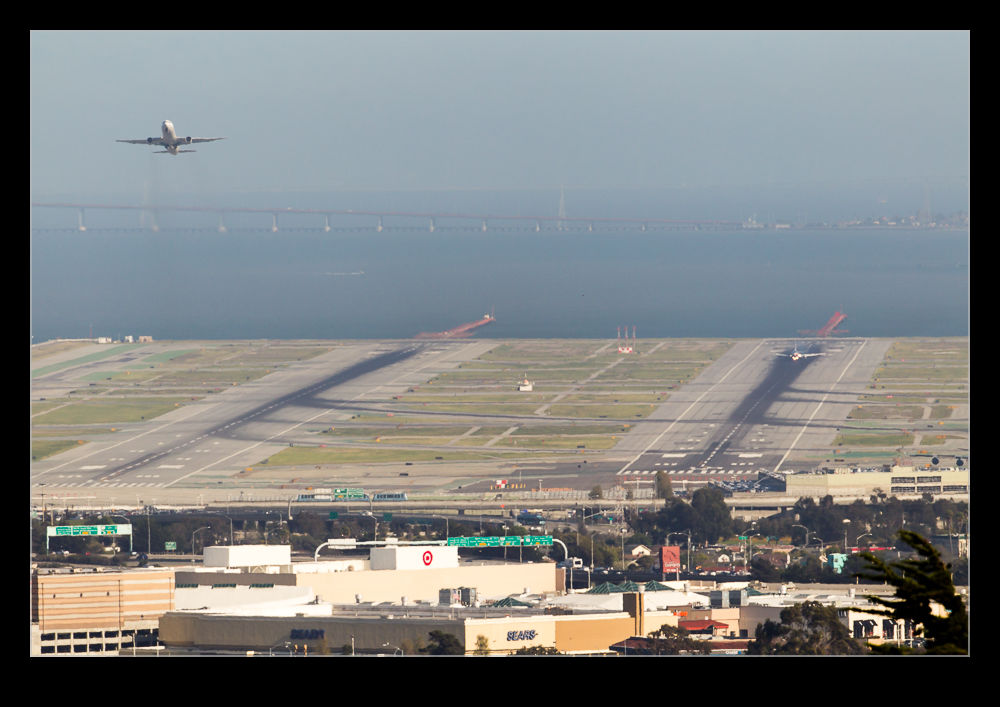 Many of my recent posts have involved aircraft operating from SFO.  One of the restrictions SFO has is that, being bounded by water means there are limited opportunities to vary your shooting angles.  One thing I was ken to try was an overview of the field.  Driving along I-380, you are up on the ridge looking down to the airport and you are almost directly in line with the east/west runways.  I thought that there must be somewhere accessible where you could get a similar view. 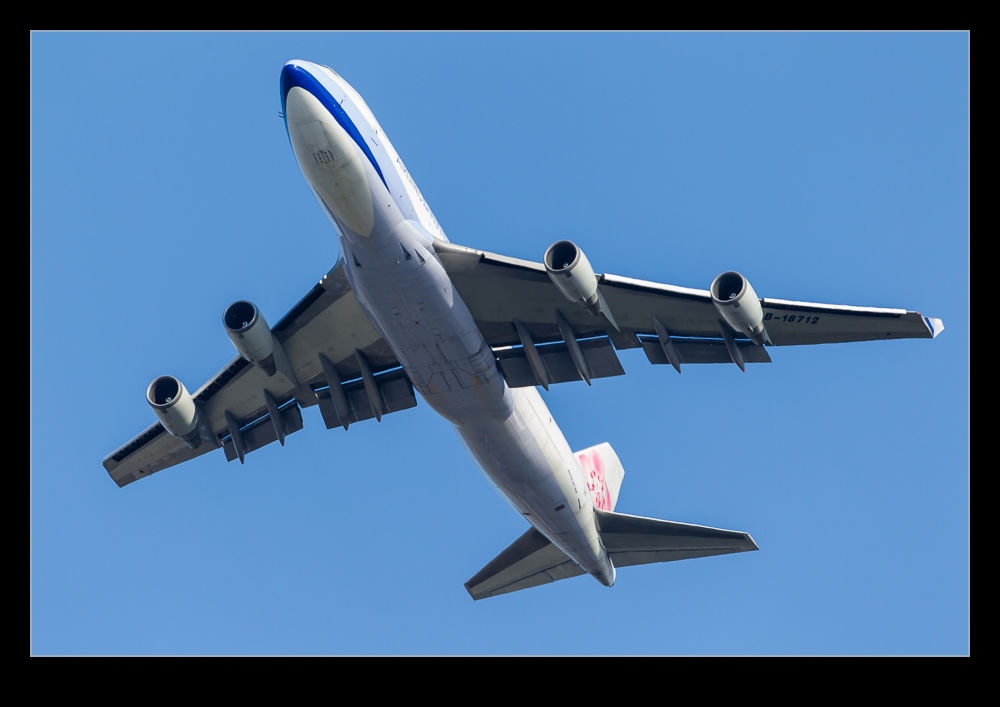 I checked with a guy I know who lives locally to see if he had any ideas.  He had already beaten me to it and had shot just what I was thinking about a couple of years before.  He suggested an area that might be suitable so I headed out.  I found a location with just the sort of view I was looking for.  The air was relatively clear so the shots of the field were quite good with one exception.  At this range, the heat haze is really difficult.  You are a long way out and everything between you and the airport is developed and has a lot of warmth rising from it on a nice day.  However, even knowing this, I still thought the difference the shot provided was worth the effort. 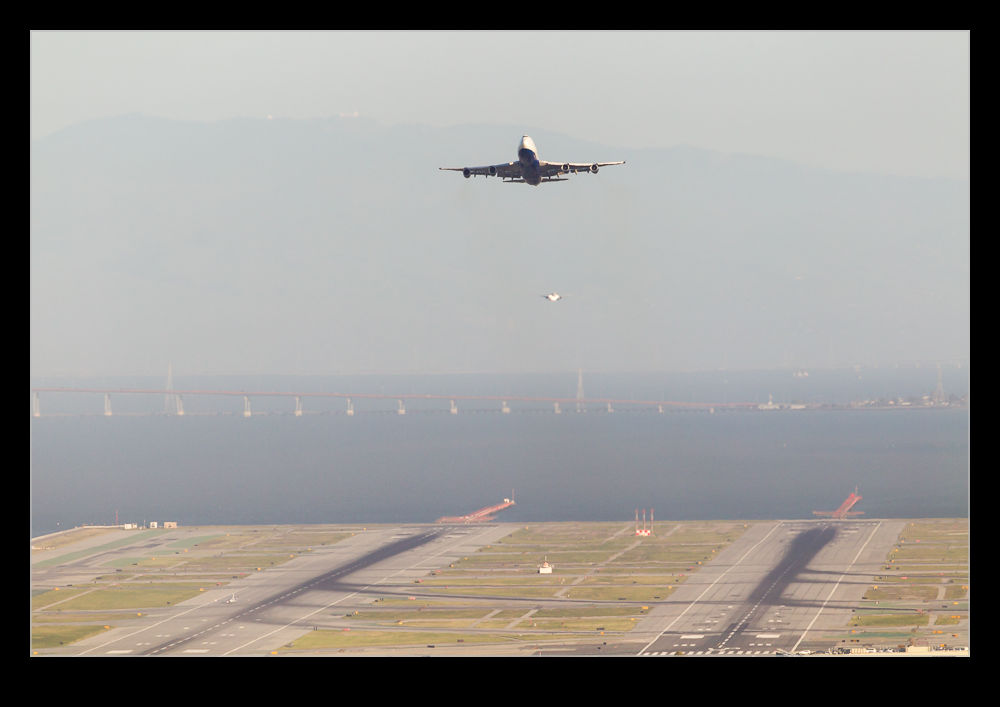 I was extra lucky in that I met a bunch of guys working on a car in the driveway of one of the houses on the street I chose.  They were a good bunch and a lot of fun to hang out with so the infrequent nature of departures on that runway was compensated for by having people to pass the time with.  The shots here are a few that I got.  The aircraft continue on a pretty straight departure route so they end up passing almost directly over you. 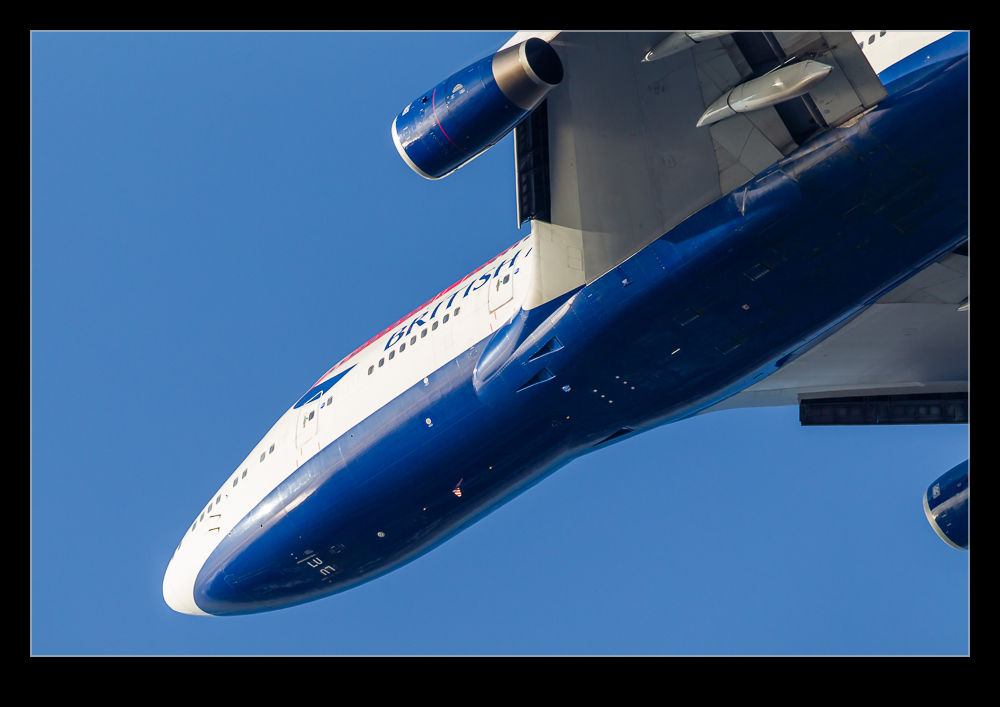 I would like to try shooting here another time.  Later in the day with softer light and – hopefully – less heat haze would be good.  The location might also be good for the multiple exposure type shooting I have done at Coyote Point.  After dark would also work well to generate some light trails.  Lots to think about for future shoots.