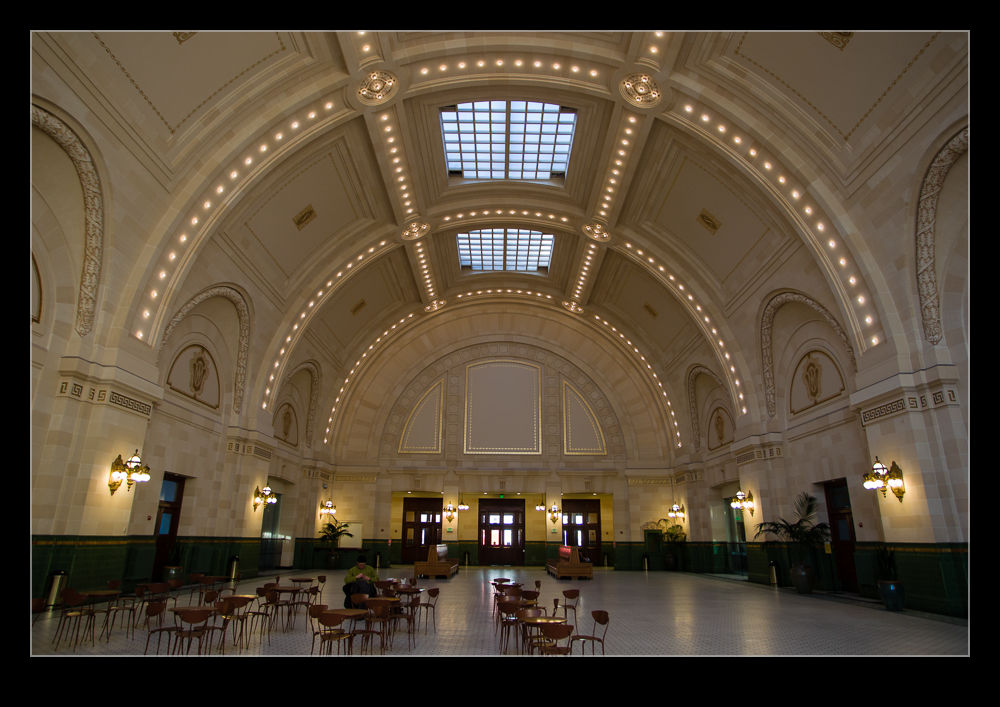 The main station in Seattle is King Street Station.  It is served by the Coaster commuter trains and the Cascades service that runs from Oregon up to Vancouver in British Columbia.  What I didn’t know is that there used to be another station nearby.  Union Station ceased to have rail service many years ago and deteriorated over time.  However, as part of a redevelopment program in the area, the building has been restored and now is part of a larger development area. 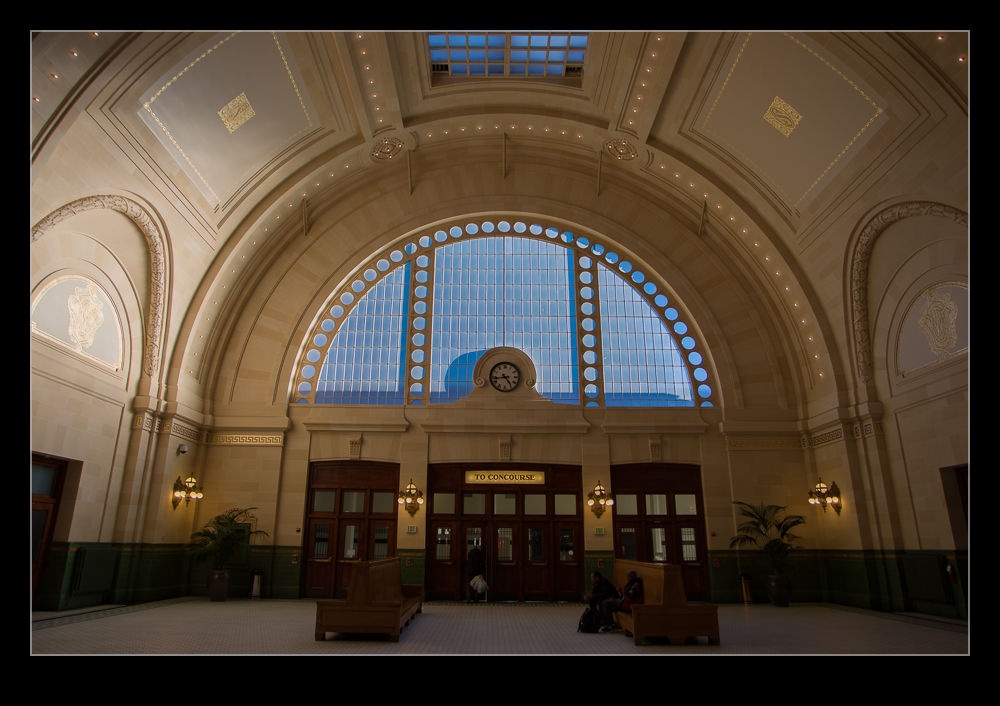 Inside the station is a main hall that is really quite impressive.  It does not appear to be terribly busy.  A few office workers would transit through but a bunch of other people seemed to be hanging out inside since it was warmer than outside!  I couldn’t resist taking a few shots and also had a go at a 360 pano to boot.