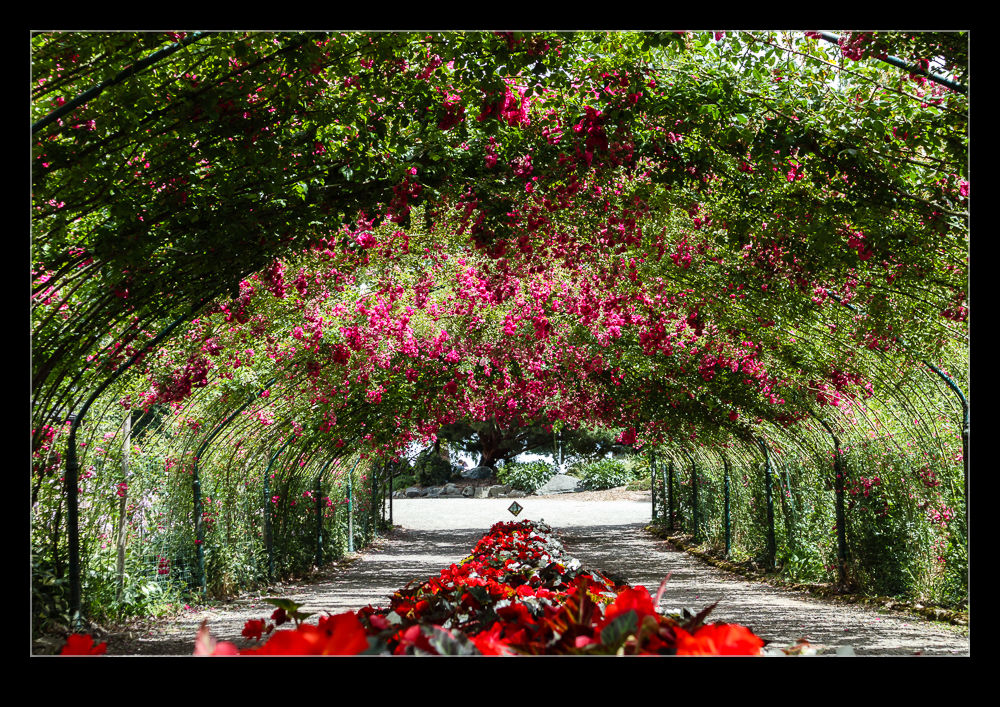 Point Defiance Park had a rose garden that seemed worth a visit.  Walking in to the garden I was immediately struck by the fragrance of the flowers.  Some roses are a lot more fragrant than others but, stick enough of them together and you are going to get a strong smell.  Roses are interesting in how many varieties that they come in.  Some look exactly like you might imagine a rose while others are very different in shape. 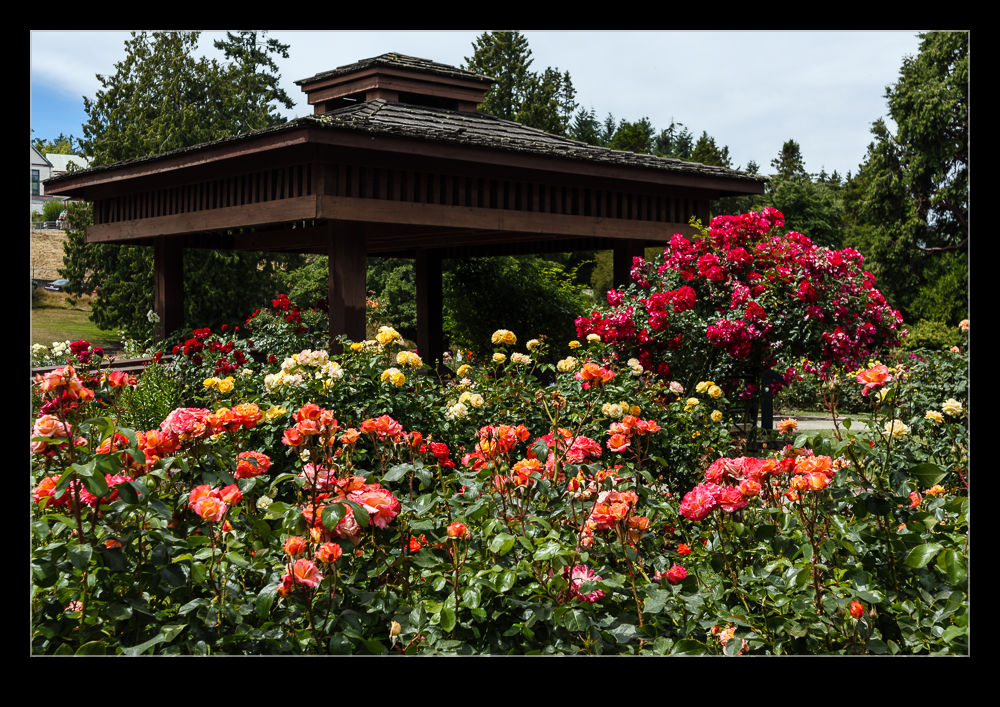 The garden was laid out around a central point with rows of blooms curving around the middle.  They were attracting human and insect visitors in large quantities.  Some blooms seemed to be quite persistent while others looked like they reached their peak before quickly wilting and being replaced by another bloom. 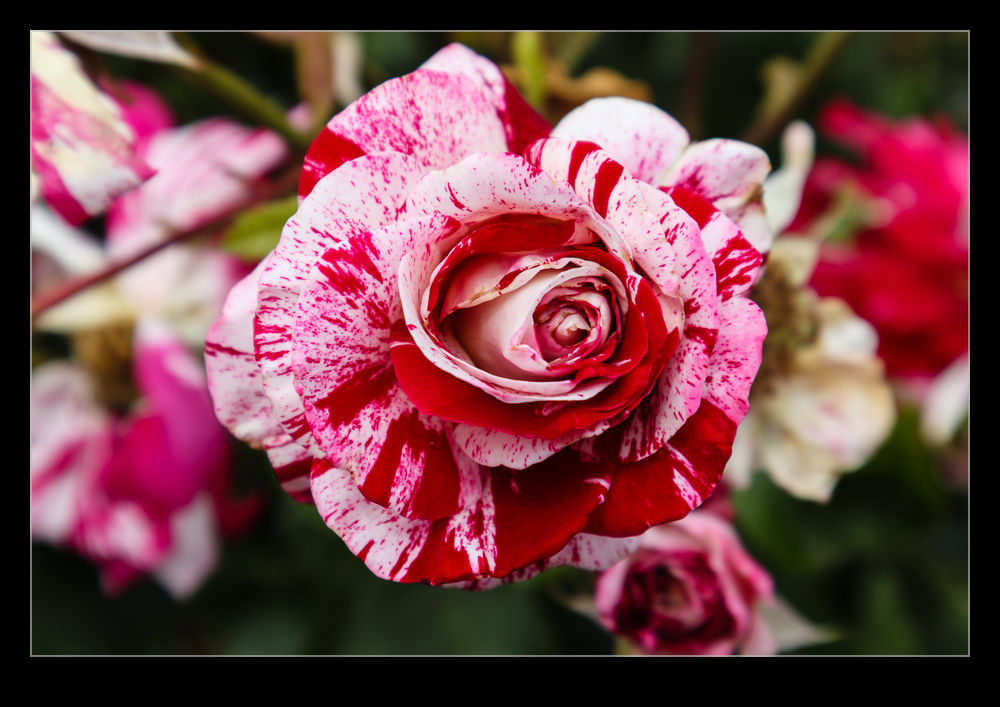 We had entered the garden from one side but on the other was a more structured entrance which took you through an arch covered in multiple blooms.  The concentration of flowers made it visually striking.  Also, having the light coming through from above meant that the flowers were backlit which made for a nice look and a filtered color of light inside the tunnel.  Hardly a person passed without taking their own photo. 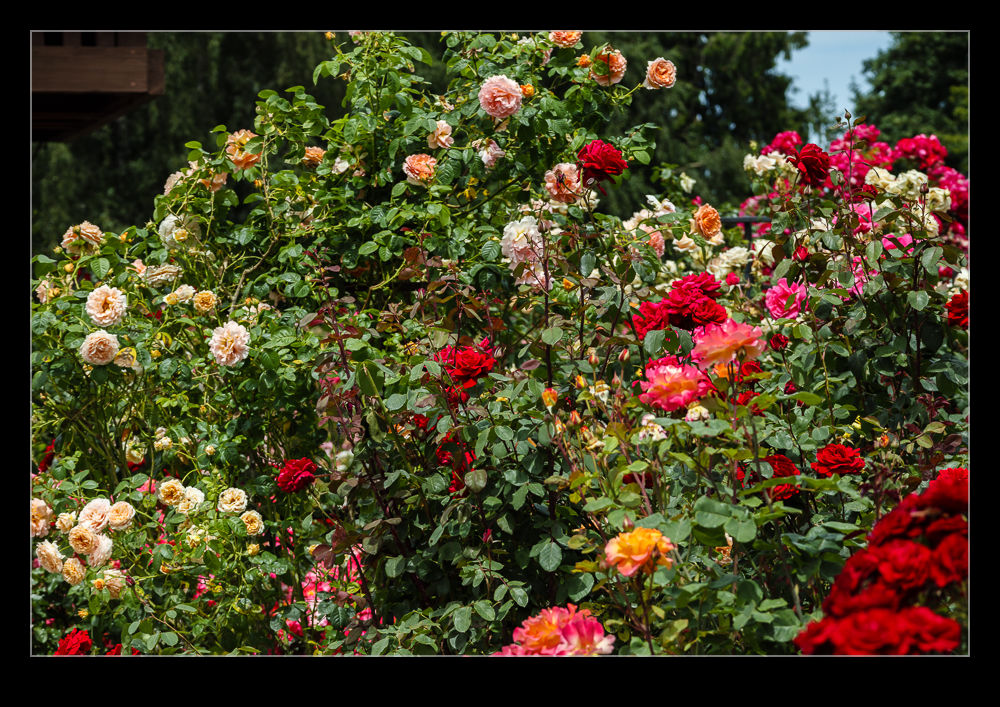 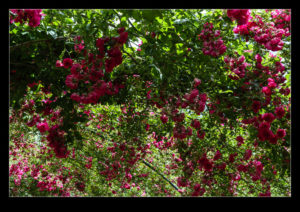 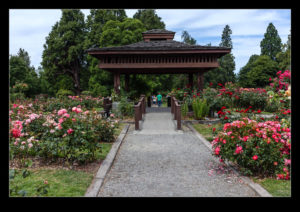 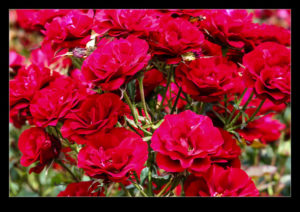 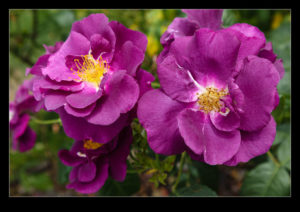