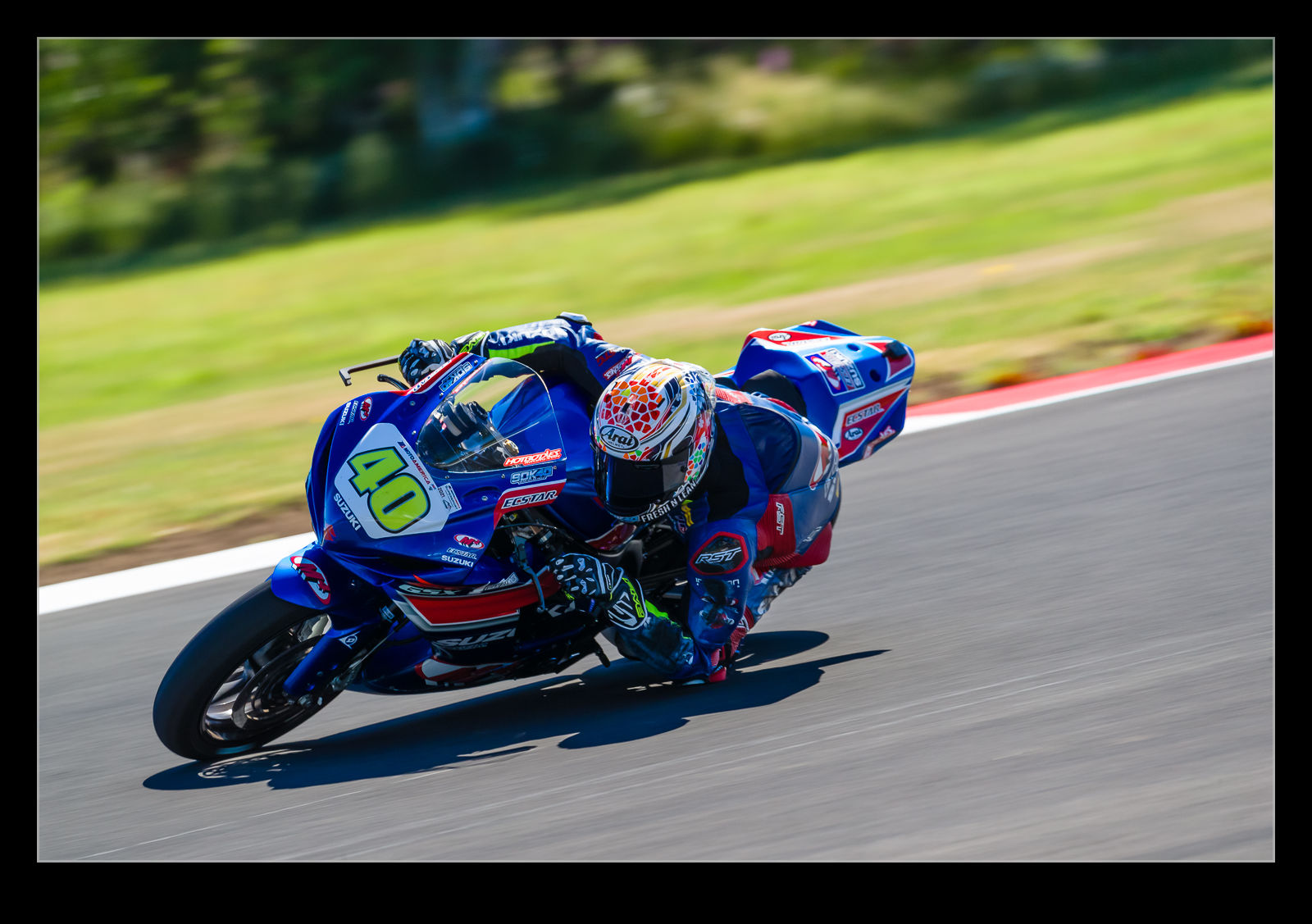 Photographing motorbikes means trying to get the shutter speed nice and low to make the background blur out and give the strong impression of speed.  When you are a distance from the track, you might have to go quite low in the shutter speeds to get the effect you want.  There is an alternative.  Get really close to the track.  Even with quite a high shutter speed, there is plenty of blur.  Indeed, the chances of getting a sharp shot get quite low unless you take the speed up a bit (or shoot a lot and go with the probabilities saving you). 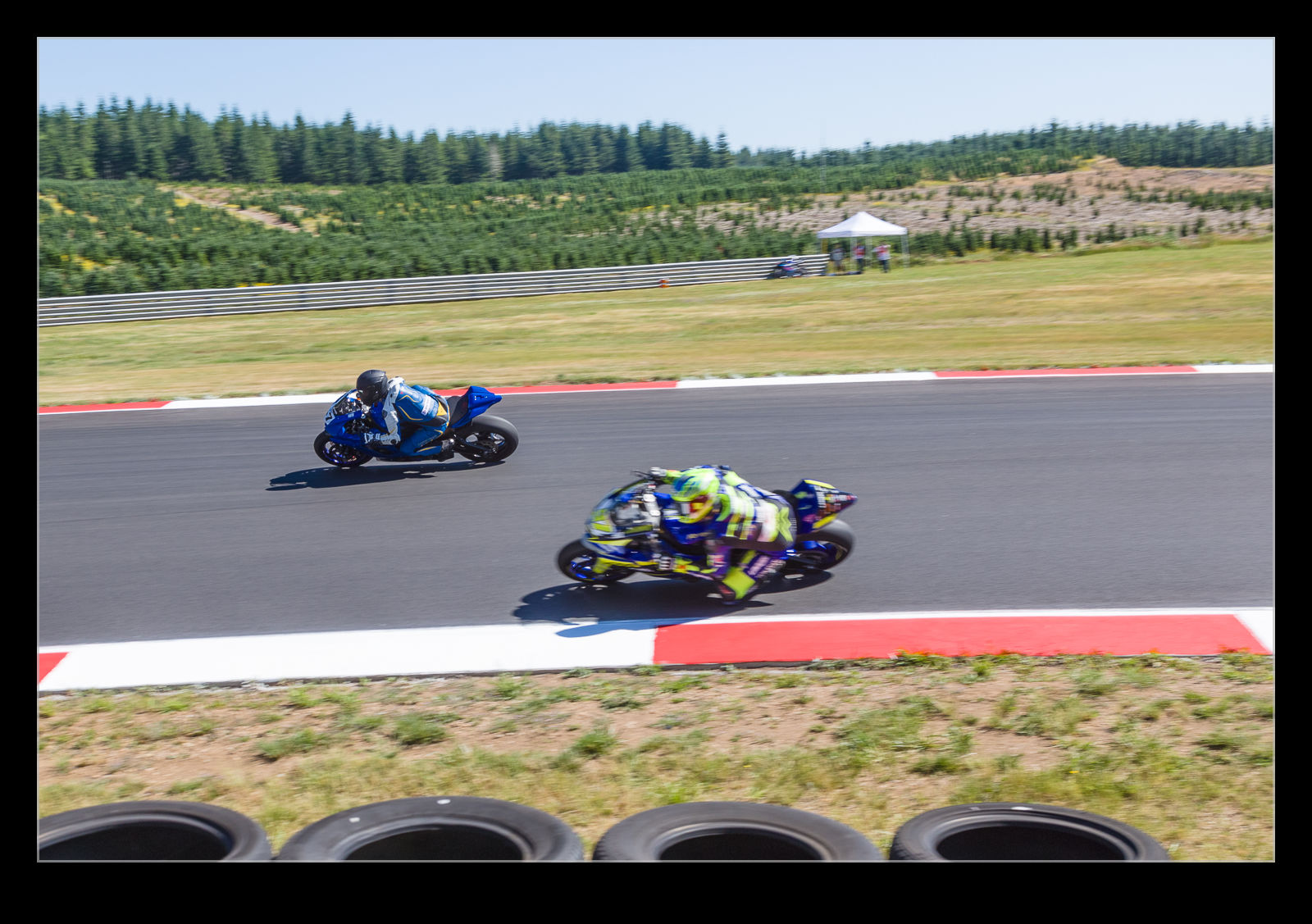 I went to the Turn 5 location at Shelton a couple of times while I was there.  The marshal station is right in the apex of the bend and it is slightly above track level.  Standing beside it gives you a view down on the riders as they come by.  I tried it out once in the morning.  It was good to get some practice but the light was behind the riders so it wasn’t ideal. 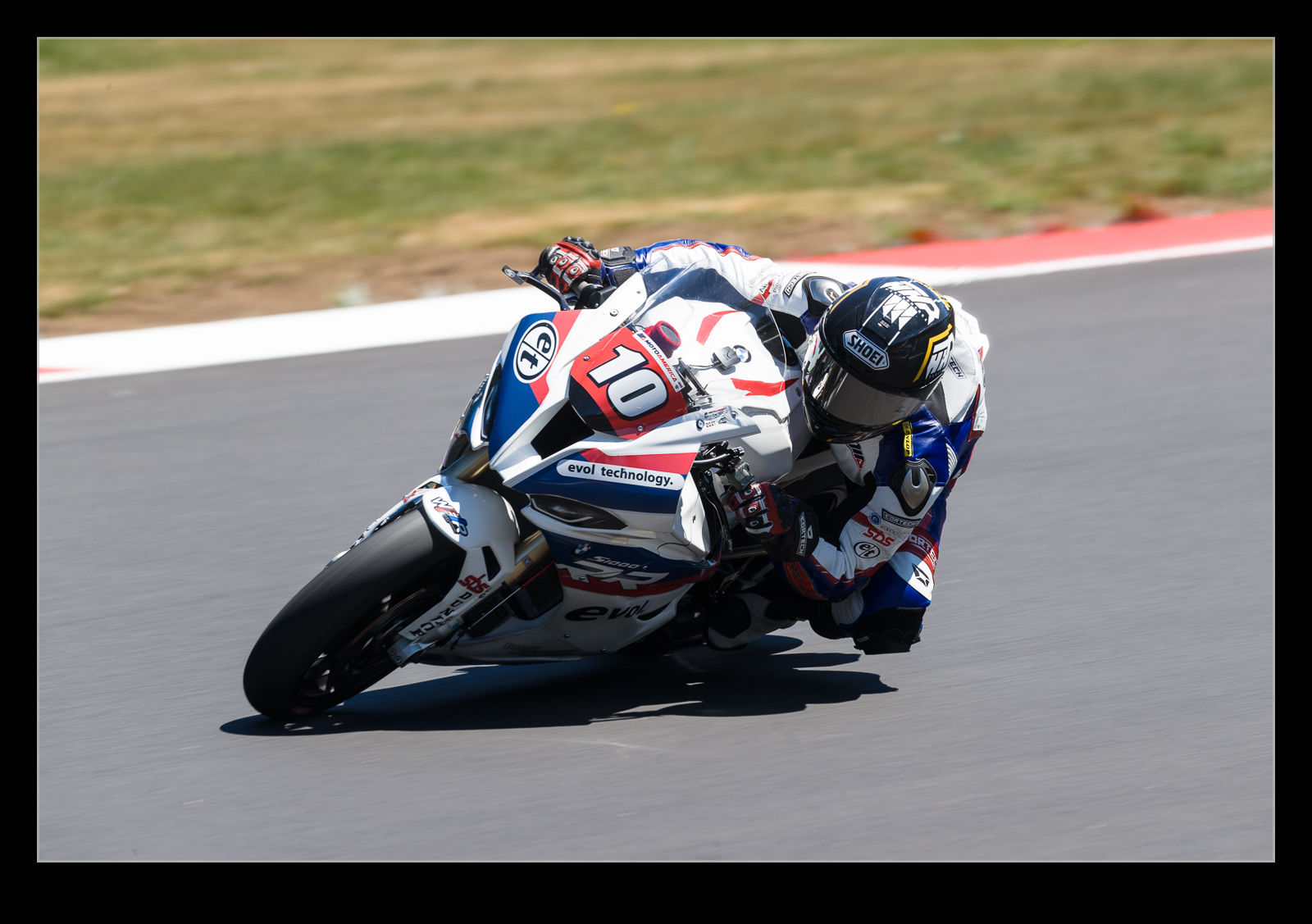 I went back again later in the day when the light was slightly more favorable.  I shot with both a long lens as they were approaching and with a wider lens as they passed right beneath me.  The speed with which they corner means that the panning becomes more of a whip motion and it is hard to pull off reliably.  Plenty of efforts were made to try and get a good shot of the rider while conveying the sense of speed. 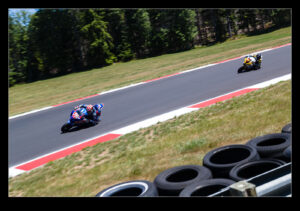 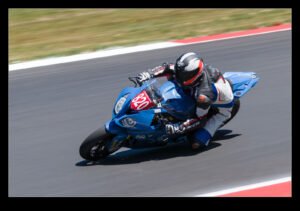 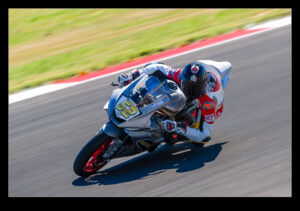 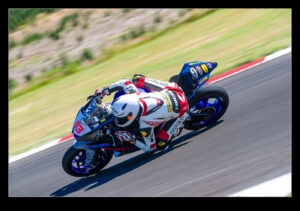