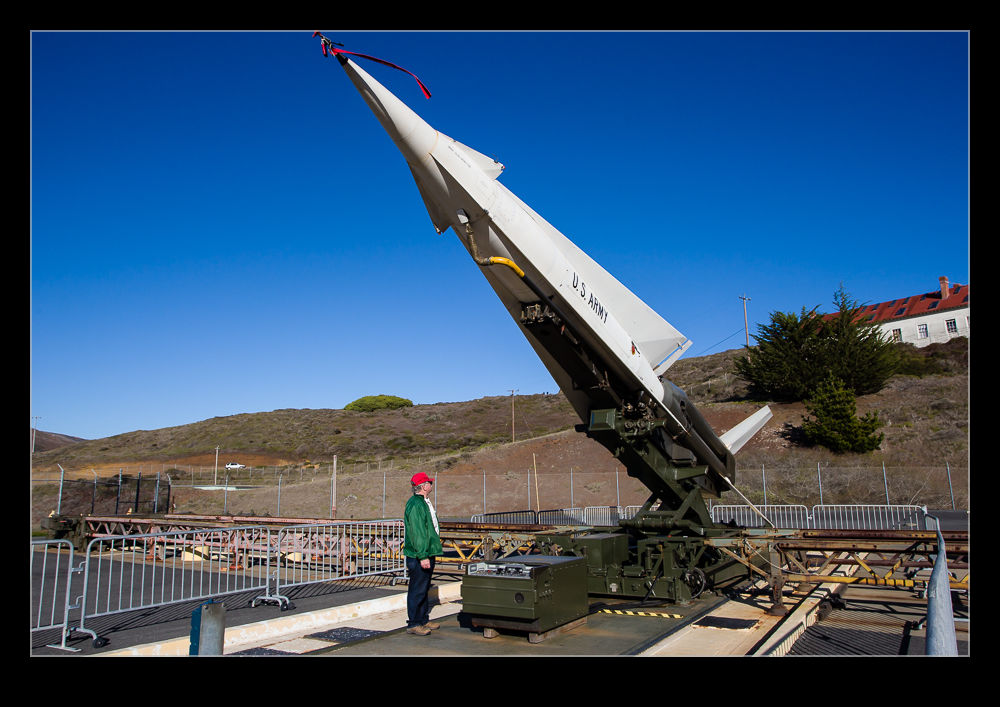 At the height of the cold war, the possibility of large waves of Soviet bombers attacking the United States was considered high.  Defending the major cities and defense installations was a high priority.  The result was one of (if not the) most expensive defense programs ever.  The Nike missile program was an air defense system developed by the US Army.  Intended to replace the anti-aircraft gun batteries that were considered incapable of defending against jet aircraft, the goal of Nike was to take out incoming aircraft before they were able to drop thermonuclear weapons on the US.  Since the range at which nuclear weapons could cause devastation was high, interception far away from the target was the goal. 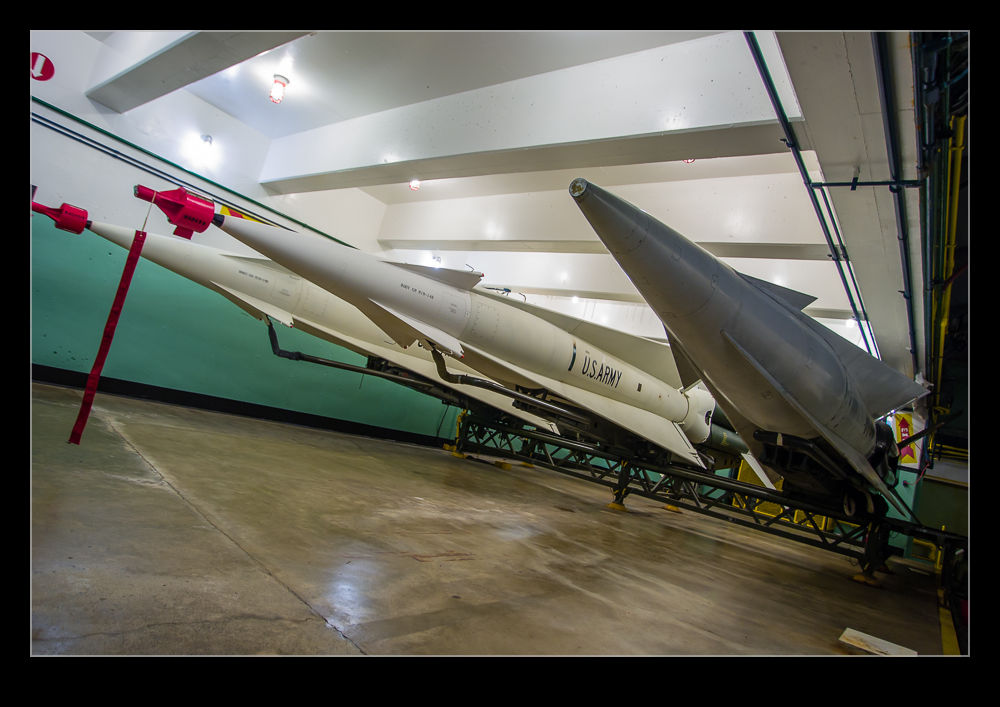 Several different missiles were developed as part of the Nike system.  Two if these missiles were the Ajax and the Hercules.  Ajax was the first of these two to be developed.  It introduced analog computing and tracking of both the target and the missile with the aim of bringing the missile to a successful interception.  The range of Ajax was relatively limited and large number of batteries was deployed around the major cities and defense installations. 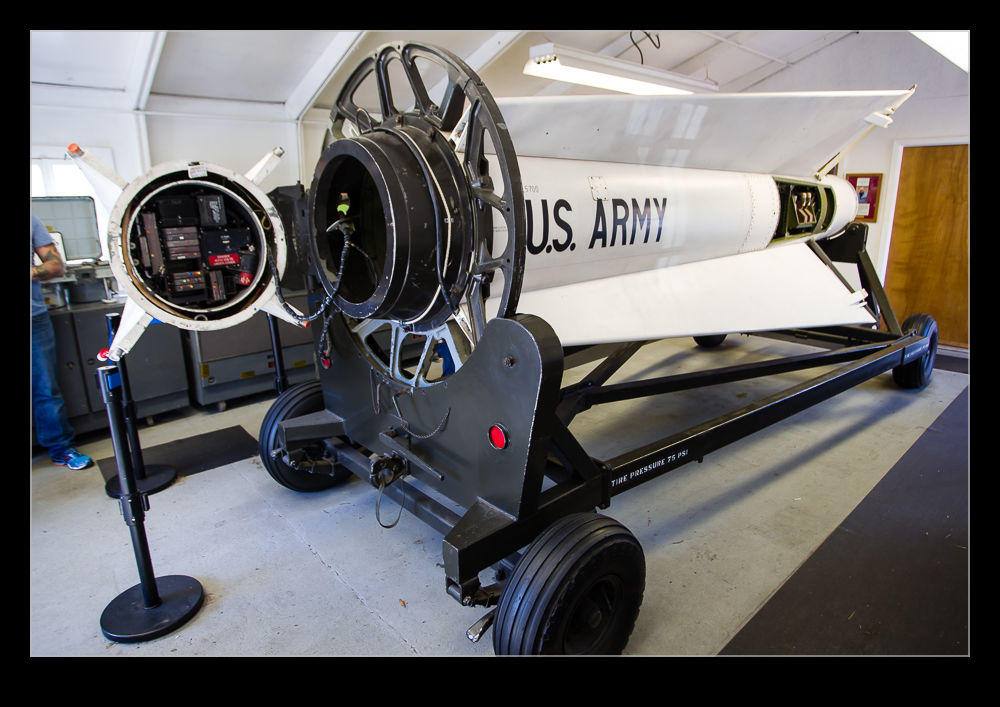 Meanwhile, the Hercules missile was undergoing development.  It introduced a far larger booster (actually four of the Ajax boosters strapped together), a larger sustainer motor and new warheads including conventional and nuclear options.  The longer range and greater intercept capability of the system meant that fewer batteries were required to achieve coverage and they could be slightly further out from the area being protected.  With a range of approximately 100 miles, the Hercules missile could reach its target in approximately 90 seconds.  The enormous booster gave it a phenomenal acceleration.  By the time the tail of the booster reached the point where the tip of the missile had been on the launcher, the missile was already supersonic. 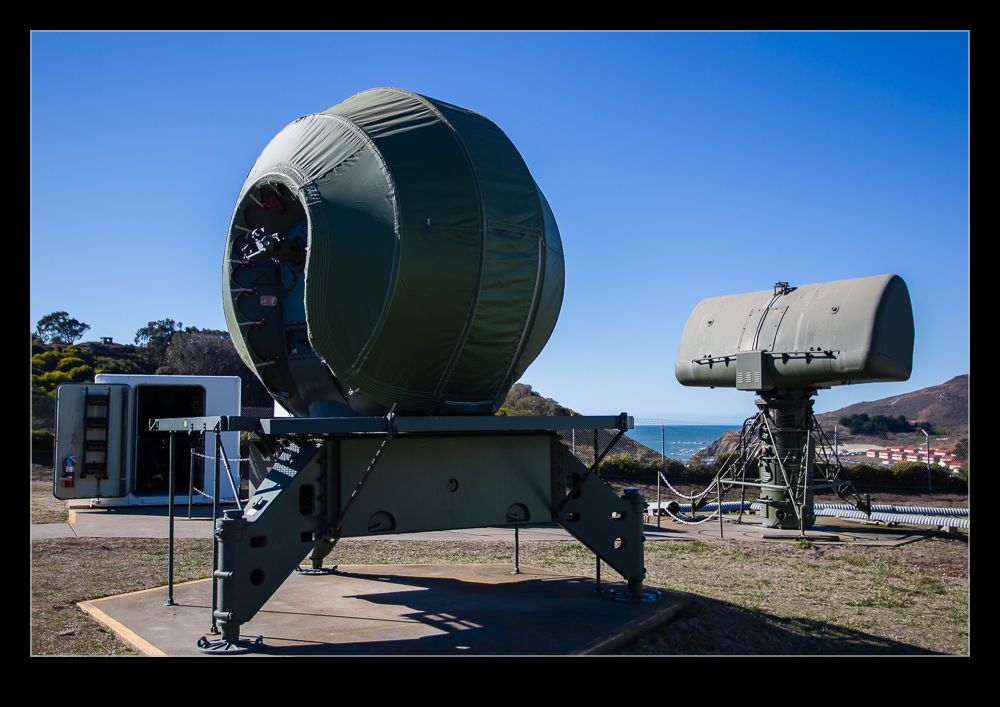 While Hercules had a notional capability against ballistic missiles, the move away from bombers meant the system was more vulnerable a technology advanced.  Ultimately, as part of arms limitation treaties, it was decommissioned as part of the anti-ballistic missile systems.  While hundreds of installations had once been in service across the United States and other countries, virtually nothing of them now remains. 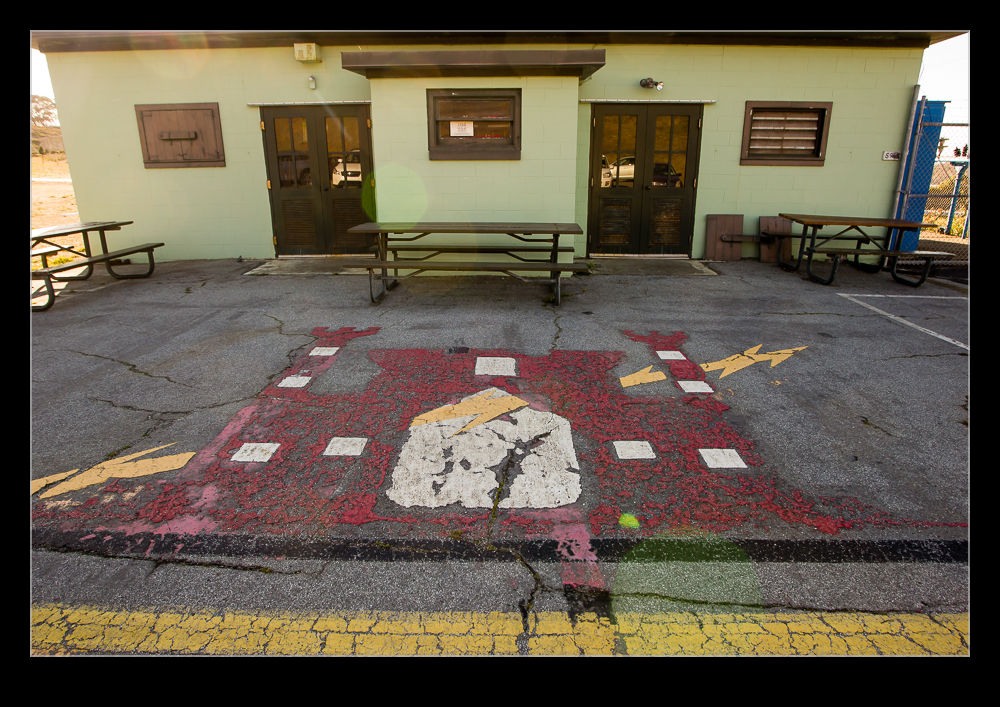 The only relatively intact location is just outside San Francisco on the Marin Headlands.  Located in a National Park, SF-88 opens to the public most Saturdays.  The last of over a dozen installations in the San Francisco area, it has preserved the core infrastructure of the installation even if it is condensed into a smaller area that was the case when it was operational.  The facility has a search radar and a tracking radar on display.  The search radar was used to identify the targets initially.  Then two tracking radar were used to carry out the attack. 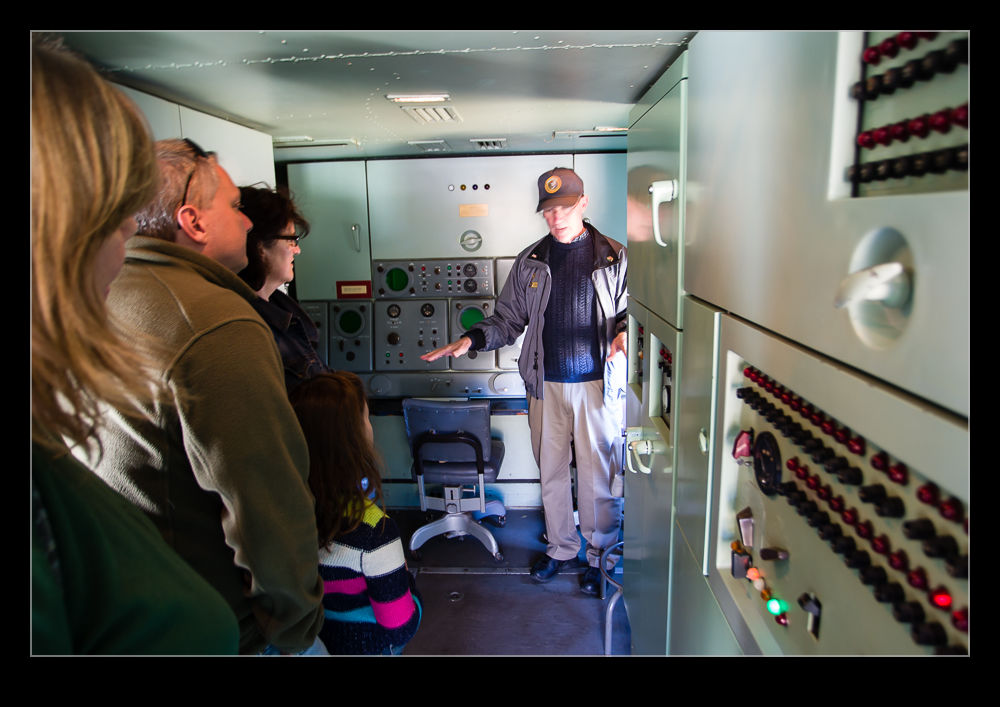 The first tracking radar would lock on to the target.  The second would track the missile as it was outbound.  The missile did not guide itself.  It received command guidance from the ground.  The two tracking radar would feed data to the analog computers that controlled the system.  It would then determine the guidance parameters to be transmitted to the missile.  The missile had four antennae on board – two to receive and two to transmit.  It would then make course corrections based on the signals received.  It would initially boost to very high altitude before arcing over and homing in on the target.  The aim was to detonate just ahead of the target to either provide a cloud of fragments into which it would fly or, in the case of the nuclear warheads, to obliterate it.  Even if the nuclear warhead detonated too far away to disable the aircraft, the electromagnetic pulse was considered likely to render the weapons inoperative. 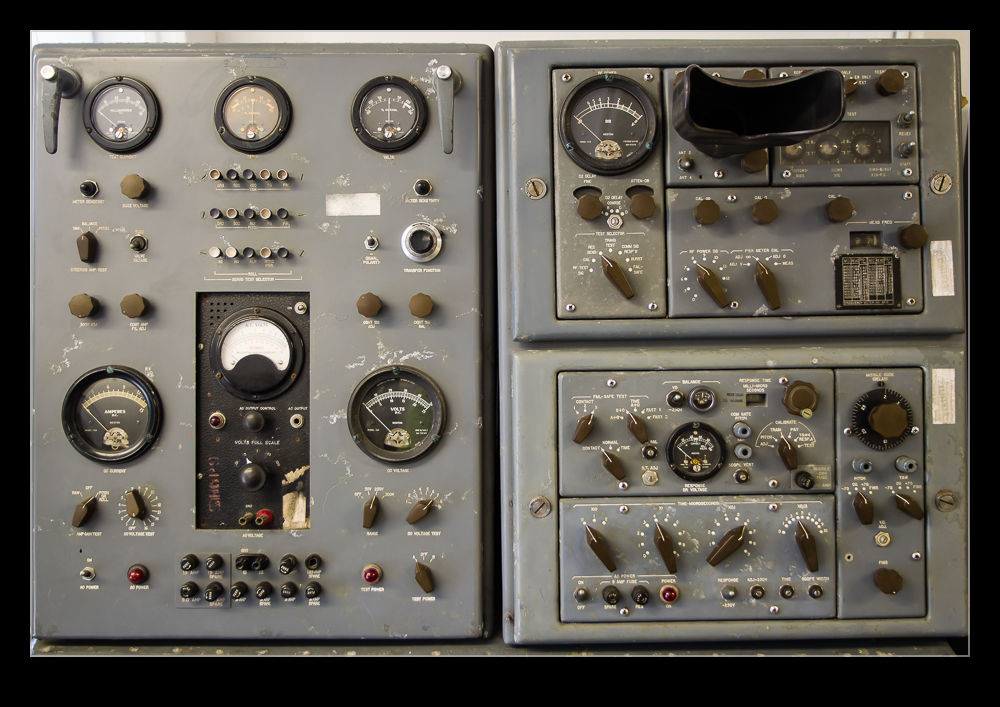 The control systems are on display in metal cabins above ground.  These systems were considered mobile if required, hence them not being buried.  The same was not the case for the missile bunkers.  They are underground with hatches to the surface through which the missiles would be raised and lifted into the near vertical launch position.  These facilities are still in place and the tour includes the chance to go underground, see a selection of Hercules missiles on the launch racks including one that is ready to lift.  When the guide has finished providing an explanation of the missiles and their usage, a climb back up out of the bunker allows you to see the missile being raised up out of the ground and into its launch position.

Only one missile could be fired at a time since the control system could only manage the tracking of one missile.  However, four launchers were part of the battery so multiple engagements could take place and batteries elsewhere in the area could also engage.  Once the missile had finished its flight, another could be loaded to go.  However, the large booster did leave its mark.  While it was scheduled to be jettisoned shortly after launch and to fall out to see, the intense heat could set fire to surrounding debris and the guides also talk about some falling propellant still burning as it came down.  Not a good place to be.  The sound of launch was also intense, even when in protected environments. 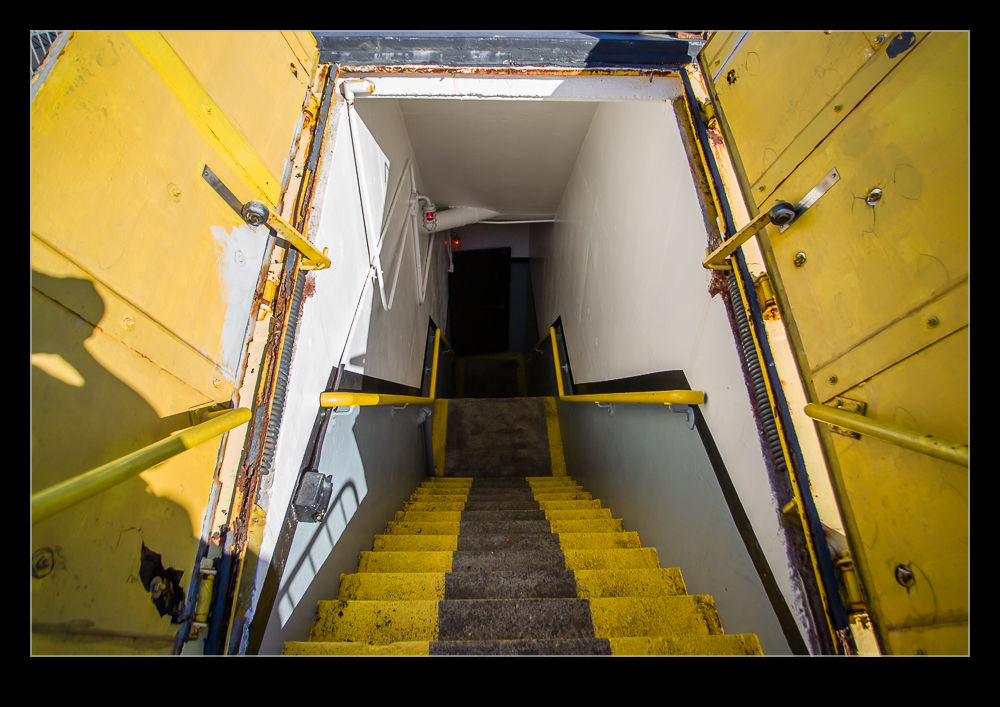 No launches ever took place within the United States of deployed missiles.  However, regular launches were undertaken by crews for training.  These were carried out at White Sands Missile Range with the crews deploying there periodically to practice actually firing the missile.  These missiles obviously did not have the nuclear warheads but were aimed at incoming target drones, some examples of which are also part of the installation.

The Marin Headlands are full of military installations long retired.  Gun batteries designed to protect the Bay Area from naval assault are common.  However, the Nike Installation SF-88 is a unique example of some more modern weaponry that was located all around San Francisco with most people being totally unaware it was there.  A visit to see this amazing place is well worthwhile if you are in the area.