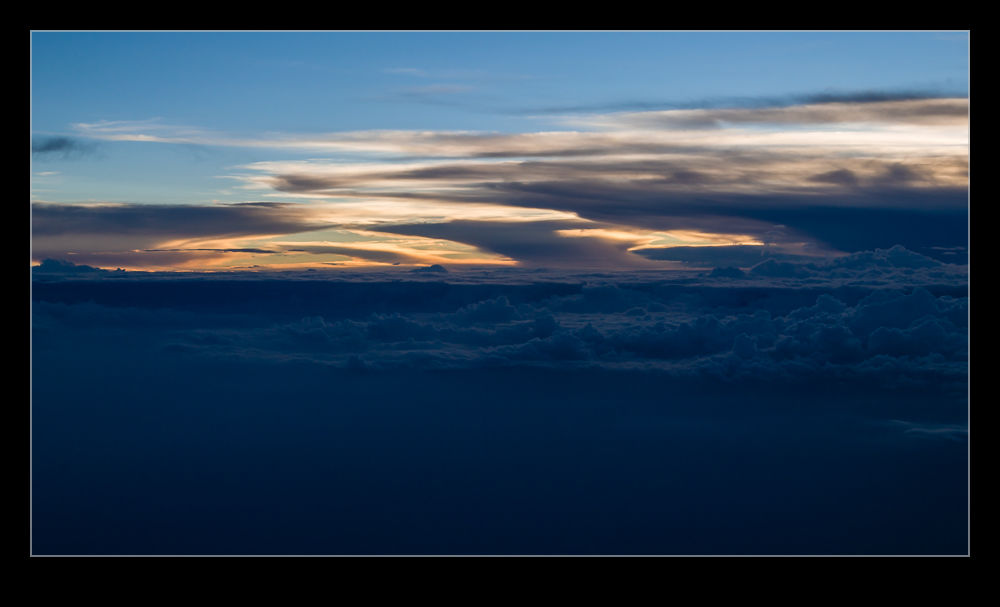 An evening flight I took departed just as the sun was going down. I thought I had missed the best of the light but I was treated to something different which I rather liked. There was a lot of cloud in the area and, while the orange of the sunset was off in the distance, the tops of the clouds still had some light but it was very blue. Initially I was put off by this since I was thinking about red skies but I came to appreciate this rather different look and ended of focusing on it a lot more than the distant colors.  This is not a white balance effect.  It really looked like this. 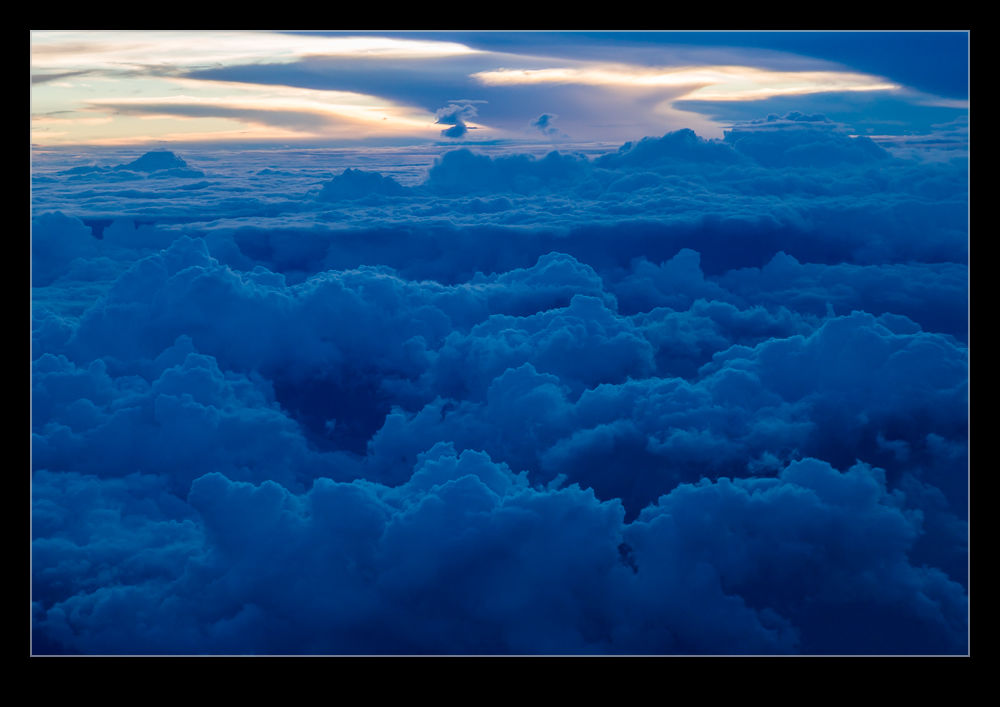 As we flew on, the light was fading fast so the look changed almost constantly. I therefore had a lot of different things to see before the light disappeared completely and I sat back to relax through the evening flight – at least until the next stop! 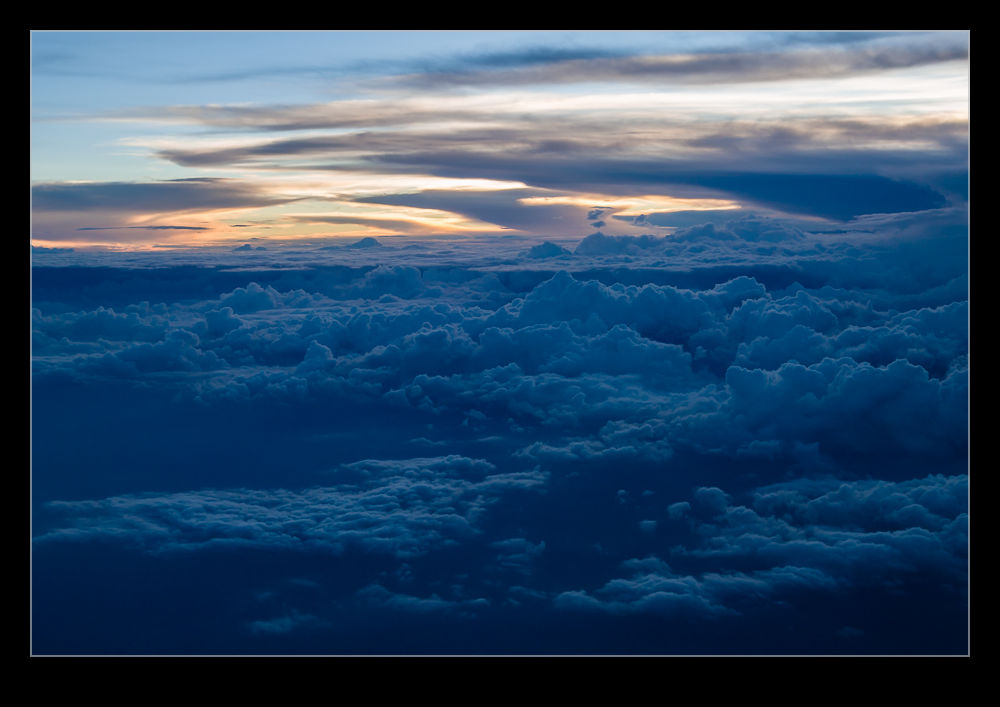