Fleet Week in San Francisco was something I had been looking forward to since moving here. The air display over the bay had looked great in shots I had seen from previous years and that combined with the parade of naval ships sounded good. Sadly, things didn’t quite go to plan. The parade of ships happened but there weren’t very many of them so it was not a huge parade. Then the flying started but, with cloud cover coming in from the Golden Gate, the flying tended to be pushed farther into the bay and away from us. 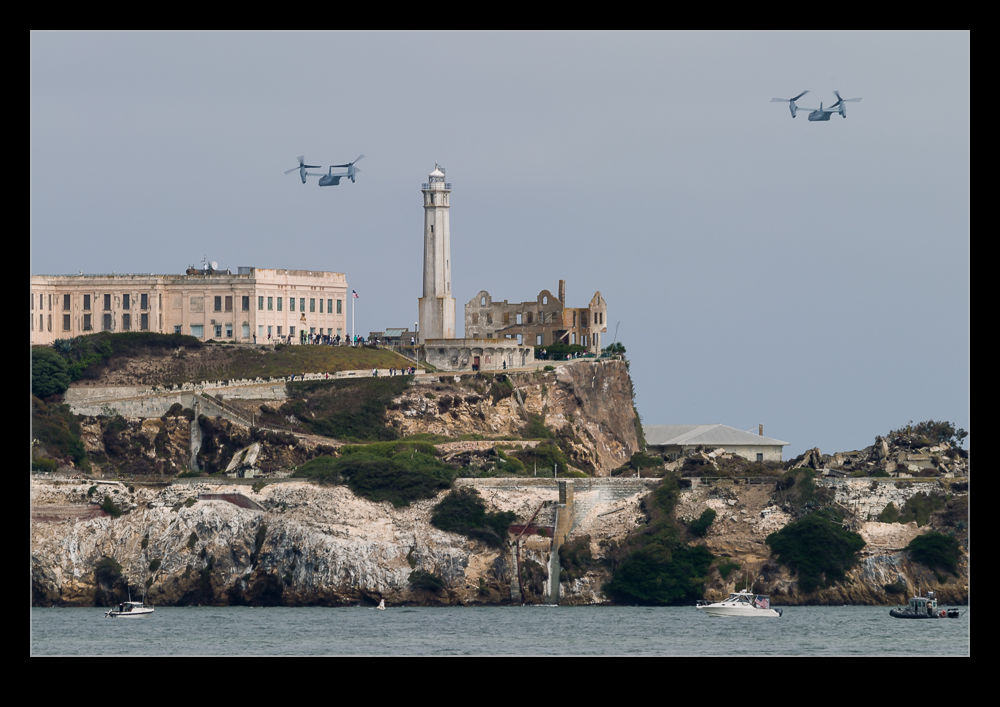 We did get a couple of V-22s doing a tour of the bay before the real flying display kicked off and the weather improved for Fat Albert’s part of the Blue Angels’ performance. However, the cloud came right back and the Blues did a few orbits above the clouds over us and then gave up. Apparently the weather was better on the following days but I could not be there for that so I missed out. However, I got to spend the day with a couple of friends so it was still better than being at work!