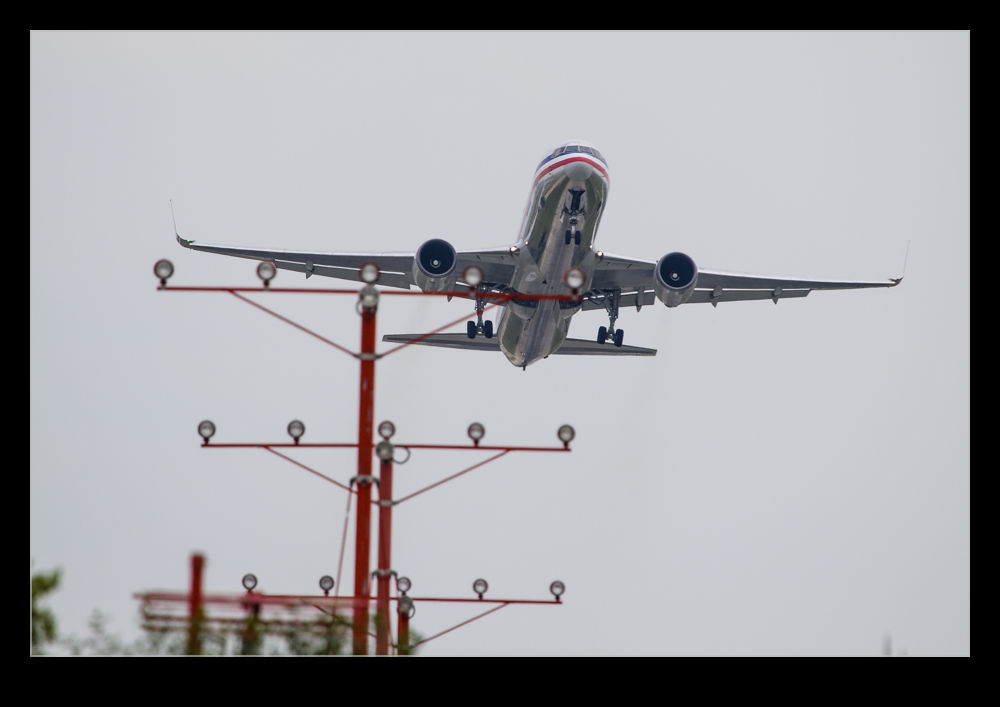 I hadn’t been out to O’Hare for a while and with a sunny Sunday according to the forecast and no other things needing to be done imminently, I decided to head out.  I spent the initial time out there getting some pretty normal approach type shots.  A couple of new things for me to see but nothing terribly dramatic.  Then I decided to try some other places. 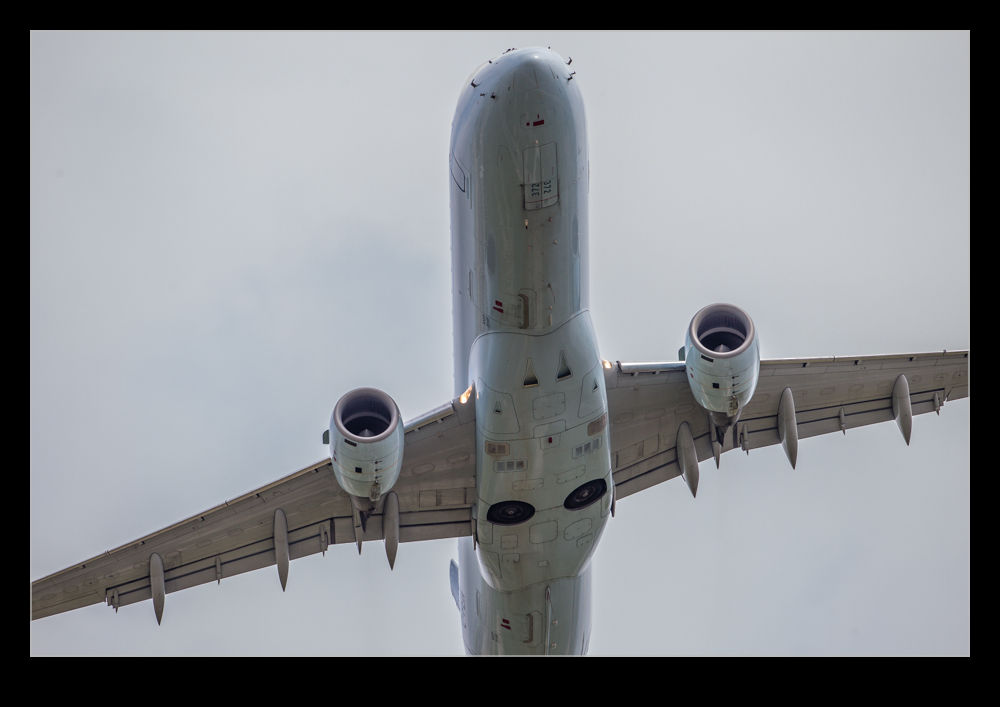 I headed around to the west side of the field and looked at what the departures had to offer.  A level of cloud had moved in which was making the sky a little gray in the shots, even if there was still a good level of sun on the planes.  The sun was causing a lot of heat haze and the backgrounds weren’t making for great shots so i decided to bag that idea and head to the approach lights.  With departures off 32L, I could go to the place where the approach crosses the main road and get some head on shots of the departures. 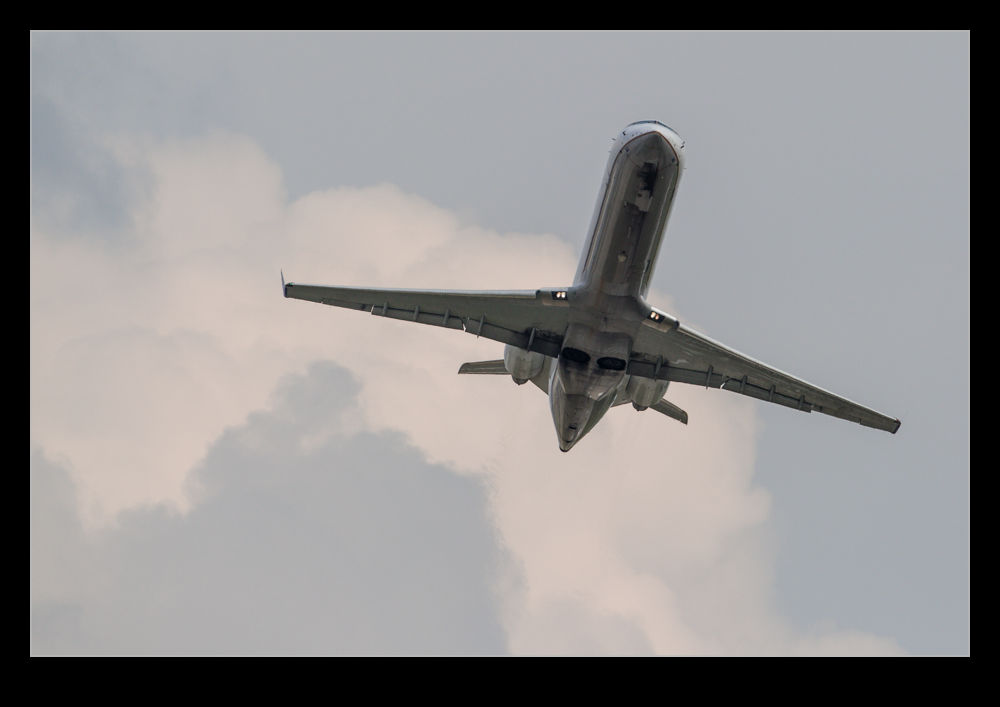 It is a bit of a game since the planes appear quite suddenly and are soon over you.  However, it offered some different views.  Not something I will do every time but it was good to get a slightly different perspective on what is on offer.