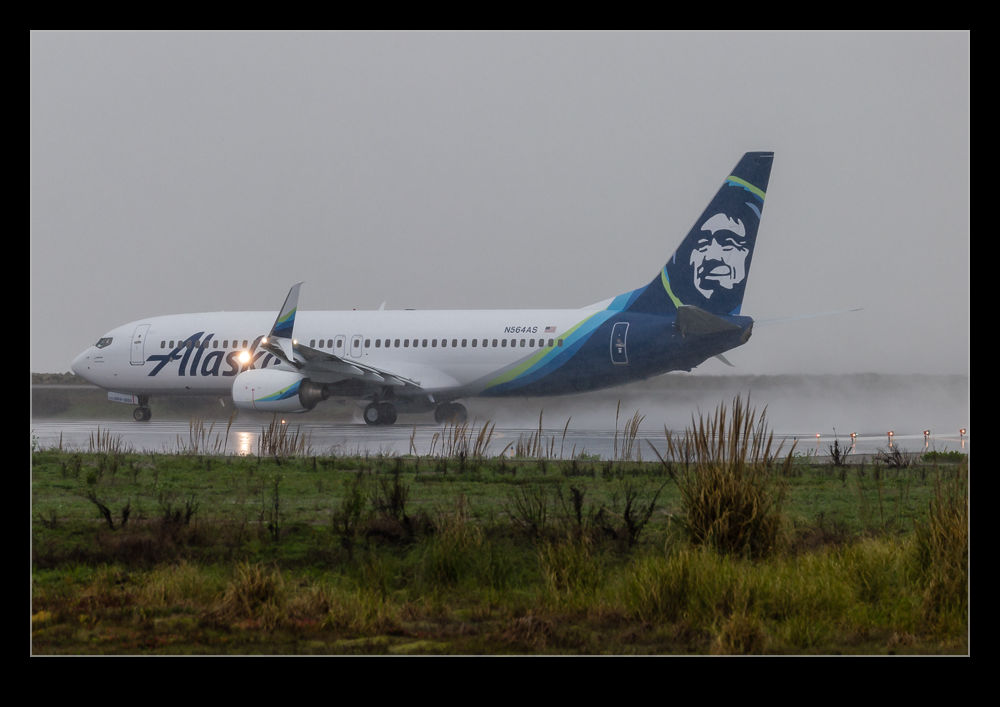 When an airline decides to change its livery, it isn’t too long before large numbers of their aircraft are in the new scheme and you start forgetting that there was ever a previous paint job. In between those two points is the time when you are interested in the change. Catching something in the new livery is of interest. Alaska Airlines has changed their colors. As an airline that is active in this part of the world, the chances of catching the new look should be good. 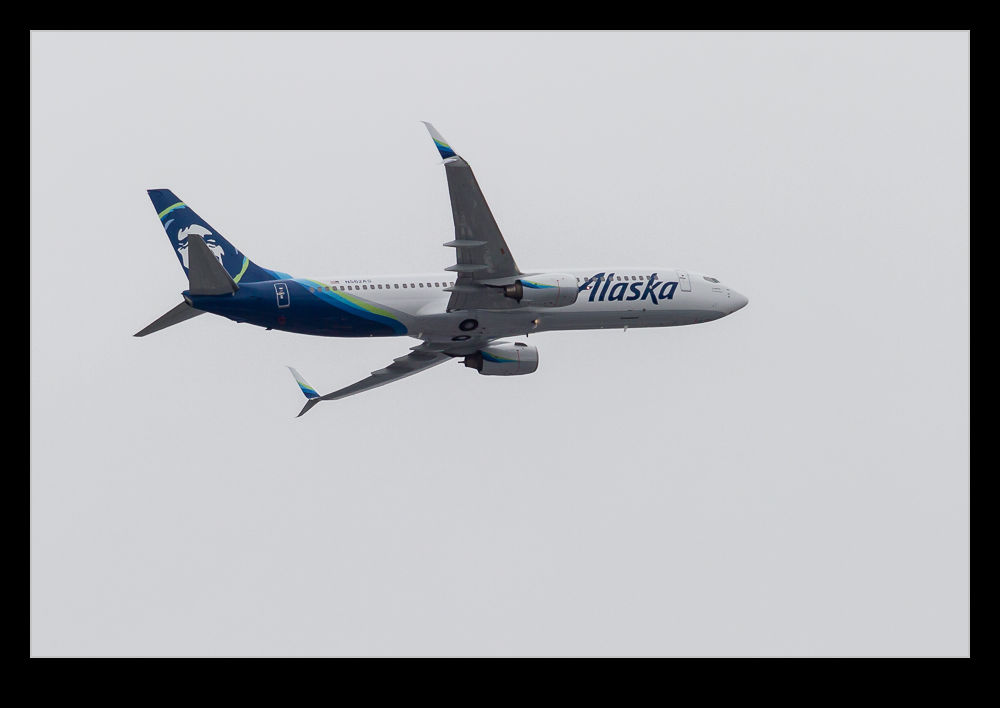 It so happens I have seen two of them in close succession. One was overflying me while I was out walking. There was a lot of wildlife on my walk so I had a long lens on the camera so managed to get a couple of shots. The light was not great and there was plenty of cloud so not a great shot. The next time was shortly afterwards when the conditions had become considerably worse. Torrential rain meant that the plane was pretty obscured by the rain drops even though it was not far away. Neither of these will be shots that get pulled from the archives I imagine as they will be replaced by many more as the planes get repainted. However, they were my first encounters with the new look. 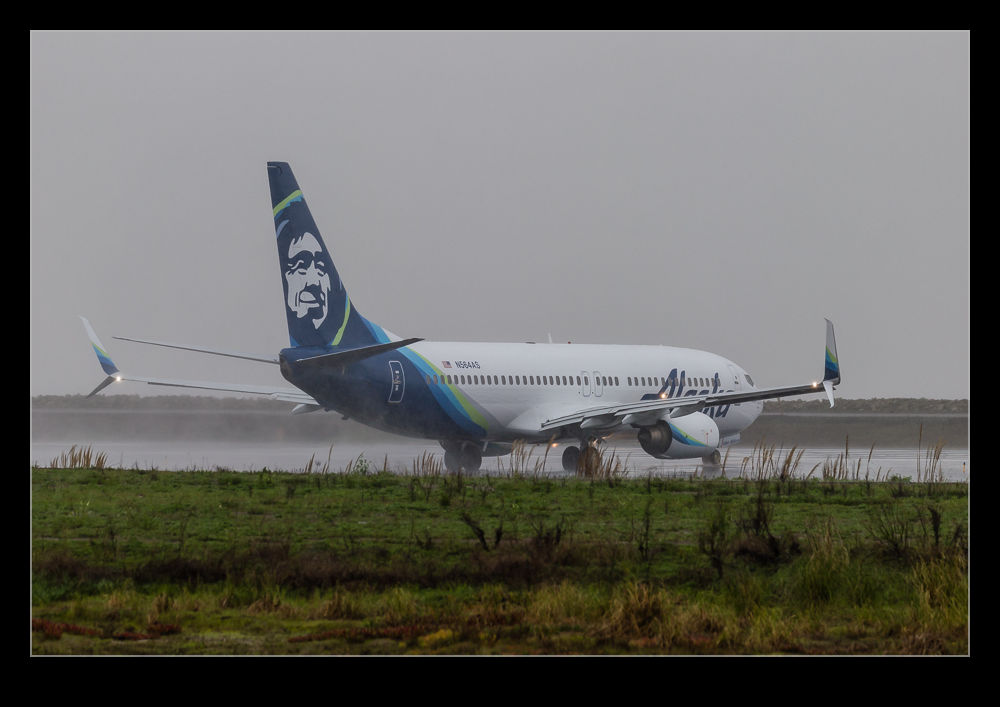