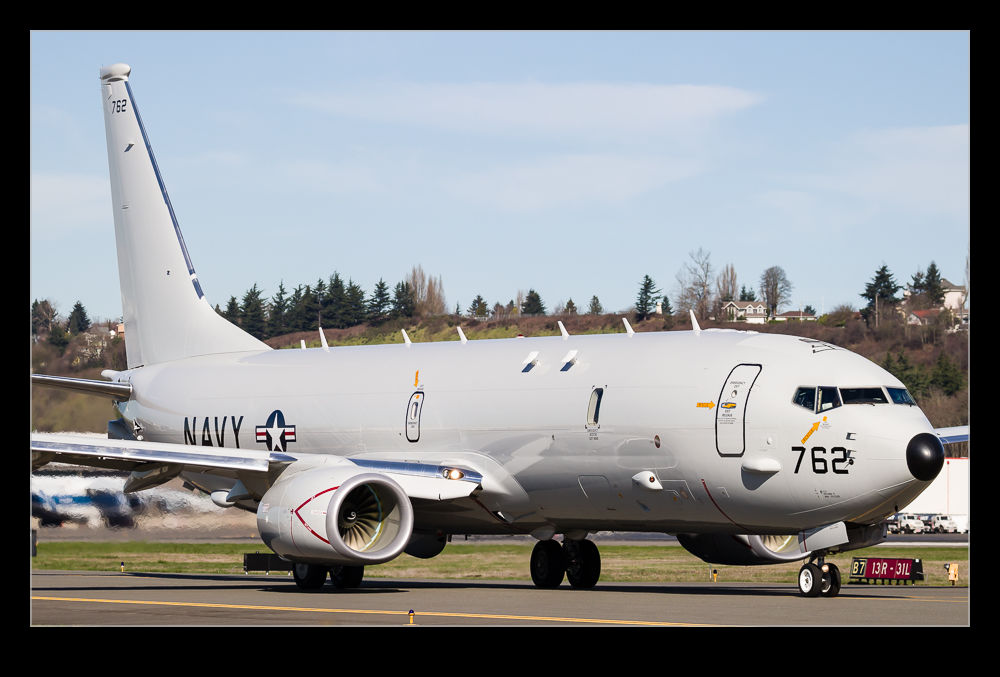 The Boeing P-8 Poseidon is not a new plane. In fact, it first flew in 2009. Why is it, then, that I have never seen one in flight before? I have seen them on the ground at various times. This has included air shows and seeing them on the flightline at Boeing Field. I have come close a number of times there including some of the Indian Navy Ark variants that have been undergoing testing. Despite all of this, I had not seen one fly. 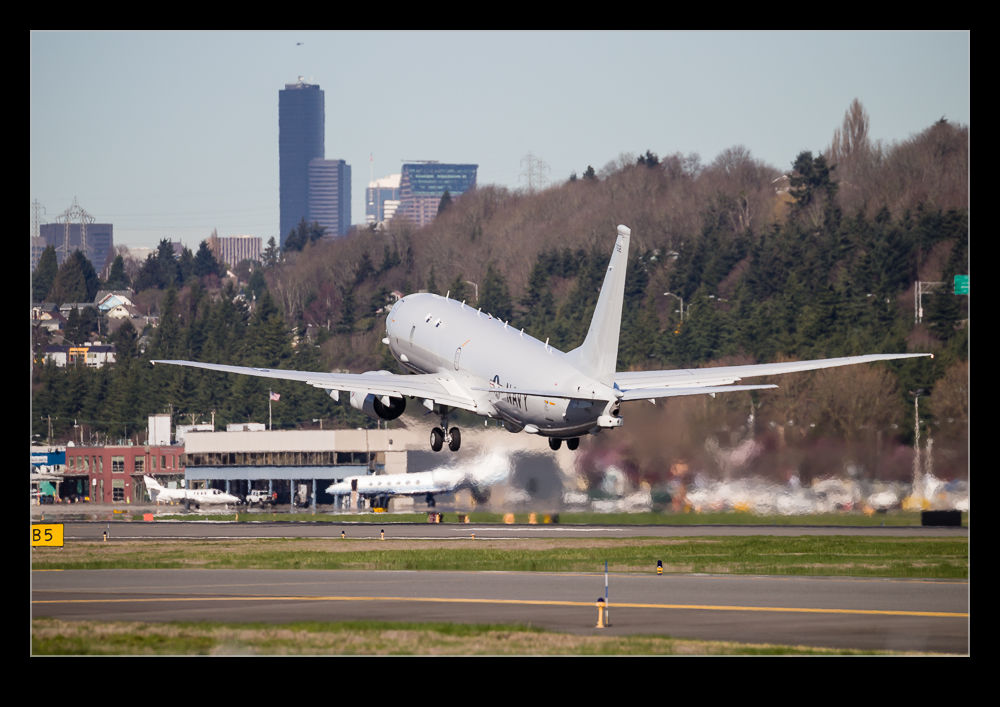 Fortunately, I have finally overcome this shortcoming, if only briefly. I found myself at Boeing Field on a recent trip to Seattle where I was eating my lunch between landing from a flight and heading off to a meeting. A pretty narrow window in which to hope to get anything interesting but, this time, I was lucky. The P-8 taxied out shortly after I got there and lined up. He wasn’t going for a takeoff at first. A surge of power and acceleration down the runway followed by an application of the brakes and the rejected takeoff test was done. This meant a trip back down the taxiway and right past me to get back to the threshold. 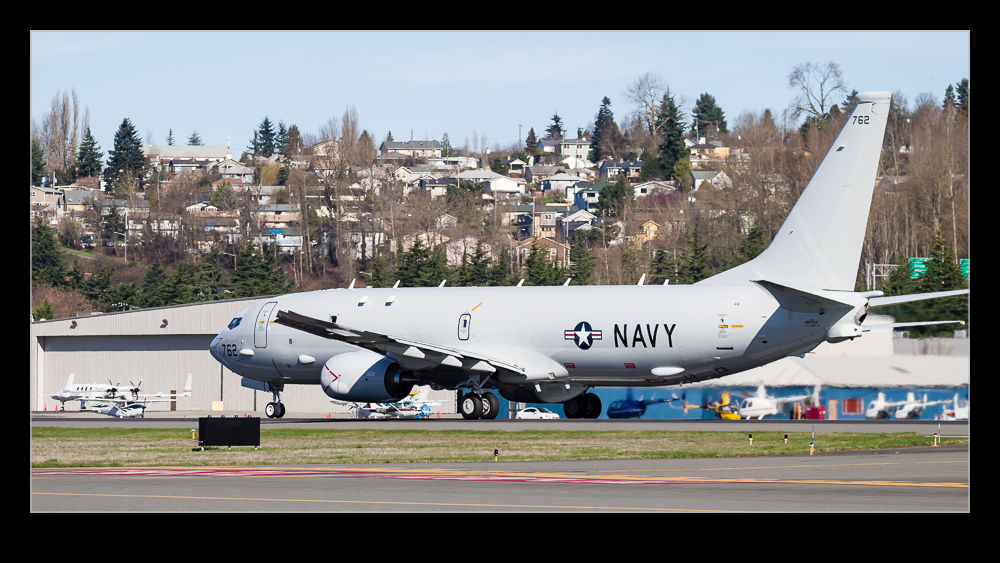 The second time was supposed to be the full takeoff and the lightly loaded jet was promptly airborne and heading off to carry out its tests. It would be gone for a few hours so I wasn’t going to catch its return but it was great to finally see one moving and flying. 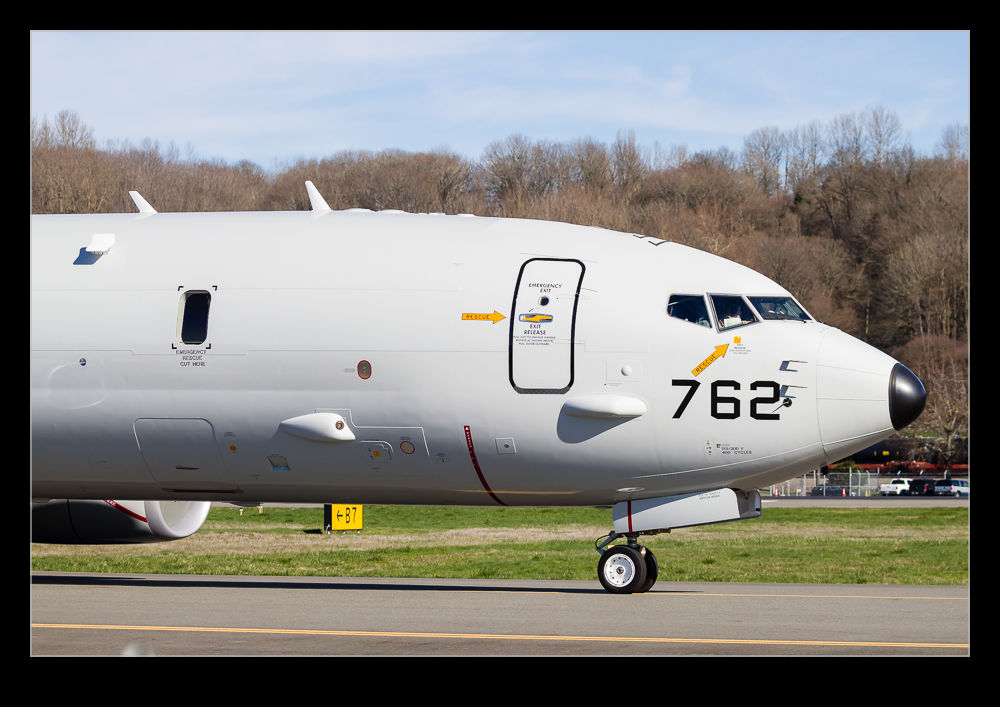 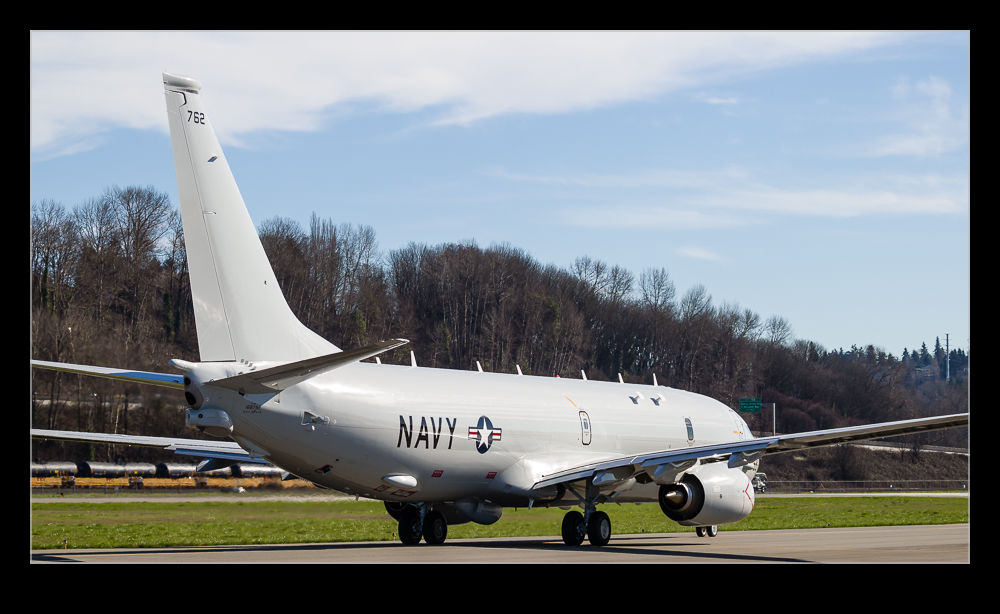