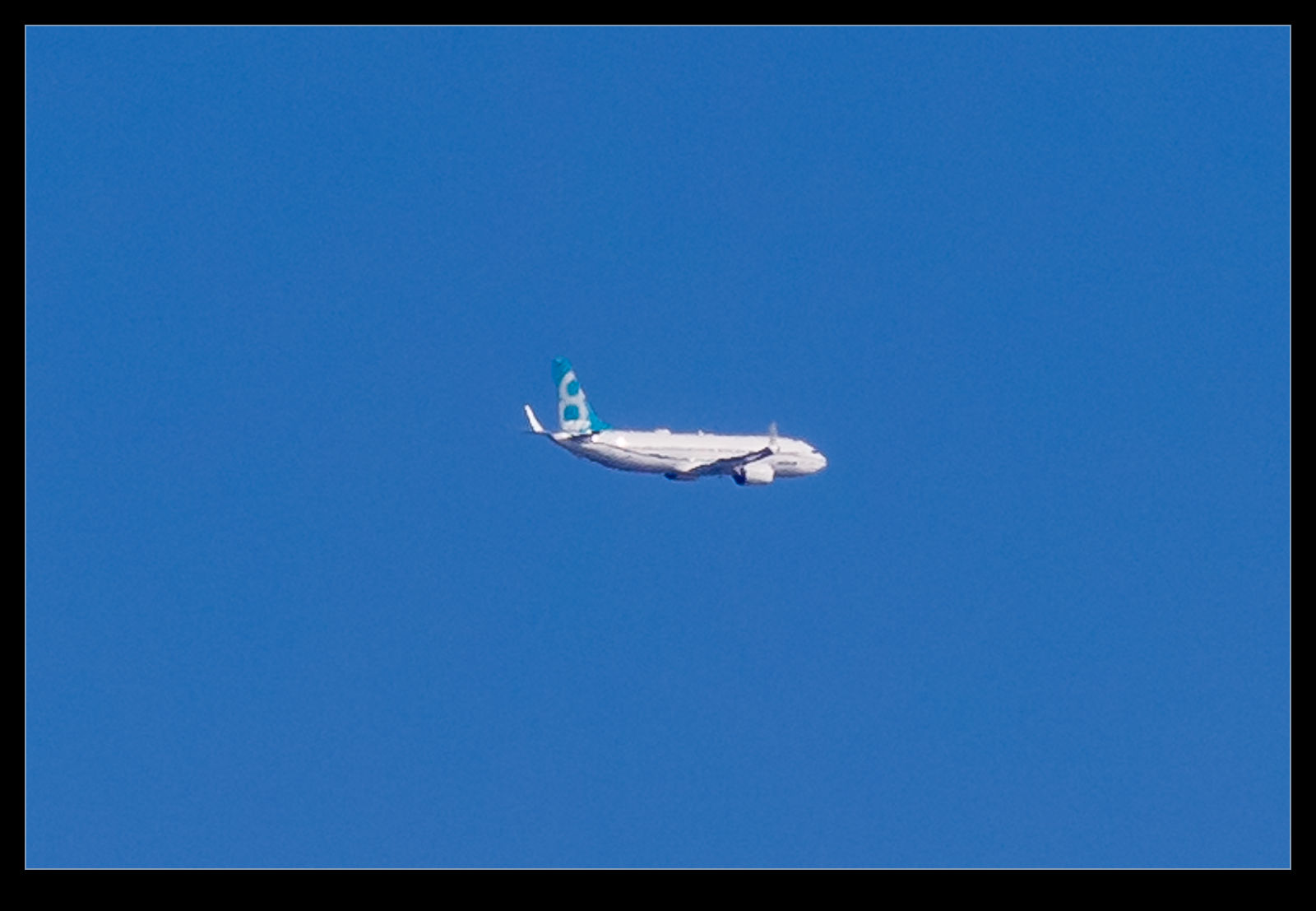 Sometimes you take a shot when you know it is pointless.  However, something inside you says take it anyway and delete it later.  One such shot was a 737 I saw heading to SFO while I was over in Hayward.  I don’t know why I bothered with the shot, maybe the colors looked unusual, but when I looked at it later, it appeared to be in Boeing house colors.  It looked like one of the 737-8Max development aircraft.  A quick check on Flightaware and indeed it was.  This shot is useless for most purposes but it is my first shot of a 737Max!