If you mention going to the beach, most people will initially visualize a sandy stretch with the sun in the sky and the waves lapping the shore.  While that is certainly nice, I also love a rugged beach on a rough weather day.  We took a diversion during one of our day trips and headed for Rialto Beach.  There was rain in the air and the wind was certainly blowing but this enhanced the atmosphere of the beach.  Just offshore, large rocky outcroppings rose from the water.  Their tops were almost obscured by low cloud and the waves were crashing up against them. 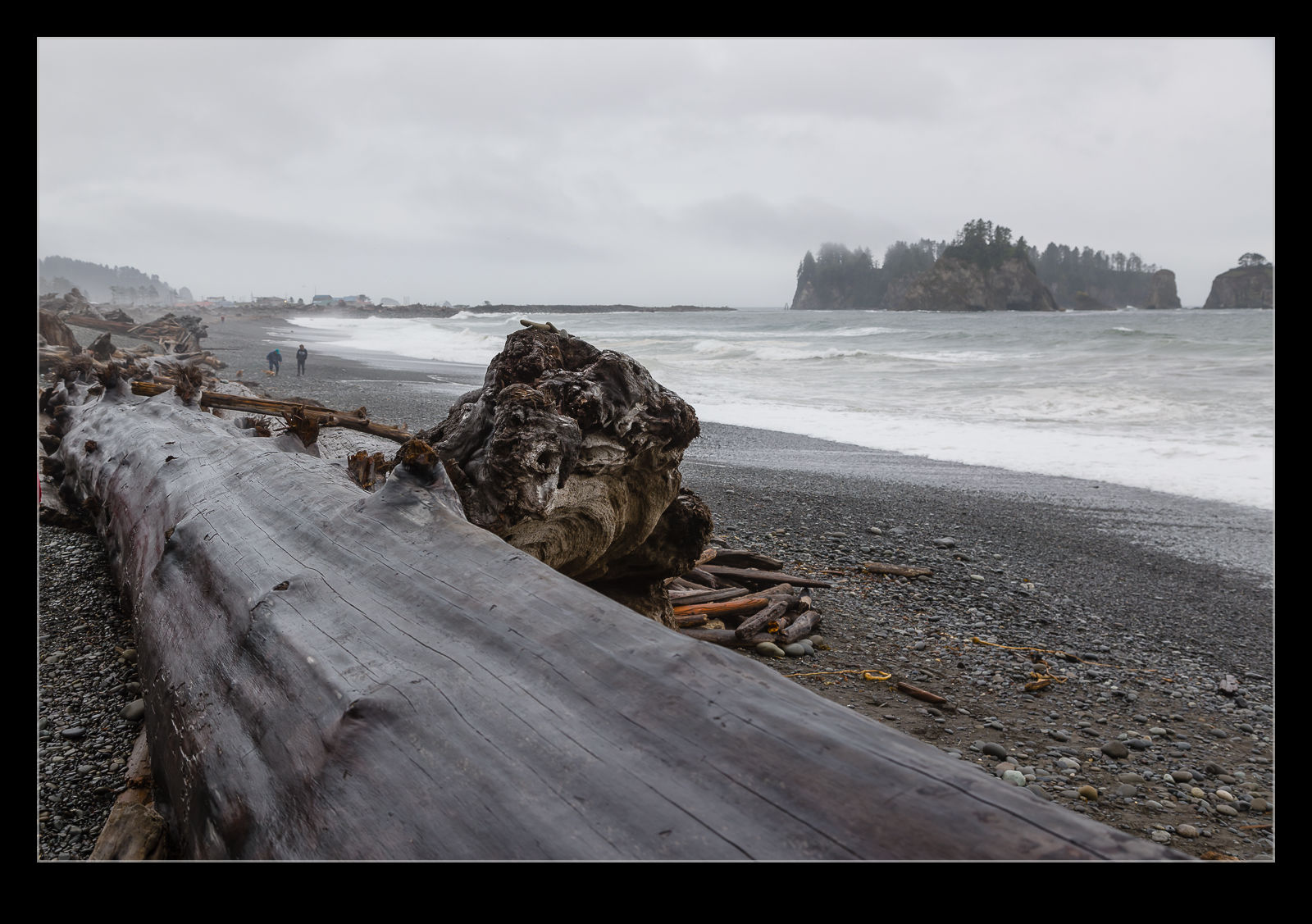 The shoreline was covered with debris that had washed ashore.  Logs were stacked up at the high water mark where the waves had pushed them as far as they could go.  The bark was stripped leaving the core wood polished and exposed.  The stones that made up the beach were ridged based on how high the tide and the waves would push them.  Everything looked dramatic in the damp and windy conditions.  The attraction of the place was obviously high because plenty of people were there.  Whether walking their dogs along the beach, taking a walk along the water’s edge or just standing up near the logs and staring out to sea, they were there in numbers. 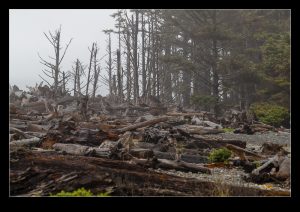 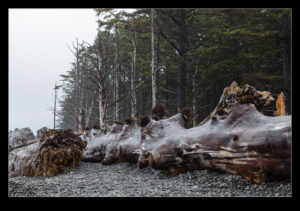