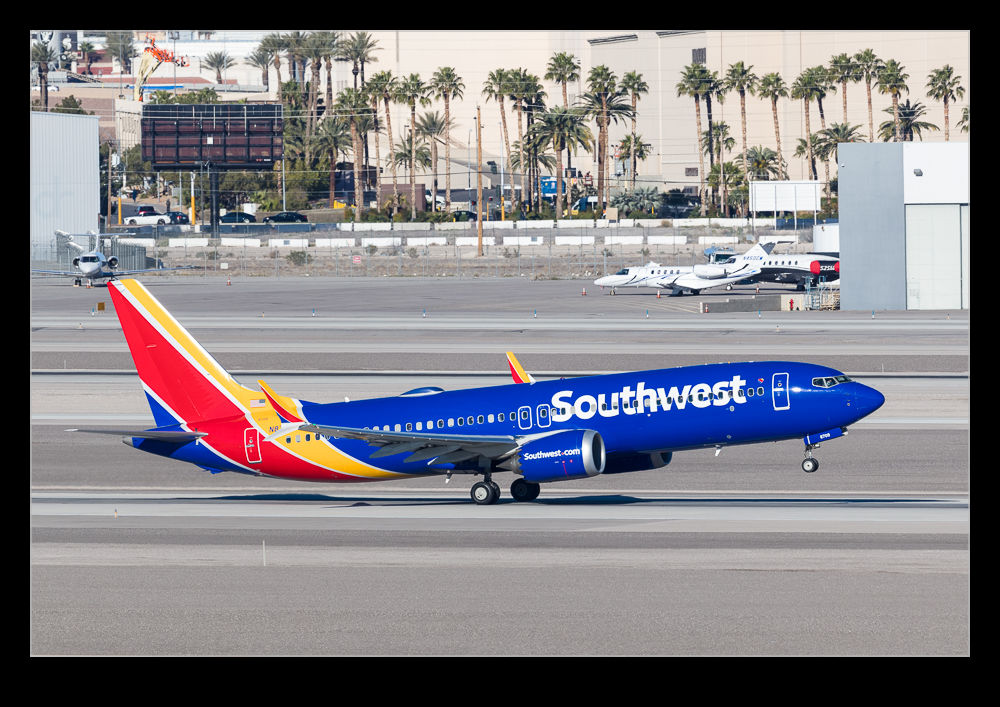 Paul and I were in Vegas for Red Flag but the early morning is also a good time to shoot at McCarran International.  The morning light is ideal for the north/south runways and, with the wind playing ball, you can get the iconic McCarran shots of jets taking off with the weird and wonderful hotel buildings behind them.  Where else will you get a pyramid and the Empire State Building in the background.  Southwest has a big presence at McCarran and we saw a string of their jets head out including one Max8.  We watched it climb out little realizing that the grounding order would be coming within hours or even minutes.  Whether the jet continued to its destination or turned around, we don’t know but that was its last commercial flight for a while. 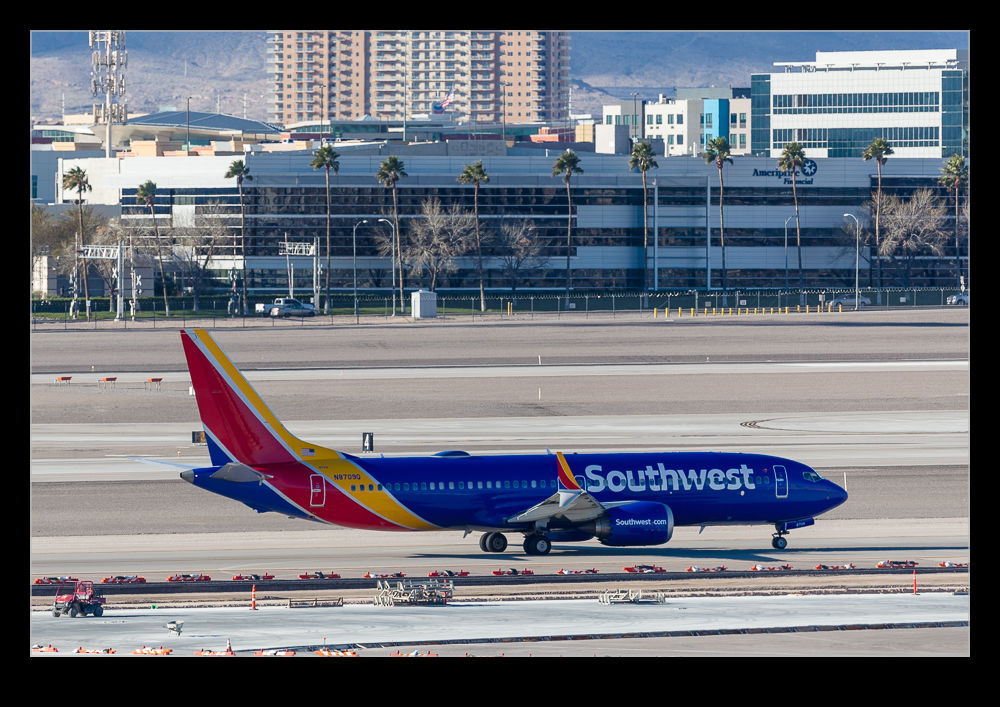 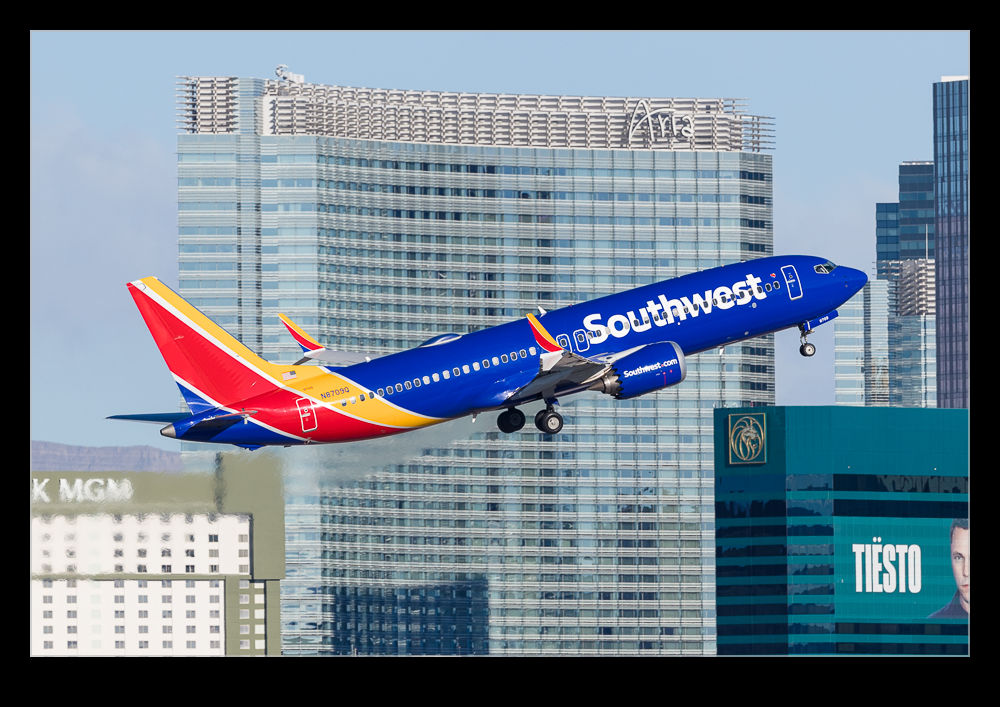