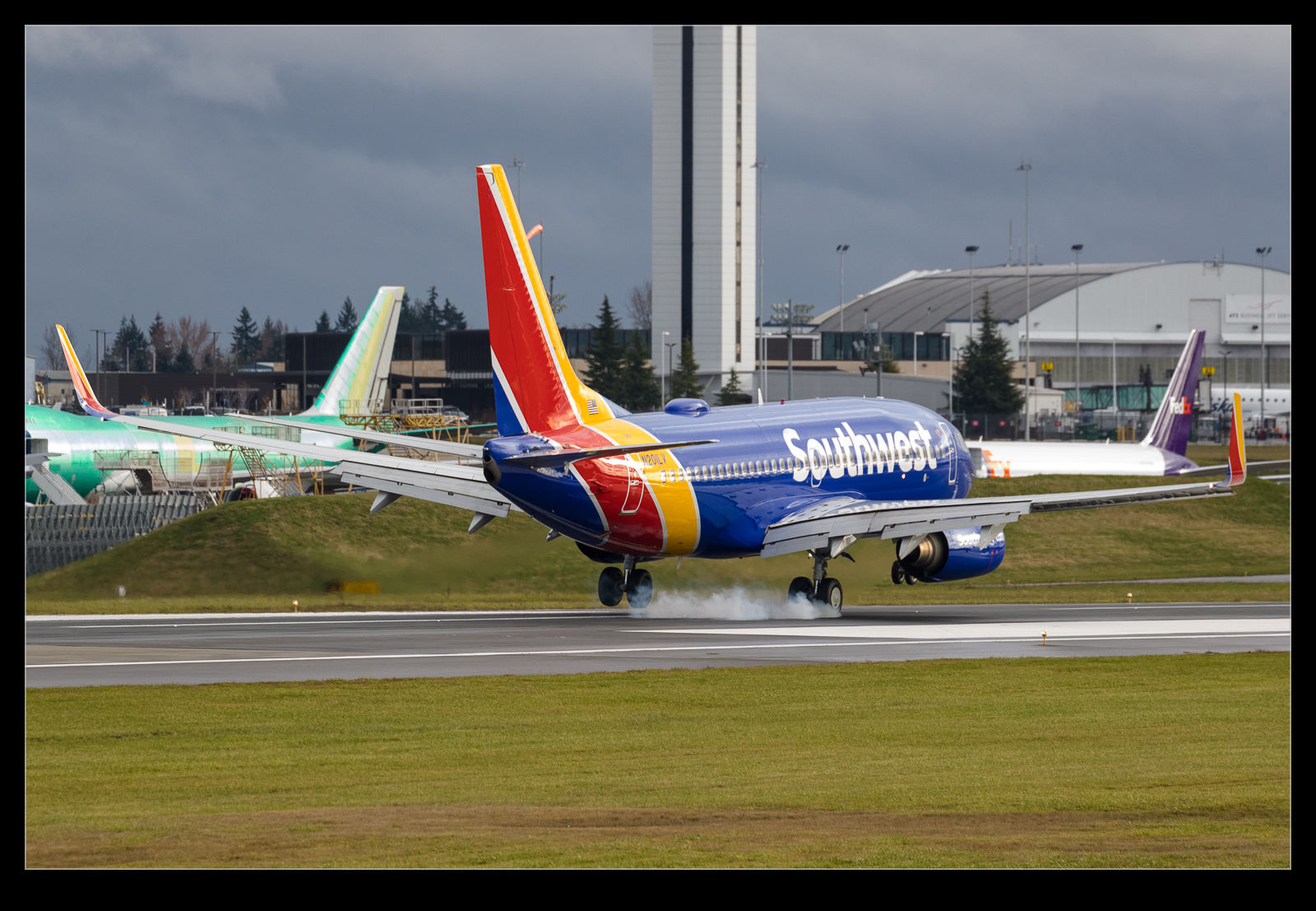 This Southwest 737-700 was completing a test flight at Paine Field.  The crosswind was pretty strong so the pilot used the wing down approach to handling the crosswind.  They touched down on the starboard gear and bounced a bit before settling those wheels on the surface.  A short while later, they rolled wings level and the port gear made contact.  Aside from the bounce, a pretty good example of landing in a crosswind in a big jet. 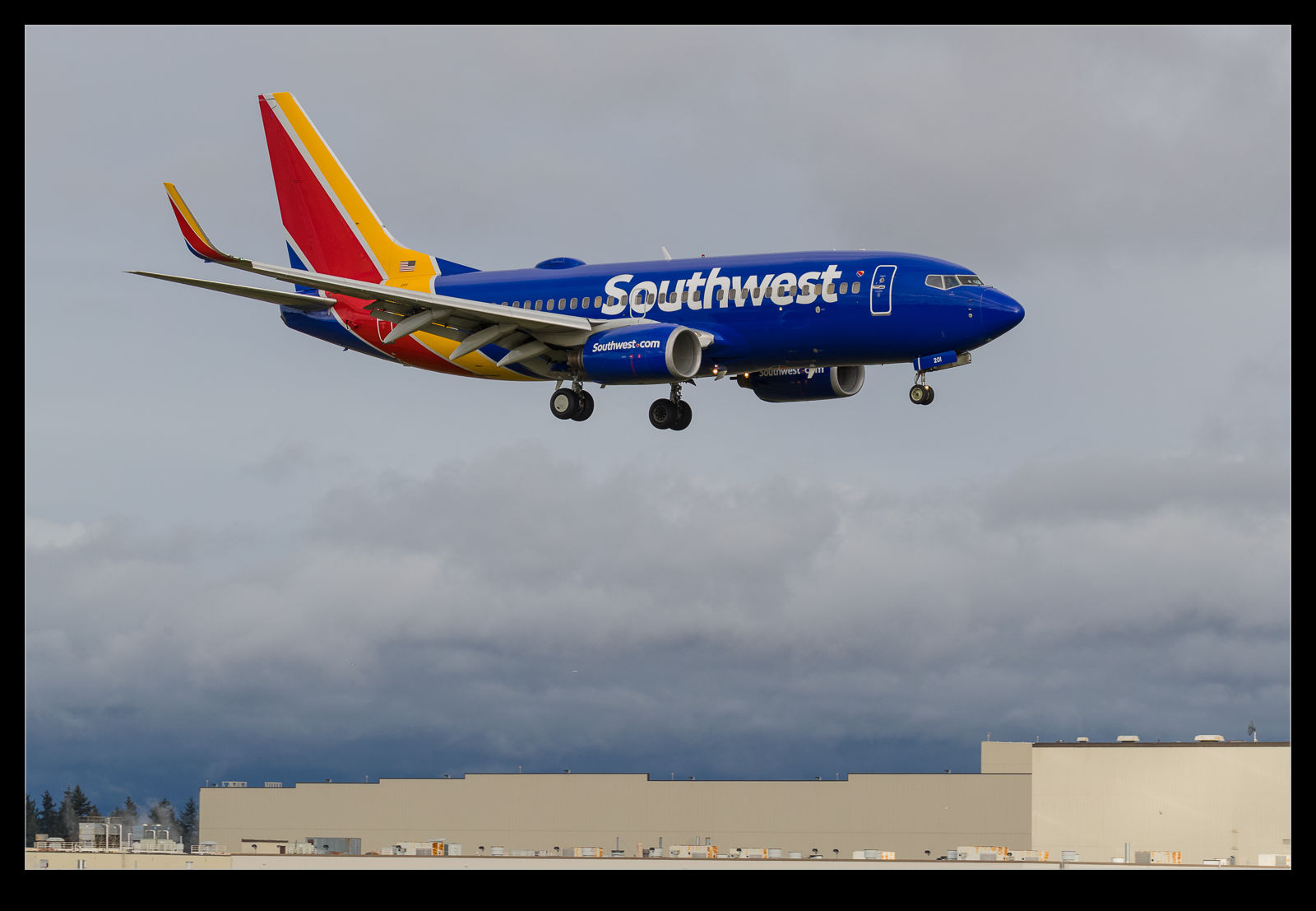