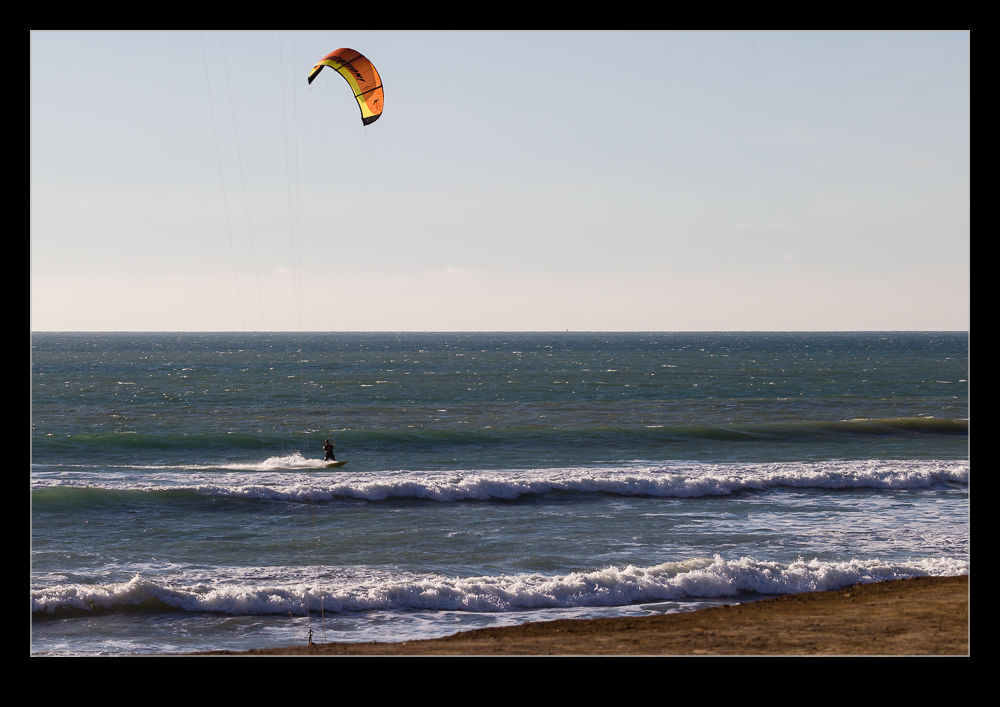 Our run up the Pacific Coast Highway included a brief stop at one of the beaches as we passed by. We had a dinner reservation in Half Moon Bay and had some time in hand so standing on the shore for a little while watching the ocean was going to fit. One of the beaches had a few people kiteboarding just offshore. There was a strong breeze so they were able to get some speed up. 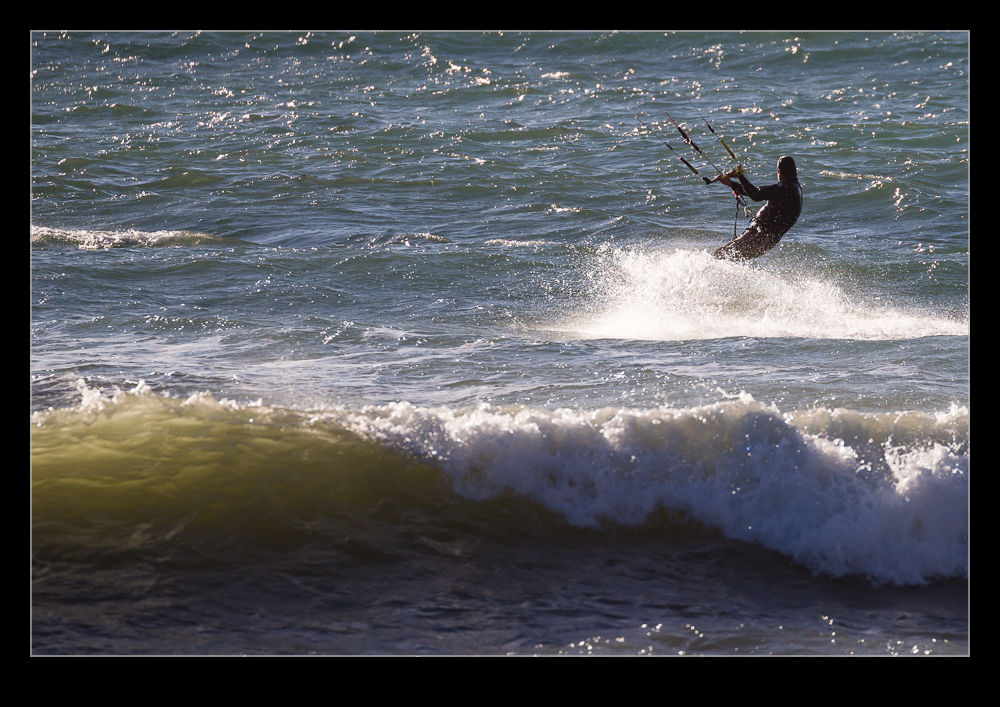 There was some surf rolling in but they weren’t getting the big airs you sometime see when the boarders can combine the wind angles with the direction of the surf. Even so, they seemed to be having some fun.