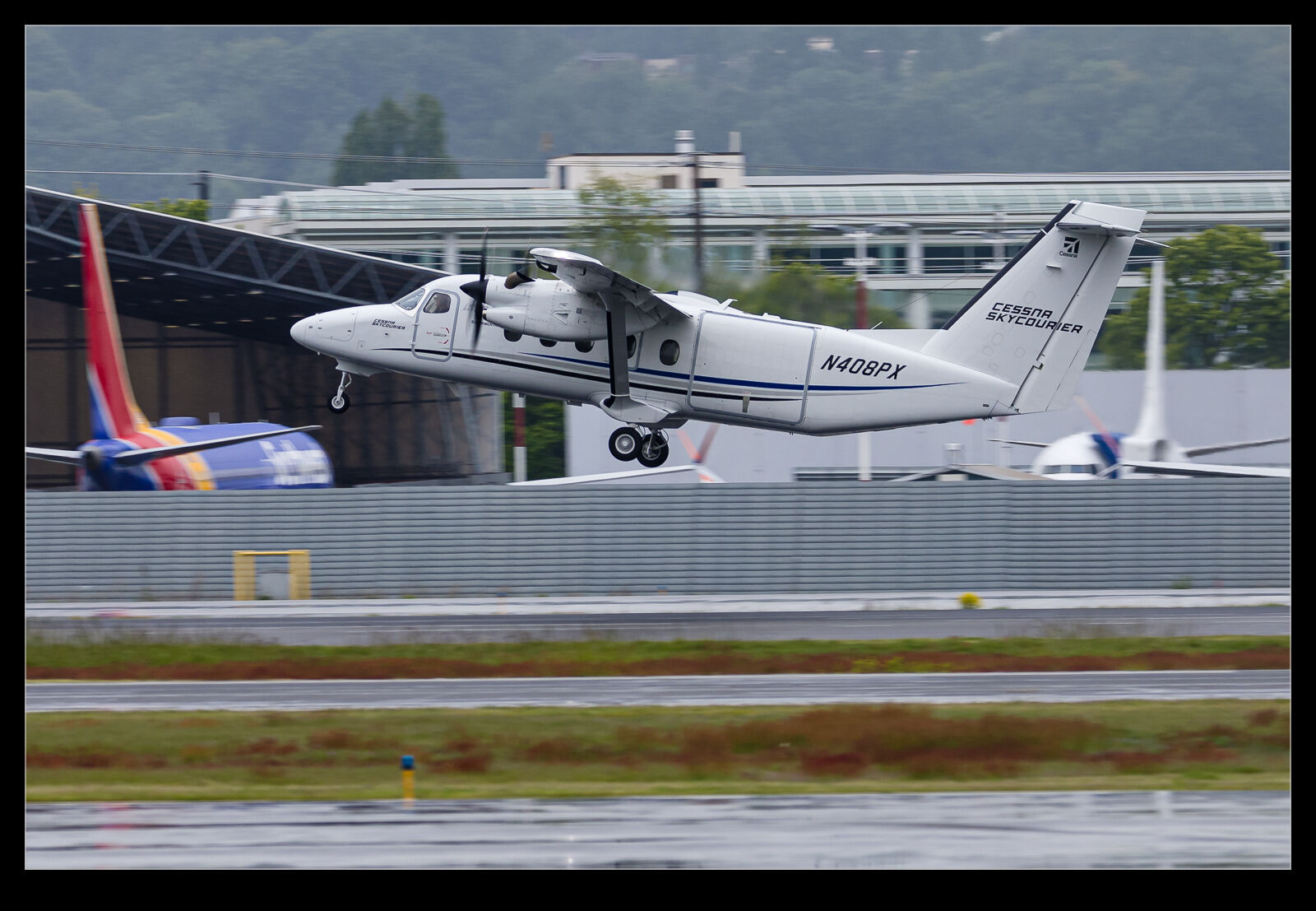 Cessna recently received certification for their new twin turboprop, the Cessna 408 Skycourier.  The aircraft can be either a passenger or a freighter configured type with the initial orders being for FedEx to replace their Cessna Caravan fleet.  It won’t be too long before there are tons of them around but, right now, FedEx has only just taken delivery of their first.  I was driving to Boeing Field to catch another arrival and, as I came down the hill towards the field, I saw an unusual shape fly down the approach.  I thought it looked like a Skycourier and it turns out it was. 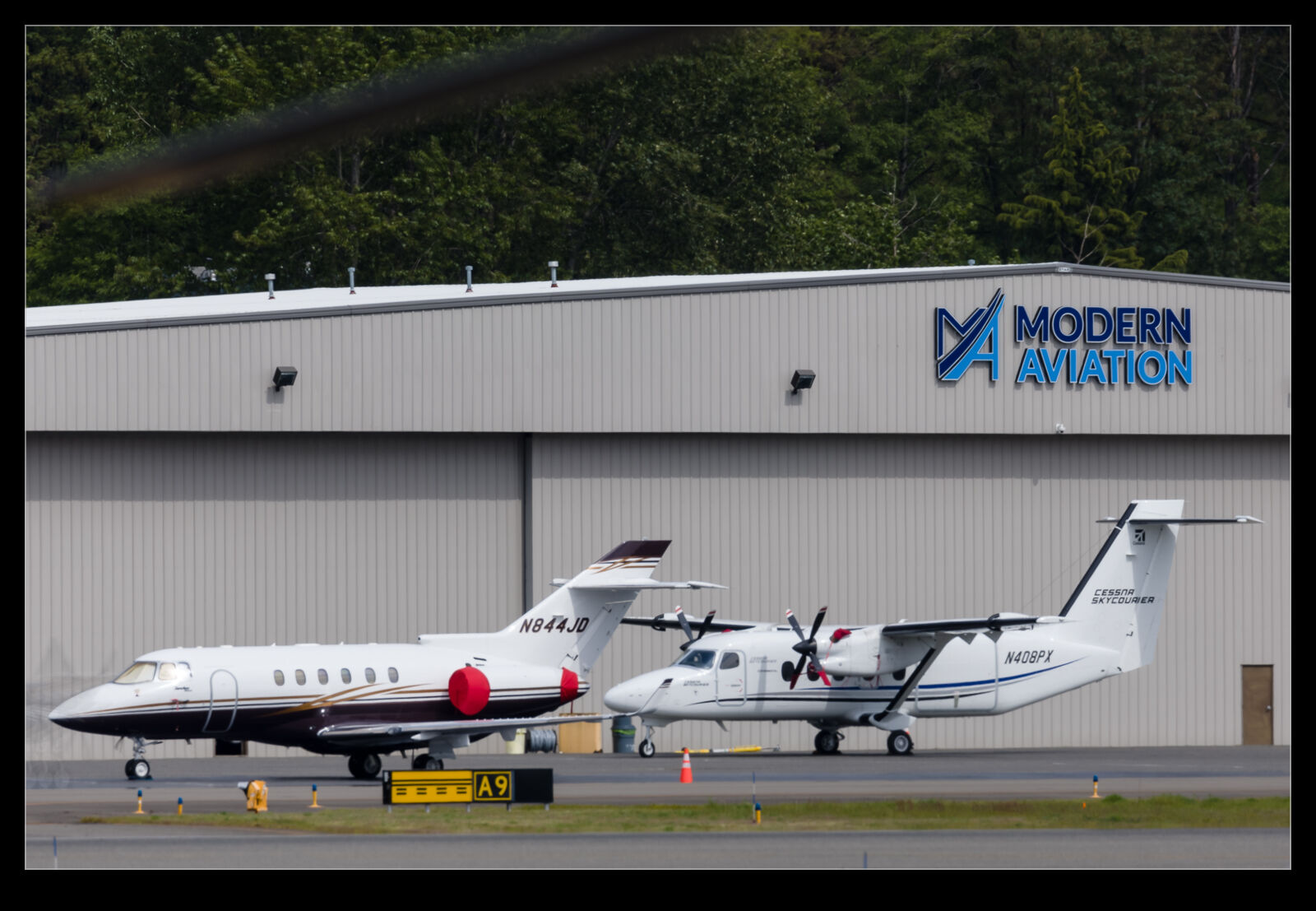 I was super annoyed that I could have got a shot of it on approach if I had been about two minutes earlier than I was.  It had arrived from Alaska and I hoped it was going to continue on but, unfortunately, it was parking for the night.  I could just about get a shot of it across the field but the heat haze was not good.  I did see that it filed a flight plan for the following morning which, since it was the weekend, meant I could get out to see it. 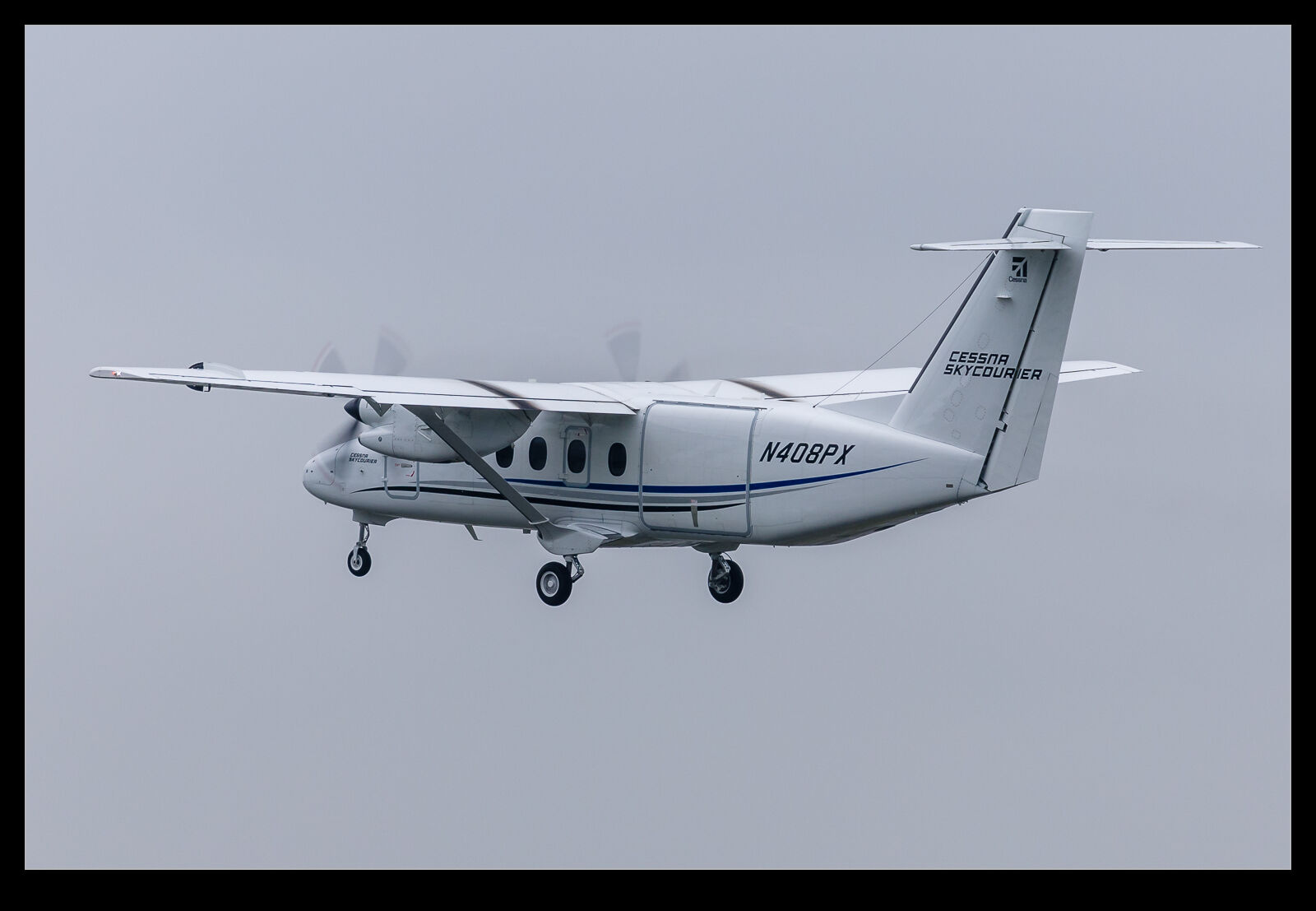 The following morning was dull and rainy – of course!  The departure time had slipped 20 minutes but I wasn’t trusting anything so headed out early.  I got to the terminal area and discovered that it had already taxied and was at the hold short.  Having missed the taxi shot, I was pretty annoyed but at least I was able to get the departure.  It rotated level with me and climbed away heading for Casper as its next stop – presumably with Wichita being the final destination.