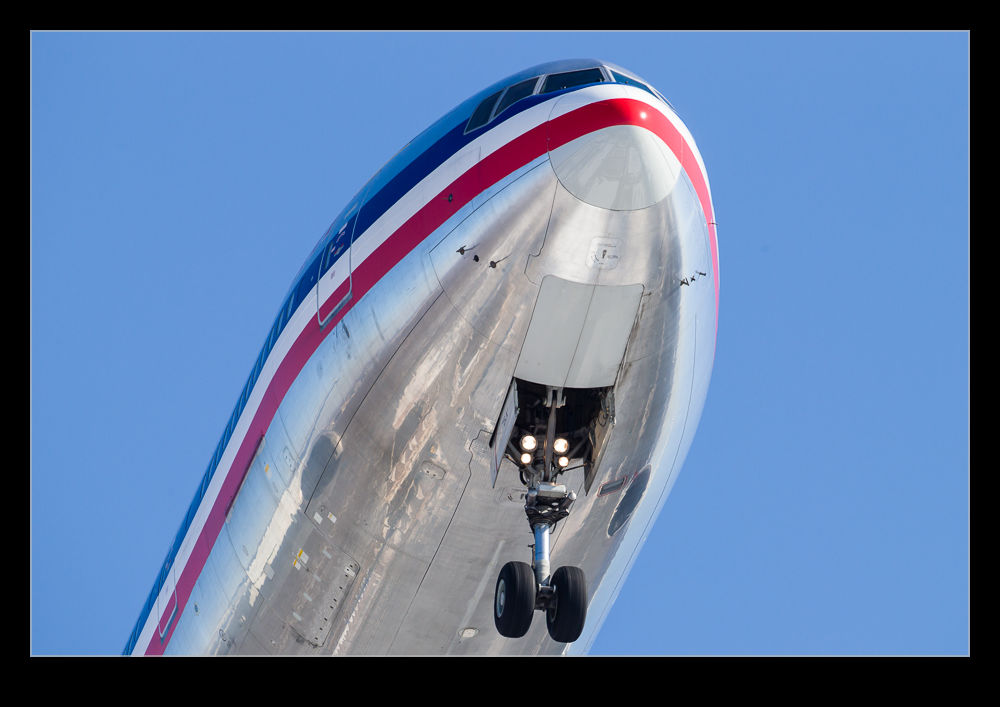 I have shot many times at O’Hare over the years.  There are a few locations that provide opportunities but they do depend on the time of day and the approaches the jets are making.  I was out there recently and wanted to try something different.  I didn’t know how well it would work out but wanted to experiment.  I checked out what was due in and found a time in the schedule when nothing unusual was coming in.  Without the need to make sure I got something that was uncommon, I could risk not getting anything at all for a while. 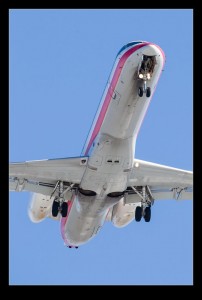 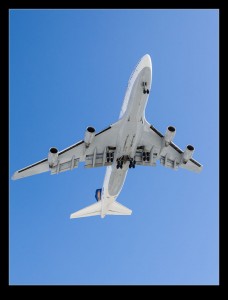 I wanted to get more directly under the approach path.  This is something that I have done before at Washington National but I have had less success at O’Hare.  I went out a little further on the approach.  The jets were a little higher but I wanted to see what I could get.  You end up with both a slightly more head on shot and also get to look right up as they pass overhead.  I like the view which is slightly less conventional.  Winter is probably a good time to do this since the sun is lower in the sky and the snow on the ground provides a bit more light on the underside avoiding the silhouettes more common in the summer. 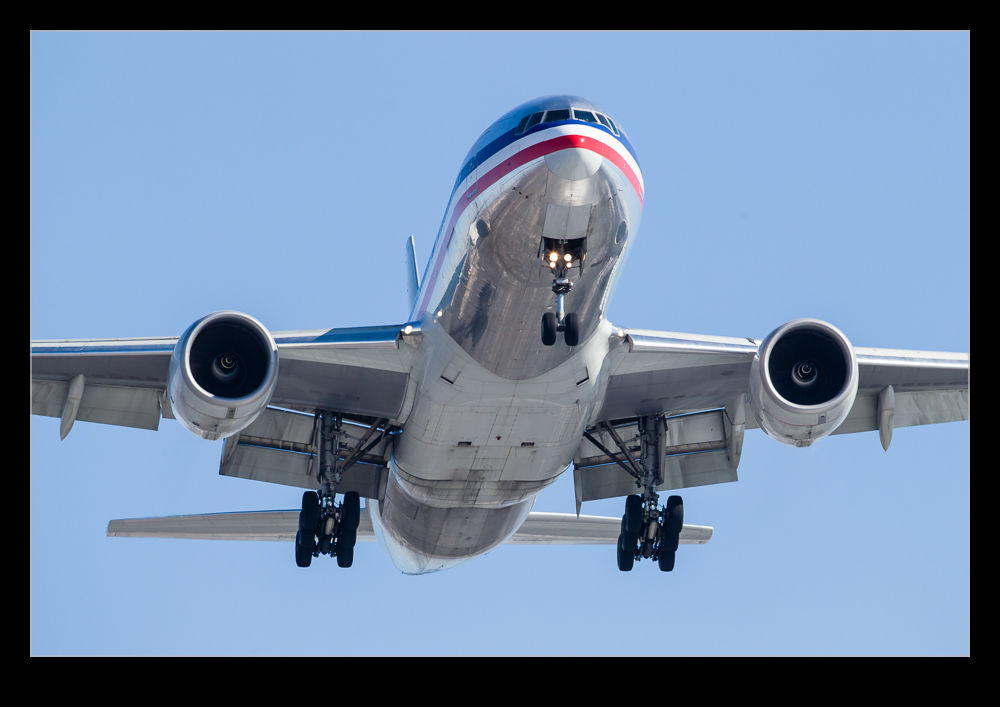