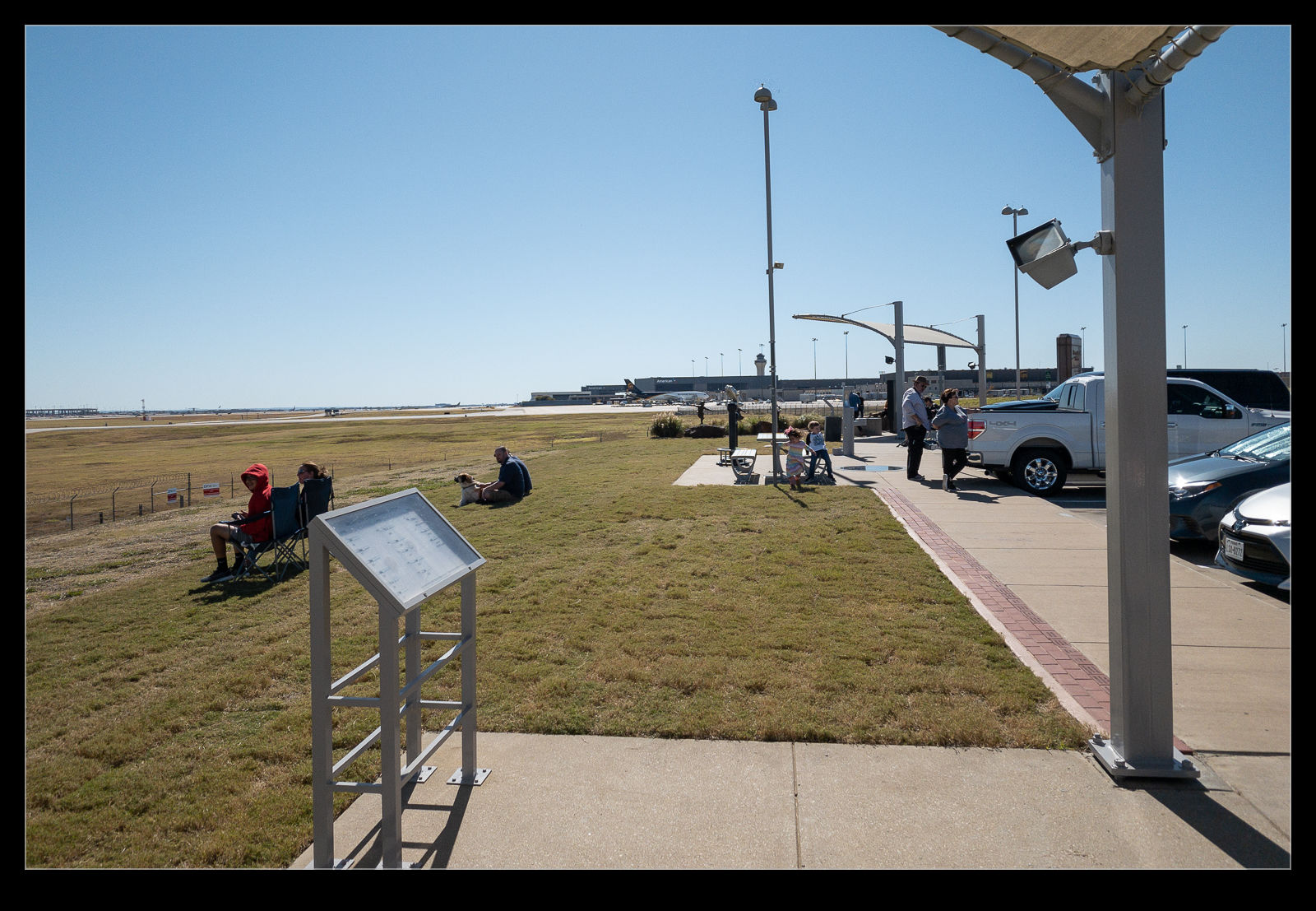 I had heard about Founder’s Plaza at DFW before but I had never been there.  I took a couple of trips there during my free weekend in Texas.  It is a nice place to watch the planes and had a steady stream of visitors while I was there.  Not only are there seats with sunshades, but there is plenty of grass on which to hang out and kids can run around without parents being too worried.  You are close to the approach path for the western runways at DFW and there is a lot of traffic to watch. 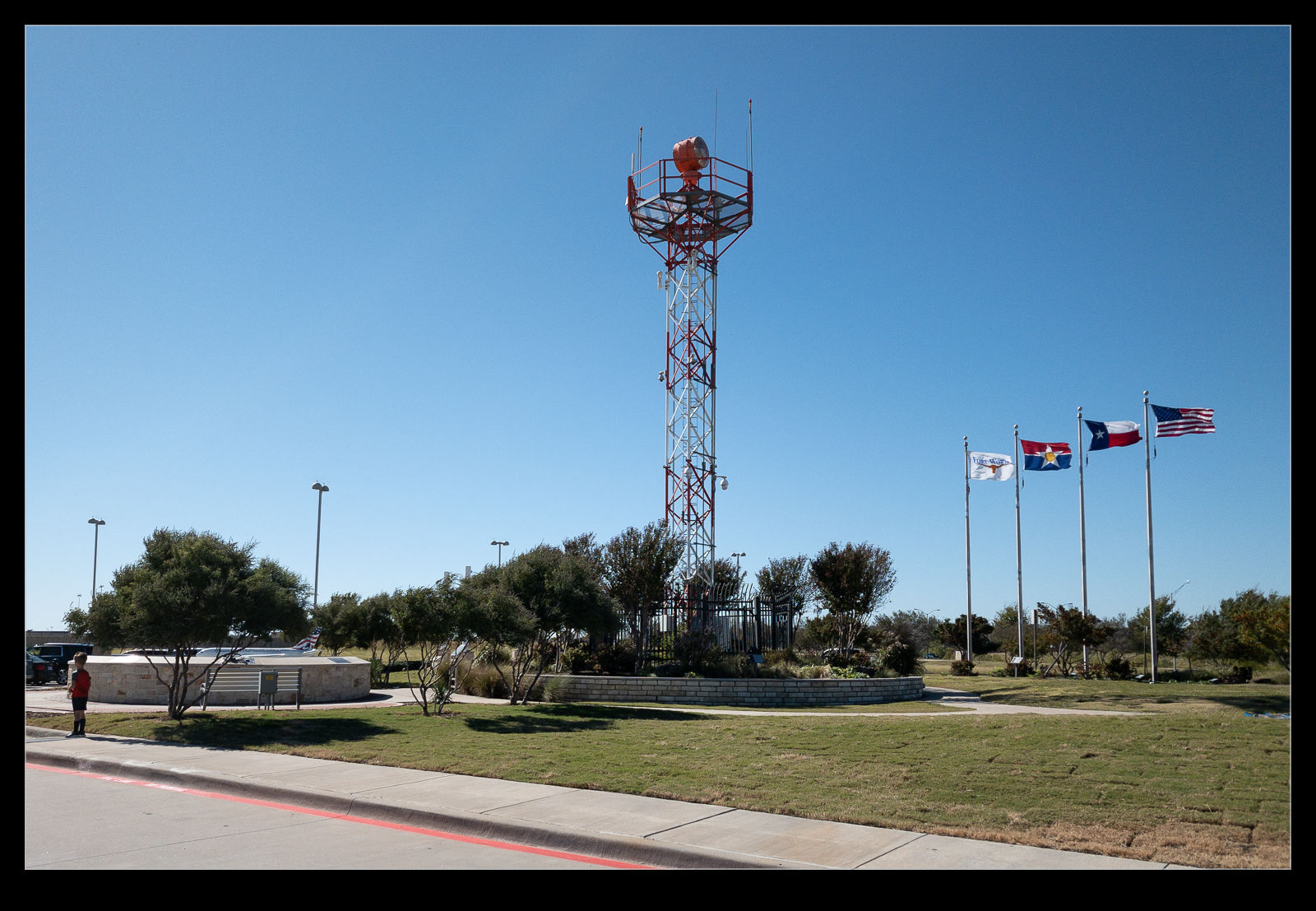 You also see the planes taxiing out for departure on this side but the shots of those planes are sketchy as heat haze is a bit tricky for most of the day.  It does appear that you are able to walk around towards the centerline of the outer runway but I didn’t try heading over there on this occasion.  As the evening light settled in, the conditions got better and better.  I imagine it gets a bit repetitive if you are a regular but, as a visitor, it was great to try somewhere new.  I did end up with a lot of American Airlines jets, of course.