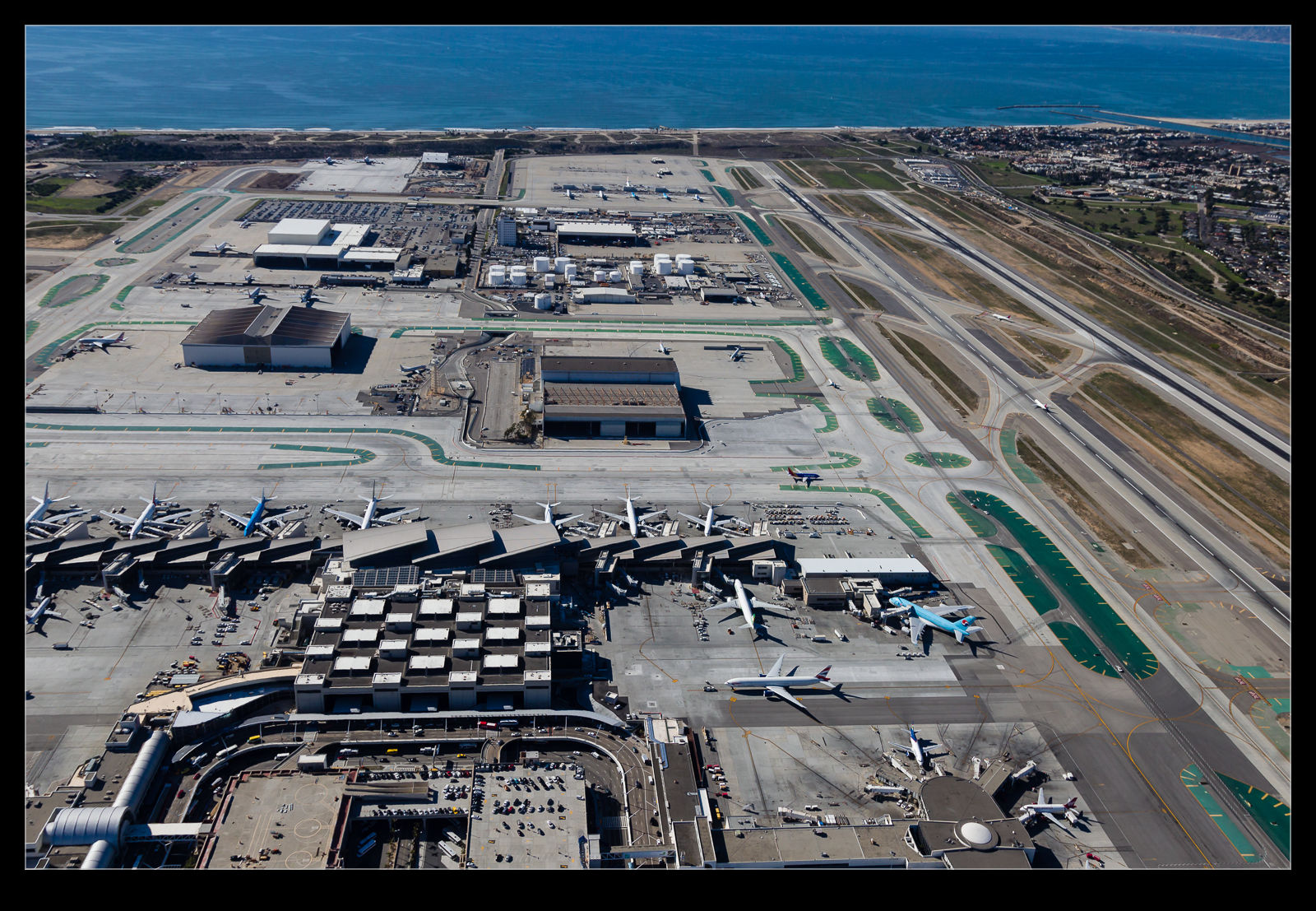 A view from above is a great perspective. You see things in a very different way. One place you don’t usually get to see from over the top is a major international airport. However, it is possible to charter a helicopter to fly over Los Angeles International Airport or LAX to the regulars. Flying in a helicopter with the doors off means you can shoot almost unobstructed in any direction with a little coordination with your pilot. Paul was our pilot and he knew exactly what he was doing as well as what we wanted from him. It made for a great combination. 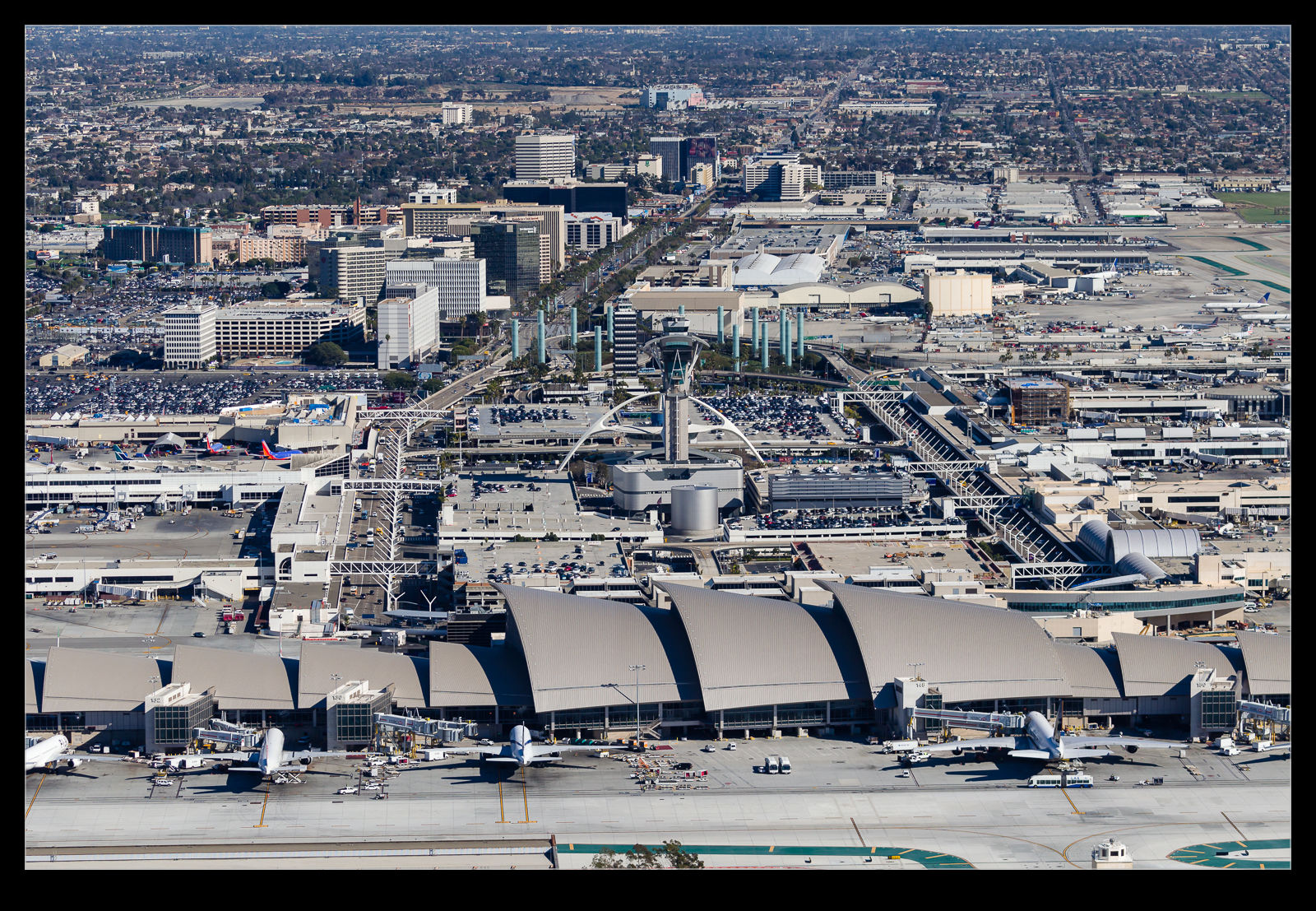 The patterns in a major airport are interesting. You get the layout of the gates, the taxiways and runways, the lines guiding the aircraft, the shapes of the terminal buildings and even the coloring of the borders to the hard surfaces. Then you get the buildings themselves. Different generations of building have styles of architecture appropriate to what was expected at the time. LAX is famous for its spaceship like building in the middle of the complex and its more modern tower. Terminals went through a phase of being bland buildings but the recent addition to Tom Bradley International Terminal certainly has had more styling incorporated. 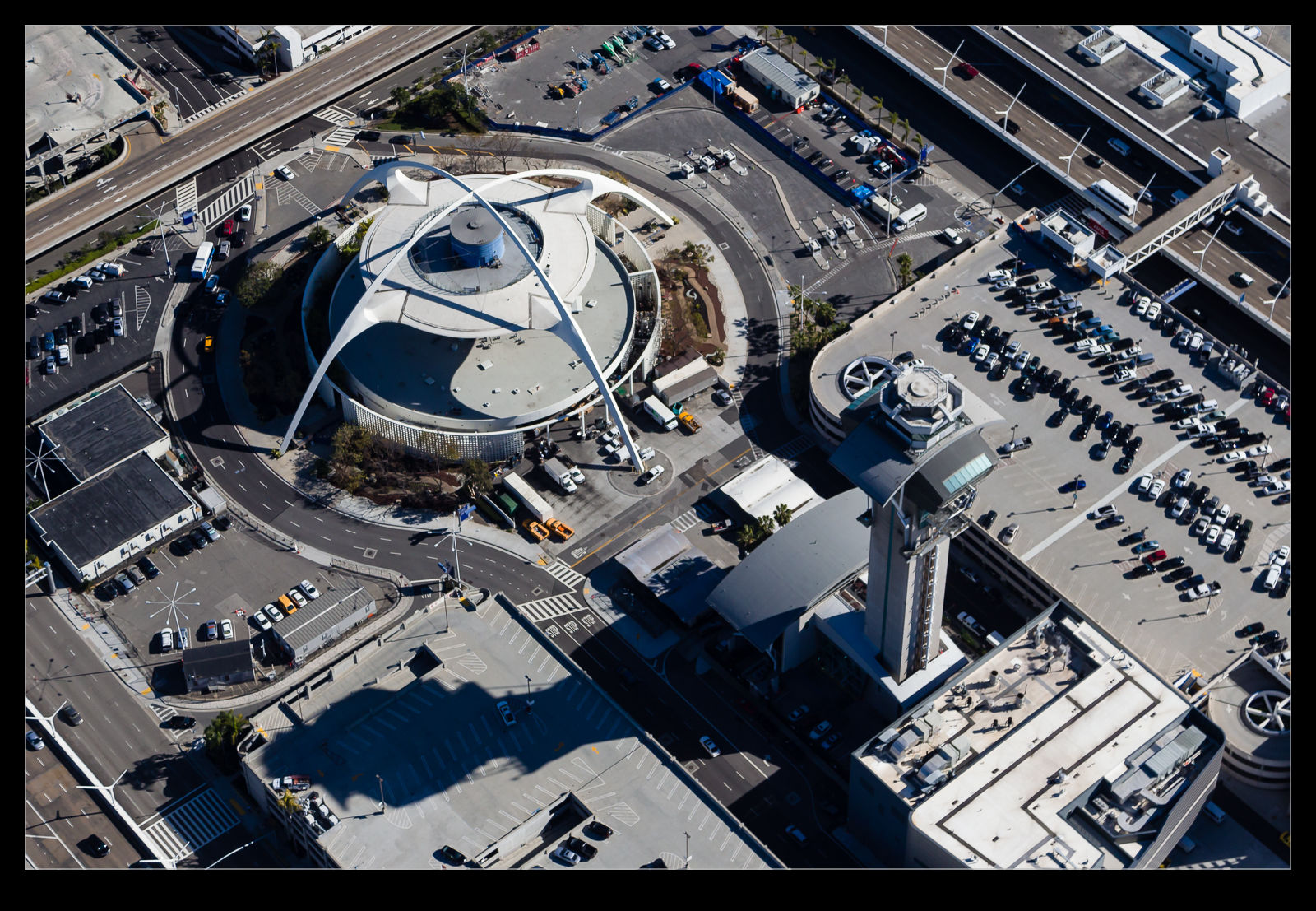 The large number of aircraft scattered around add another element to the view. Combine that with all of the service vehicles on the move and there is a complex compilation of elements. I particularly like the ability to see the tower from above. That is usually the highest point around but we were looking down on them while they were kindly providing control of the space to allow us to get our shots without interrupting the operations. 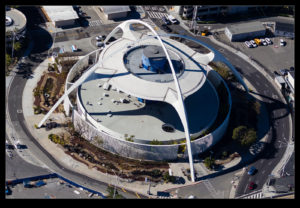 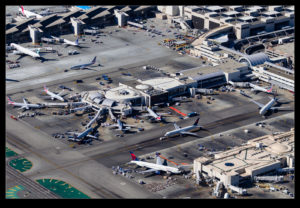 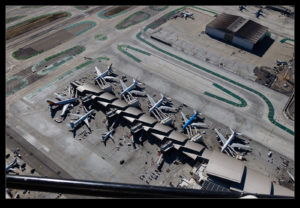 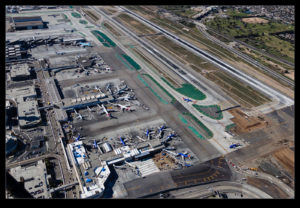 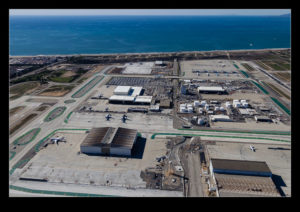 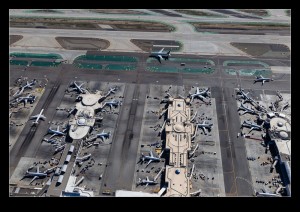 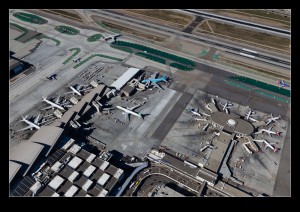 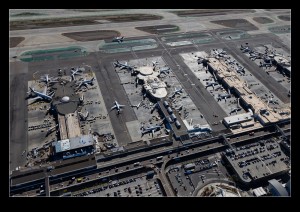 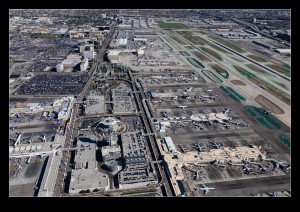 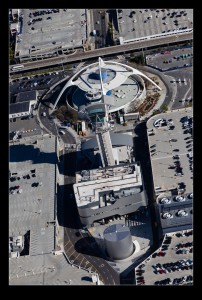