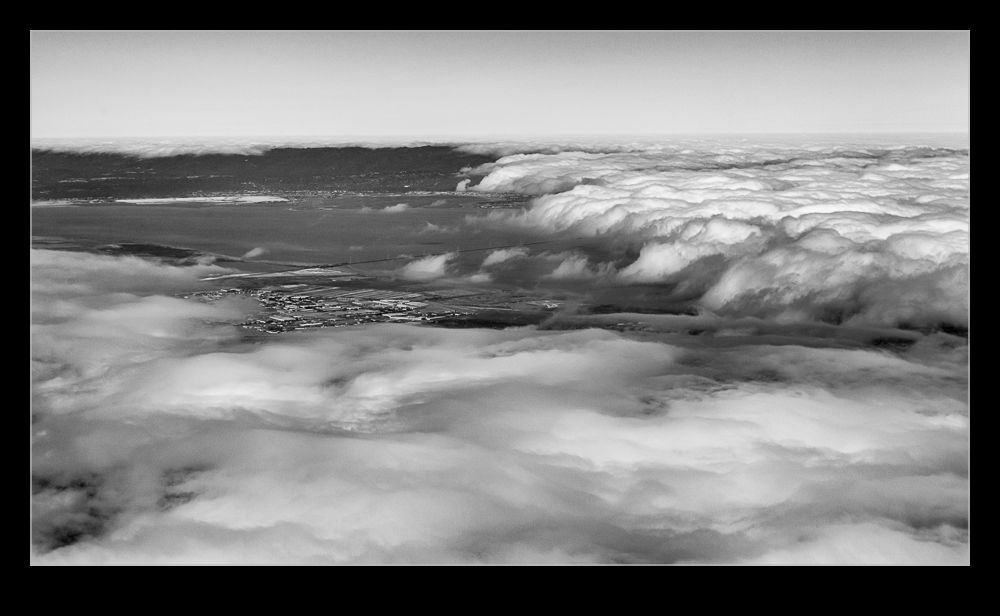 I have been traveling a reasonable amount recently and on one of my trips we took off from Oakland and flew out over San Francisco Bay, past the city and the Golden Gate and up to the north. The first time, I had my camera with me but it was in my bag in the overhead locker. My phone was still to hand of course so I grabbed a few pictures with that. They were passable but nothing special. I also was fighting some reflections given the time of day and the position of the sun. 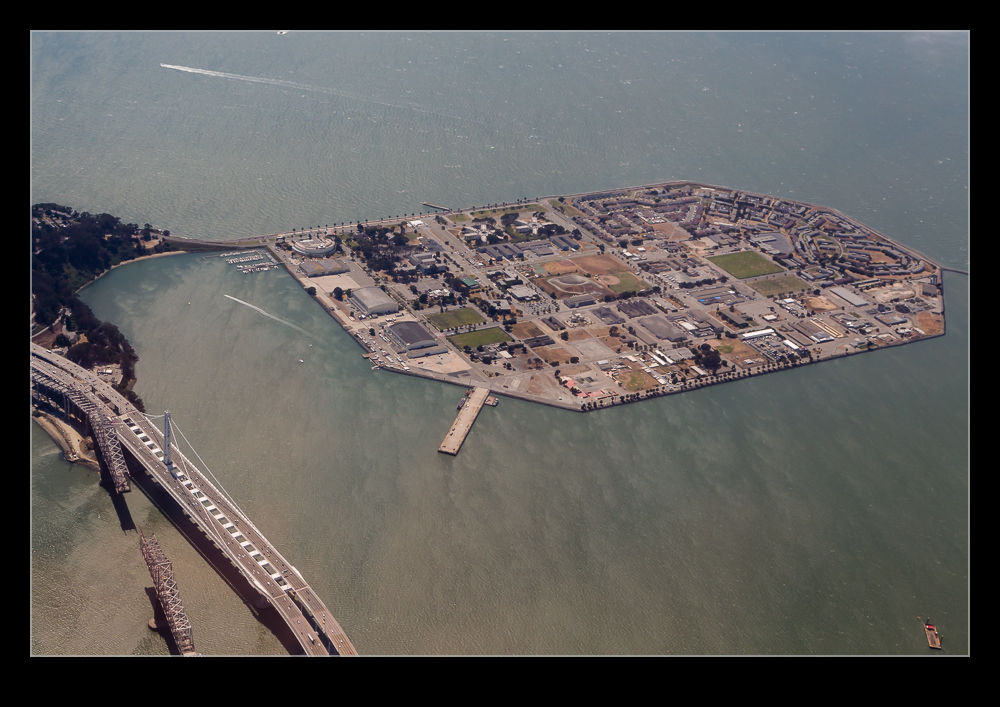 When I came to make the same trip again, I planned ahead and did two things. One was to have my camera with me rather than in the overhead and the other was to bring the Lens Skirt to try and cut down on the reflection issues. My methodology for having the camera to hand involves yet another camera bag but I shall leave the description of that to another post. 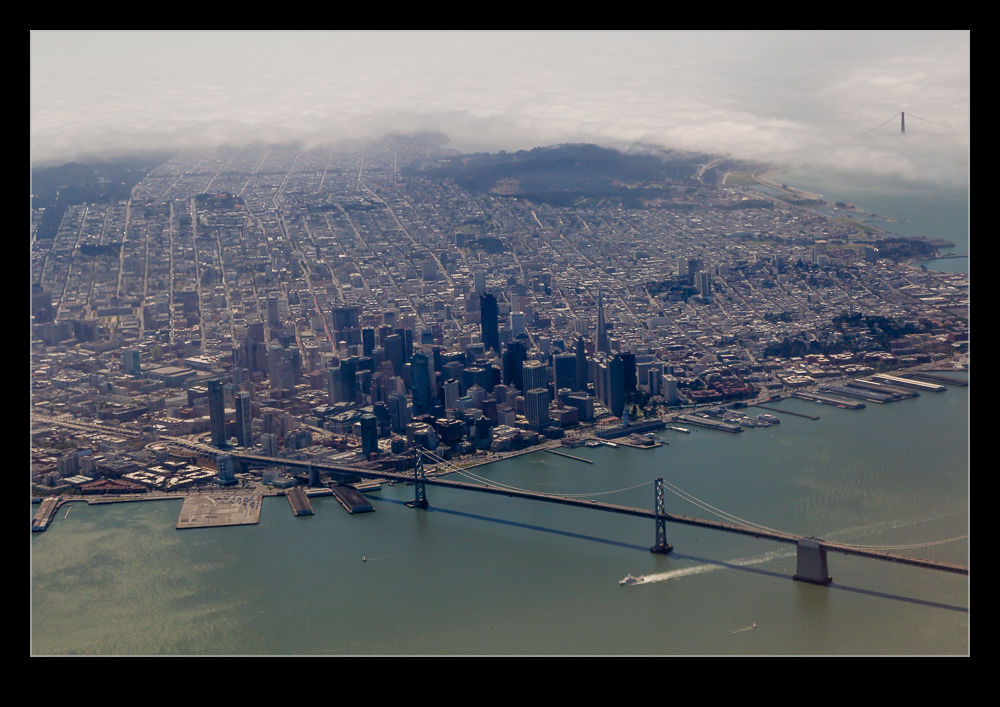 I should point out that on the first outing, I got interesting pictures both out and back. The second time, the weather was not so cooperative. On the outbound leg, the Golden Gate was shrouded in fog with the bridge just poking out of the top of the clouds. On the return leg, most of the bay was shrouded in cloud so the views of Oakland that I had got with my phone were obscured. Here is a selection of the shots. I will be making this trip again no doubt so will probably try and get a better selection. Shooting out of airplane windows is problematic and not usually the source of great images but airliners do get you in places that have views that are unusual and worth recording, even if they are not going to be published.