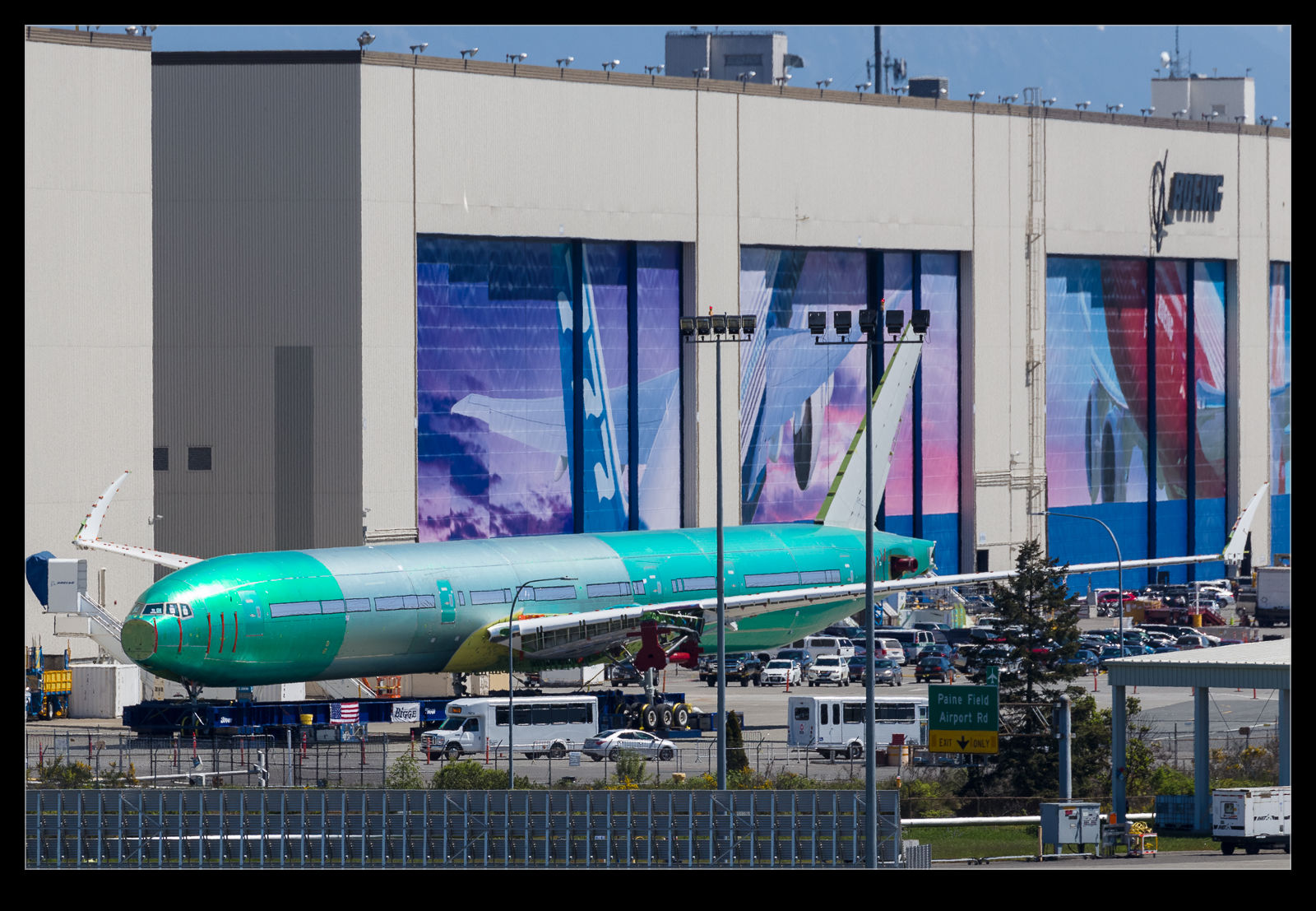 The first two flight test 777X airframes have been on the flight line.  However, something different was sitting outside the production hangars at Everett.  It was a 777X but it was missing a few more cosmetic parts.  This was the fatigue test aircraft.  It was being readied for movement around to the area of the plant where they undertake the fatigue testing.  This will probably be the last time you get to see it like this.  Once testing is done, I suspect it will rapidly end up in pieces for further analysis.