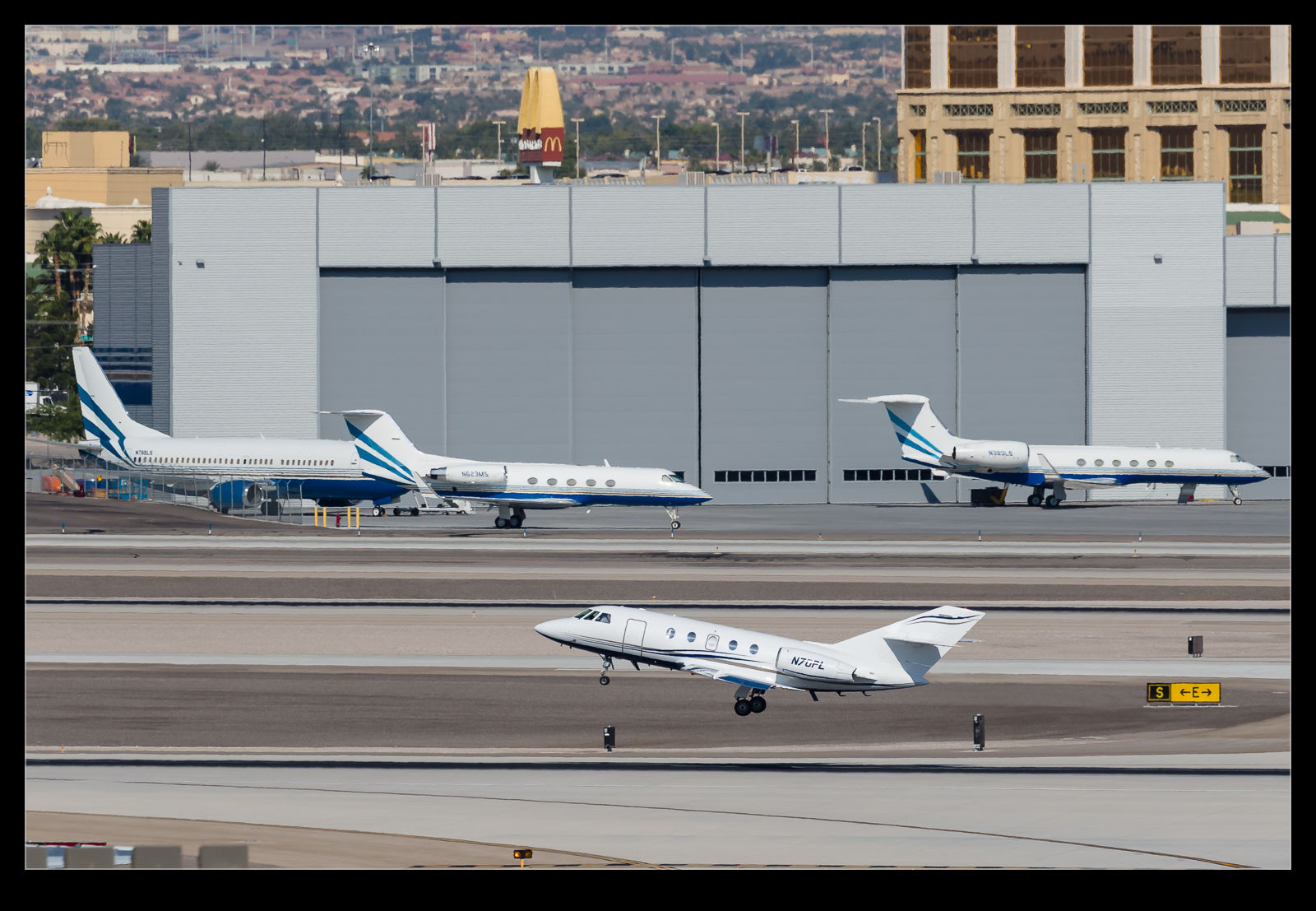 The Falcon 20 was a ground breaking corporate aircraft.  It sold well and has been sufficiently flexible that it has also found a lot of secondary uses including FedEx package carrying and electronic warfare support.  However, its use as a bizjet was its main role.  Now, it is a dated airframe so it doesn’t show up very often.  As a result, when we were heading around the perimeter of McCarran I was pleasantly surprised to see one parked up on the ramp.  What really caught me unawares was to find another one a short distance away.  This must be the place that old Falcon 20s gather!  Sadly they weren’t in a position to shoot but I did see one depart while I was there so it will have to do to represent the type at McCarran.