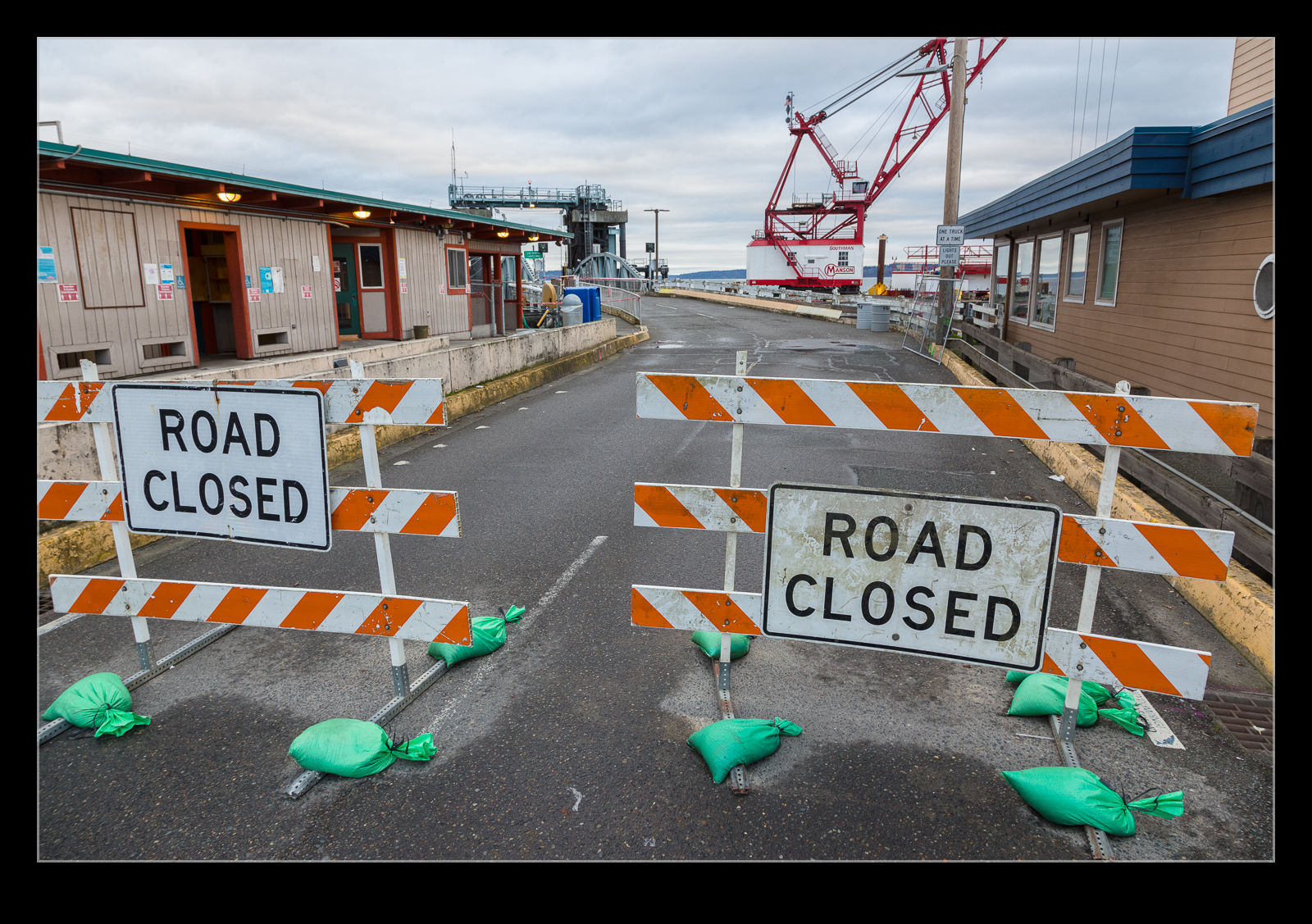 With the new terminal open and operational at Mukilteo, the construction crews have turned their attention to the demolition of the old terminal facilities.  The redevelopment of the waterfront includes returning this old space for new usage.  The old terminal building was not a particularly impressive structure but now it looks very sad as everything is taken down. 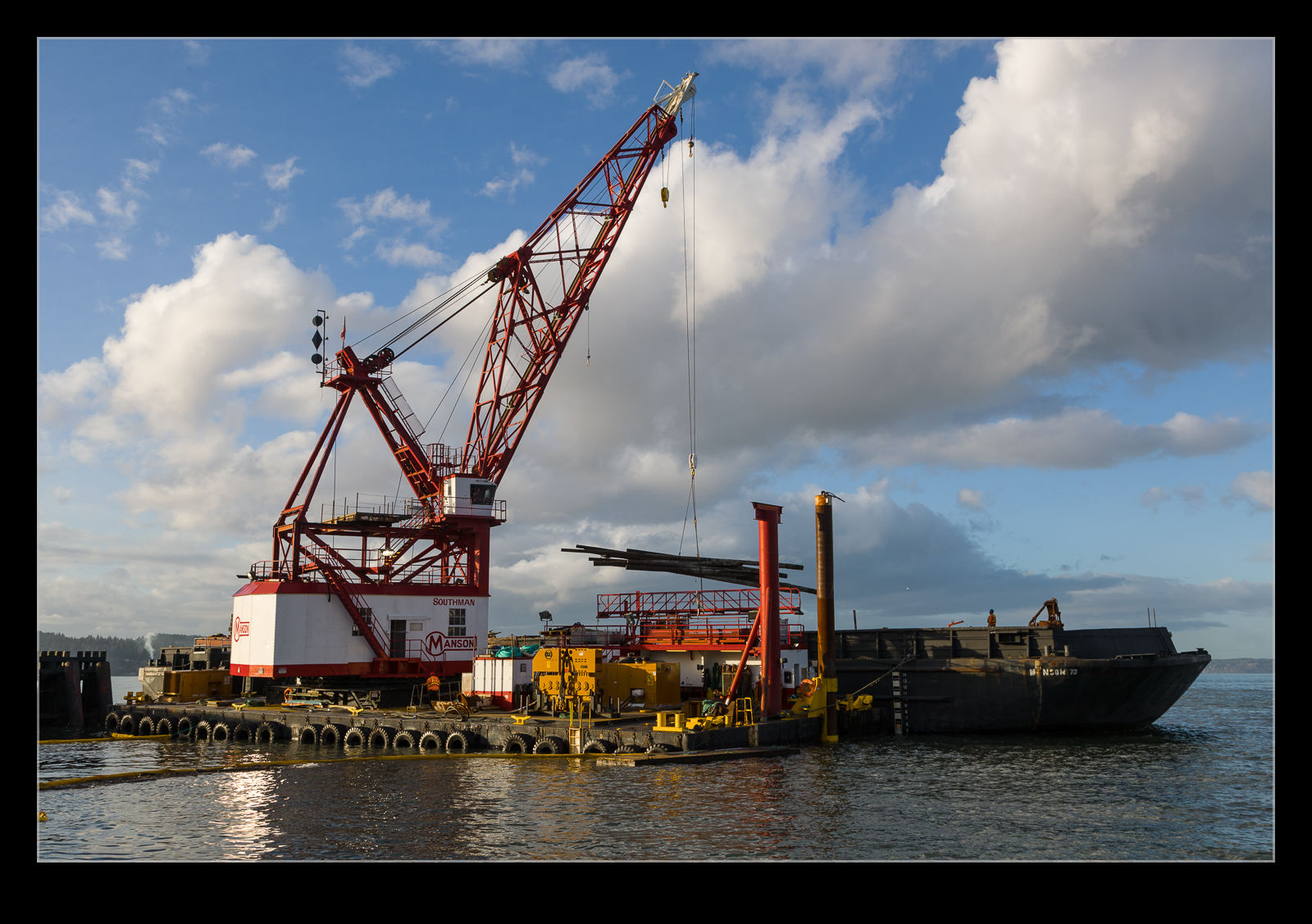 Across the road, the old lanes for holding the cars prior to boarding are still visible but some of the area has already been cut through by the new access road construction for the terminal.  One side of the old lot was briefly the home for one of the toll booths which looked rather feeble on its own.  Next time I was there, it was gone. 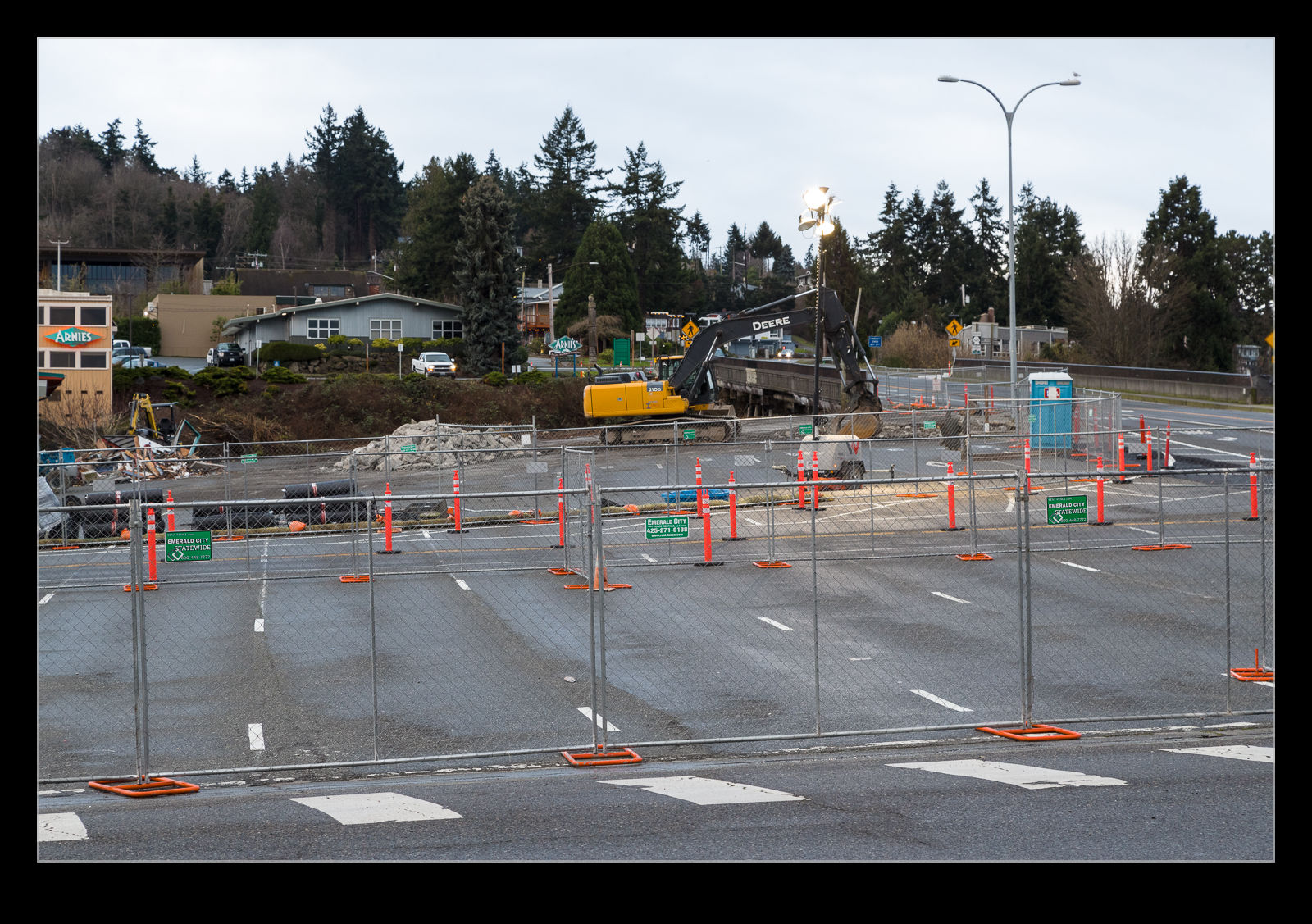 The old span that connected to the berth has been lifted out.  It was sitting on a barge on my last visit.  A large floating crane had been brought in for the large lifts where a smaller crane had previously been in use.  The structures were in the process of being removed.  The concrete top to one side had been removed and the posts showed the damage from the cuts.  The other side had a crew preparing the lifting lines to take that side off too. 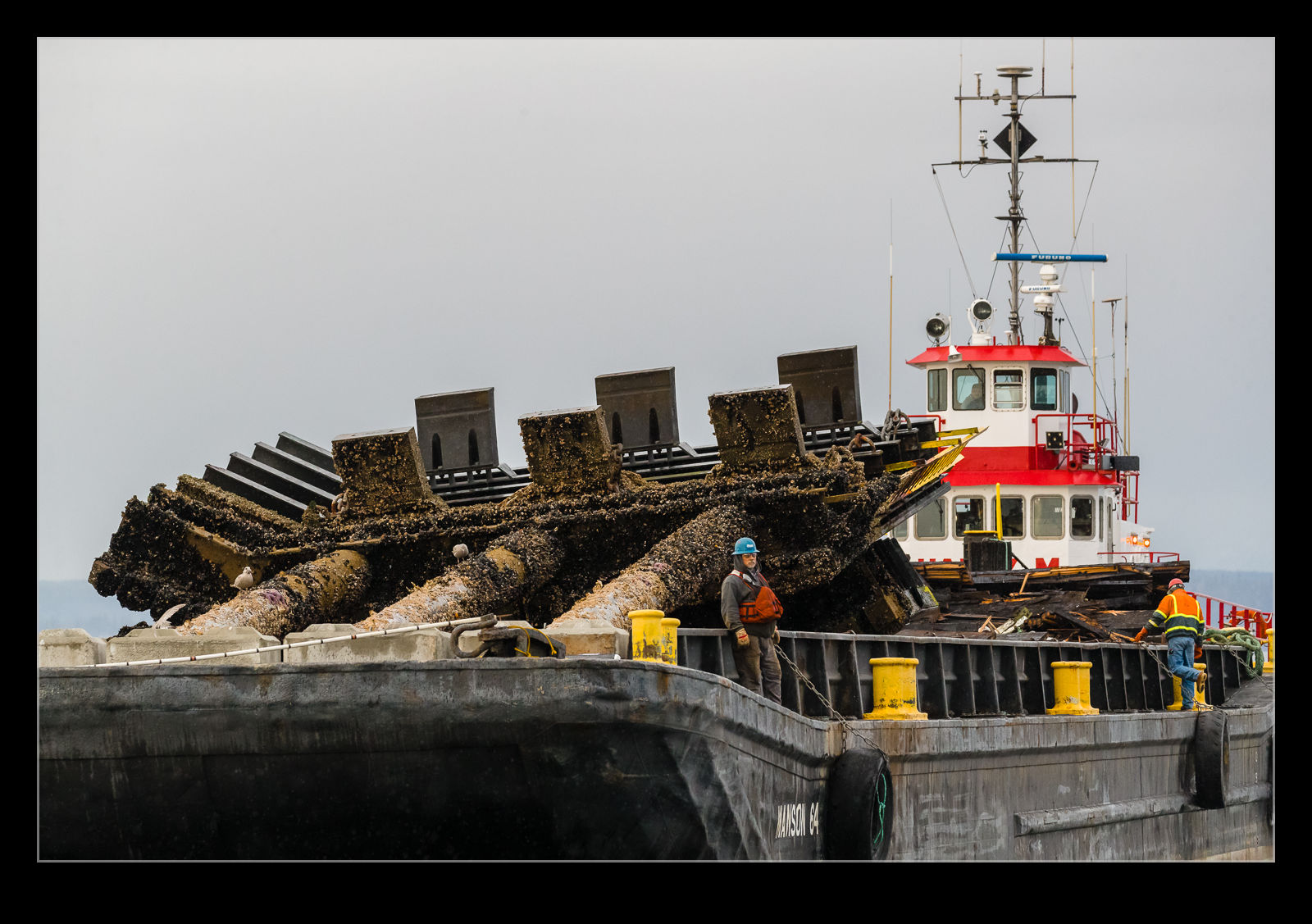 It won’t be too long before all trace of the old terminal is gone and then it will be very hard to remember what it looked like at all. 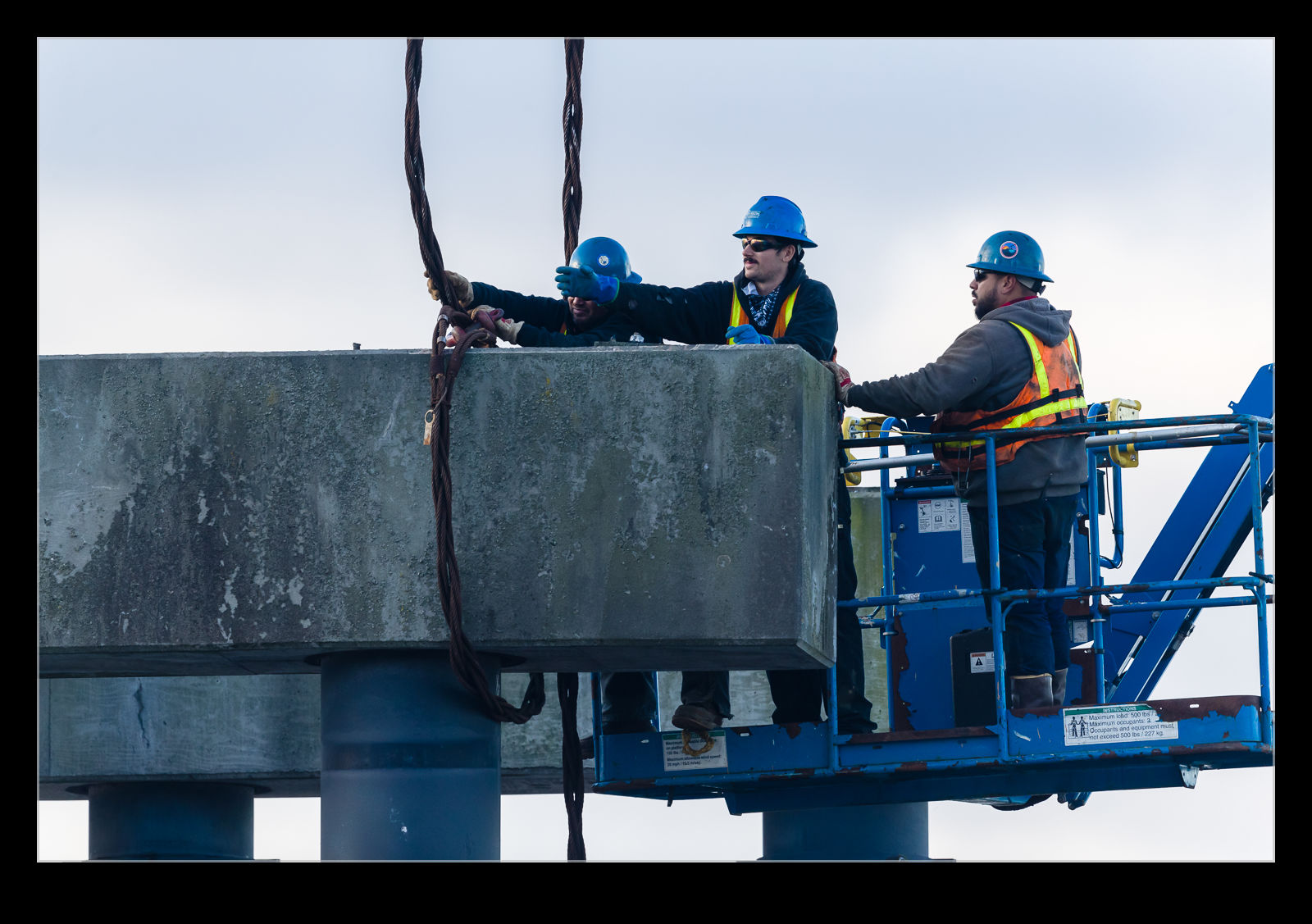 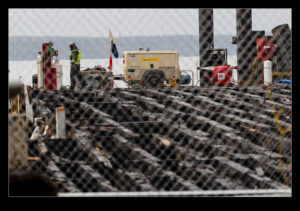 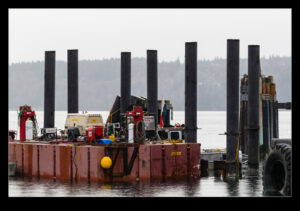 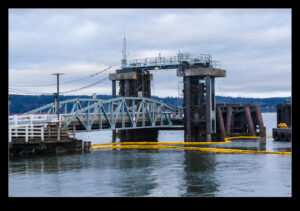 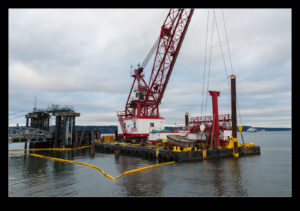 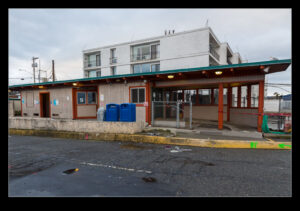 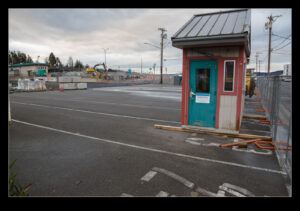 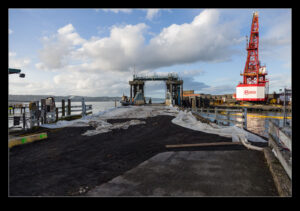 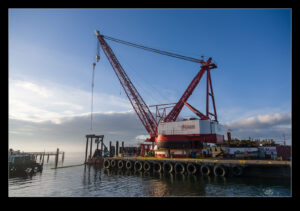