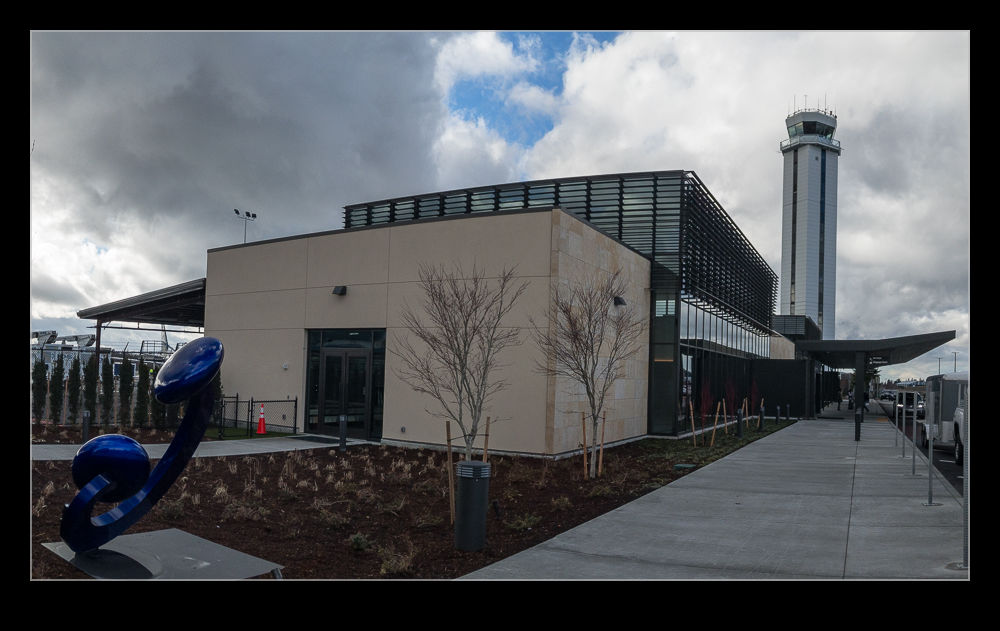 SeaTac may be the main commercial airport for Seattle but there is now a second airport for mainline service.  Paine Field has opened its new terminal and commenced service.  I had a trip to make so decided to give it a go.  Not only is it closer to home but parking is cheaper and the prices for flights were pretty low.  Time to give it a go. 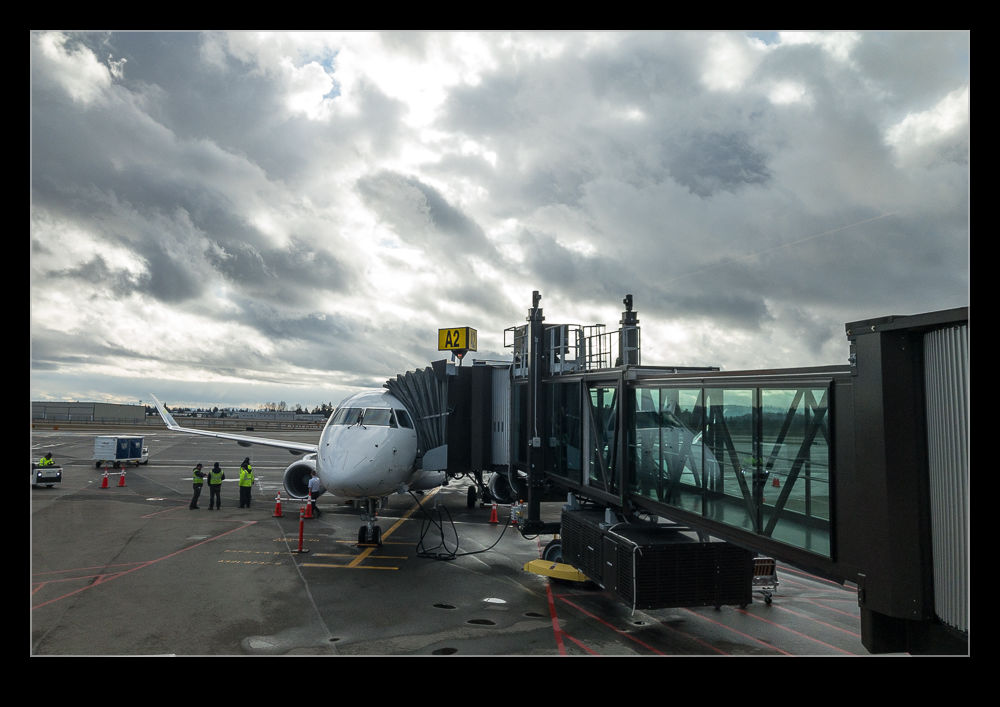 It took me a while to find the long stay parking.  The signage was useless.  When I returned to pick up my car, I noticed that they had added new signs and had people hanging around in the access roads asking if you needed help.  Could have done with them before.  Interestingly, when I returned to pick up the car, the long-term lot was marked as full.  Not sure how well that is going to work out.  They did have some additional parking under construction. 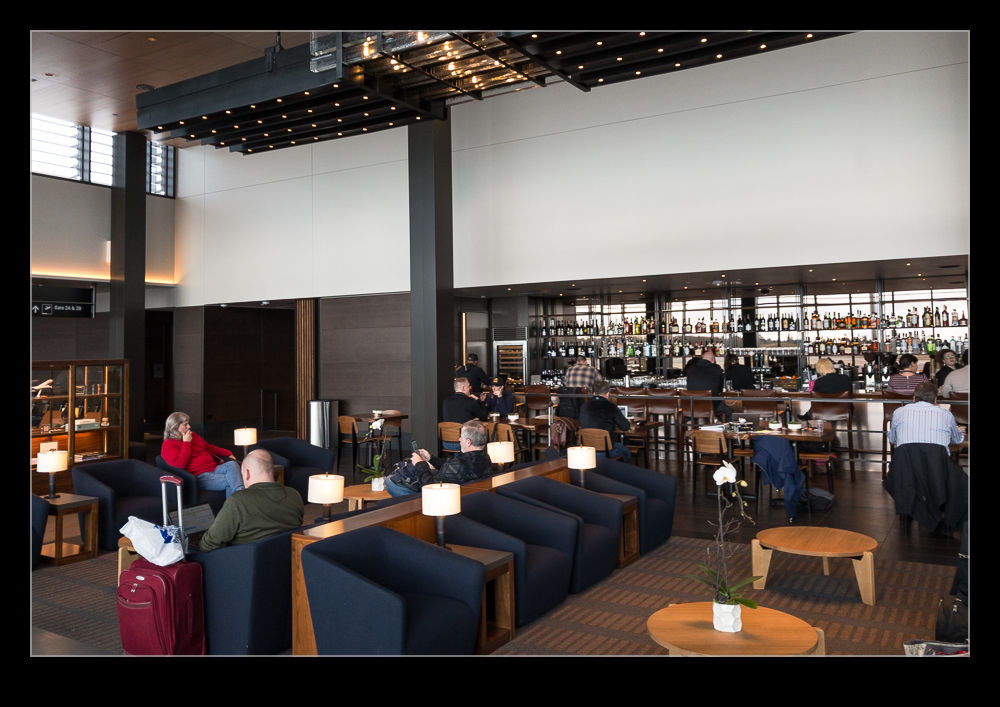 The terminal itself is very nice.  They were still debugging the check in systems at the Alaska desk when I got there.  The process of handing over my bag was a little confused but, since there were only two of us at the two desks, it wasn’t like there was a lengthy delay.  Similarly for the security line, while the website said there was TSA Pre, there wasn’t.  I had to remove all of my camera gear from the bags but, again not many people there so it was easy to get done quickly. 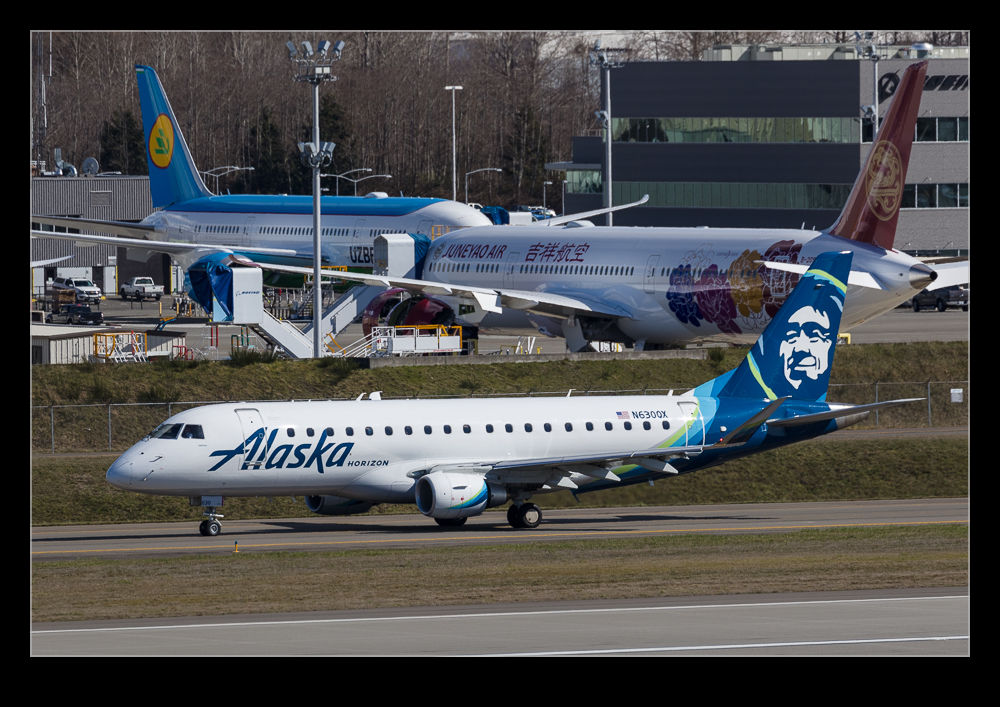 There are two gates in the terminal itself.  I never saw more than one plane on a gate at a time but, as other airlines start service, I imagine it will be a bit busier.  There were sections of the waiting area that were empty for now so it has the ability to cope with more people.  The gate area itself is very nice.  Comfortable chairs and nice decorations, combined with a bar make it feel more like a dining location than an airport.  Very cozy.  There was a Beecher’s Cheese location apparently under construction which might be good for a snack when it opens soon. 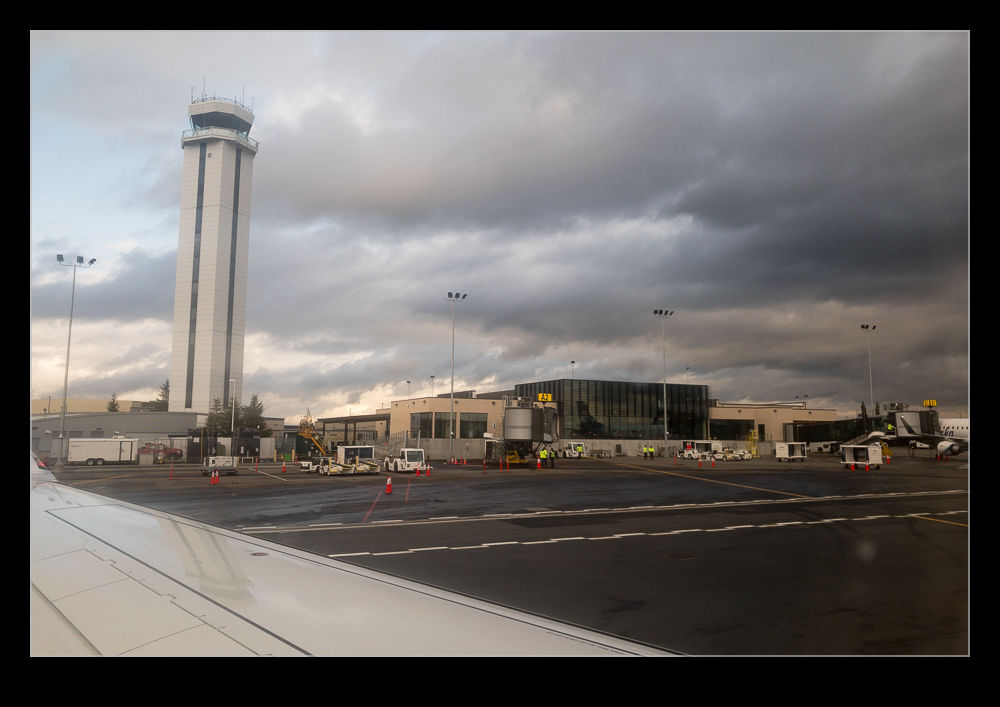 The services were being operated by Embraer E175-E1s.  There were plenty of ground staff to deal with the flights.  There seemed to be loads of them and, with plenty of time between the flights, they didn’t seem over taxed.  However, I suspect there was still a lot of training underway – hence the excess staff.  Loading didn’t take long and then it was off to the runway, past the Boeing flight line and then departure.  I found it a great way to get a flight and, with a surprising number of destinations available, I hope to use it more.  It is certainly more convenient for me than SeaTac. 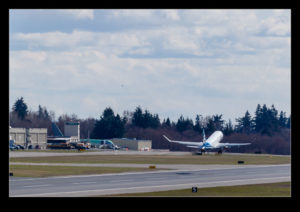 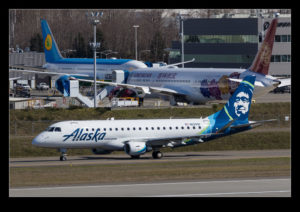 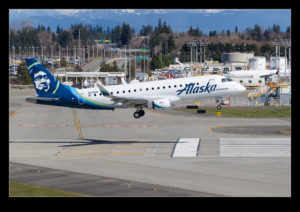 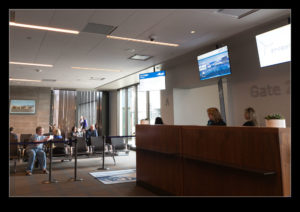 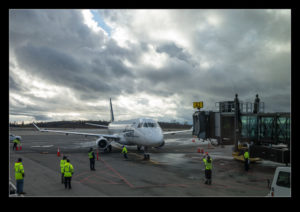 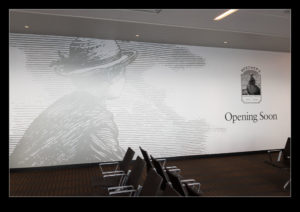 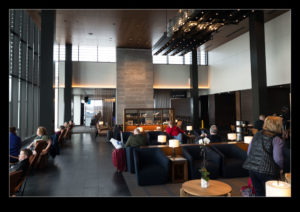 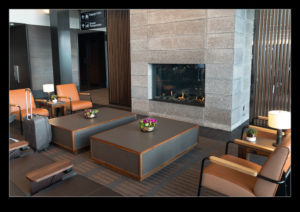 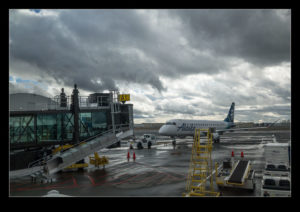 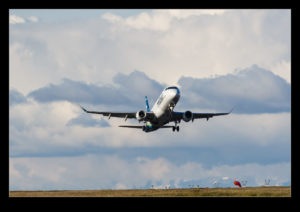