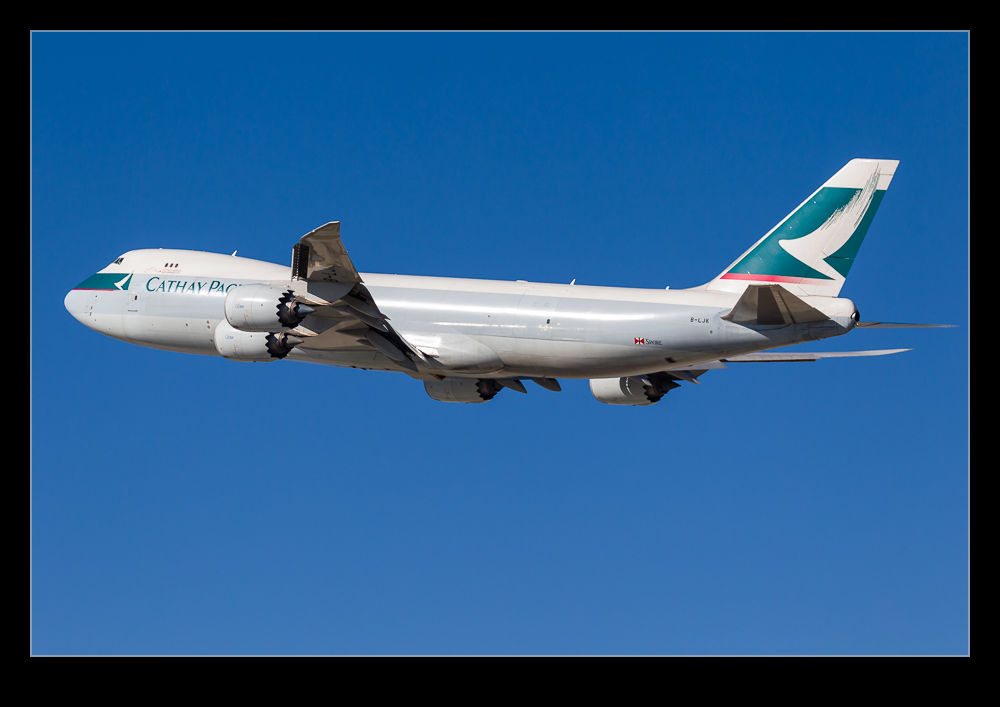 I saw this Cathay Pacific 747-8F making an approach to the opposite side of the airport at LAX while I was waiting for a friend’s flight to arrive.  The freighters tend to use the southerly runways since that is where the freight area is located and it cuts down on taxi requirements.  Therefore, I wasn’t surprised that it went that way.  Later in the day I was up on Imperial Hill when it made its departure.  I was actually having something to eat and not really paying attention.  It had rotated before I even realized so grabbed the camera quickly to get some shots.  I’m glad the camera was close by or I would have been really annoyed. 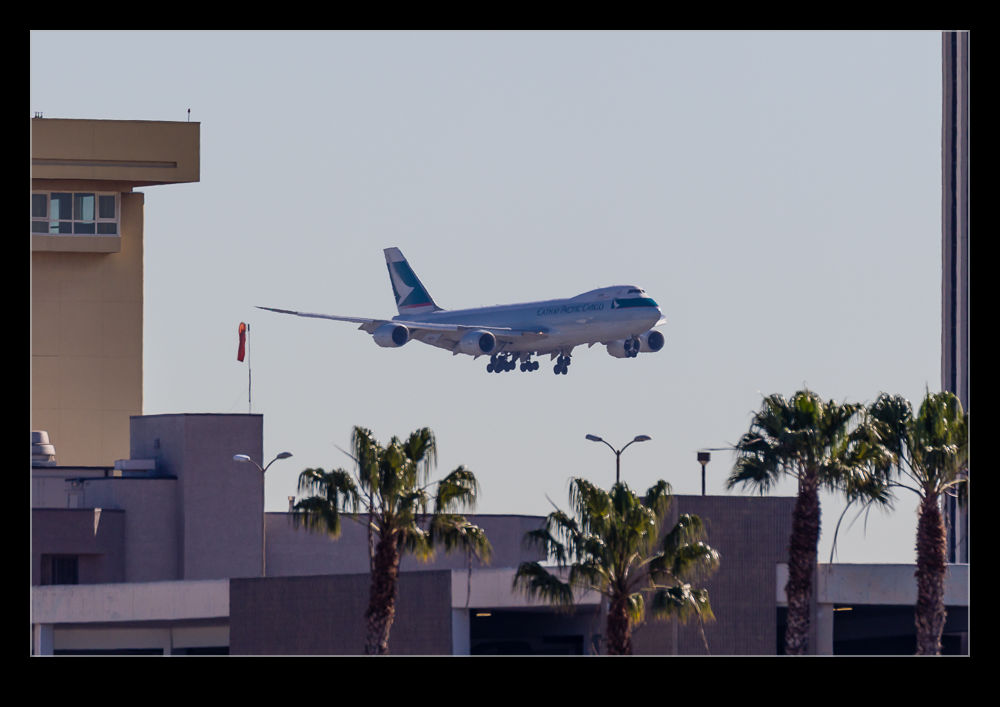 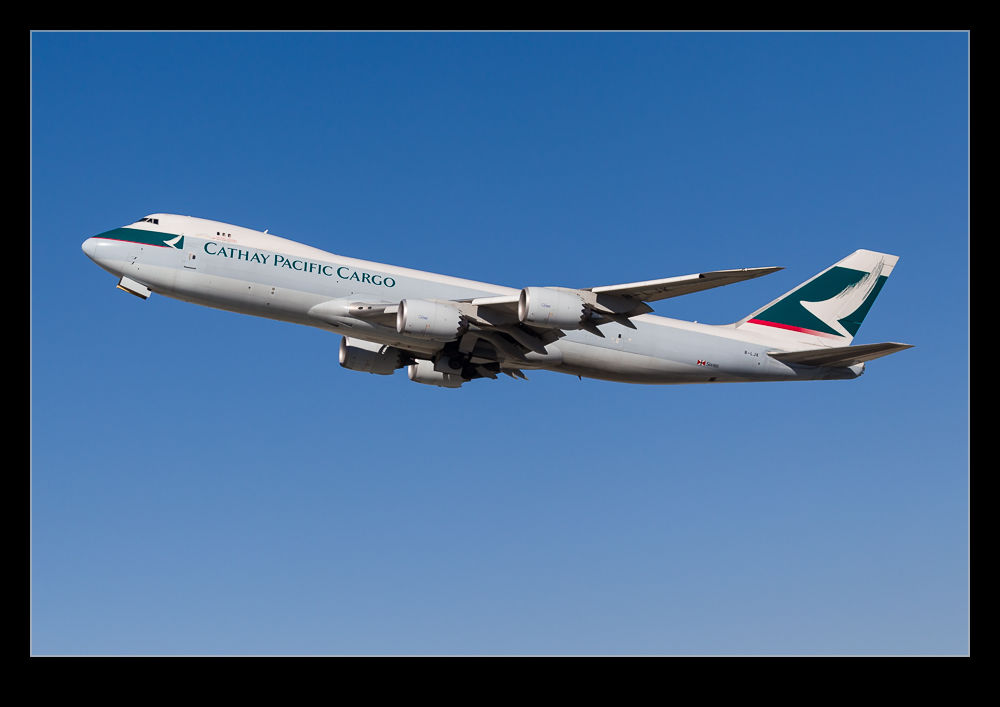