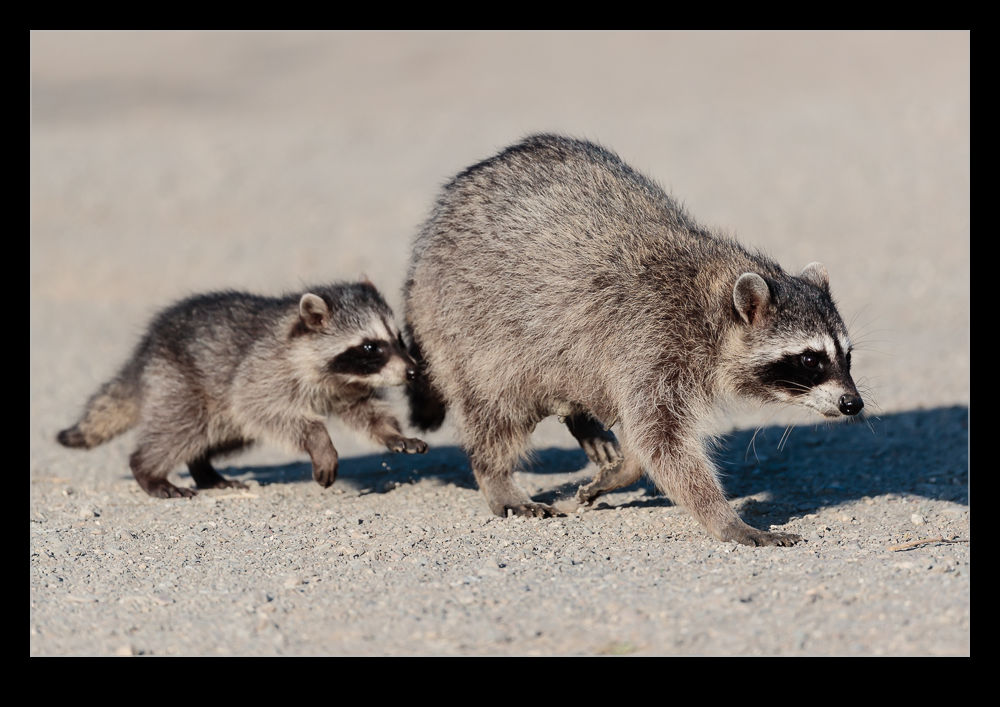 Roger and I were on a wildlife roll.  We had been visited by an osprey, we had seen a rat, what else could be lurking along the shoreline?  Roger had mentioned that he had seen some raccoons along there at various times.  I guess raccoons have good hearing.  It was not long after he mentioned this that a face appeared in the rocks.  Next thing you know, out pops a raccoon.  Not just one though.  This was a mom with a youngster in tow.  They were heading from the rocks along the shore towards the brush on the other side of the trail.  They scampered across the path in our direction and through the fencing.  Our presence did not seem to bother them at all. 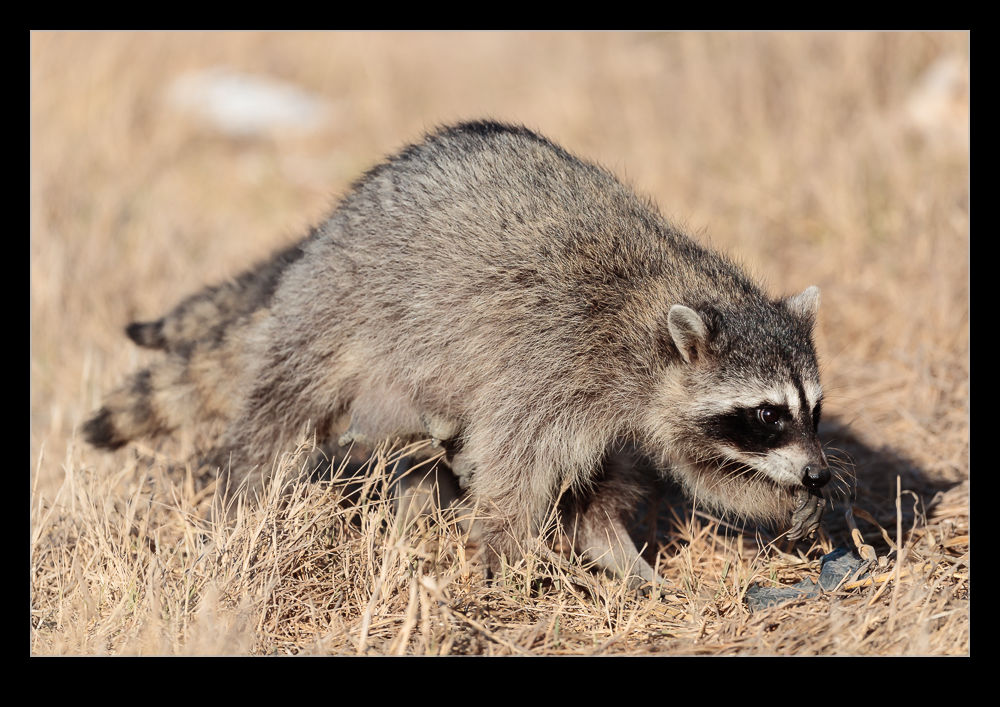