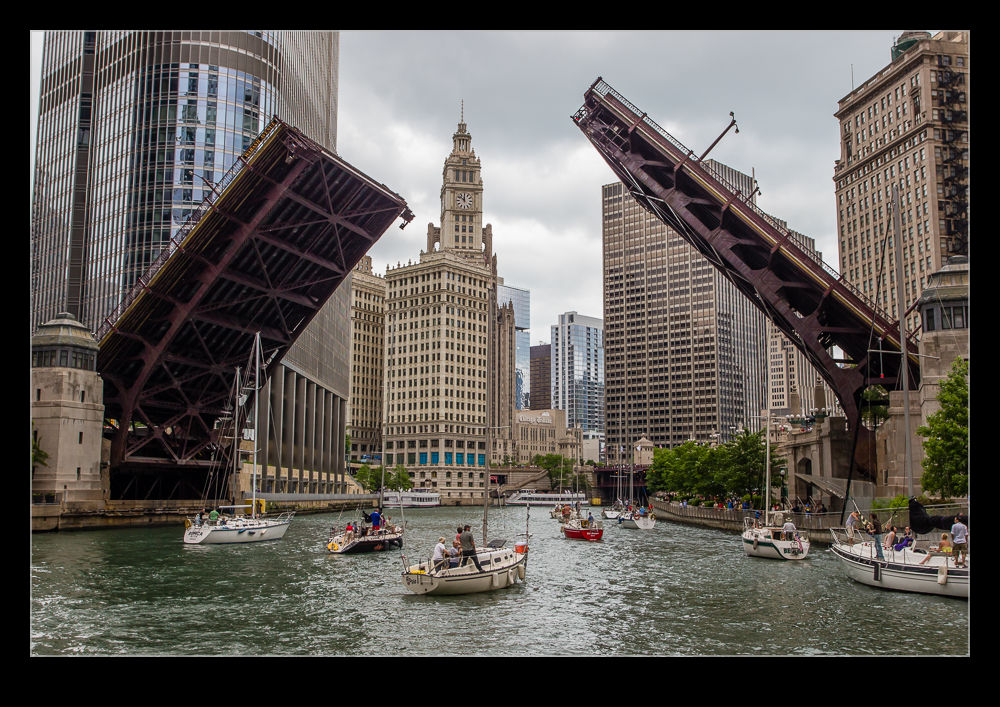 The movement of boats to Lake Michigan is a spring event with the bridges along the Chicago River being opened to allow the boats to get by without having to remove their masts.  It happens every spring and they all return each fall.  After many years in Chicago, you would think I had got bored with this but I still find it a really cool thing to watch.  They move on Wednesdays and Saturdays.  I often don’t realize it is happening until I look out of the window and see the bridges up.  I decided this year I wanted to see a little more of it. 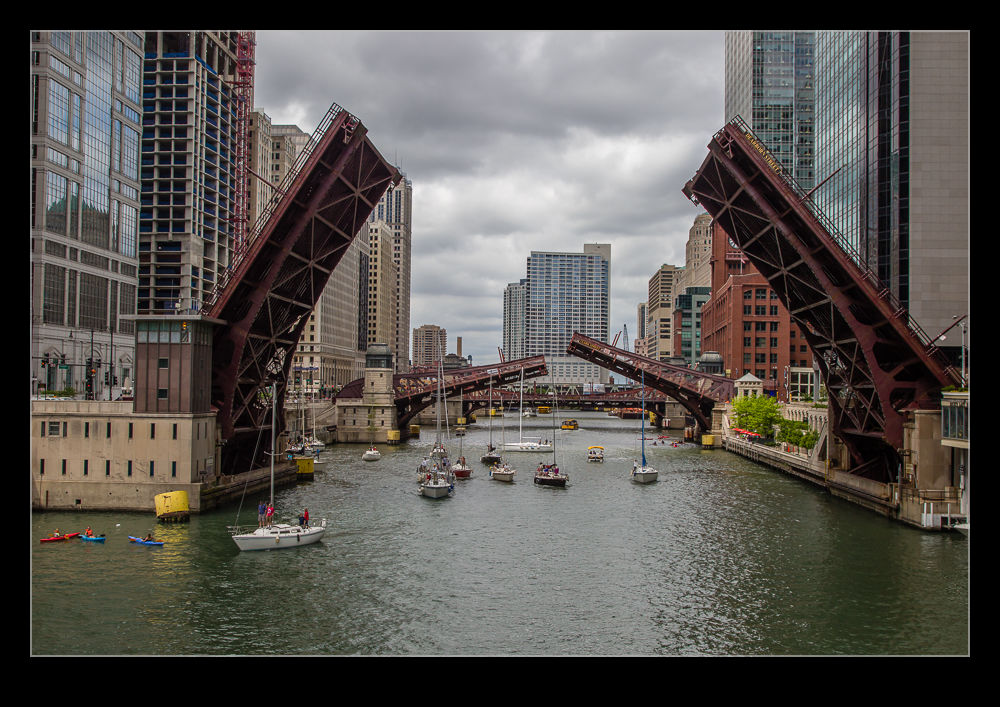 I got out to the river when the boats were at the join between the north and south branches.  This section of the river has a bunch of bridges but they seem to have a pattern of opening them in quick succession with multiple bridges open at once.  As they get up to Michigan Avenue, they do each bridge one at a time to minimize the traffic disruption since the cars get backed up while the bridges are open.  A Saturday often results in a few more boats and this was no exception. 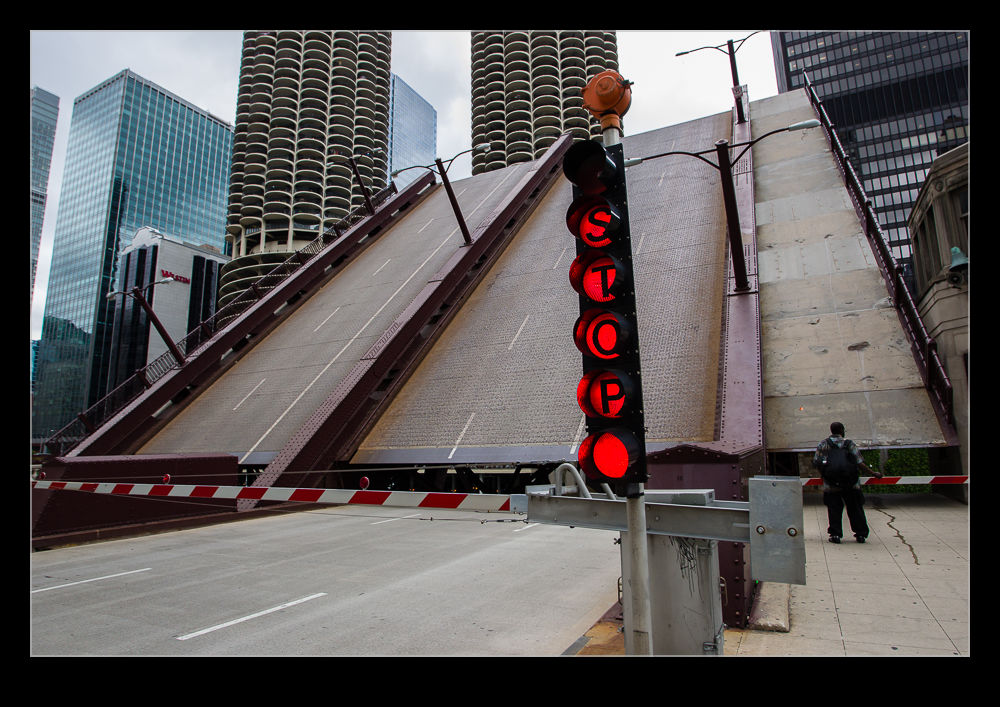 I am actually cheating a bit here since, when I first started putting together this post, I had been out to watch a run of the boats.  Before it is finished, though, another week had passed and another run of the boats took place.  The weather was also slightly better.  I decided to go out with the fish-eye this time to get something a little different to add to the collection so now the shots are a little more diverse and, hopefully, a little more interesting.