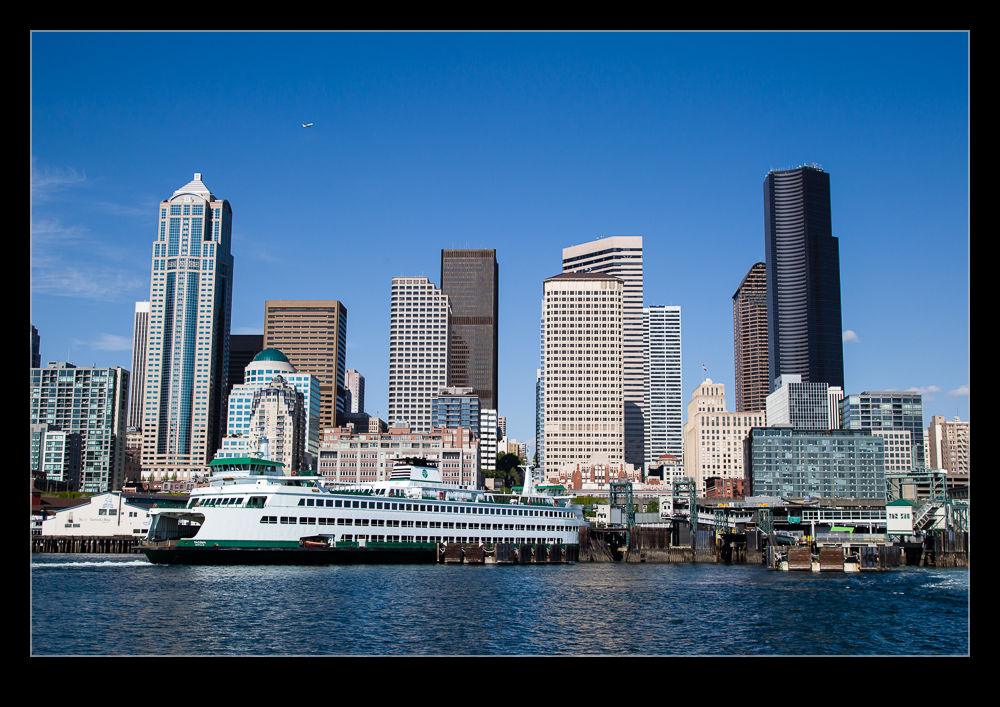 I have been to Seattle many times but this trip gave me an opportunity to do something that I haven’t done there before.  My friend Hayman and I were off to visit a buddy of Hayman’s who lived over near Bremerton.  From Seattle you can either drive around or take the ferry.  We decided to take the ferry.  I have watched the Washington State Ferries go back and forth across Elliott Bay and Puget Sound before but had never been on one. 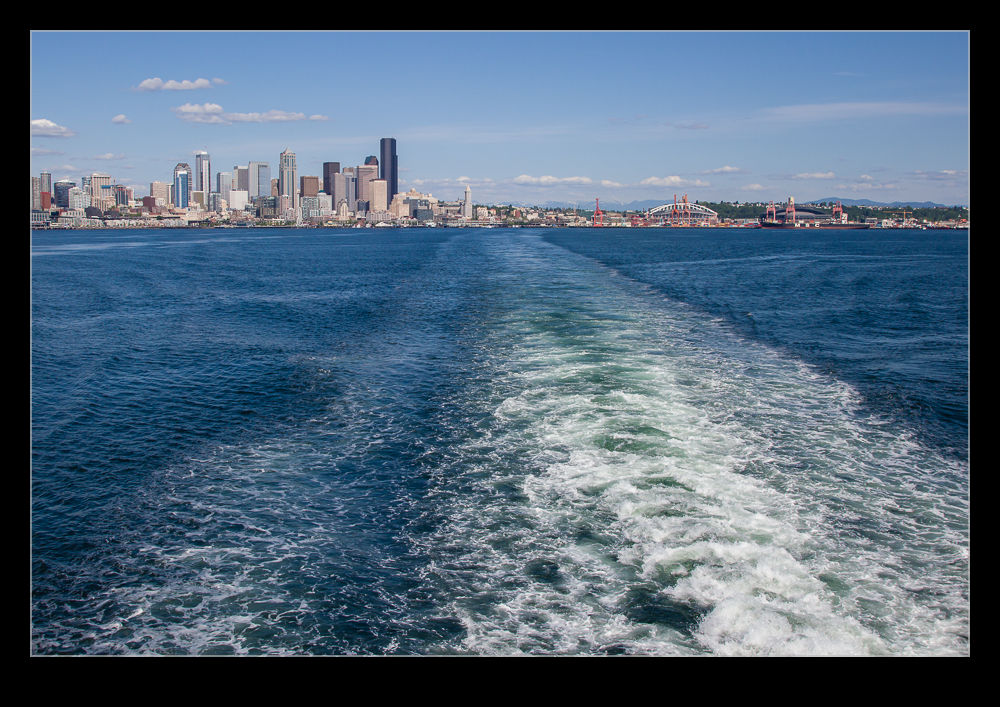 Having grown up on an island, ferry trips were a pretty regular feature of life.  It was all rather familiar although the passengers were a different crowd.  These boats seem to be predominantly commuter boats.  People stayed in the cars to have a nap and the foot passengers upstairs also seemed to be zonked out in large numbers.  Having lots of people around sleeping or reading reminded me a lot of my days commuting by train in to London.

Consequently, as I wandered around taking pictures and looking at new things, I was very conscious of looking like a total tourist.  Since that is exactly what I was, I suppose I shouldn’t have been surprised!  Still, tourists never look cool and trying not to look like one is something I normally try to do.  Spend most of your life in places populated by tourists and you certainly don’t want to be confused for one! 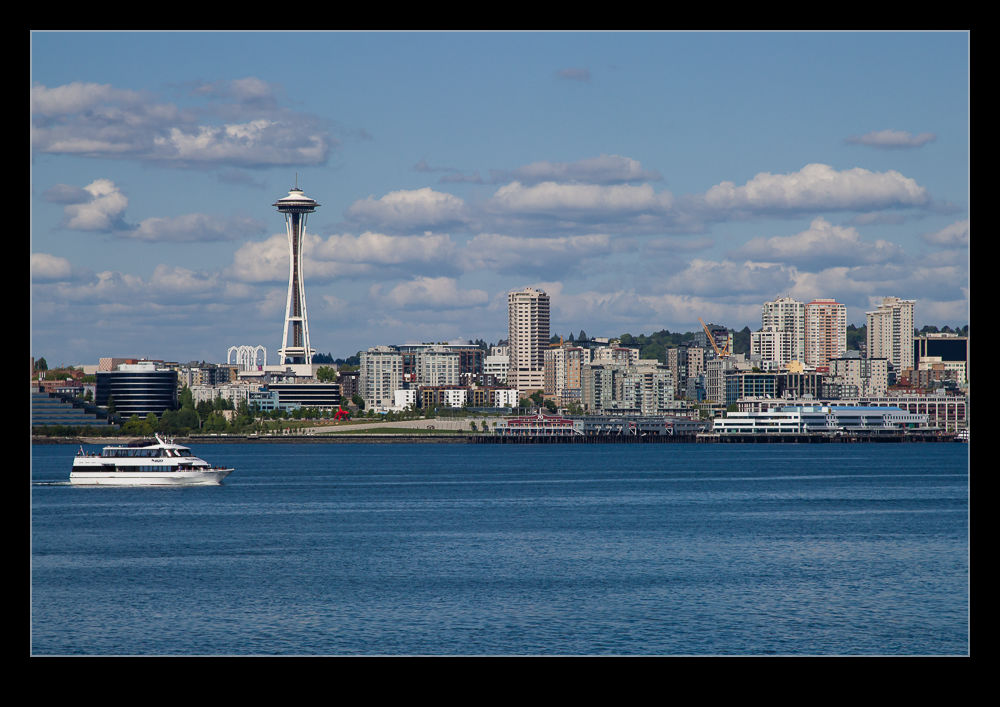 Pulling out of Seattle in the afternoon means the light was shining on the city.  It was still early enough in the day to not be the best light but it was still an attractive sight.  As we moved away from the city, we went through a narrow passage to get to Bremerton itself.  The shoreline was populated with lots of nice looking places.  I imagine they are quite popular residences.  It really did remind me of the Isle of Wight in many ways – quite a throwback for me. 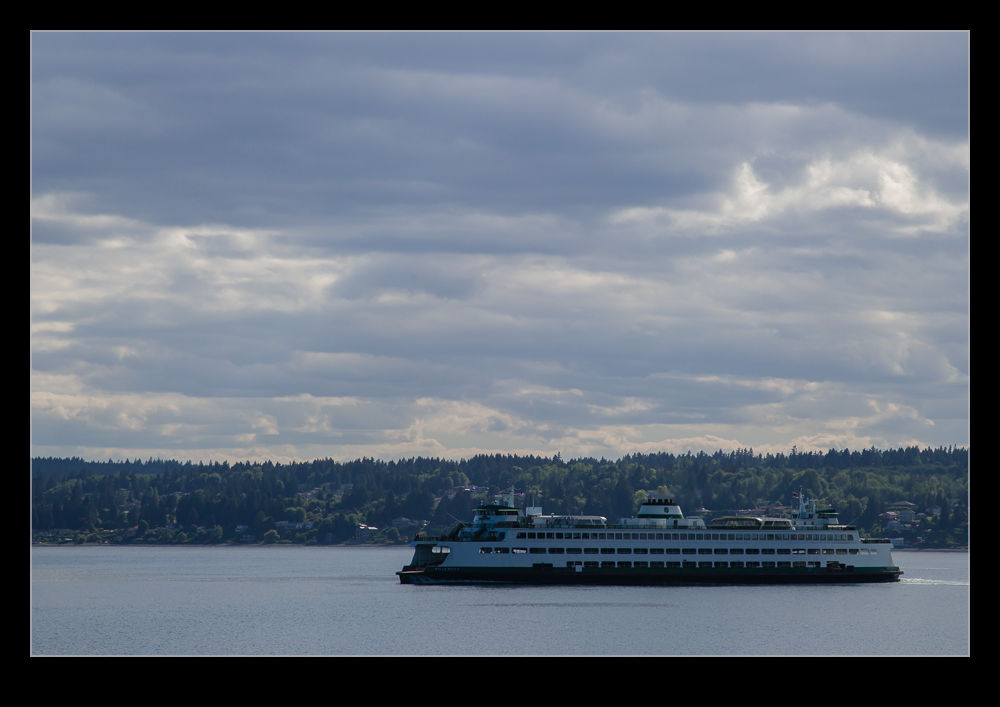