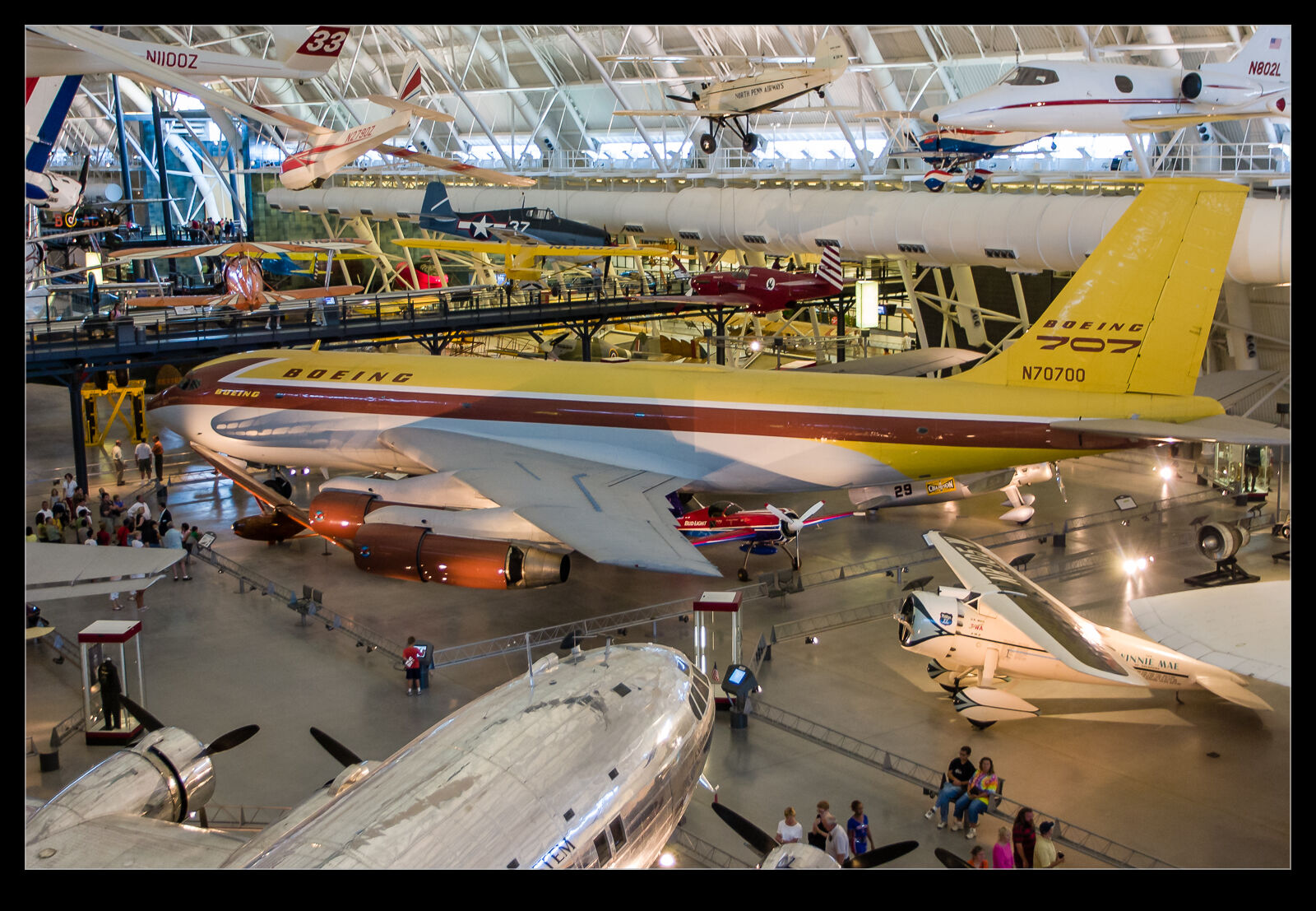 While the Comet may have been the first jet airliner, it was a configuration that was not well suited to development.  Boeing put together its development approach to the jet airliner through a project called the Dash 80.  The shape of the airframe may look familiar but this was a one off.  It was a hand built aircraft and undertook development that then migrated into two further airframes.  One was what became the C-135 family while the other was enlarged and became the Boeing 707. 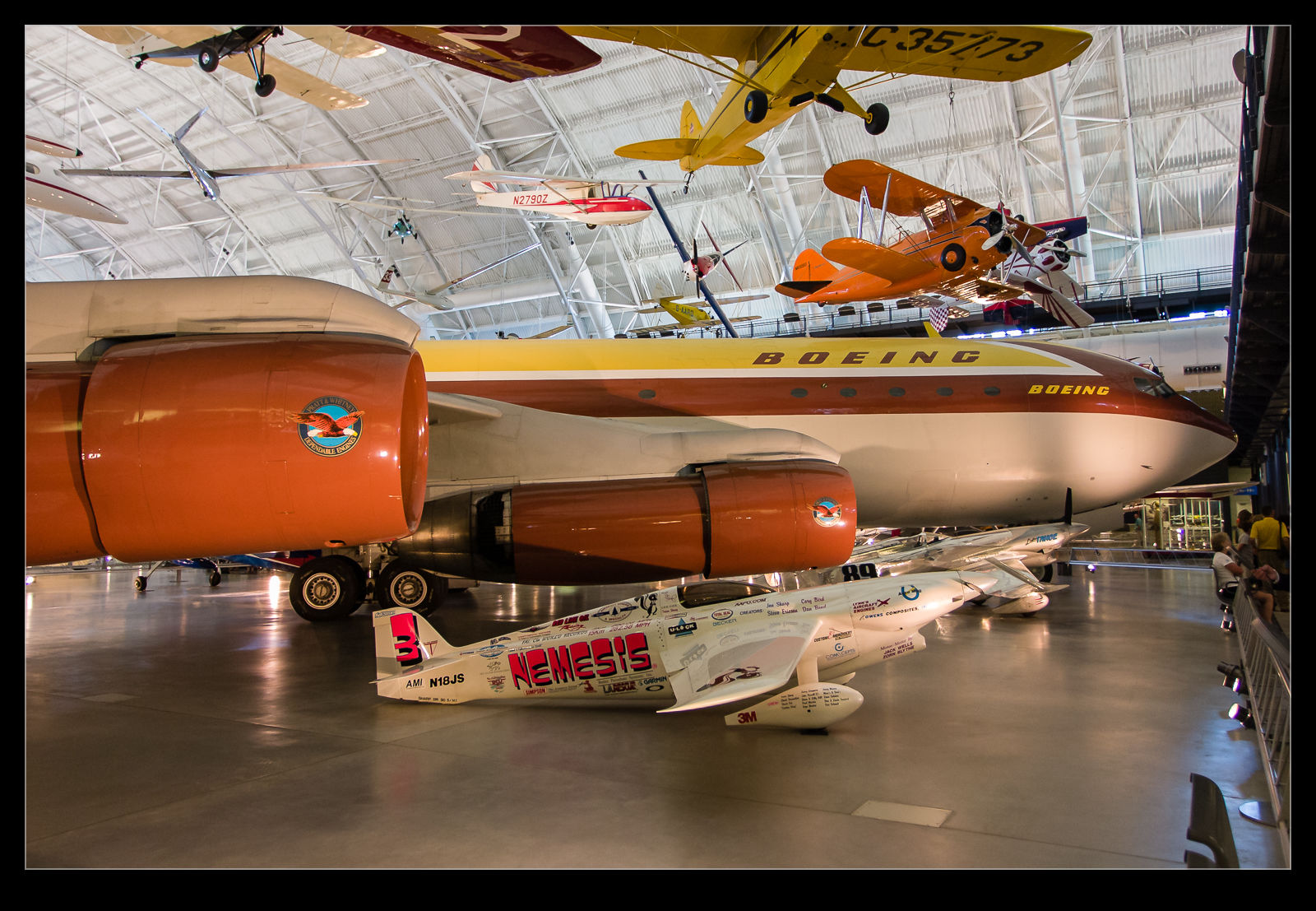 The Dash 80 get used for all sorts of things but finally ended being donated to the Smithsonian and ferried to the Udvar-Hazy facility at Dulles.  That is where I got to see it on a visit there in the mid 2000s.  I haven’t been back since and would love to check this place out again.  Here are some old shots of this historic jet. 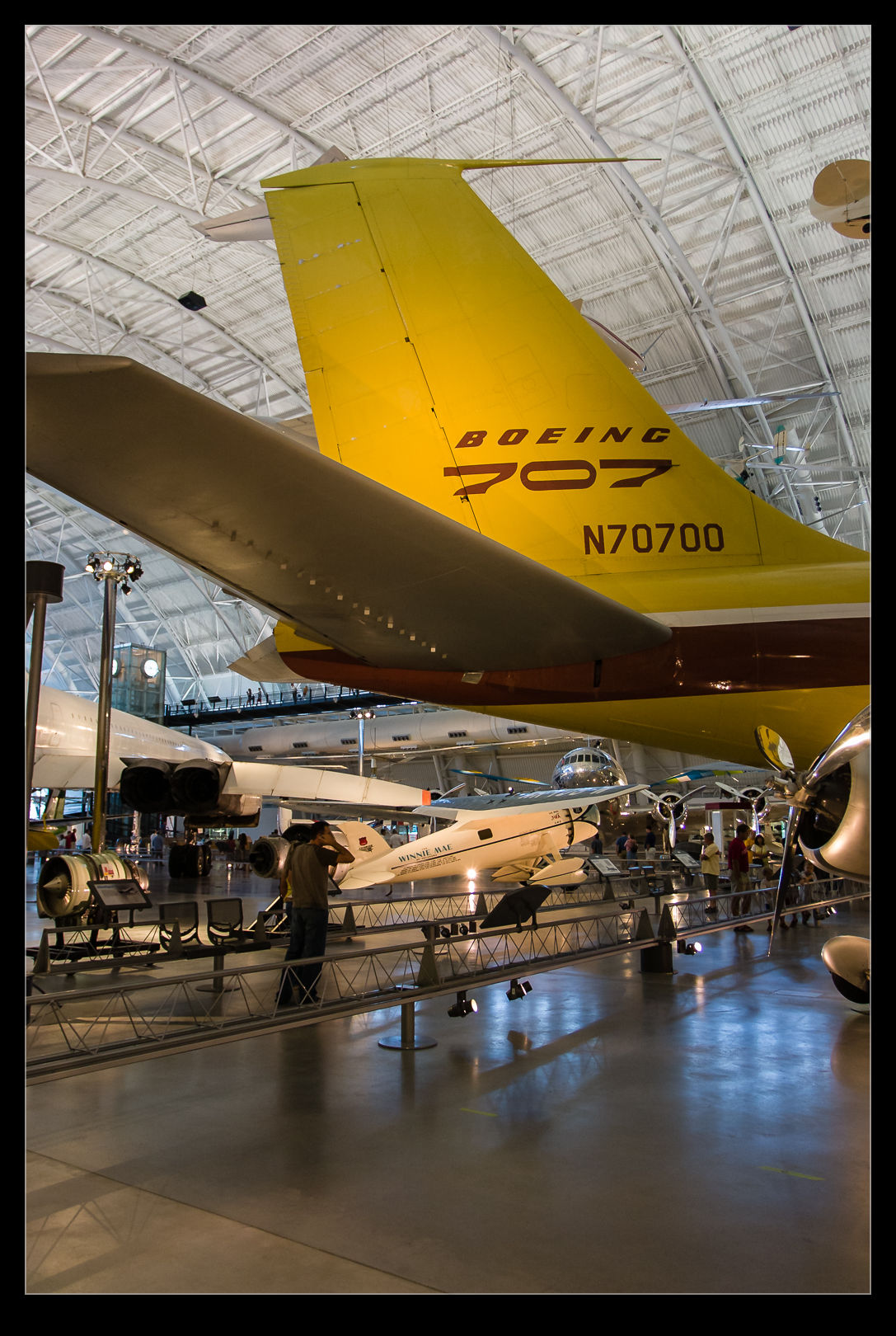