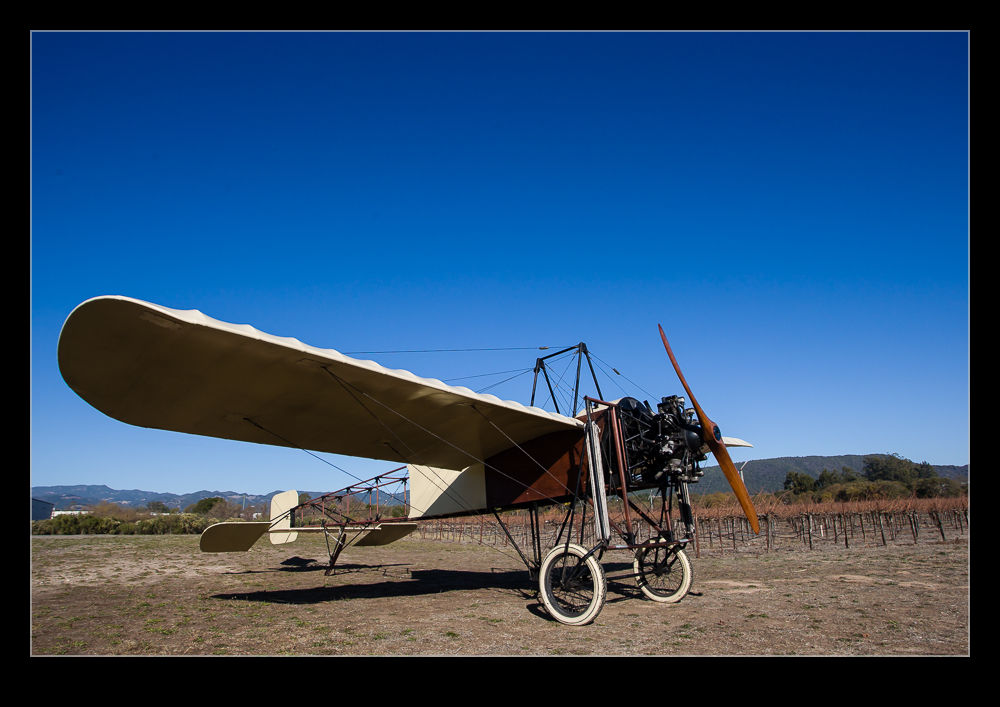 I was kindly invited up to Sonoma Skypark by Eric Presten to have a look at his Bleriot XI.  This is a replica that Eric and his family built in a short time span and that spends a lot of time in Wisconsin.  Therefore, it was quite unusual for it to be in California and in one piece.  It was about to be disassembled so I was keen to see it before it came apart again. 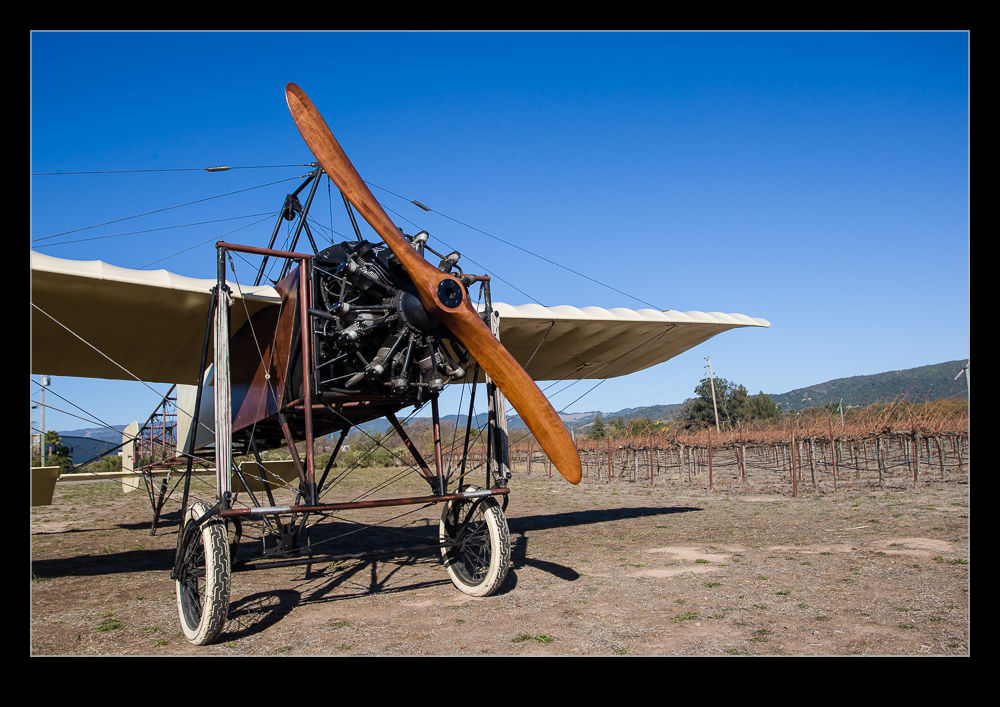 Eric flies the aircraft occasionally but will happily tell you that it is not a particularly fun aircraft to fly.  It has wing warping rather than ailerons which are not the most effective – particularly at the speeds which this aircraft operates at.  However, it is a cool replica and one I would like to see fly at some point.  Eric kindly had the aircraft pulled out for me to get some shots.  Thanks for the great hospitality. 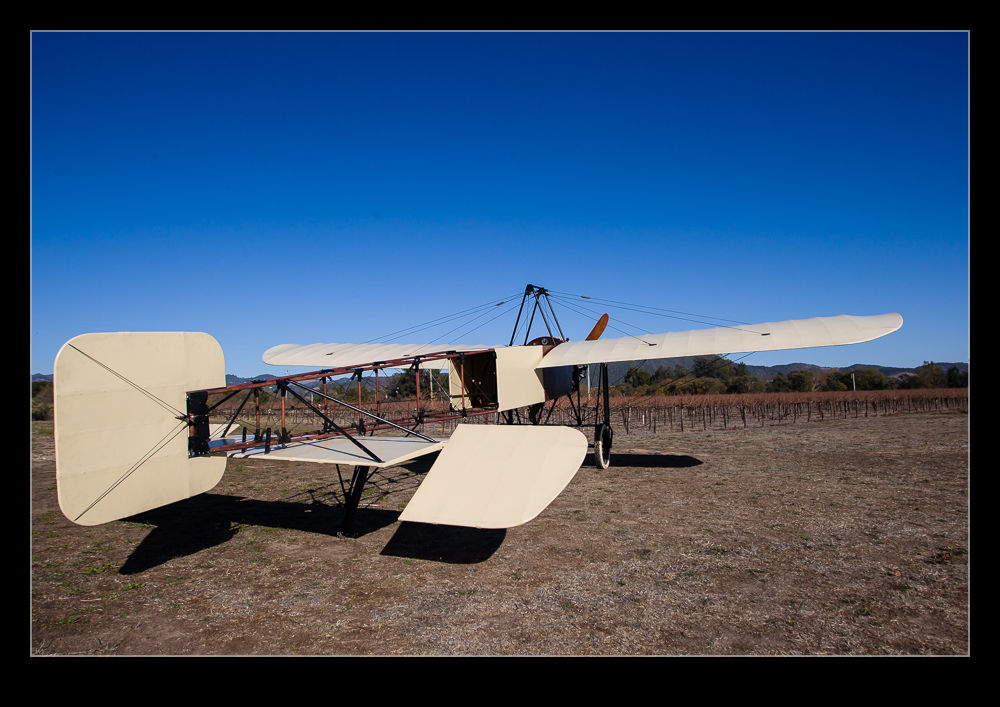 Eric is an aviation photographer himself and has an outstanding collection of images of more aircraft than I knew existed.  He will happily sell you copies of his books so head to http://www.prewarpublications.com/Home.html to see his work. 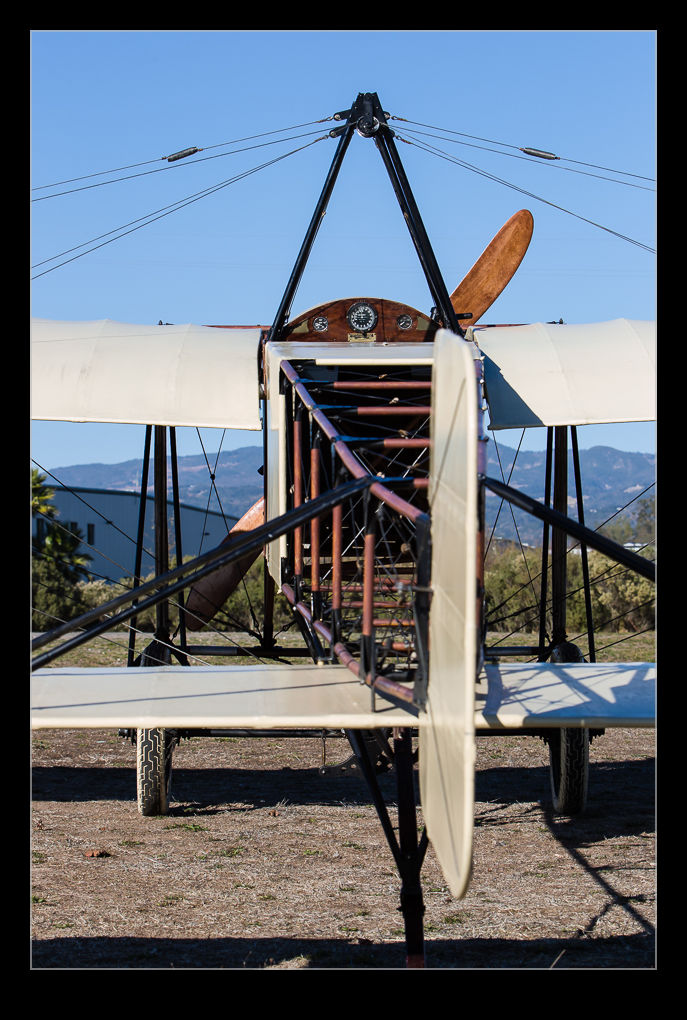