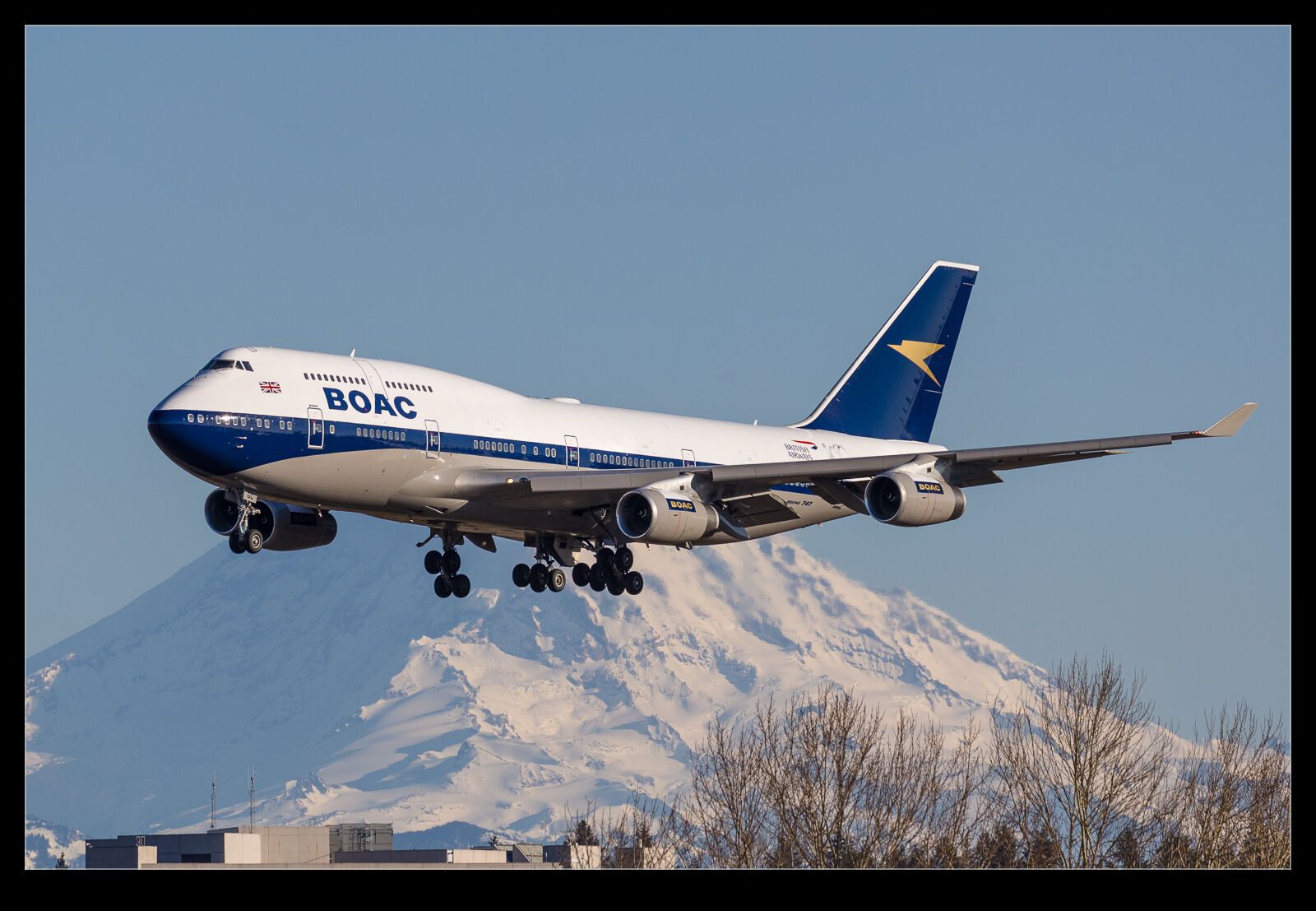 When I was very young, BOAC still existed but it was soon merged in to British Airways.  I remember model kits being for BOAC jets and I have seen some preserved aircraft in BOAC colors.  As part of British Airways’ 100th year celebrations, they have painted up four airframes in legacy colors.  The first to appear was a 747-400 in the BOAC scheme.  I saw a bunch of shots of it online and was keen to see it for myself.  It appeared on the schedule for an evening arrival at SeaTac so I made sure to be down there. 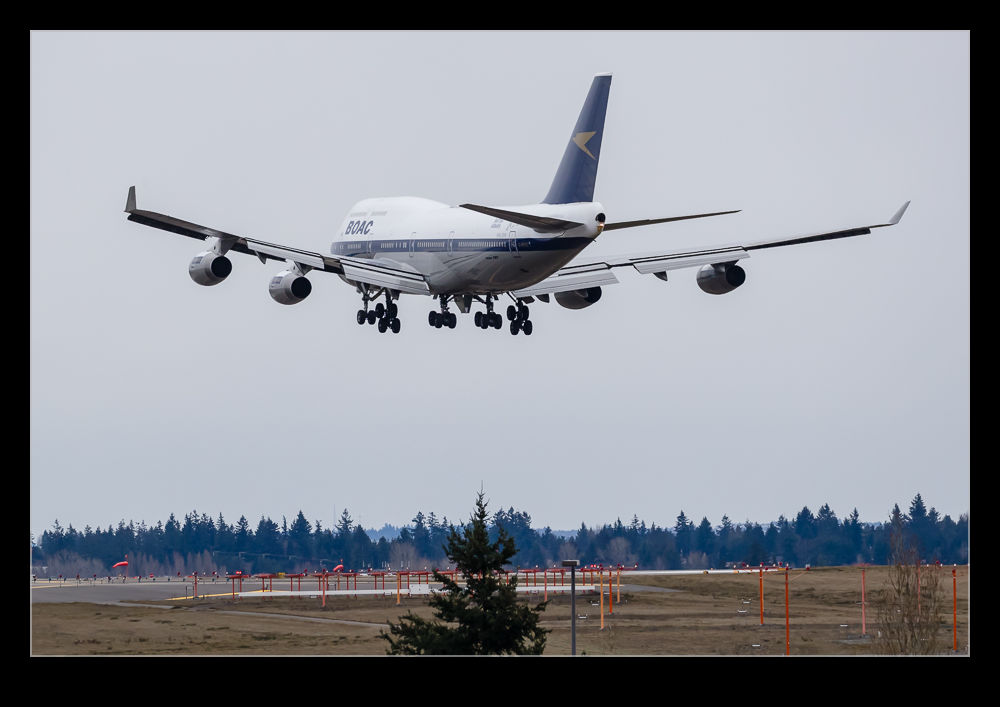 They were making a southerly flow that day and the evening is not a good time for that approach path as there are few locations to get good shots.  However, I was “lucky” in that it was a crummy day for weather.  The water tower location would normally have been horribly backlit but, since there was no sun, it might just do.  I did get the shots and, by virtue of shooting quite heavily overexposed and then pulling back in post, I was able to get something I was reasonably pleased with. 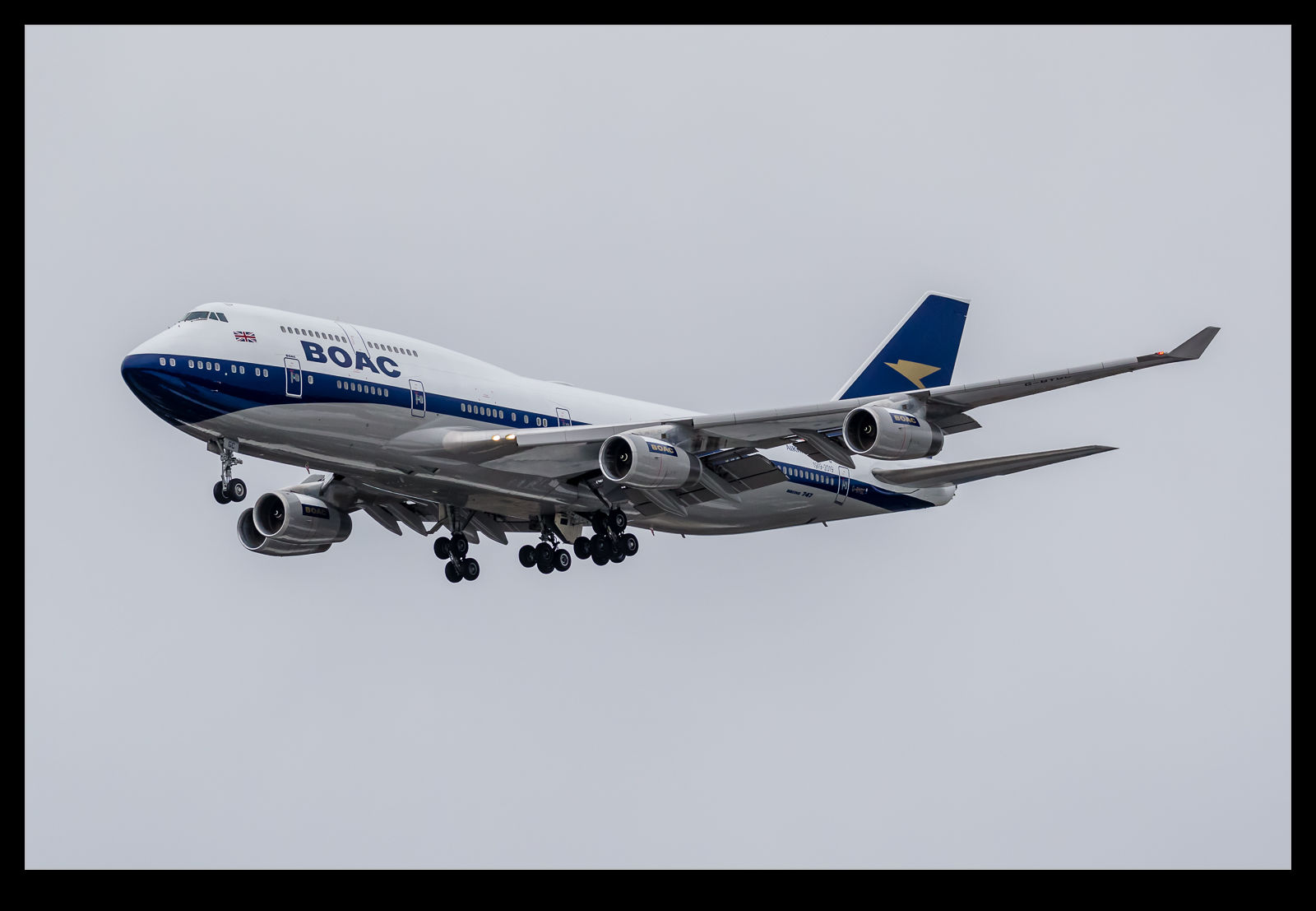 I did really want the sun though and, not two weeks later, the jet was back on the SeaTac run.  Again the evening arrival but this time it was sunny and the flow was northerly.  This provides some opportunities for getting the iconic SeaTac arrival shot with Mt Rainier in the background.  I was certainly not alone as she came down the approach nicely illuminated by the evening light.  Thank goodness for time changes and being done with work by then! 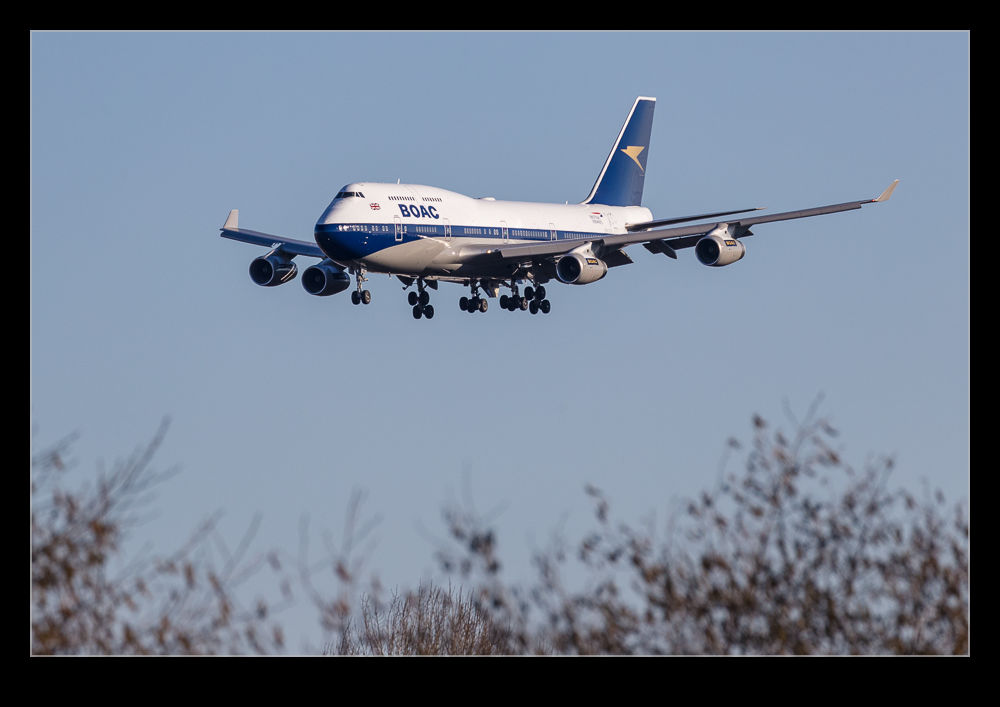