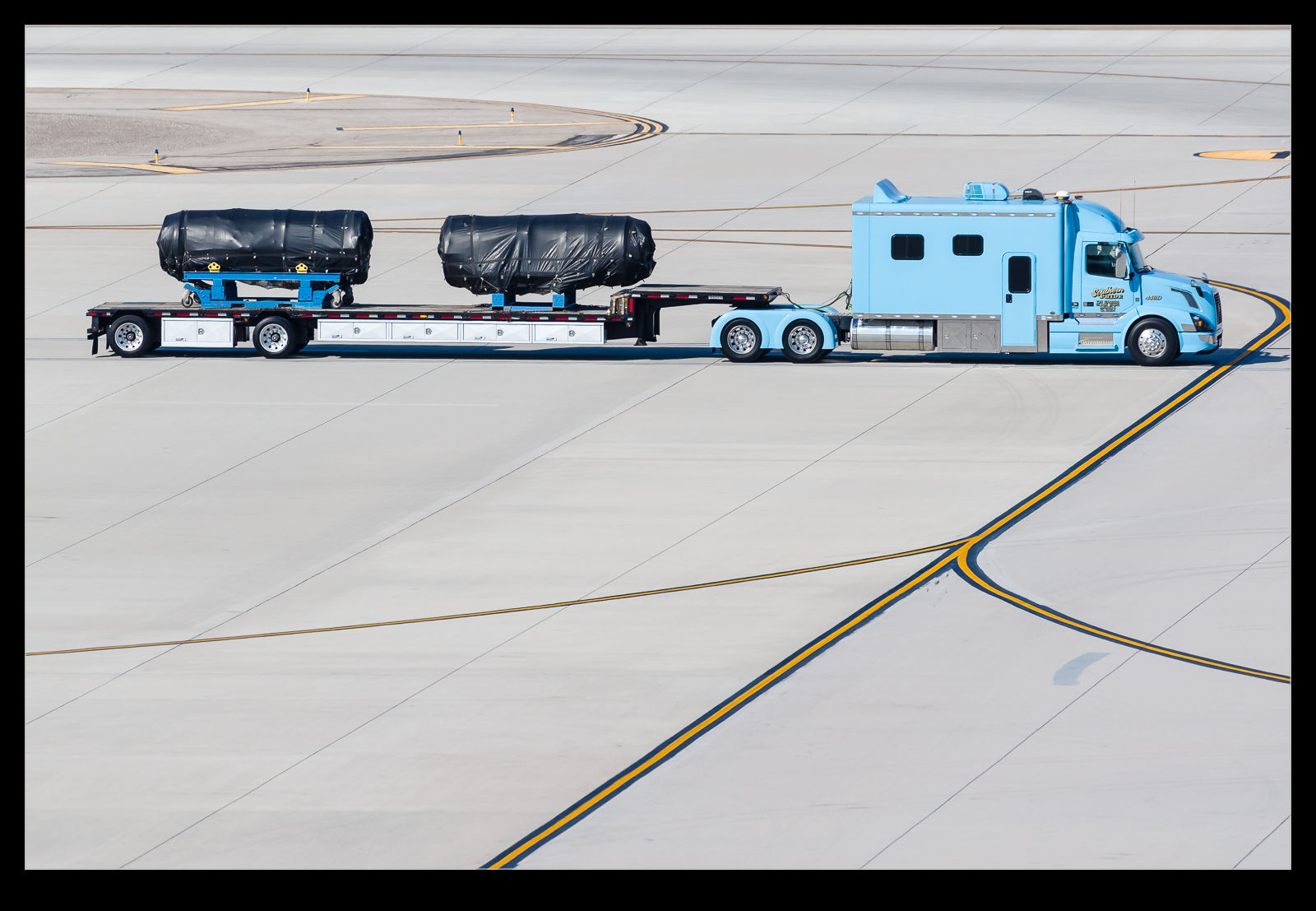 Modern engines last a long time on the wing of an airliner but they do need to be changed.  Older engines tend to need to be changed more often.  Allegiant fly a bunch of MD-80s as part of their fleet and they use the older Pratt and Whitney JT-8D engines.  I guess one of the planes was due for a change because, while I was at McCarran, this truck showed up on the ramp with a couple of engines on the trailer.  I can’t say whether these were fresh engines about to be fitted or the ones that had come off due for overhaul but, judging by the direction he was heading, I am going to say that these were being delivered.