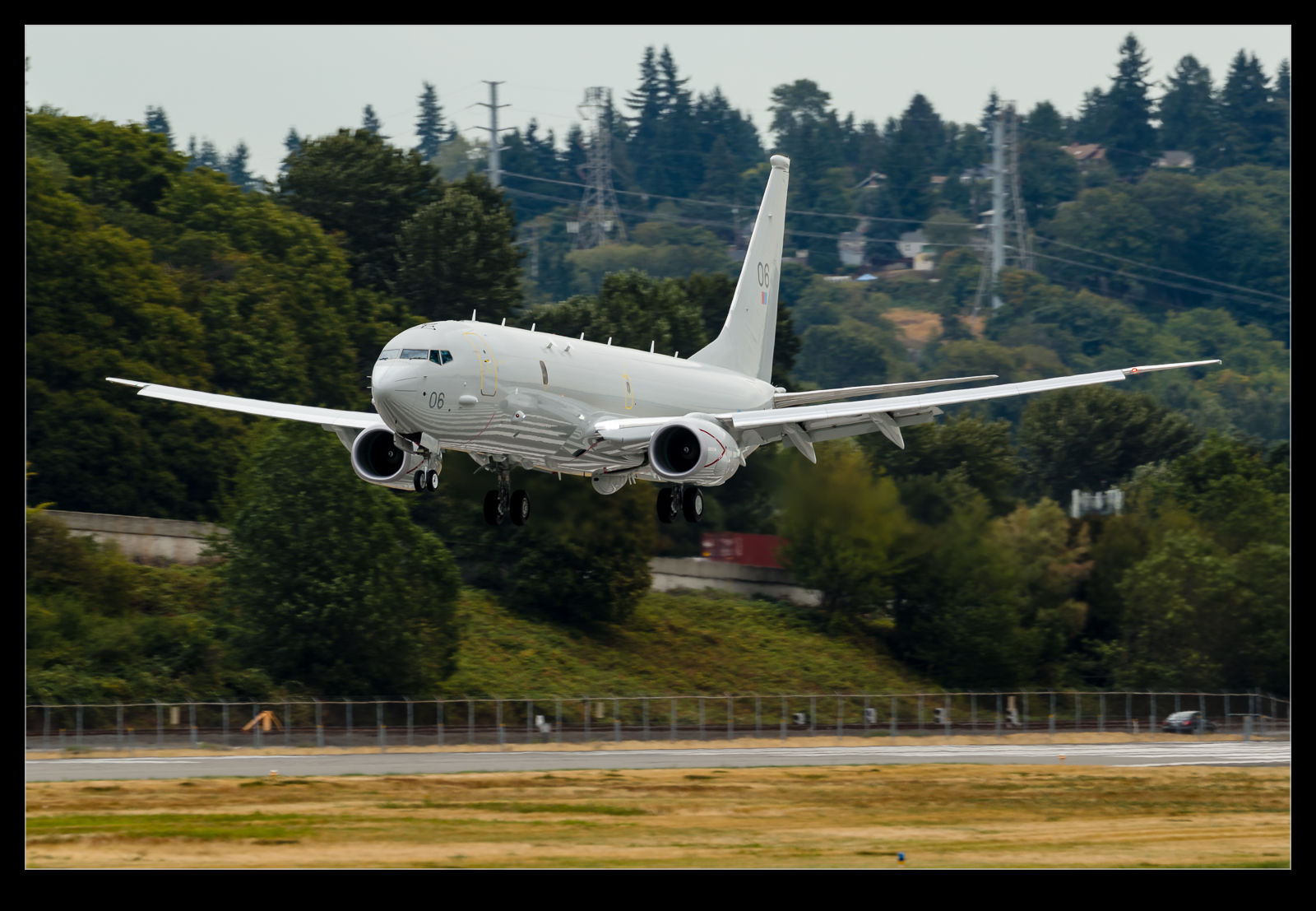 P-8 production is really moving along at the moment.  Aside from the US Navy aircraft, there are planes destined for the Royal Air Force, the Indian Navy and the Royal Norwegian Air Force in production and on test.  One afternoon I got both an Indian and an RAF jet arriving in close succession.  The nice thing about arrivals from the south when they are military jets is that they then taxi back past you as they head to the military ramp. 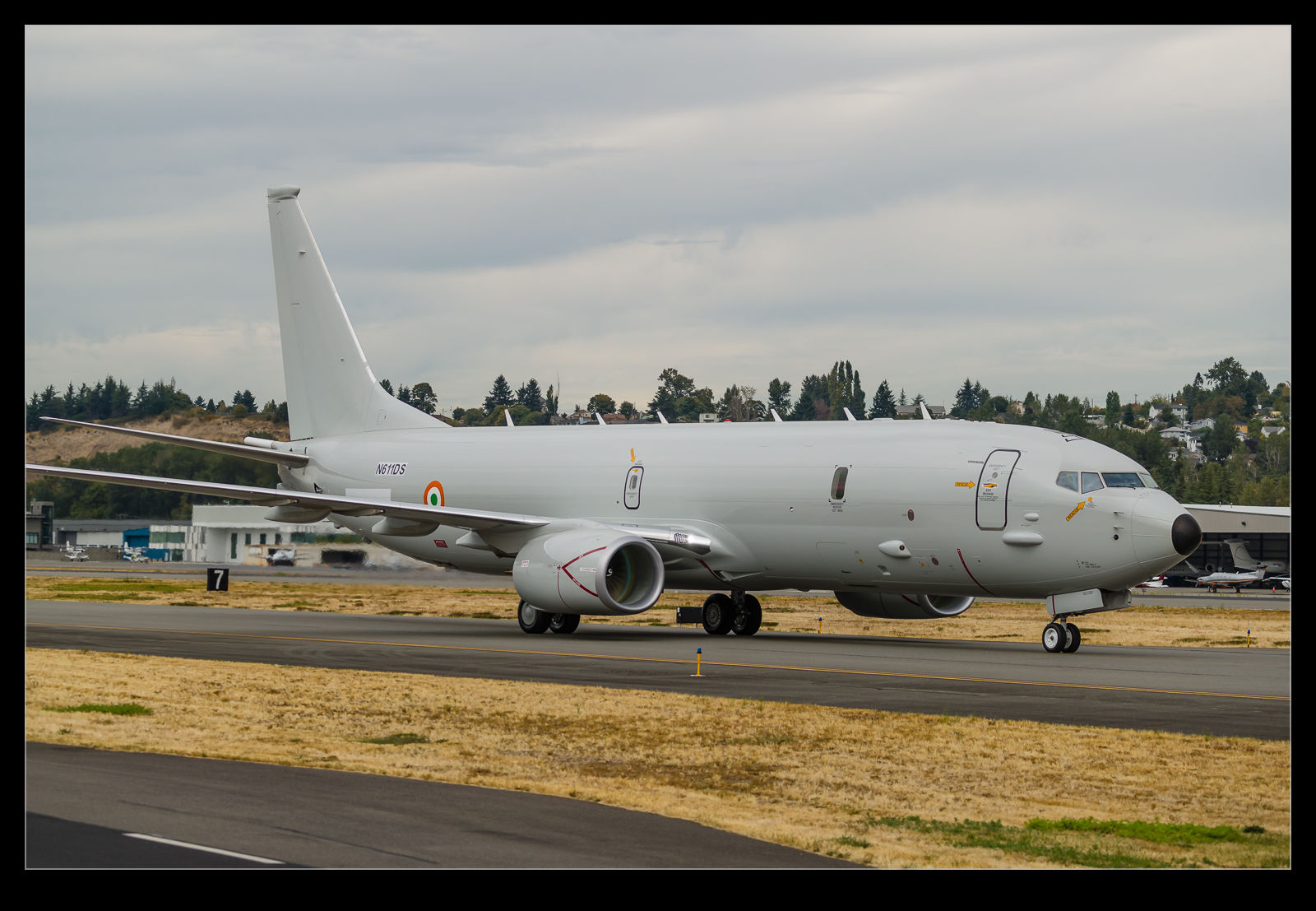 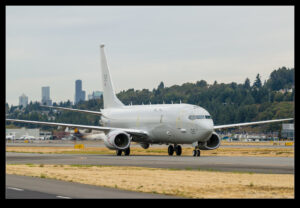 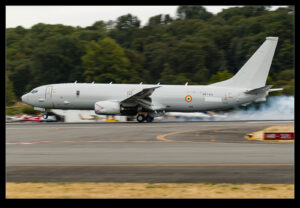