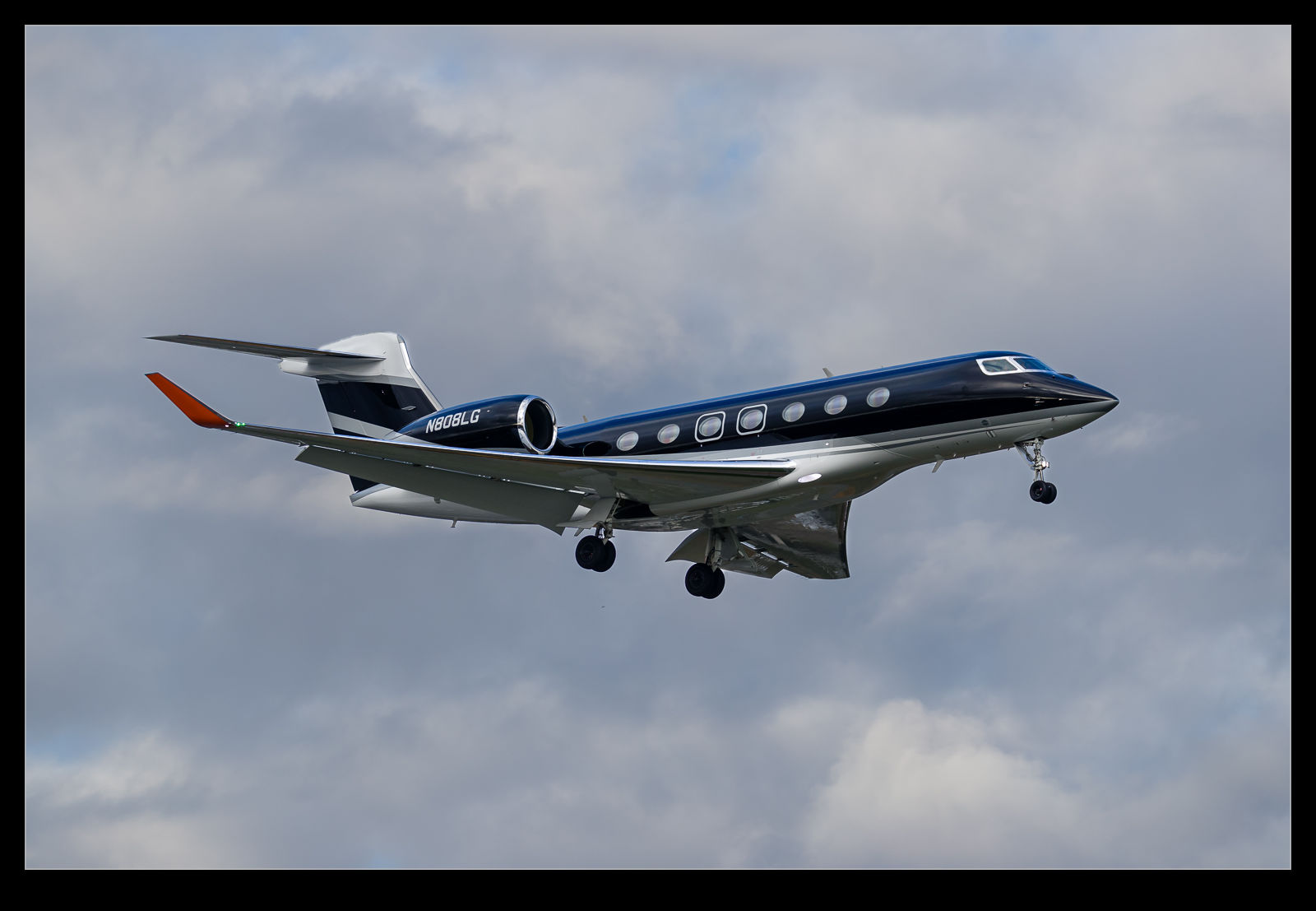 Of the new generation of Gulfstream jets, the G500 was the first to test and the first to service.  It might have taken a long time to get certificated but it is now in service.  Even so, I haven’t seen too many of them yet.  However, I managed to get two on one day.  One of them was an approach to Boeing Field and what appeared to be a Gulfstream owned airframe was also parked on Modern Aviation’s ramp. 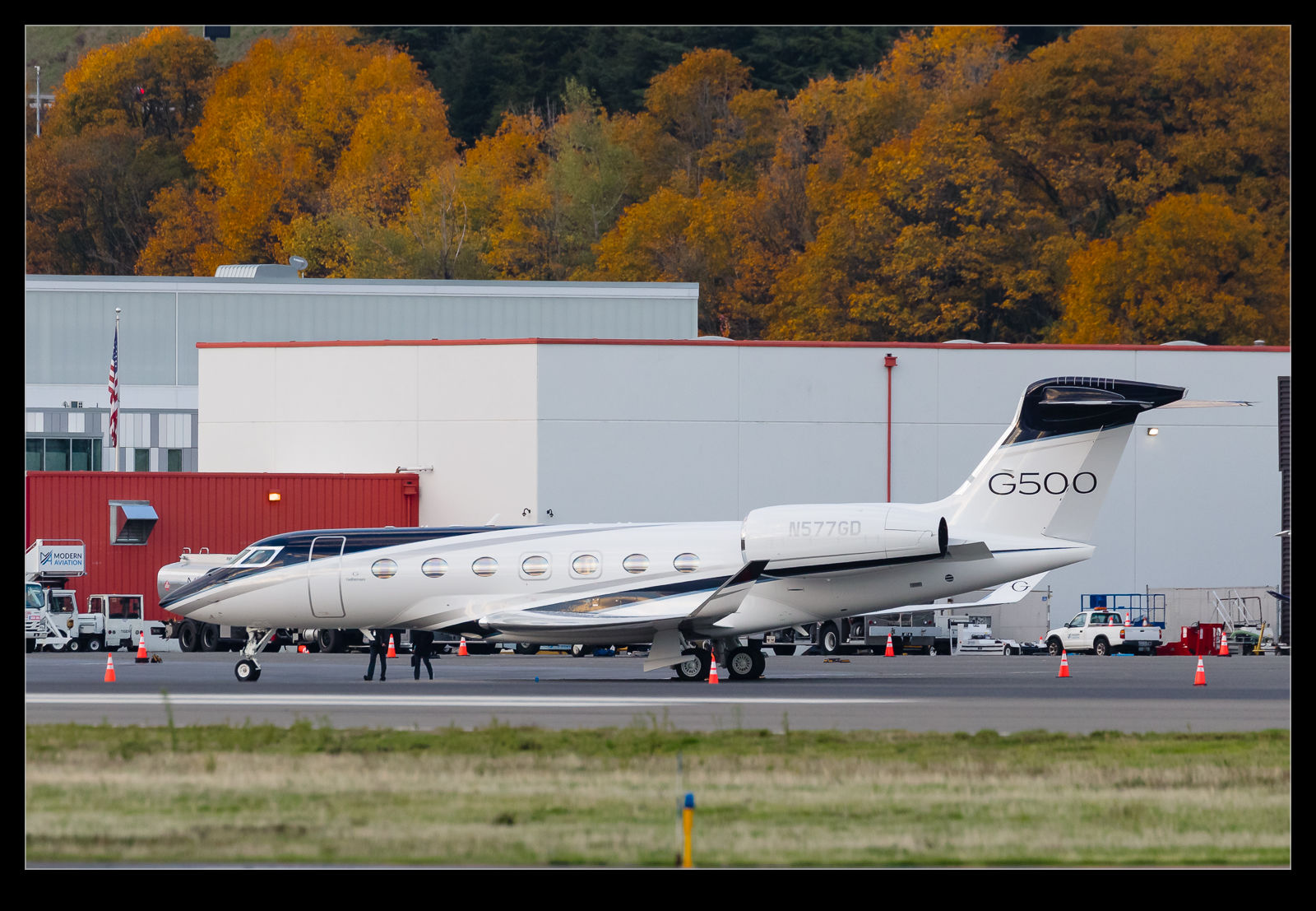 I think they are a pretty good looking airframe and have addressed some of my misgivings about the older generation Gulfstreams.  Now there are going to be a bunch of variants with the G500, G600, G700 and G800.  There is also going to be a G400 but I don’t yet know whether that is the same airframe design base or something different.  Probably similar though.  Can’t see much future for the G650 with all of these, though. 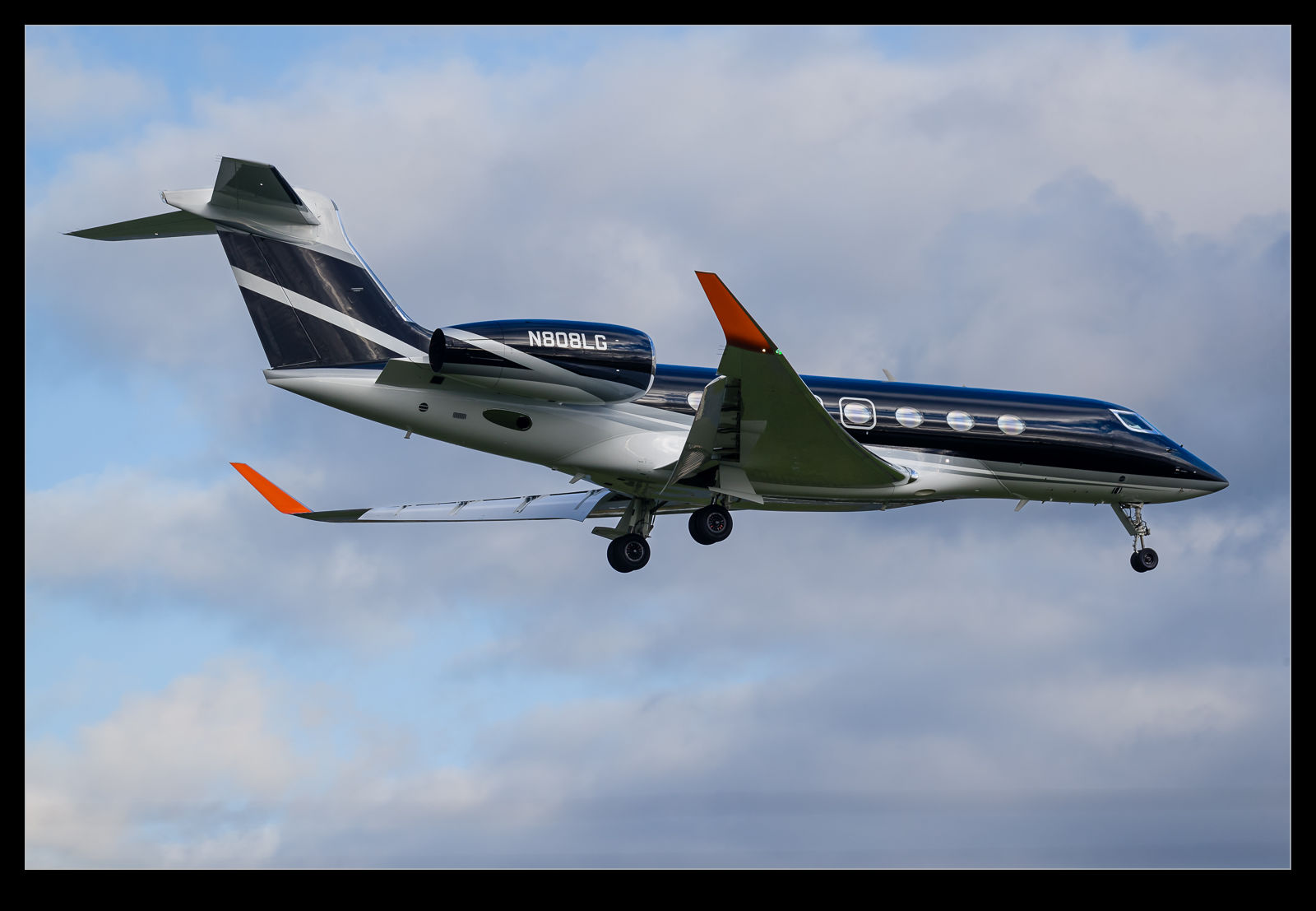