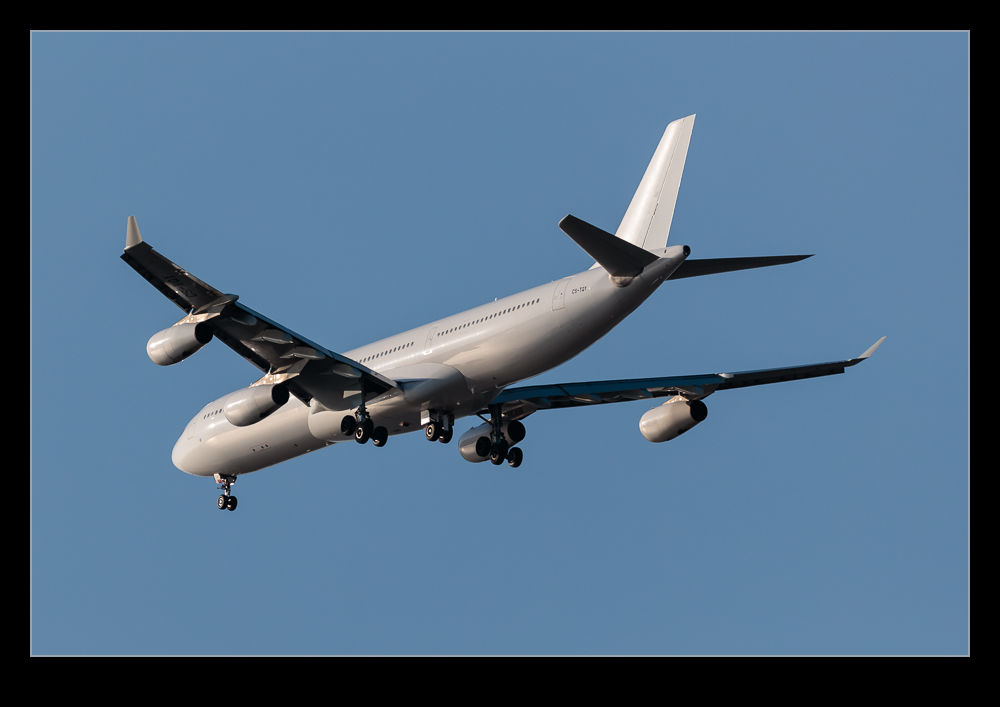 I have mentioned A340s and their gradual demise a few times in the blog.  Sometimes it has been that I have got ahead of myself.  However, I recently was genuinely surprised.  Apparently, during the summer, an A340 makes a single flight a week into Oakland from the Azores.  I had no idea about this until I read something about it online.  A direct flight from Oakland to an island in the middle of the Atlantic?  Who would have thought it? 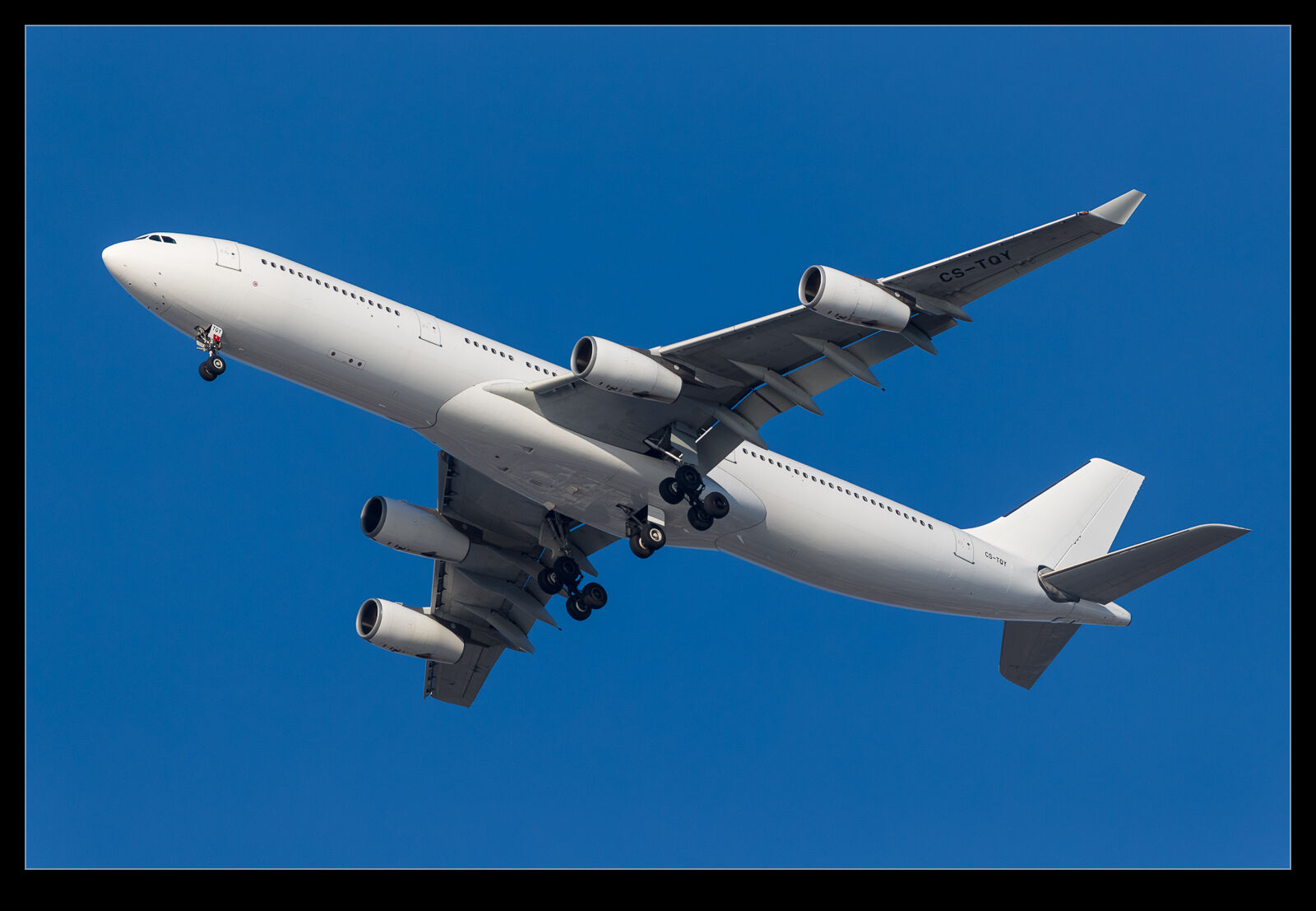 I managed to be in place for the arrival one time.  The airline is HyFly.  I am guessing you have never heard of them.  The jet is chartered from another operator but the whole operation is Portuguese controlled.  (The Azores are Portuguese if you didn’t know.). The aircraft is totally unbranded.  An all white A340-300 sounds really dull.  I guess it really is.  However, the novelty certainly caught my attention and I am both pleased and annoyed that I had no idea it was a regular visitor so close to home.