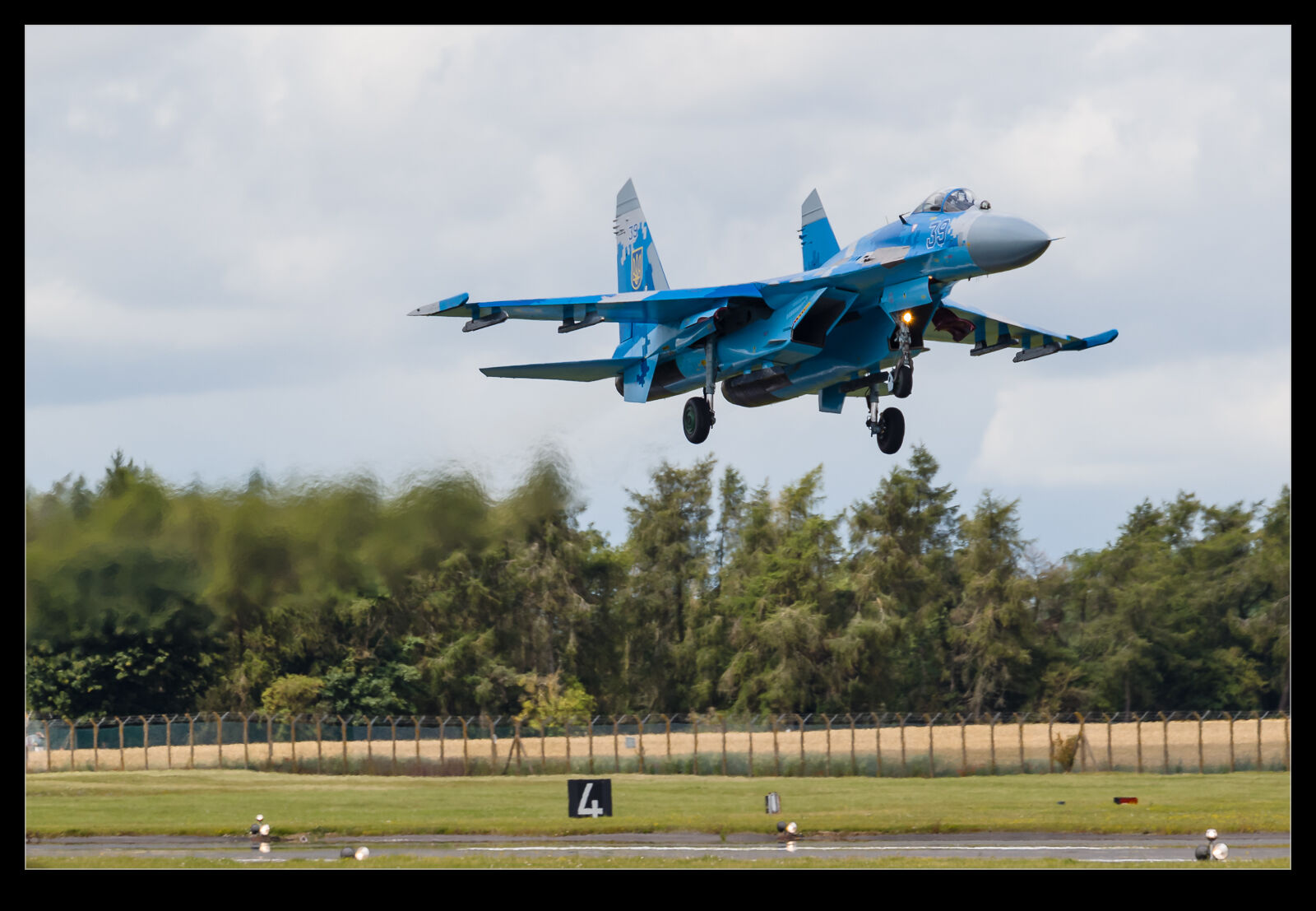 Non-Western jets are always a strong attraction at a Western air show and the appearance of the Ukrainian Sukhois at RIAT was no exception.  The SU-27 is a beast of a jet and quite an impressive performer at a show.  The arrival was cool and the practice display was welcome.  I was a bit annoyed as I didn’t have the camera to hand when the jet thundered off the runway and turned towards us and blasted over our heads at the Western Park and View. 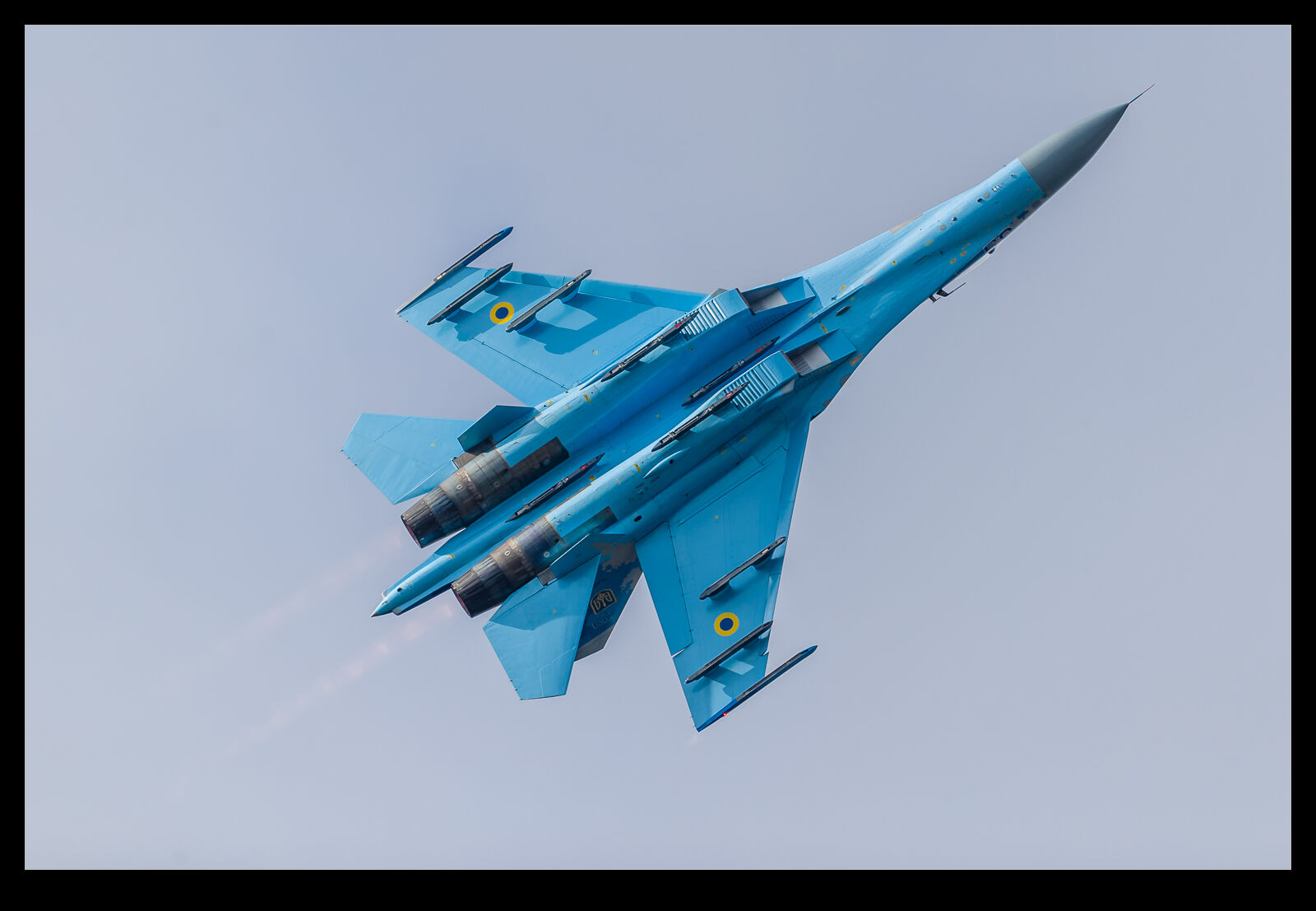 The light wasn’t great for any of the times I saw the jet fly but the sky blue camo scheme it wore seemed to do a good job of picking up the light as it maneuvered around the display.  Plenty of blasts of power for the engines combined with a damp atmosphere allowing a bit of vapor to be pulled from the air was pretty cool.  The front fuselage shape is a little odd and this shows more so when on the ground where it droops down.  Once airborne, things are different. 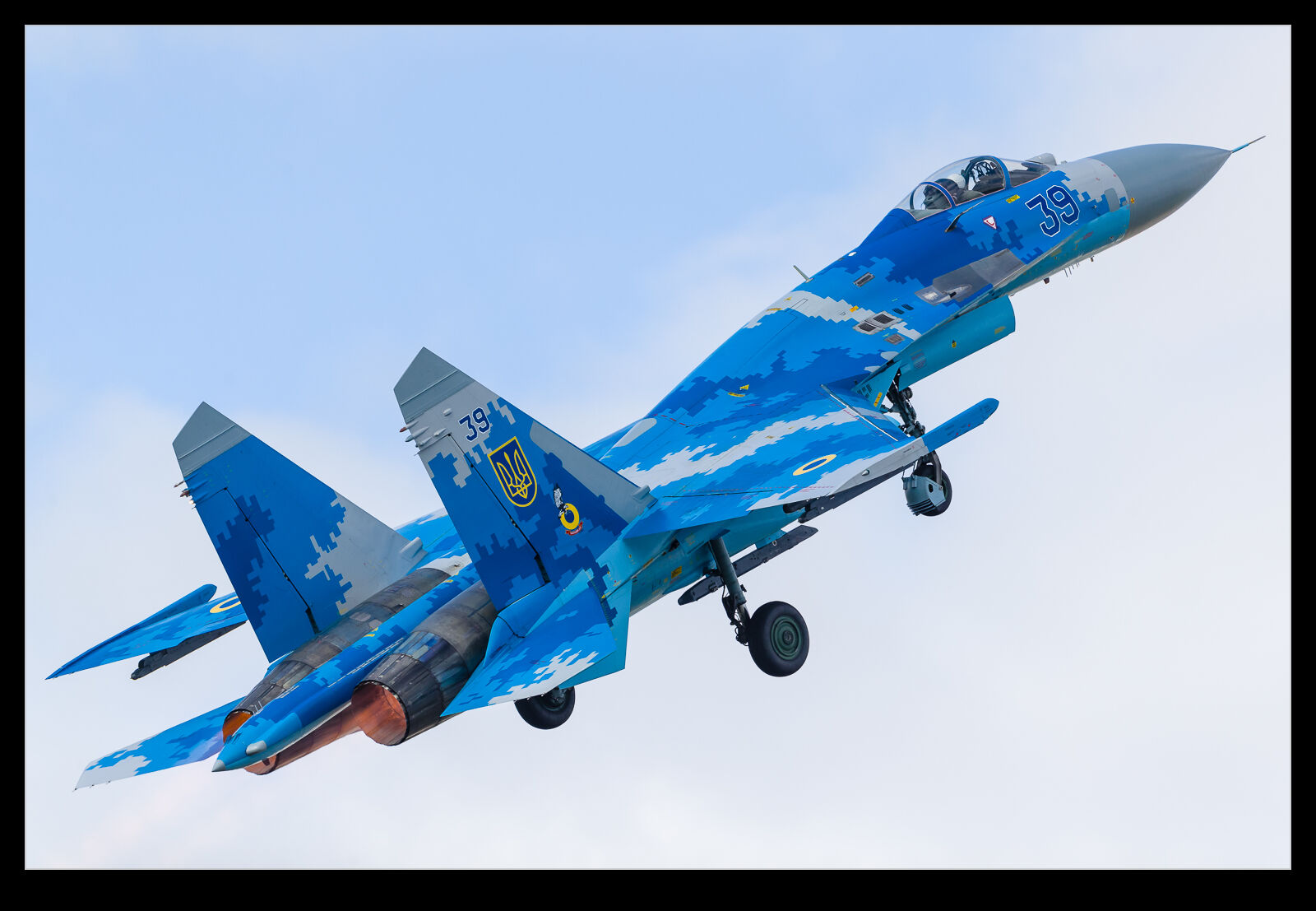 Something photos don’t show is the way in which the auxiliary inlet doors on the underside of the intakes flap around in certain flight regimes.  Looking through the viewfinder, you could see them oscillating a lot but only video would show that off.  It was a long time since I had last seen the Ukrainian jets at Fairford and this was my first time to shoot them digitally.  They were accompanied by an IL-76 and I suspect that will get a post one day! 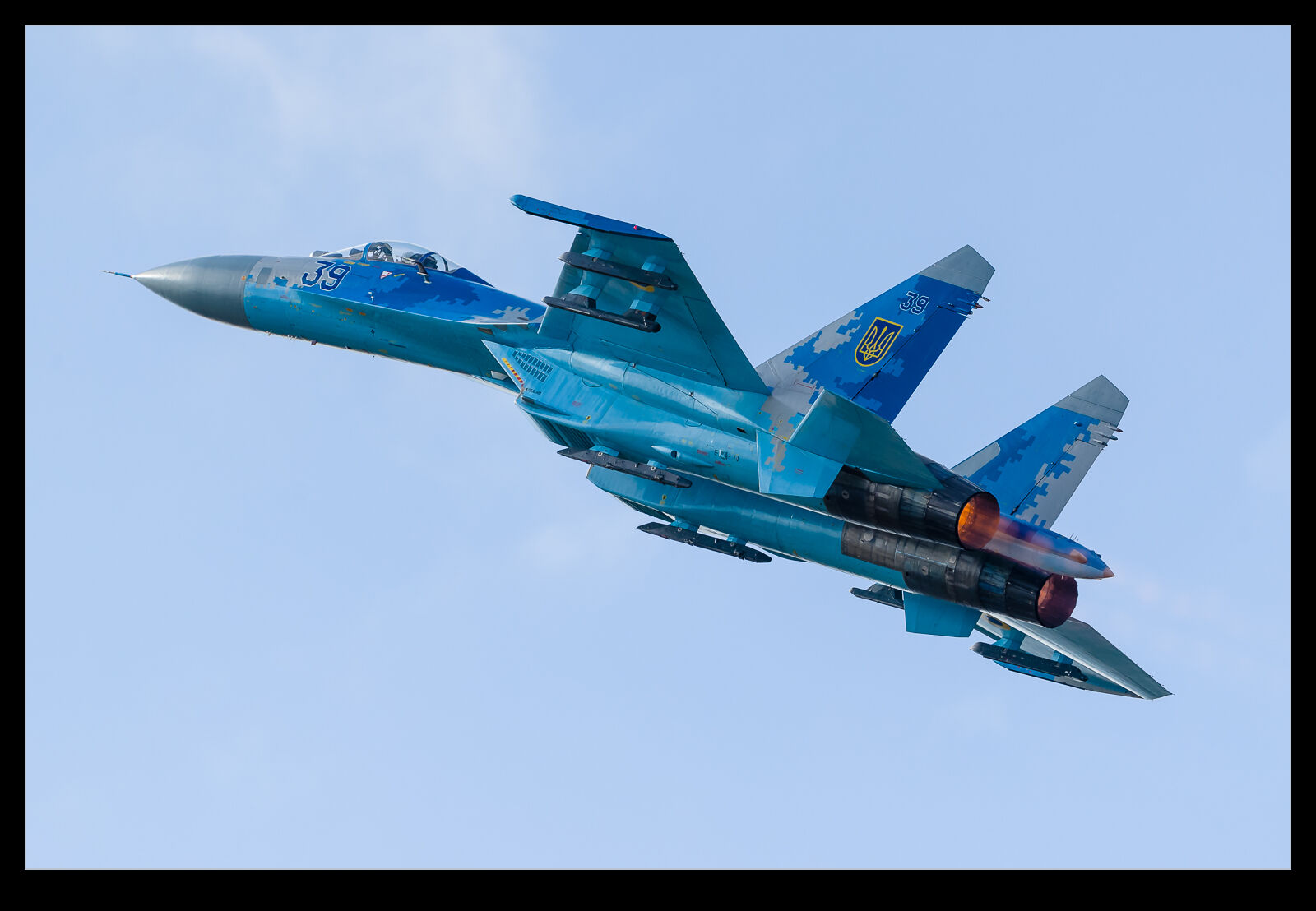 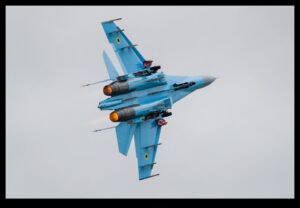 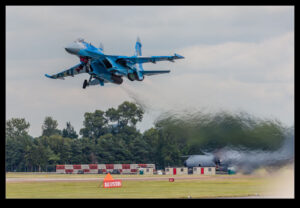 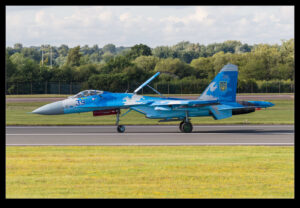 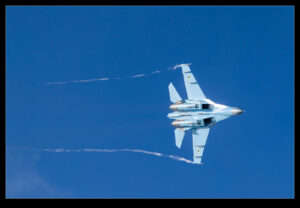 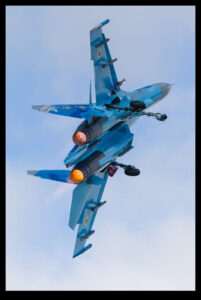 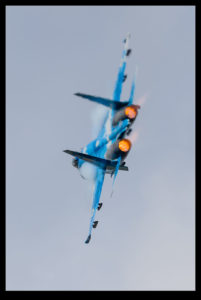 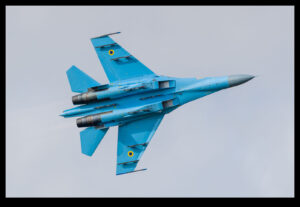 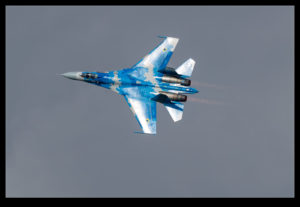 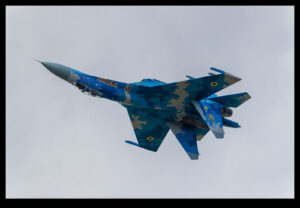 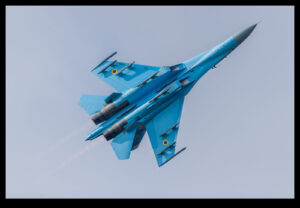 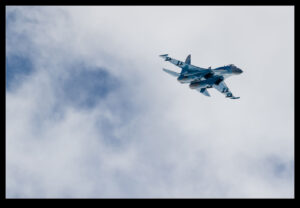 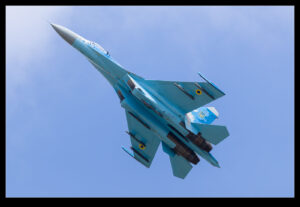 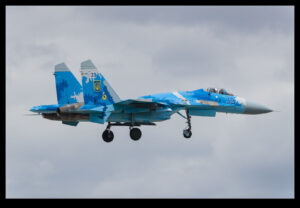 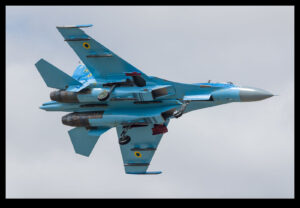 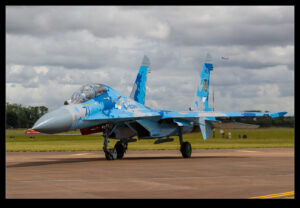 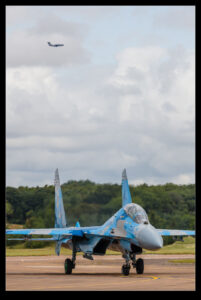 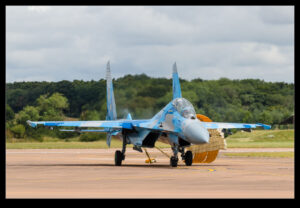