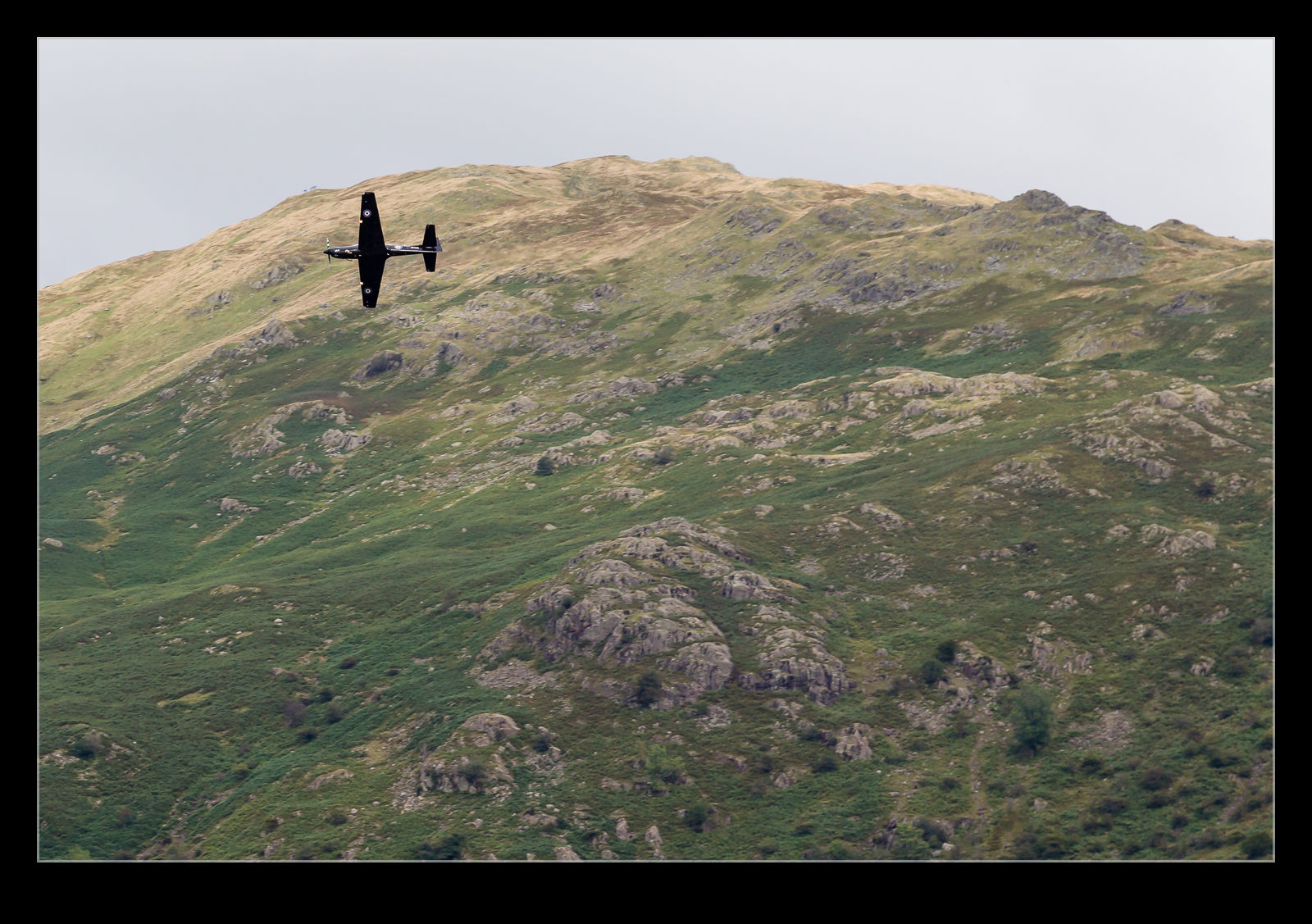 The Lake District is an area that is known to be popular for low flying military aircraft. In all of the years I have been going there, I have hardly seen any jets coming through. Mainly that was because I was there at the weekend and the military don’t tend to fly much at the weekend. I was hopeful that we might see some traffic on this trip since we would be there midweek. We did get some traffic but it didn’t go quite as planned. 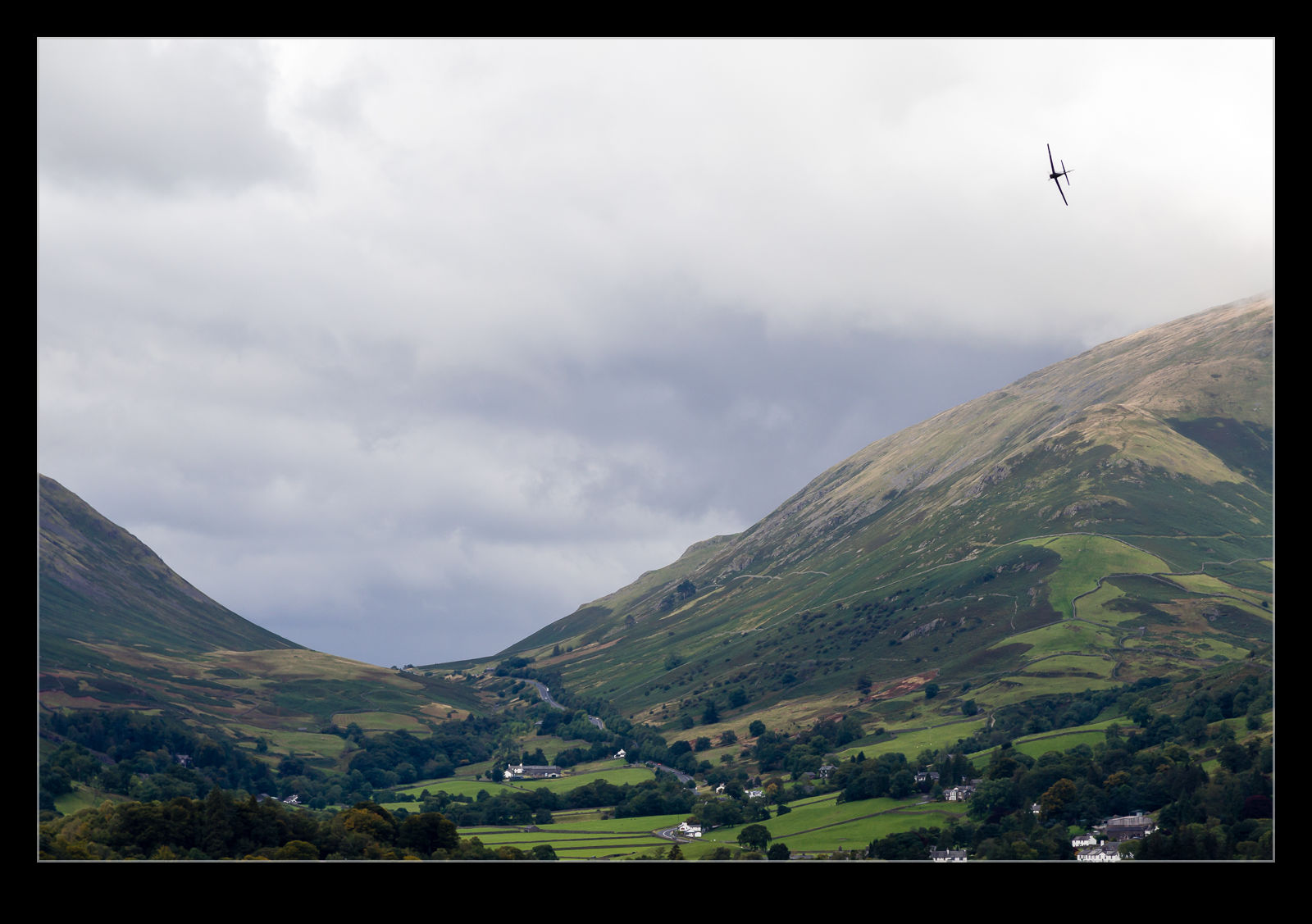 A few times we saw Hawks zipping over the town while we were outside. We were generally getting ready to go somewhere else and they caught me out as they came through. On one hike I took a long lens with me. Of course, this didn’t go to plan. Most of the time I was looking at some lovely scenery so I had a wide lens on the camera. This was the time the RAF chose to show up. No jets this time but a selection of Tucano turboprop trainers. I wasn’t expecting them when they came through so grabbed the camera with the lens I had on at the time and got a few shots. These won’t be of much use to me but they do remind me of the excitement of being caught out be a low flying plane of any type.