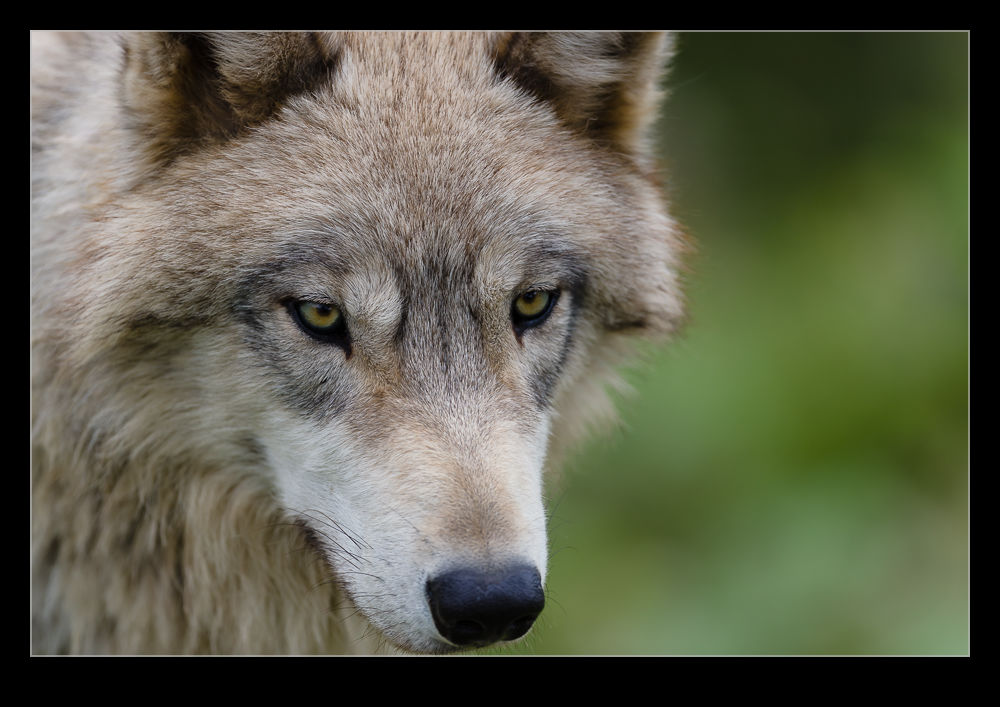 The small pack of wolves at Cougar Mountain Zoo were quite something to watch.  They had a variety of territories in their enclosure and they moved between them frequently.  They did patrol the area near the visitors to keep tabs on what was going on.  There was a very distinct hierarchy in the pack.  The alpha male was very obvious.  A number of them seemed to be at a secondary level and one seemed to be the most passive in the group, often staying away from rest.  He didn’t seem to have any problems but did not get in the way of the others. 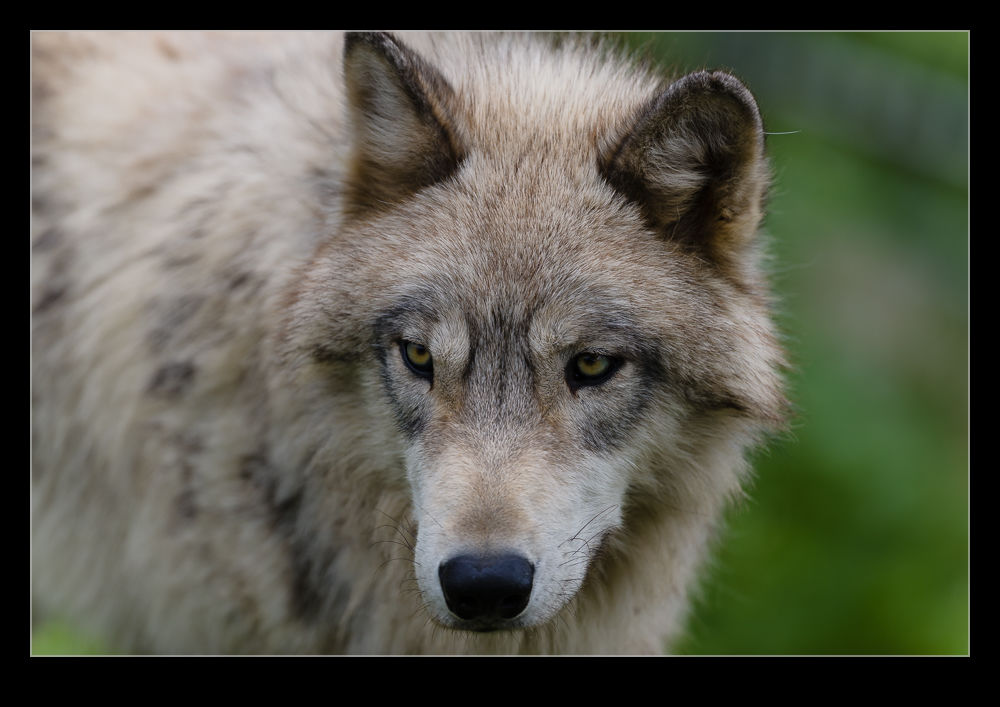 The alpha was a great looking wolf.  When compared to the others, there was even something about the face that made you know he was in charge.  He had a look that suggested he was constantly assessing things.  It is easy to project human emotions on to animals but something about this guy made you think that he didn’t have time for the fun stuff and he was always on guard.  He looked great. 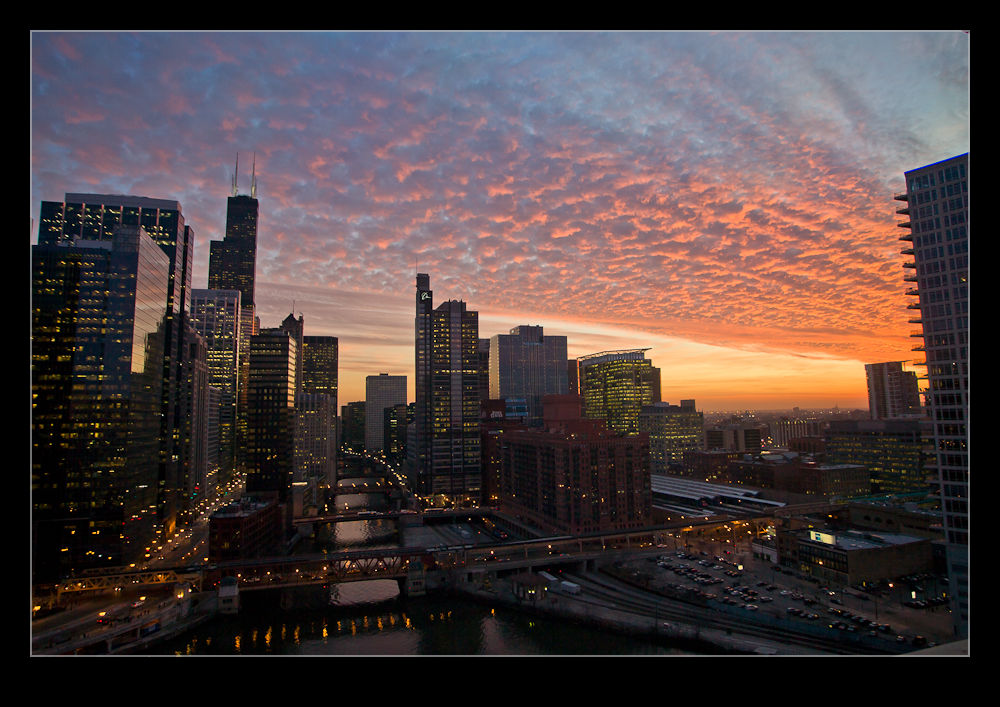 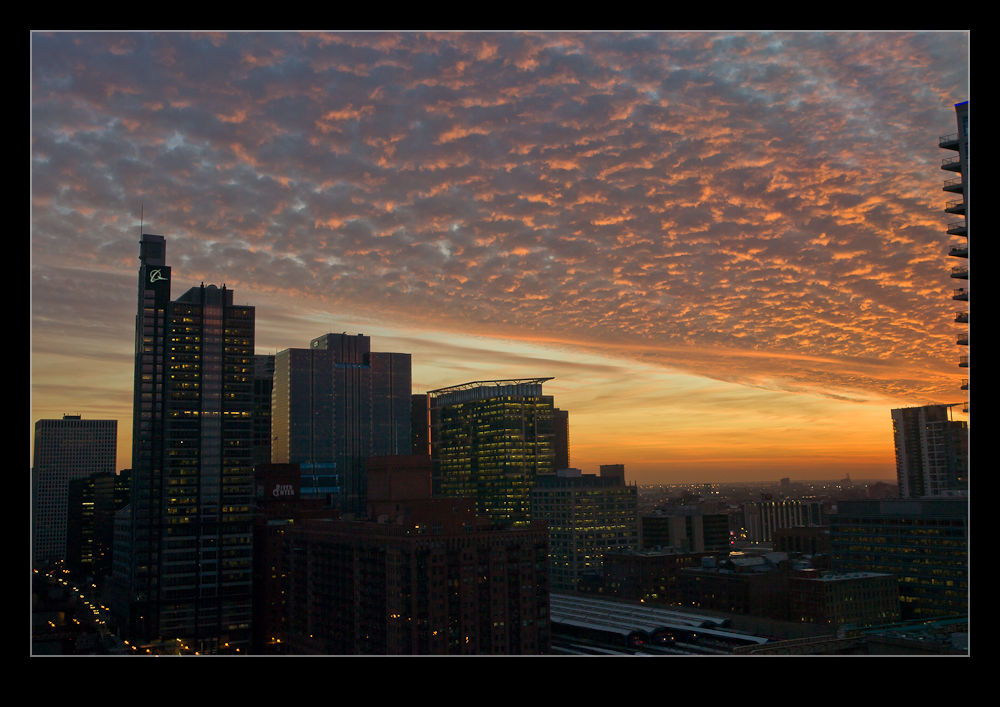 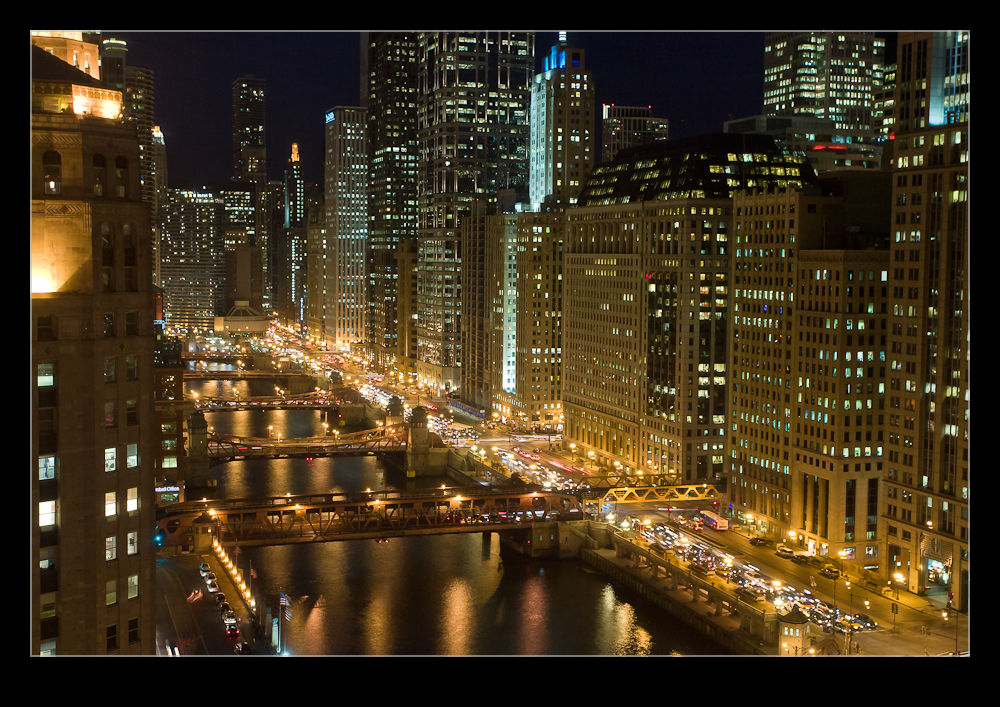