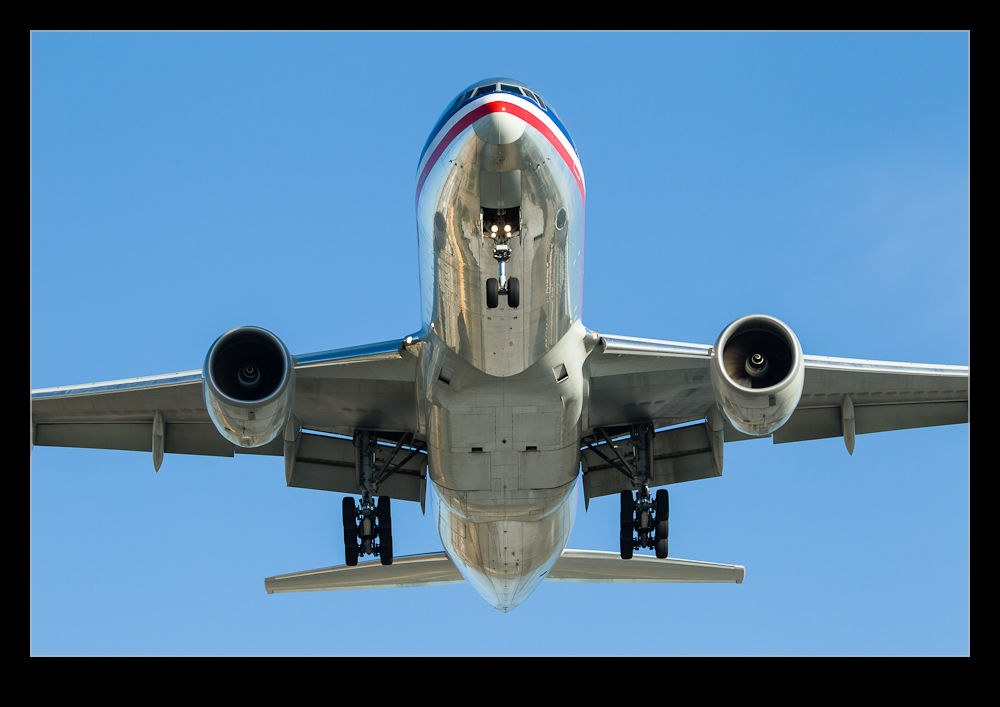 I recently posted about a trip to O’Hare in some crummy weather when I didn’t end up with many good results.  One of the better aspects of that visit was that I found a nice location directly under the approach to 14R.  This provides some good head on shot opportunities.  Head on shots are kind of fun I find.  They are a different perspective to normal and mix things up a bit.  You can’t do it all of the time or it is dull but it does make for some more dynamic shots that the standard side on pass. 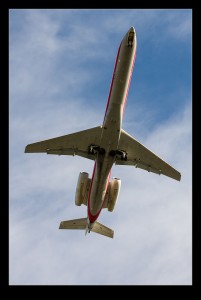 I waited to see when the right combination of wind and weather would occur so that I could get the morning light just off the nose when this runway was in use again.  Fortunately, I didn’t have to wait particularly long.  Things lined up quite nicely so I popped out to have a look.  My desire to stay in bed meant that I was about five minutes too late to catch the ANA arrival from Japan but others were on the way so it was a nuisance but not a huge loss.  However, en route I did take a look at the south side of the field for other possible shooting locations. 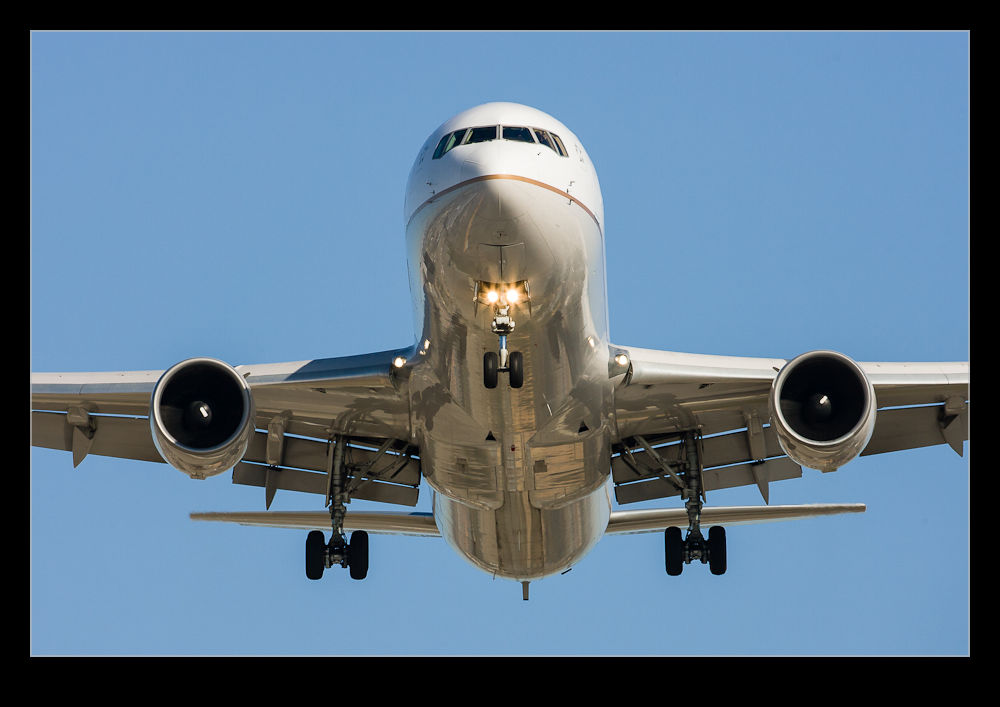 I had shot a few years back at a spot that provided a great view of aircraft departing off 22L, many of which turn quite early after departure giving some topside views.  This spot ended up having a warehouse facility built on it which was a nuisance.  however, further development in the area has provided some spots to park so I checked out one of these and it seems a reasonable option.  Then I headed to the approach. 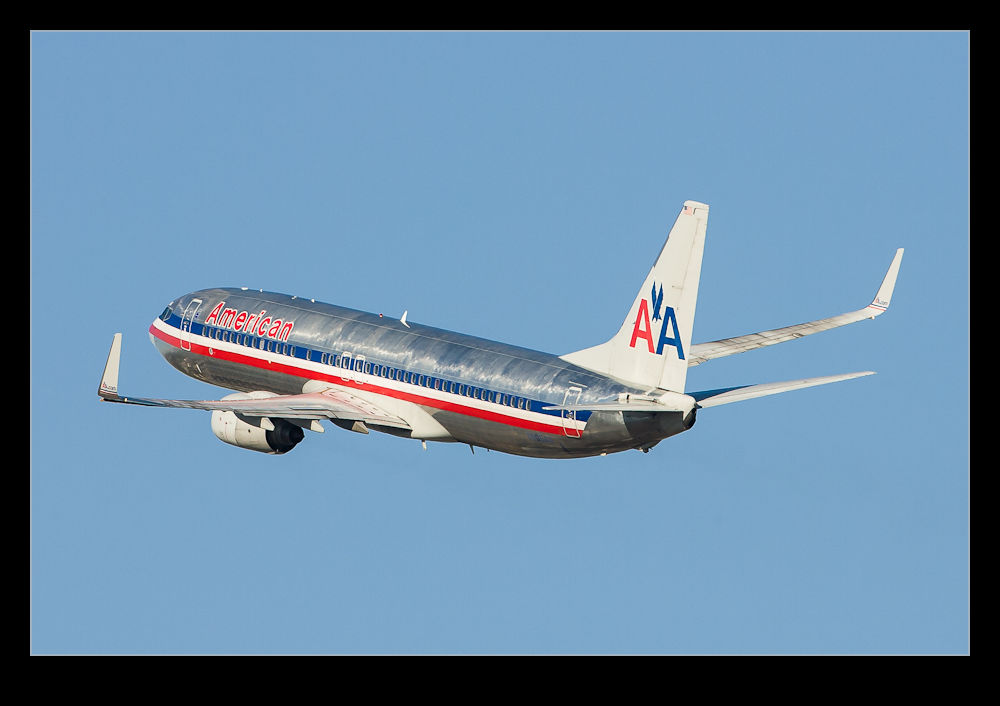 In good light it seems to work really well.  I experimented with wide angle shots as they pass overhead as well as long lens shots that crop tightly in on the aircraft as it gets closer.  Both seem to have some merit.  I didn’t stay too long as there was a gap in the larger arrivals so I headed back to my other new spot to try a few departure shots.  Then it was back to the approach for the last of the big jets and then home.  Not a bad morning really and with the day only just started, plenty of time to do other things. 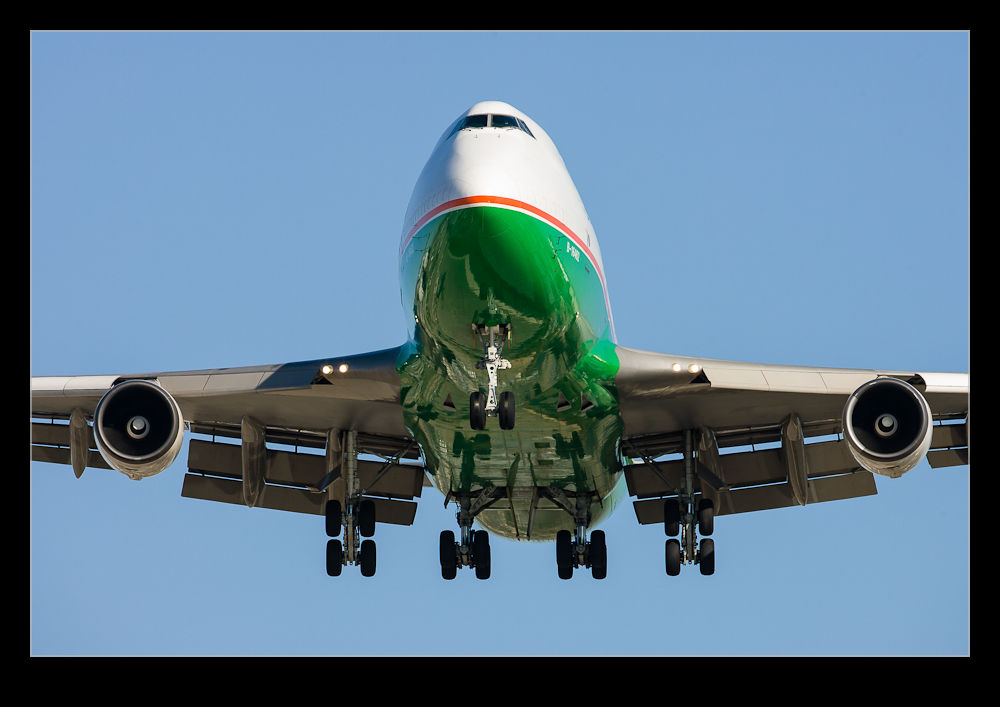 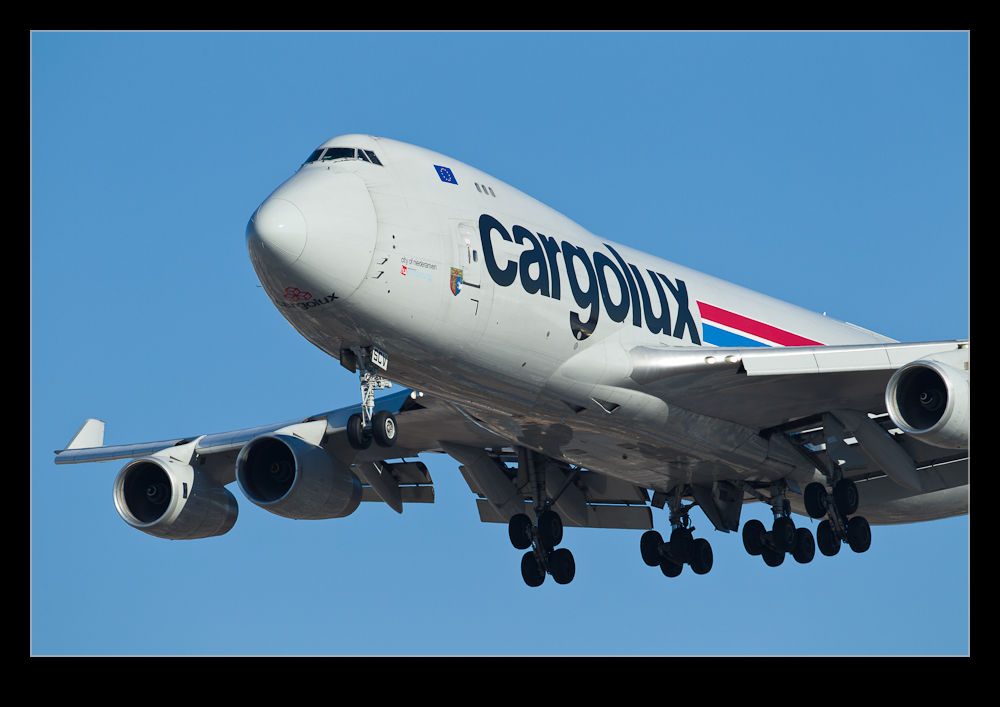 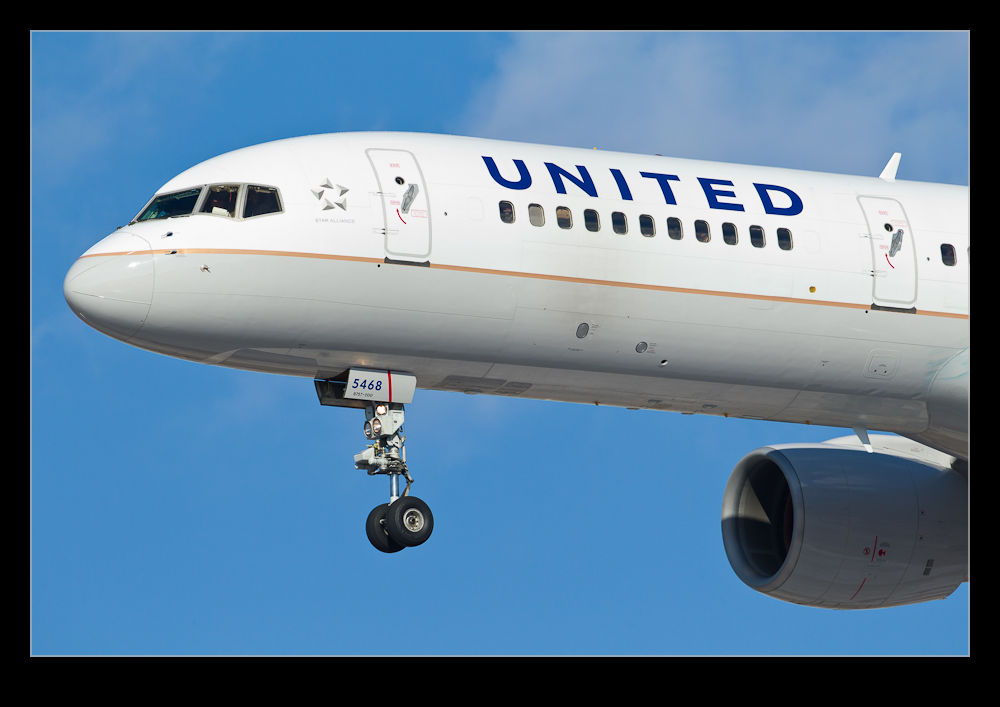 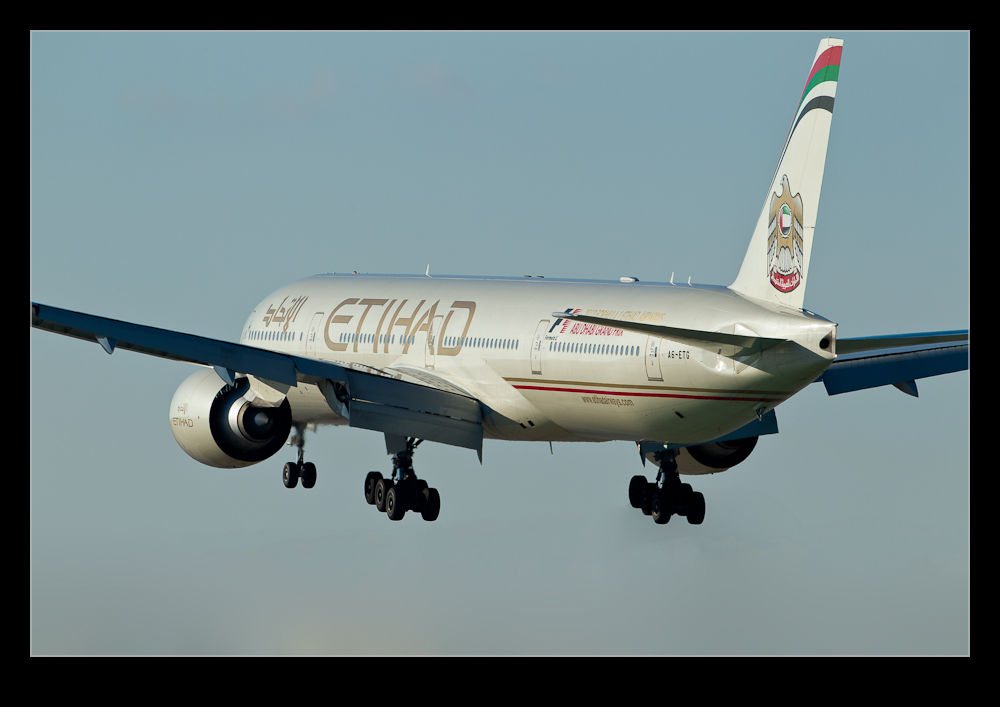 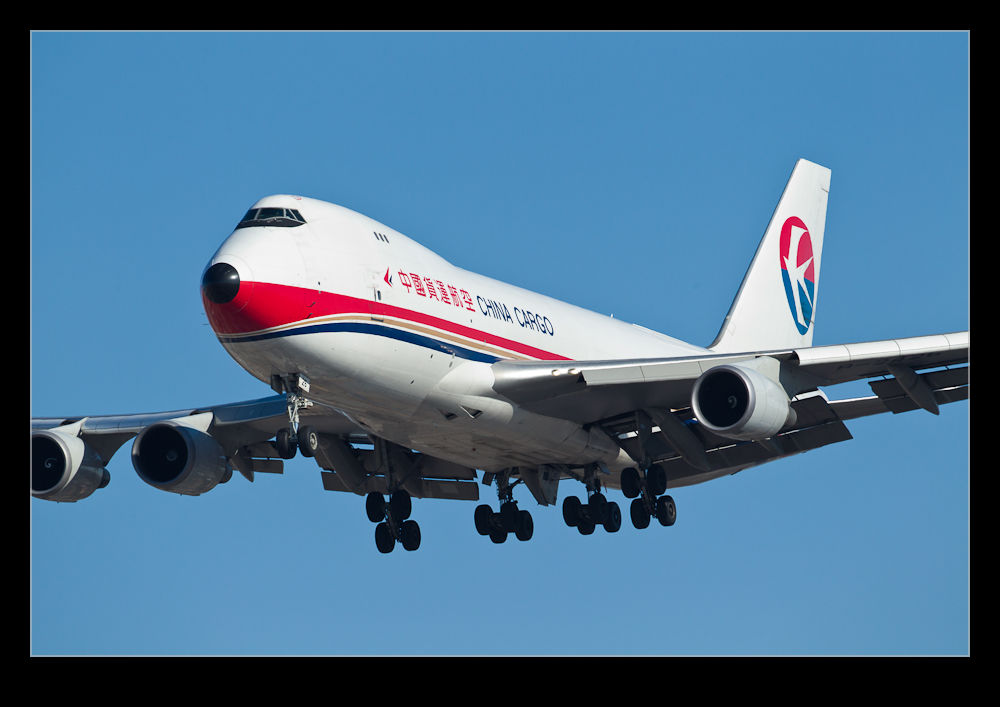 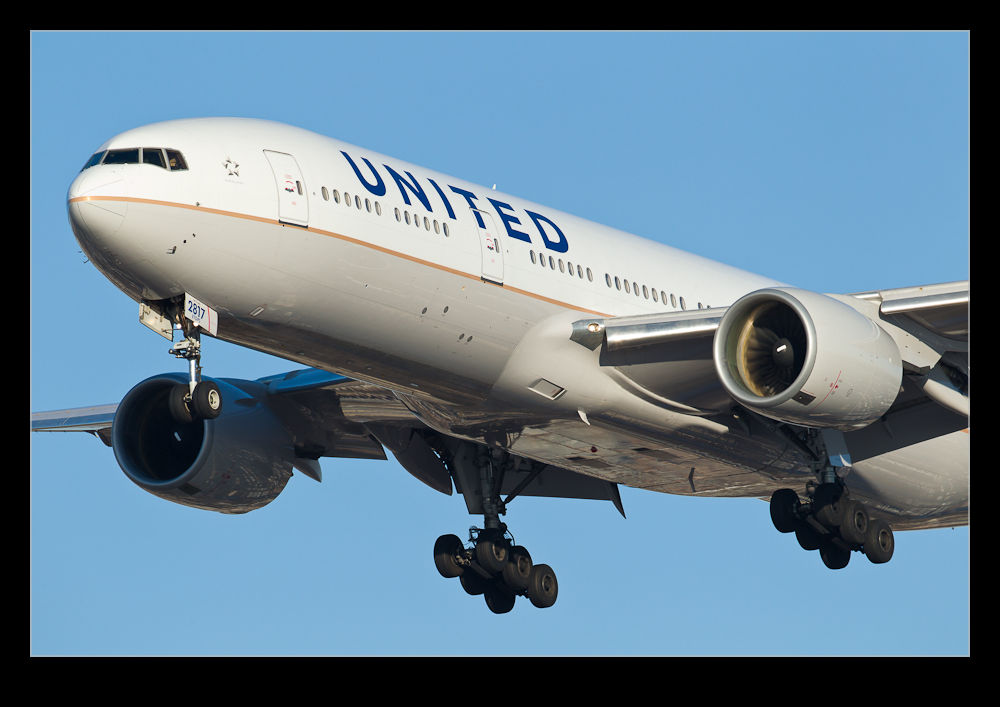 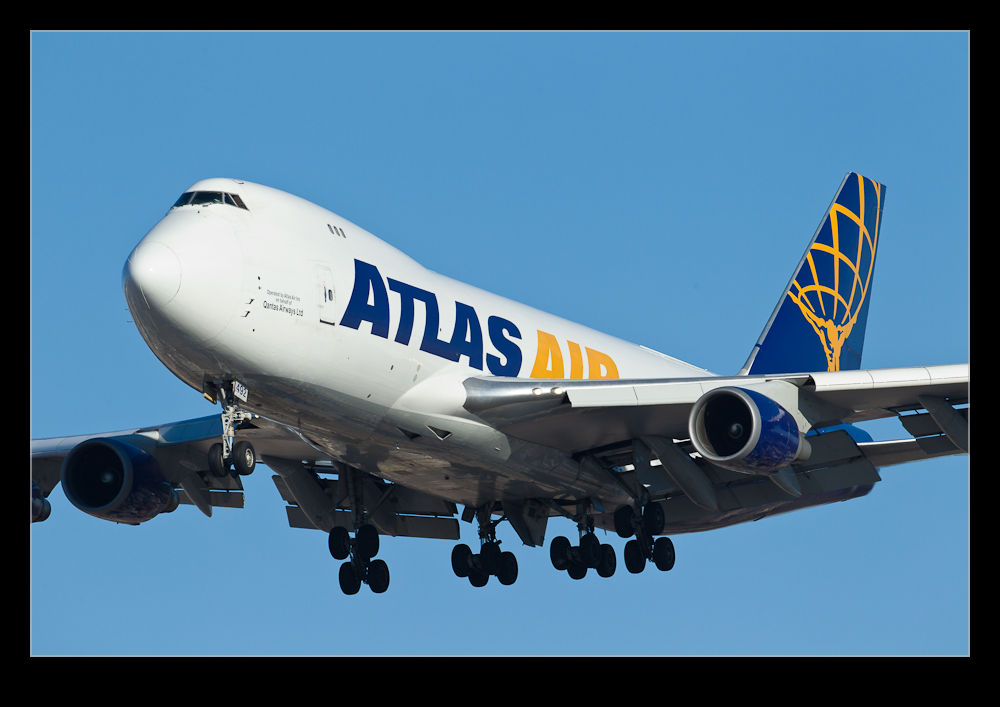 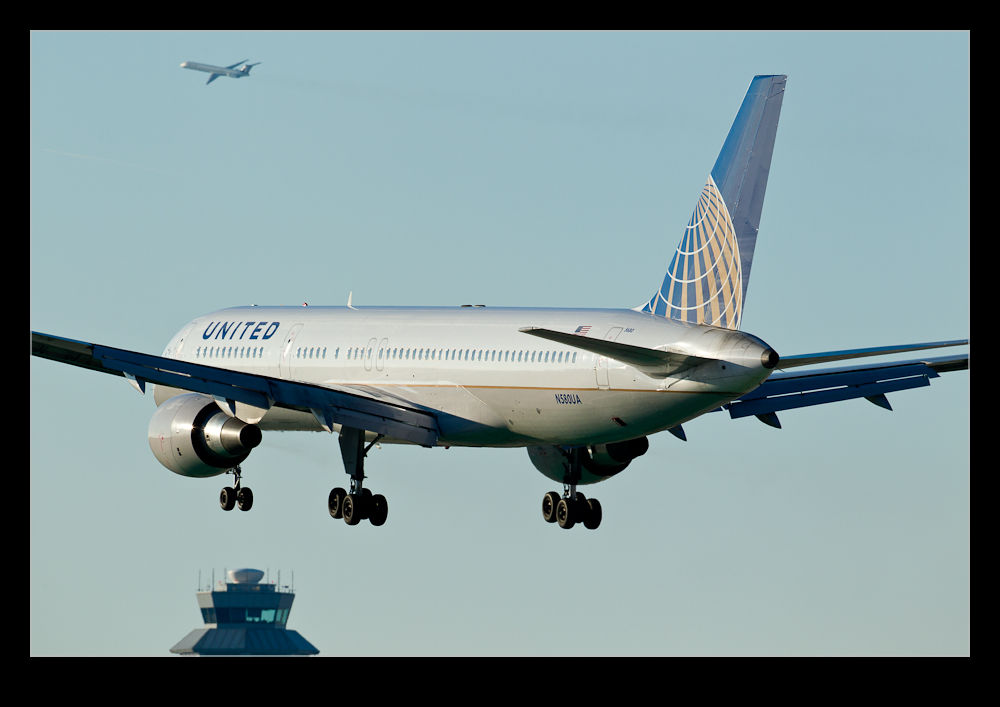 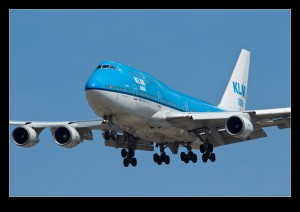 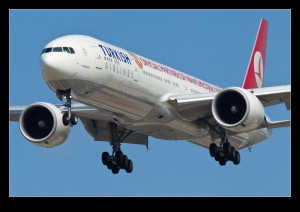 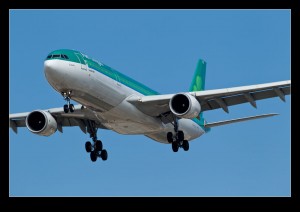 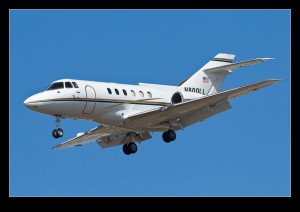 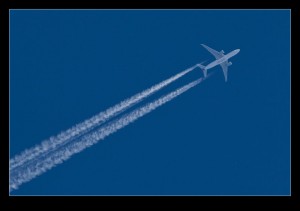 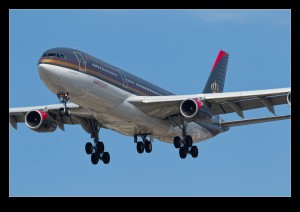