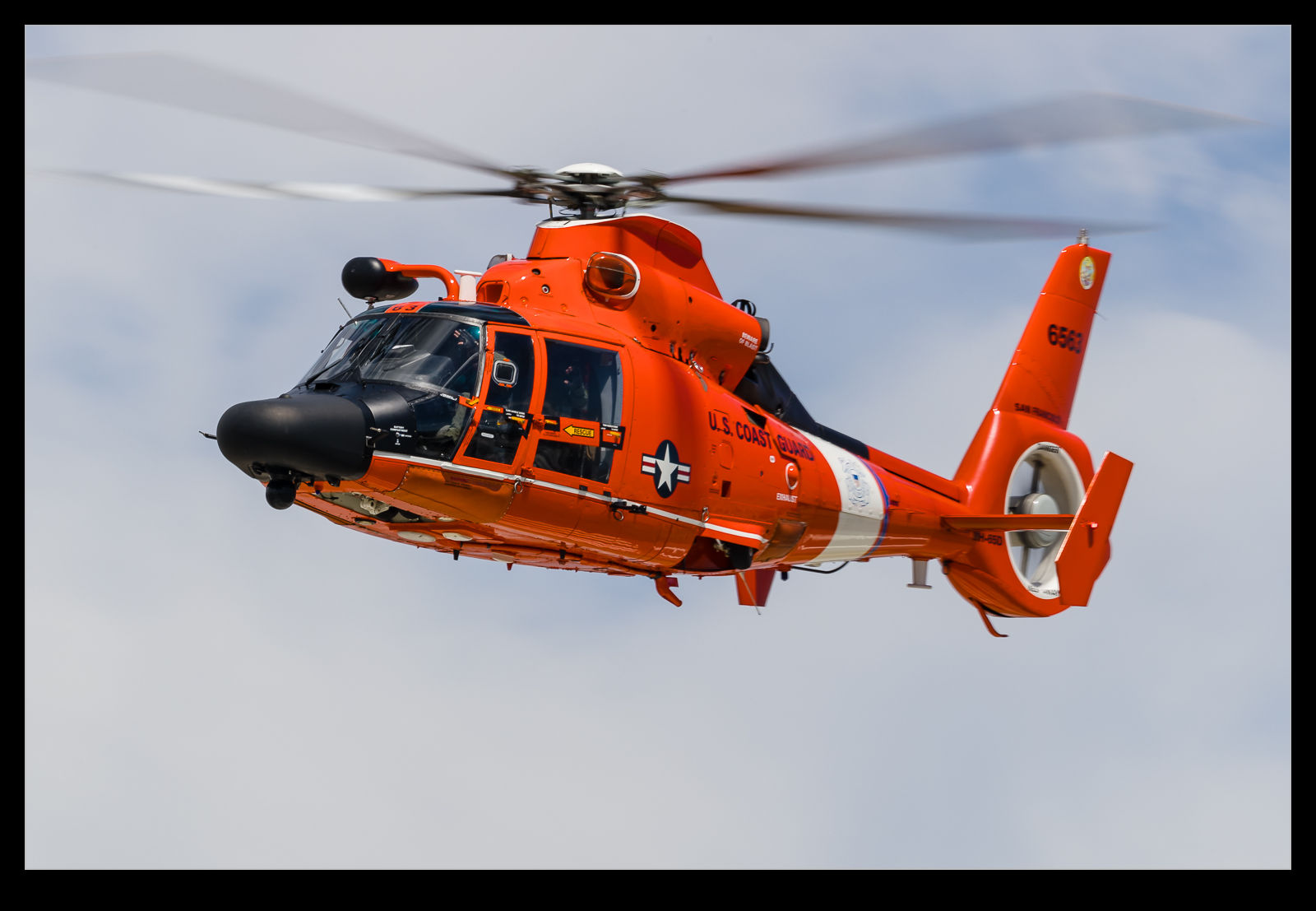 Two rescue helicopters were on show at Heli Fest.  The 129RQW from Moffett Field had brought along one of their Pave Hawk helicopters while head the other way up the peninsula and you get the Coast Guard based at SFO with their MH-65 Dolphins.  If you find yourself in need of helicopter based assistance in the Bay Area, one of these units will probably be sent to help you.  The Coast Guard unit will be the first to respond.  However, if you are further offshore, the Pave Hawk may be the one tasked.  If they are training nearby, they may just be the easiest ones to send. 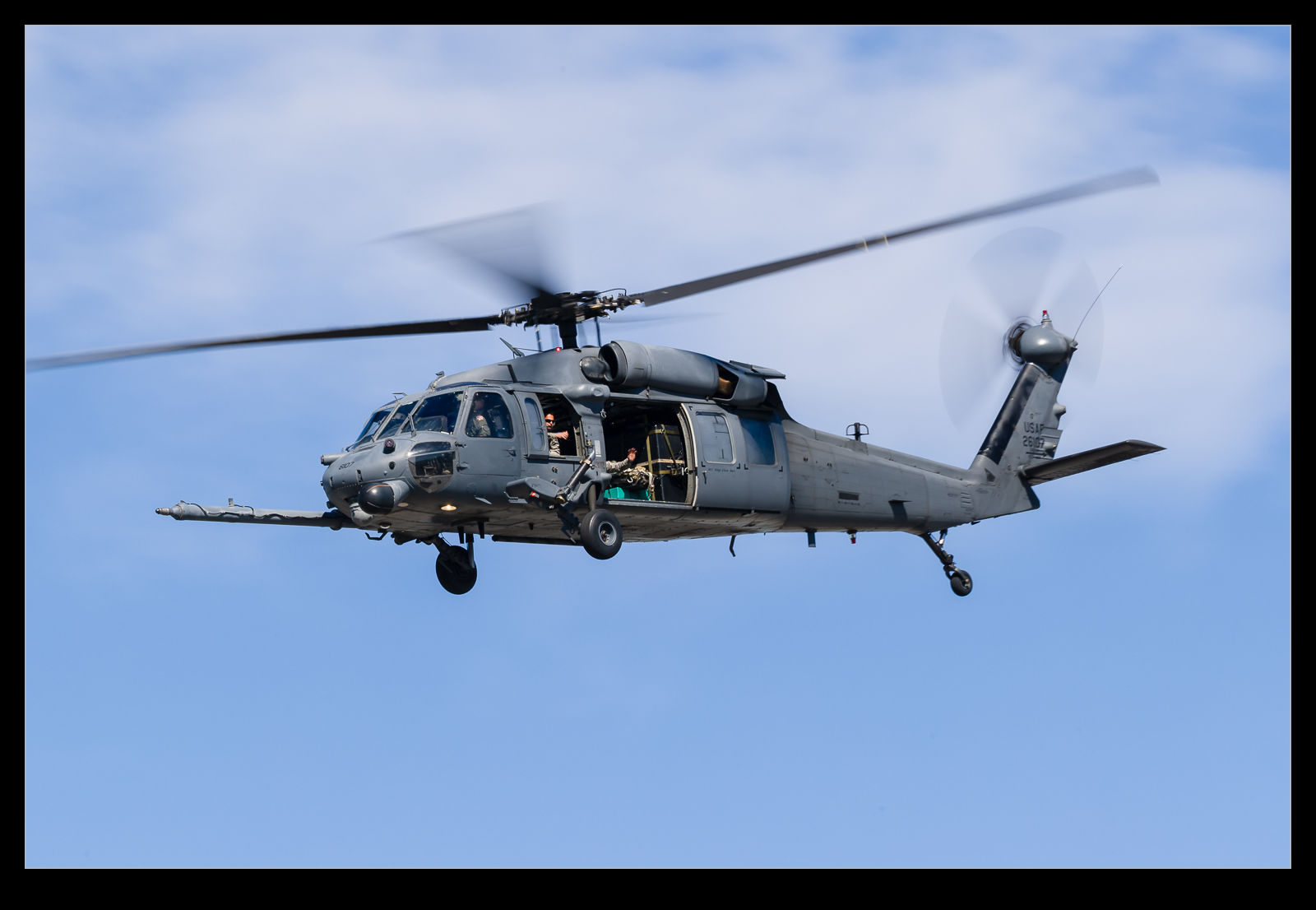 Whichever unit and aircraft it is, you will, no doubt, be really pleased to see them.  Both helicopters were popular with the visitors.  They had long lines of people waiting to take a look and talk to the crews.  I was chatting with the Coast Guard guys about their planned departure time.  They were way too optimistic.  The line of people was still big when they originally planned to go.  Eventually, they had to put someone in place to mark the end of the line.  They were still turning people away but they needed to clean up, check the airframe and get going at some point! 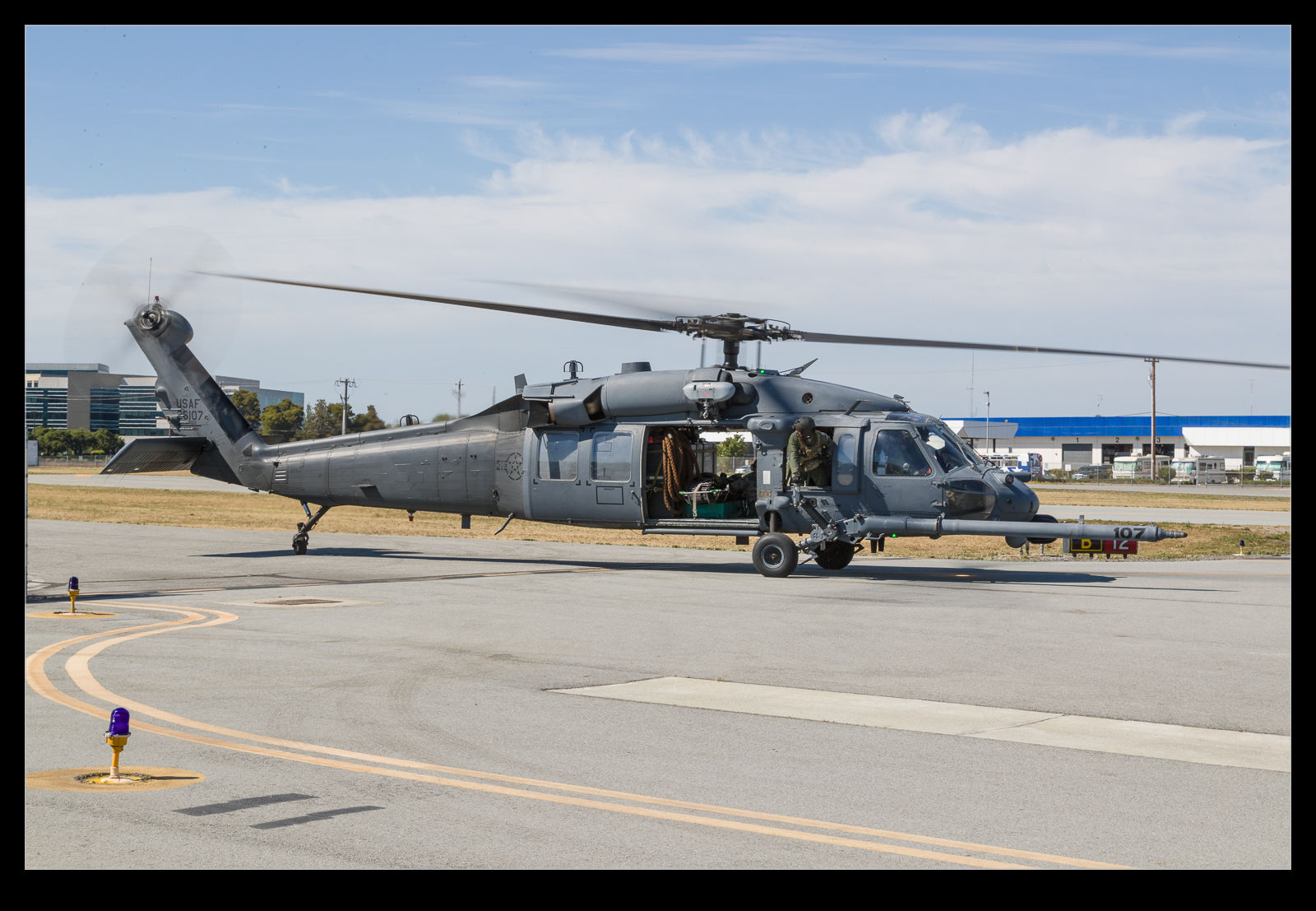 The Pave Hawk did a nice job of taxiing out of the confined space in which it had been parked.  Both of them made nice passes prior to heading off.  The Dolphin is a sleek looking airframe so it looked pretty cool as it made its pass.  Good job by both crews for having dealt with so many visitors during the day.