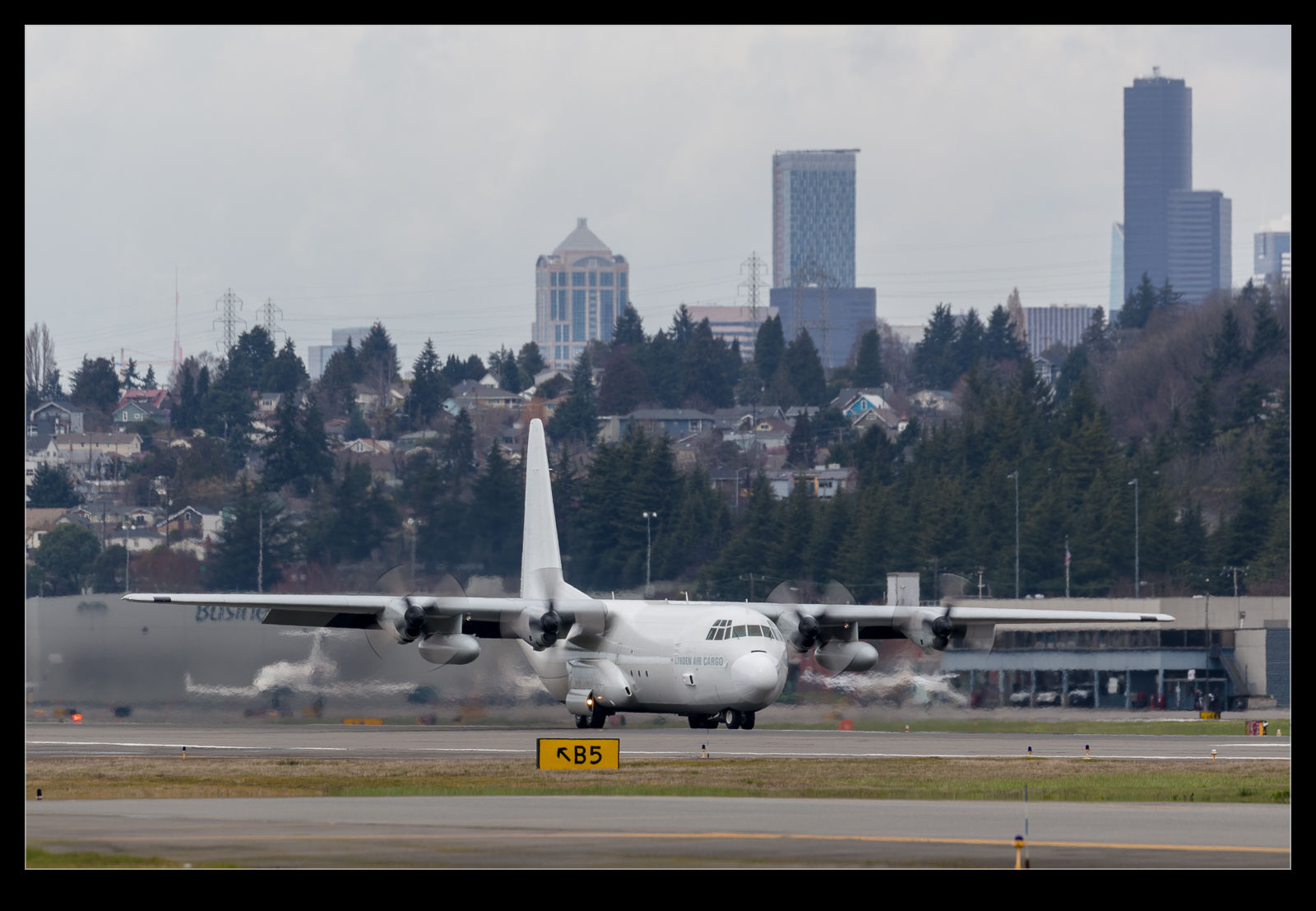 I was at BFI one day looking to get some other interesting visitors and I had got what I came for.  I was just contemplating whether to go home or do something else before returning when I saw something on the approach at the other end of the field.  It looked big, smoky and a prop so I thought I should wait a little longer.  A look through the long lens told me it was a C-130!  It was a Linden Air Cargo airframe, sadly unpainted in their colors which are very nice. I was most glad that I hadn’t been in a hurry to get on my way! 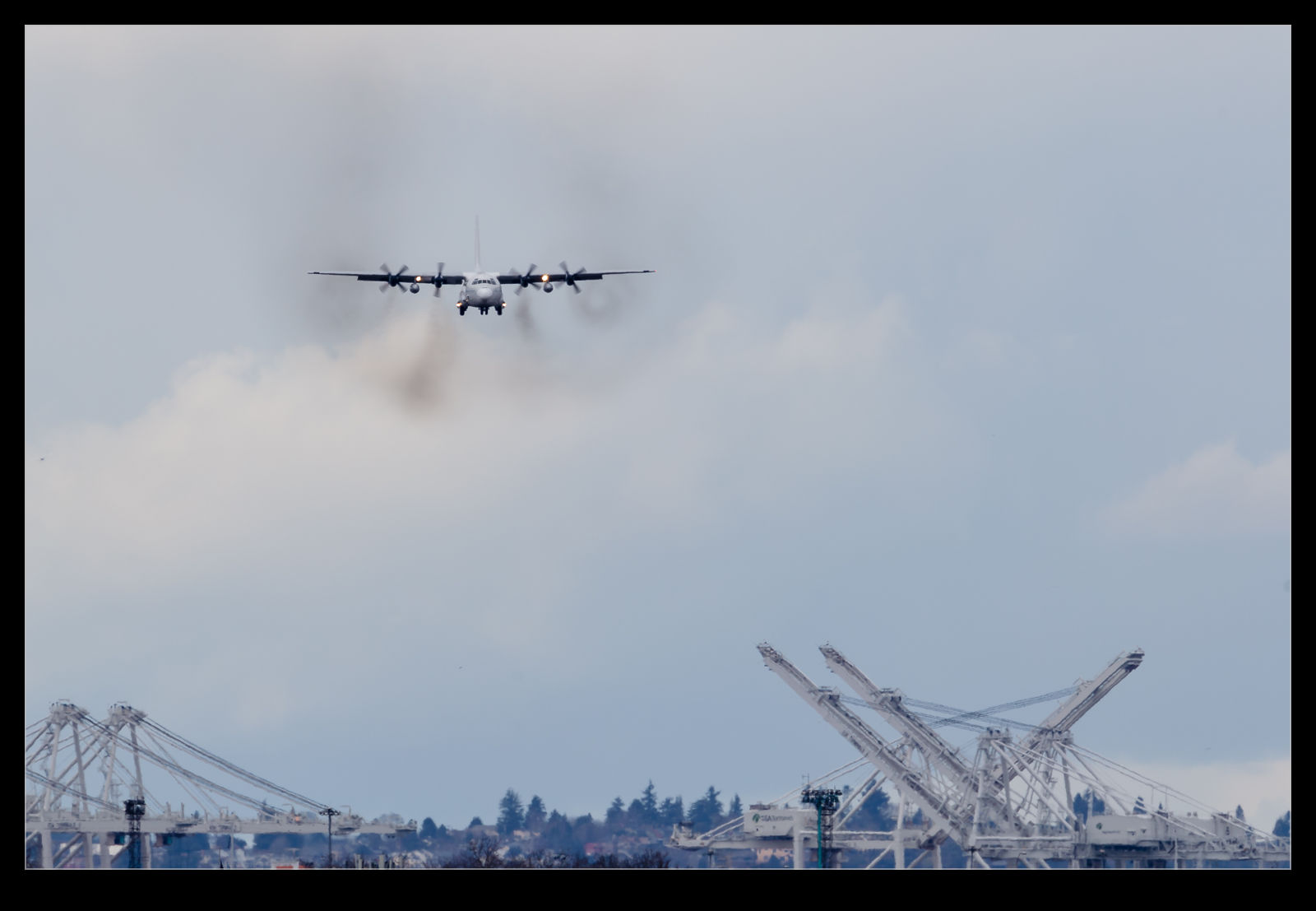 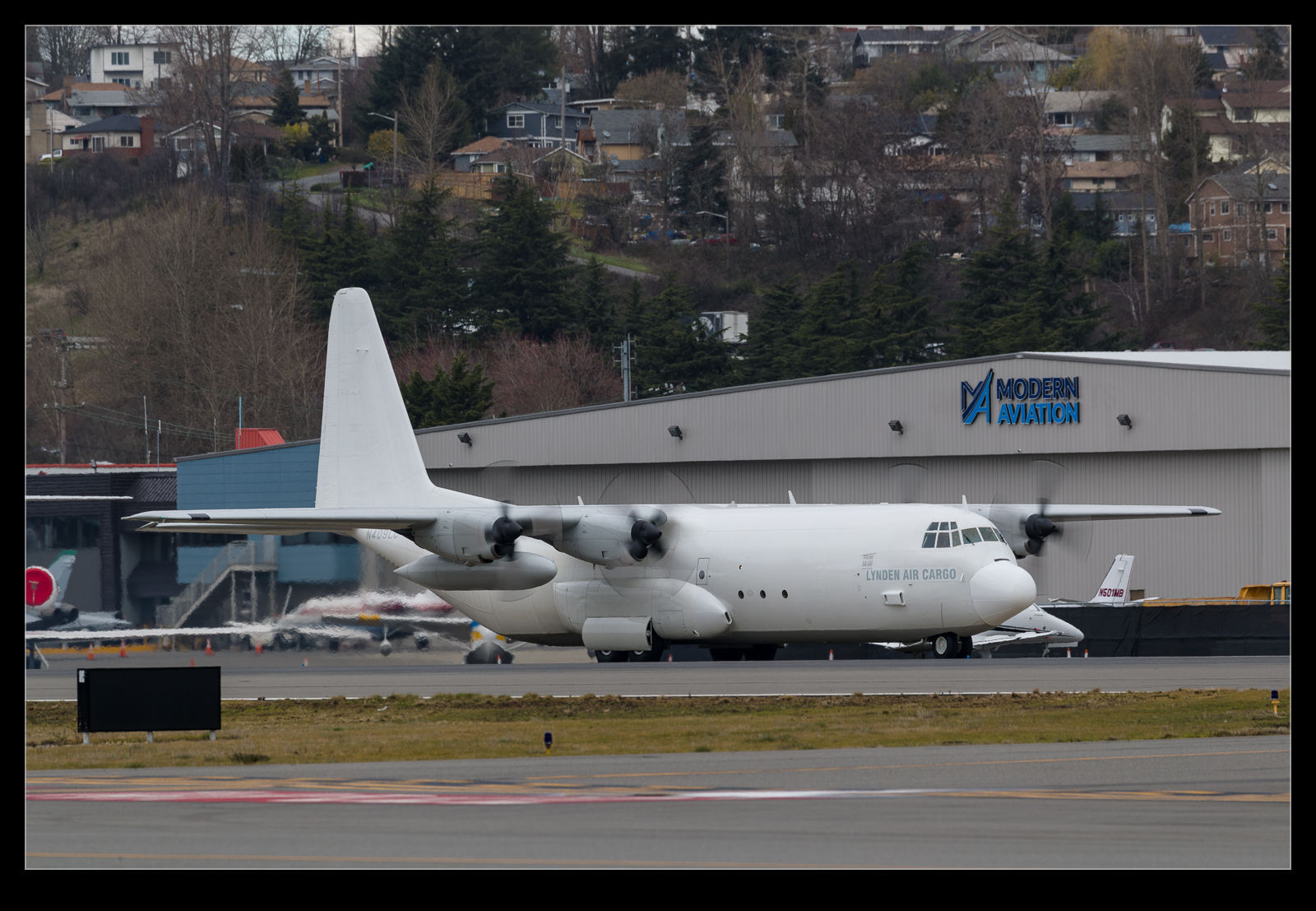 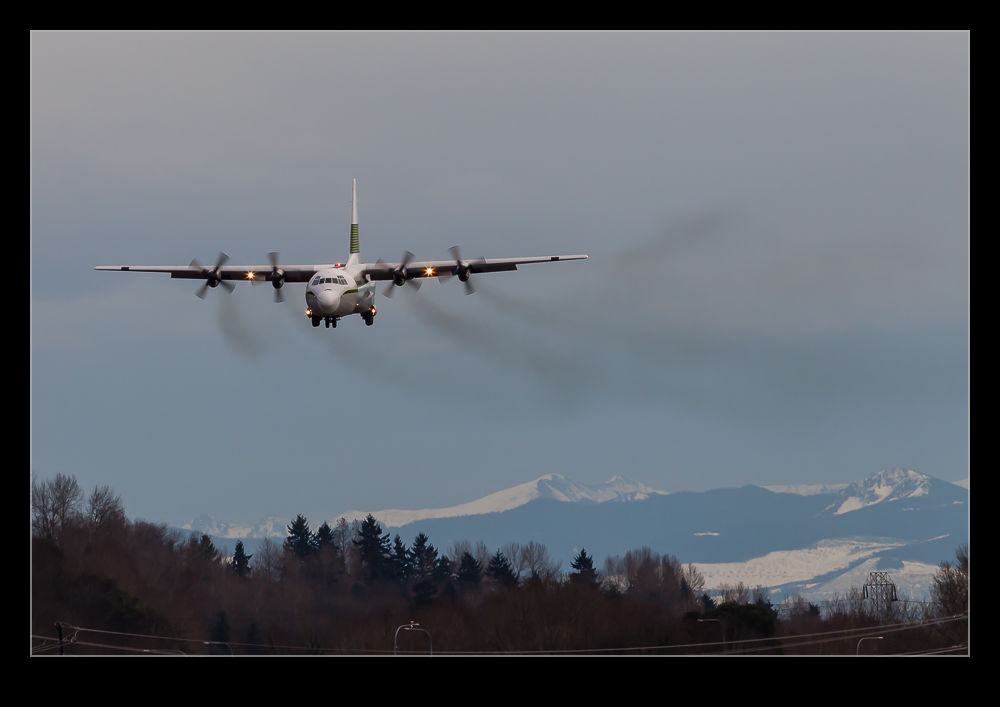 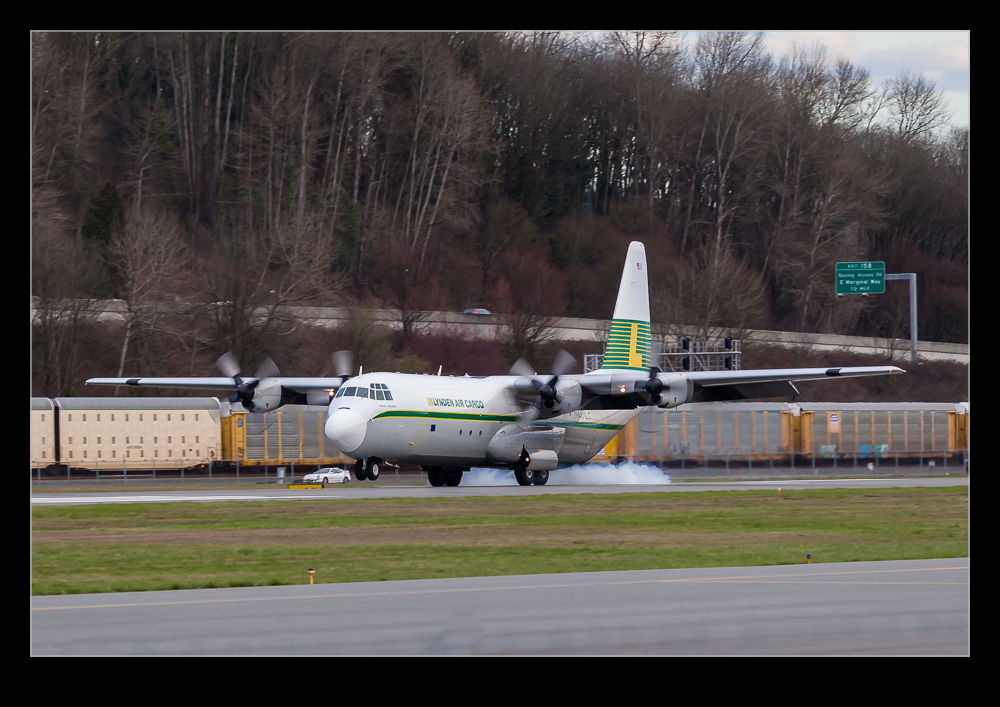 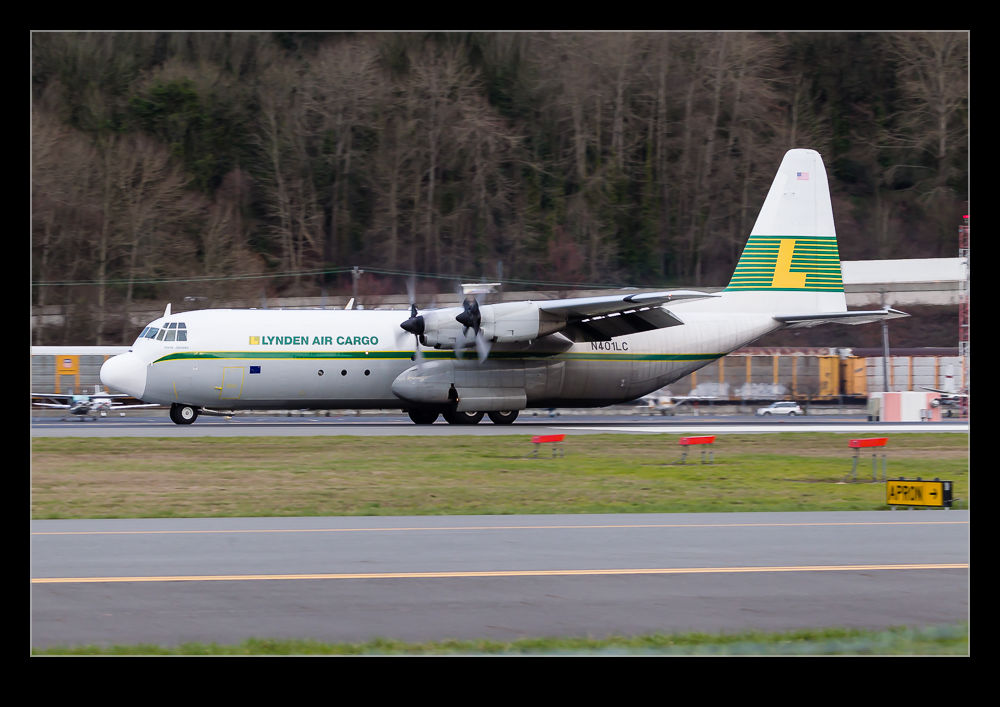