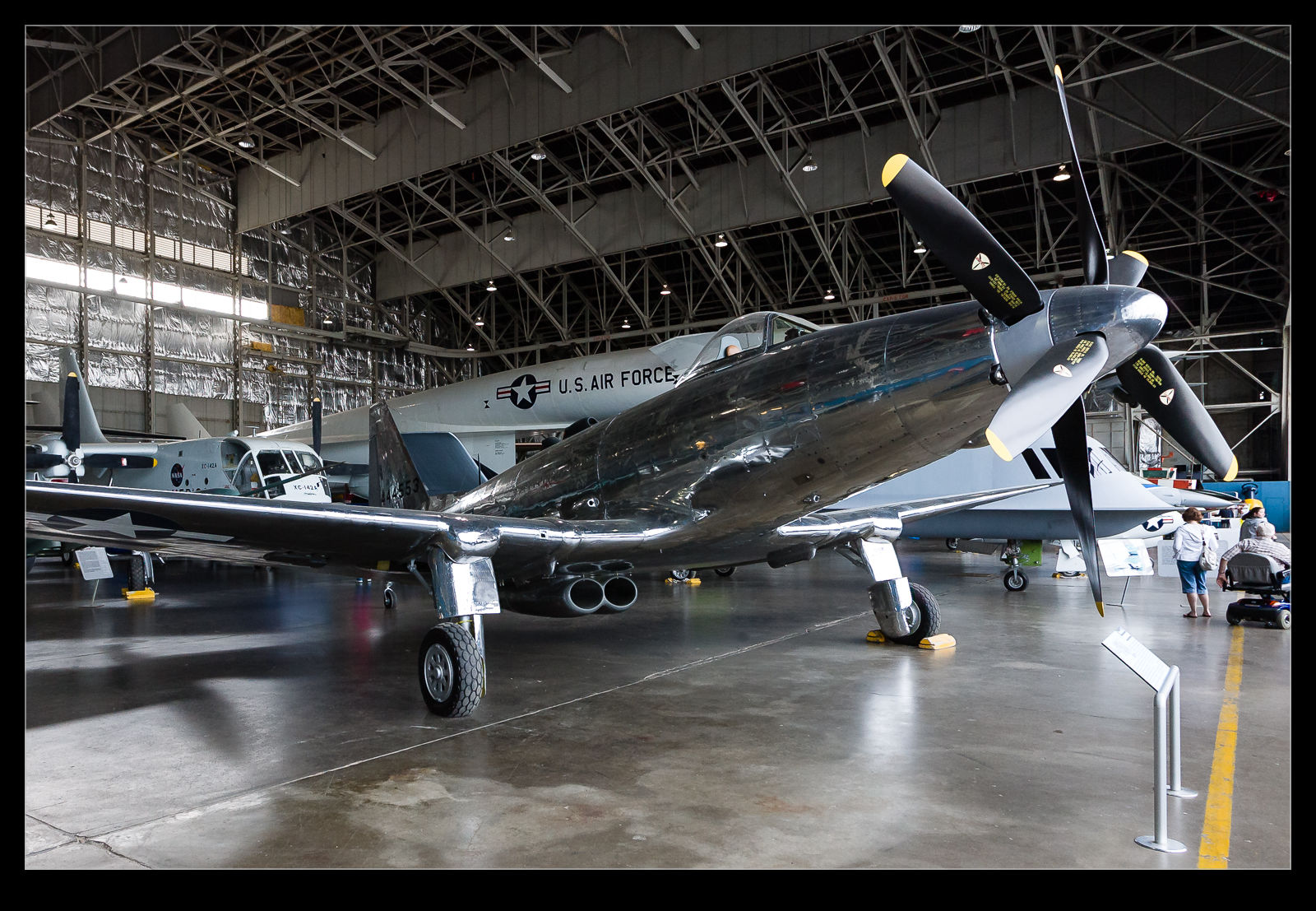 While researching some old images of mine from the experimental hangar at the USAF Museum in Dayton OH (the collection of which has since been moved into a new, custom build display hangar which is far more spacious), I saw some shots of something which, to be honest, I had no idea what it was.  I took a look at the website of the museum to try and identify the type.  It is a Fisher P-75A Eagle. 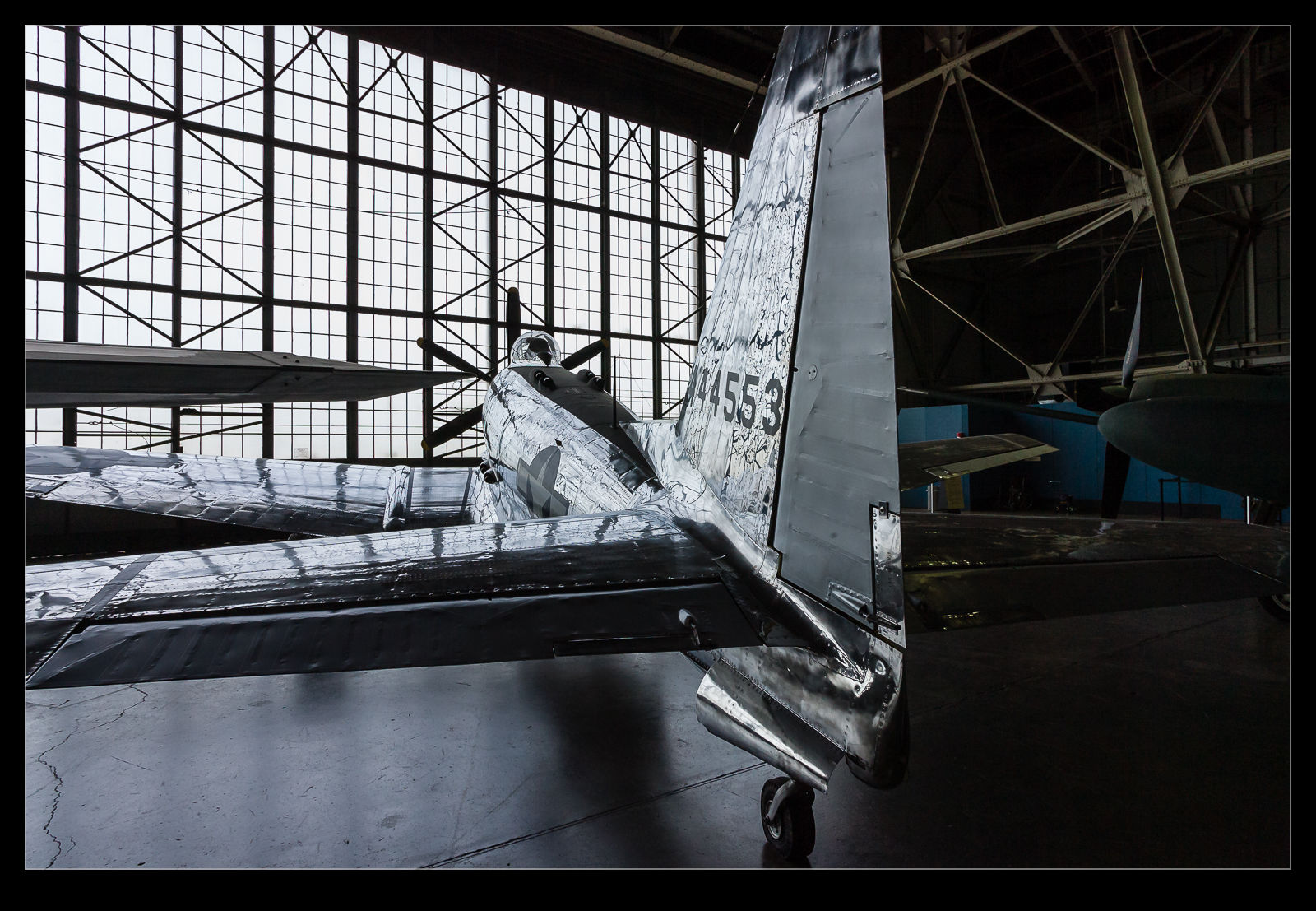 I did not knew Fisher existed and discovered it was part of General Motors.  The configuration of the aircraft is quite unusual.  The engine is mounted in the middle of the aircraft driving a contra-rotating propeller.  The cockpit is further forward that on other single-engined fighters of the era since there was no space allocated to the engine up front.  The underside includes a pair of inlets.  The airframe is finished in polished metal rather than paint.  Overall, it looks quite impressive.  From what I read, another type was not deemed as necessary so development was terminated and they used the airframes for engine development work.  Funny how I saw it on the visit and took photos and then promptly forgot about it. 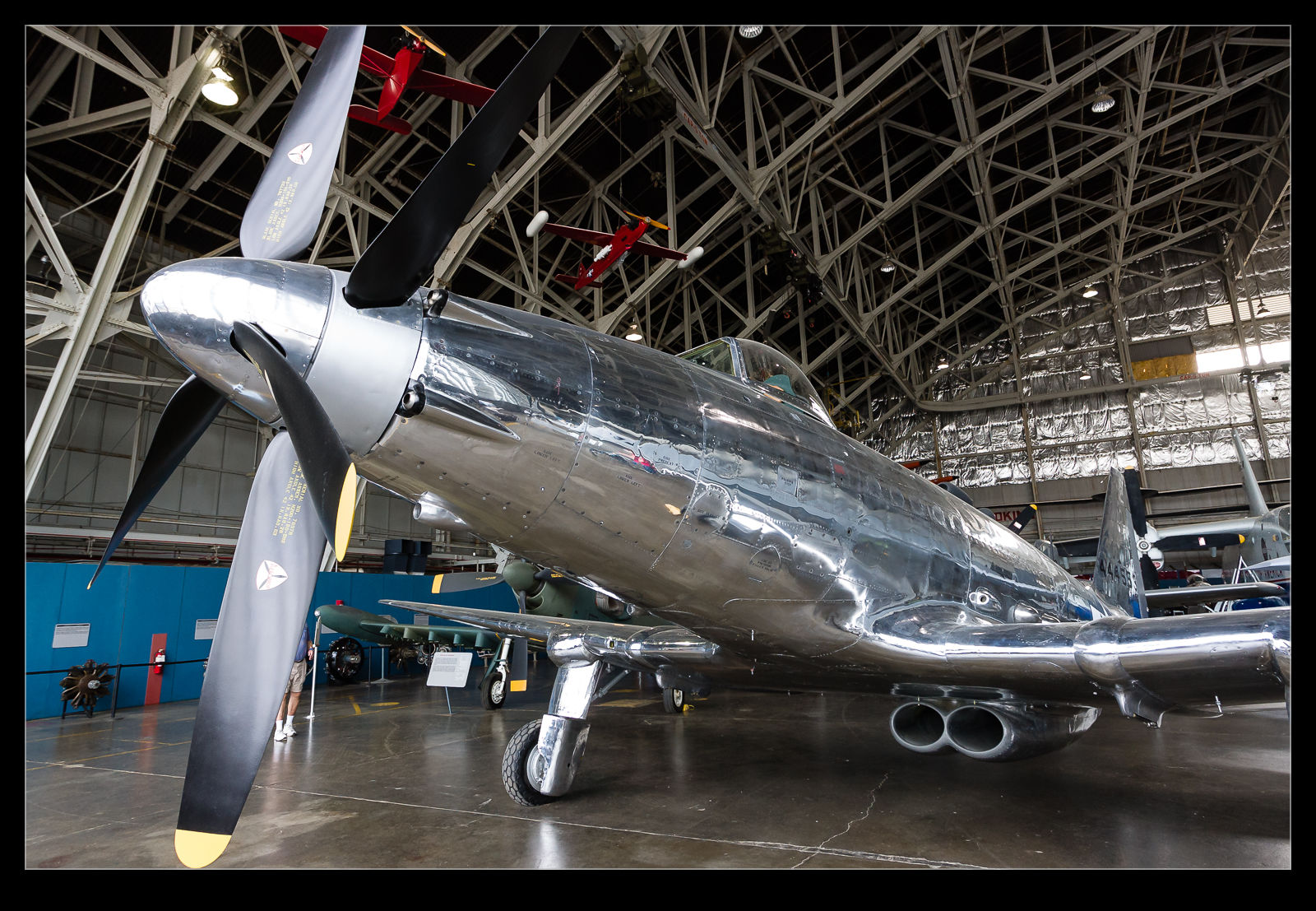